A Tryst with Mehr un Nissa, in Bengal

As you enter Bardhaman through Noor Jehan Gate, built 424 years ago to welcome the town governor’s wife Mehr-un-Nissa, you get the uncanny feeling that you’ve stepped into a Xanadu of Mughalia Saltanat, the great Mughal empire.

The thick-closed wooden doors of the mahals, rajmahals and havelis of the jagirdars, zamindars and rajas lying strewn around the old Muslim neighbourhoods of this ancient city in West Bengal, offer you a true glimpse of Mughal era Hindustan.

It is Bardhaman where Mehr-un-Nissa came in 1594, as wife to its governor Ali Quli Istajlu, known as Sher Afghan Khan. 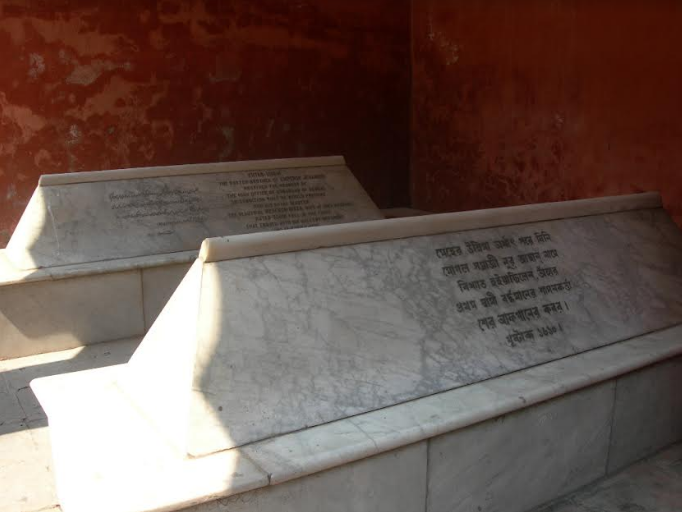 Tombs of Sher Afghan and Qutubuddin lying side by side.

For this re-marriage, however, a bloody sword duel was fought in 1607 - resulting in the death of Sher Afghan and Qutubuddin Koka, foster brother of Jehangir and son of the sister of the Sufi saint Sheikh Salim Chisti.

Both died fighting over Mehr-un-Nissa. Their white marble graves look identical lying side by side at the majaar of Pir Bahram. 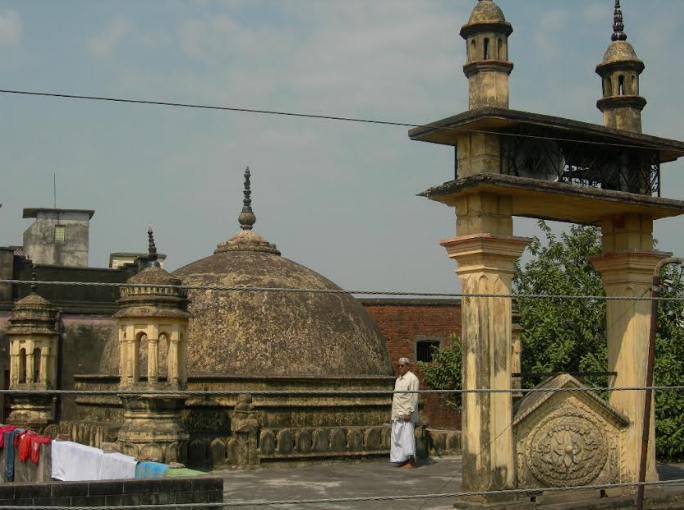 Kalo Masjid: a mosque built during the time of Jehangir’s reign (probably at the order of Noorjehan)

At the time Mehr-un-Nissa’s only child Laadli Begum was a tiny tot. Ladli would later marry Sharyar, son of Jehangir from one of his 19 wives.

Bardhaman is a living page of Mughal history interwoven with the life of Empress Noor Jehan. Thousands of visitors from across the world flock here every year to see the two identical graves of the duellers for her hand.

Why are both the tombs identical? History is mute here.

Efforts by the West Bengal government are currently are on to put it on the international map of history tourism. A large number of researchers come here in search of Mehr-un-Nissa. 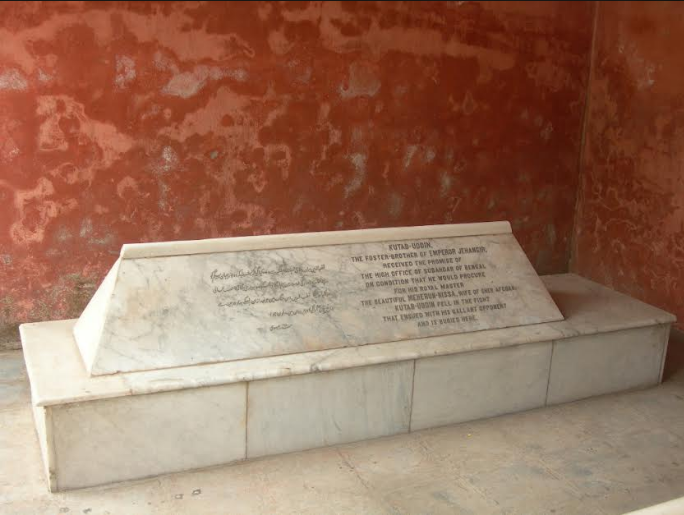 Mausoleum of Pir Baharam: a famous Sufi saint who came to Bardhaman because of a conspiracy hatched against him in the court of Emperor Akbar by Abul Fazal and Faizi (two of the Navratna’s of Akbar’s court).

The Burdwan Development Authority is engaged in developing this ancient city’s historical relics related to Mehr-un-Nissa, who came to the town at the age of 17 when it was known as Badh-e-Diwan in Mughal Bengal. At 30, she left the place for Agra never to return again.

Born on May 31, 1577, Noor Jehan later ruled the vast Mughal Empire from behind the throne, keeping Emperor Jehangir in her iron grip.

She had silver coins minted in her name, being perhaps the only Mughal empress to do so.

Plans are afoot to beautify the tombs of Sher Afghan and Qutubuddin, both monuments protected by the Archaeological Survey of India. The Tourism Department of West Bengal is to further develop this particular spot.

Stories of the duel between Sher Afghan and Qutubuddin still echo in Bardhaman. There are many Muslim families at Alambagh in the town whose ancestors lived during the time of the historic duel. They vividly narrate tales of the duel that they heard from their ancestors.

The remains of Sher Afghan and Qutubuddin were exhumed from their original graves and re-interred within the premises of Pir Baharam in 1610. The very next year, Mehr-un-Nissa’s name became Noor Jehan, and she became queen.

Jehangir was her second husband and she was the Mughal Emperor’s twentieth wife.

If a lover could go to any extent to kill his rival, Jehangir was no exception. In 1607 he commissioned Qutubuddin to bring Sher Afgan to Agra where he would either be beheaded or put into a dungeon, as the Mughal court had charged him with siding with the Afghan rebels.

But Sher Afghan refused point blank to surrender to Qutubuddin and challenged him to a duel when he came to Bardhaman. They fought a very violent sword duel resulting in both their deaths.

Noor Jehan died in 1645 and is buried in Lahore, alongside the tomb of Jehangir.