For those who might have missed it the first part of this was carried by The Citizen The-First-Lady-of-Punjab a while back. And Langar Buzz in this follow up seeks to bring readers up to date with Aroosa Alam, the charming and beautiful companion of Punjab Chief Minister Amarinder Singh. And report that all is well. She not only took active part in the campaign, but is now truly the first lady, the centre -point of deference. The social butterflies of Chandigarh are vying with each other to be in her acquaintance list, and from there move rapidly to the intimate guest list. Ms Alam is of course, South Asian enough not to open the door for any and everyone, selective in her choice, with a little bit of arrogance thrown in as she is in “power” now. The King, as the Chief Minister is fondly referred to by his friends dotes on the lady, as she indeed does on him and all is well and happy. Except for the handful of journalists who like typical kebab mein haddi, keep insisting on raising her Pakistani nationality, and at dinners in posh Chandigarh homes can be heard asking how she is allowed such access. How indeed? The political parties, including the Pakistan hating BJP has little to say, as Aroosa Alam rules the Punjab roost, joined often by her extended family from Pakistan. Good for her and the King we say, more power to their elbow! 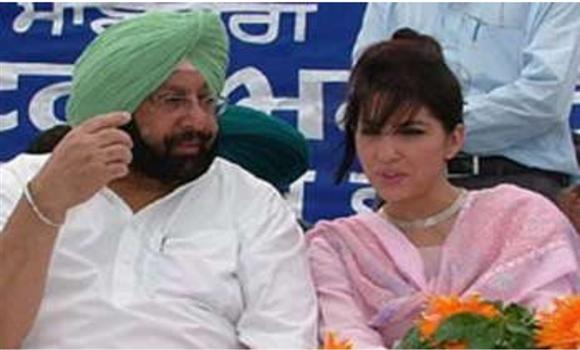 Well, the business community is the last to turn from one dispensation to another, as conformity is the nature of the beast. So it becomes a matter of covert discussion when the business grapevine suggests that at least two big industrialist friends of the present government moved to fund the Congress in the recent Assembly elections in Madhya Pradesh and Chhatisgarh, spreading their affections as it were between two opposing parties. That they were pretty loyal to the ruling party in 2014 and subsequent years has added more grist to the mill as it were with the satta bazaar playing havoc with its Lok Sabha predictions. Right or wrong, this talk does fan the winds of change.

It was interesting to hear a close aide of Bihar Chief Minister Nitish Kumar admit to an inquisitive journalist that by leaving the earlier opposition alliance in favour of the BJP he had damaged himself. “Kiya karen agar hum ne apne hi pair pe kulahdi mardi,” he said with a regretful shake of the head. It is too late now clearly, with Kumar realising too late in the day that had he stayed with the grand alliance he might have been leading the Opposition now as a possible Prime Minister candidate. He did try to open talks with the Congress but predictably, little came out of it. Other opposition leaders too have refused to break bread with him, seeing little point at this stage. Besides they do not want to rile Lalu Prasad Yadav who despite being in jail has been able to keep the Rashtriya Janata Dal a fighting fit force in Bihar with son Tejaswi Yadav in the lead. So Nitish Kumar now has his little choice but to insist that Narendra Modi will be Prime Minister again.

Ajay Maken was moved out to make way for 80 year old Sheila Dikshit whose relations with the party top brass seem to have cemented under Rahul Gandhi. Dikshit had faced considerable opposition as Delhi Chief Minister from Congress leaders, who prevented her from being taken into the Union Cabinet even after two successful terms as the CM, and forced a third term in office on her. Alongside they fuelled dissent and kept her on her toes every step of the way. As Dikshit would say then, her opposition was from within the Congress and not from the other political parties. Hurt and upset Dikshit virturally retired from public life, and emerged when Rahul Gandhi tried to re-induct her in Uttar Pradesh politics in a move that lasted only a few days. But over the past weeks and months he is seen as being polite and affectionate with her, recognising the graciousness that had made her popular in Delhi at least for two of the three terms in office. Well instead of going younger, the Congress has decided to go older in Delhi with sources maintaining that she will lead the Congress into the Lok Sabha polls in Delhi. 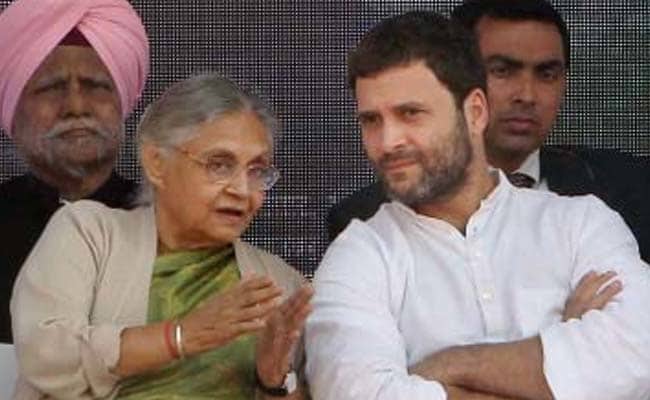