Harijan or Dalit? A Unique Film Festival Grapples With Caste After Gandhi

A festival of films on untouchability in celebration of Mahatma Gandhi’s 150th death anniversary at the India International International Centre in Delhi – from January 7 to January 29 – brings a span of eight decades on screen depicting the evolution of different filmmakers.. A unique film festival curated by Ratnottama Sengupta, journalist and filmmaker.

Produced under the Bombay Talkies banner, Achhut Kanya (1936) was directed by Franz Osten with the story by Niranjan Pal, dialogues by J.S.Casshyap, photography by Josef Wirsching, art direction by Karl Von Spreti and Sound by Savak Vacha. Devika Rani and Ashok Kumar portrayed the two leads in the film The film turned out to be a thundering hit at the box office. 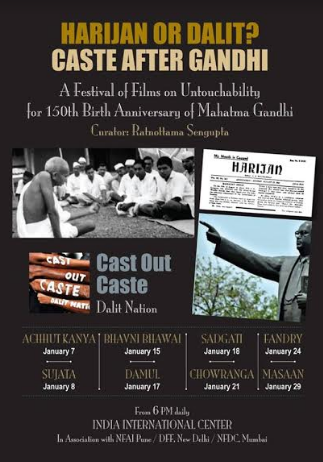 The storyline goes as follows: Caste prejudice and class barriers prevent marriage between Kasturi, a Harijan girl, and Pratap, a Brahmin youth – both childhood friends and in love. Soon, Kasturi is forced into a loveless alliance with one of her own caste. When a chance encounter at the village fair brings the two lovers together, Kasturi’s husband, inflamed by jealousy and suspicion, attacks Pratap at the railway level crossing, where he is employed as gatekeeper. While the two men are engaged in a fierce fight unmindful of a fast approaching train, Kasturi, in an attempt to save them, is run over and dies.

Sujata by Bimal Roy is a sensitively directed film. The story is told in a series of deft, restrained episodes never ever lapsing into self-pit.. Unlike P.C.Barua, whose Devdas Roy had photographed before remaking the film himself, where a death or two would have seen the story out of its tangled web, the director in Bimal Roy insisted that a marriage between the low-caste Sujata and the highly educated and Brahmin Adhir is not only possible, but is necessary.

There are several references to Gandhi in the film. In one poignant scene, as they stand together along Barrackpore’s Gandhi Ghat, Adhir tells Sujata that once, when out of the blue, some people donated a sum of Rs 13,000 to Gandhi, when everyone was ready to reject him for having taken in an untouchable girl within the Ahmedabad Ashram. Gandhi stood his ground and refused to let the girl go away even when he knew that the very existence of the Ashram stood threatened by his move.

The climactic scene where Sujata’s blood is transferred to Charu following her fall from the stairs is Bimal Roy’s personal contribution, and does not exist in the original novel. Reel 95 has the blood transfer sequence. Charu lies unconscious on the bed. When the doctor informs Upen Babu that his wife needs blood immediately, each family member and even Adhir lend themselves to find if there is a match. There is no match.

Finally, they call upon Sujata. Surprisingly, her blood matches perfectly with Charu’s. In reel 96, the camera captures a top-angle shot of Sujata and Adhir following the blood transfusion. “My blood is poisonous, go away from this breath for your own good,” she tells him. She has penned a letter addressed to him which lies on a table. As Adhir slowly walks out of the room, the letter flies away in the soft breeze to land somewhere, unknown to Adhir. It is later discovered by Upen Babu and he reads it out to Charu when she comes back to her senses – in more ways than one.

Bhavni Bhawai by Ketan Mehta is a layered film that emphasizes a period when the folk Bhawai singers and performers were travelling singers who sang stories and the school of music in Gujarat were known as Bhawai performers. Although Dhiruben Patel, the author of the original story, challenged Mehta for having appropriated it without acknowledging her, Bhavni Bhavai went on to be adjudged the Best Film on National Integration in the National Film Awards 1980, where it also won for Best Production Design; it received UNESCO's Human Rights Award at the Festival of Three Continents in Nantes.

Bhavni Bhavai is rooted in the folk theatre tradition of Gujarat. It is basically a folk story told by a group of “untouchables” on the run after their huts have been torched, presumably in a calculated act of aggression. Ketan Mehta, as soon as he discovered the world of Asait Thakore, (“He’s like the Shakespeare of India”) a prolific 14th century folk artist and pioneer of the Bhavai tradition, decided that he had the perfect medium of telling a contemporary story in the guise of a medieval cautionary tale, complete with cartoonish tyrant, feisty peasants and royal intrigues. Thakore was a Brahmin outcast who identified himself with the lower castes. 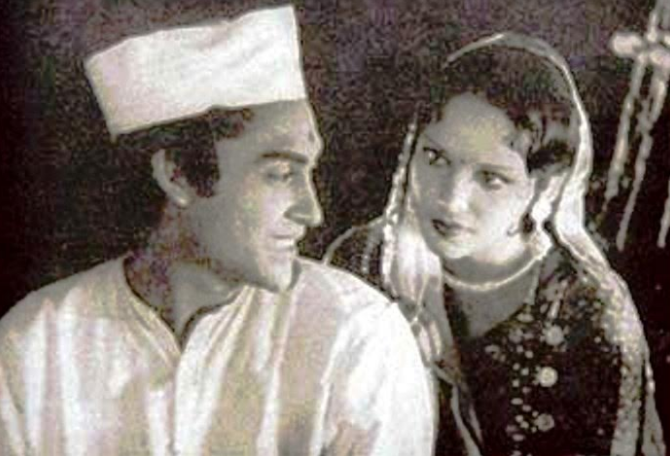 The Bhavai style of performing which he popularized relied on clever lyrics which lampooned the societal setup of the day. The group of wandering minstrels are all Harijans. They use the performance to satirise the caste system and to narrate the sad origins of Jeeva, their young performer who is actually the heir to the king’s throne where they have come to perform. Interestingly, the king has no sons through his two wives. He asks his goons to throw away the son born to the elder queen because he is fooled into believing that he will die if he sees the face of this newborn boy.

But the servants do not kill him and the boy, Jeevo, is brought up by an untouchable manual sweeper and his wife as an untouchable. Whether he ‘redeems’ his rightful position is structured through a beautiful black-and-white series of shots where characters “break the fourth wall” and face the camera head on, addressing the audience directly in suspension of disbelief.

Prakash Jha’s top award-winning Damul is one of the boldest films that seamlessly explored the casteist and capitalist politics in some pockets of rural Bihar. The onslaughts on the oppressed come like a whiplash. An entire Harijan basti (settlement/ ghetto) is held to ransom; the basti is gheraoed (surrounded/ besieged) to stop the residents from casting their votes, subjecting them to the mandatory repayment of debts they had never taken, forcing them to steal cattle for the landlord who leaves them to die if and when caught, but not at his doorstep. 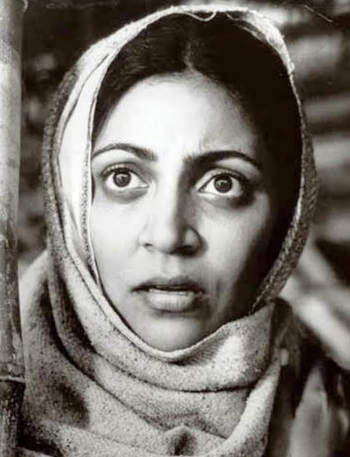 The final blow comes when Sanjeevana, an innocent Harijan from the Dalit basti is sentenced to be hanged to death because he turned wise to the landlord’s wicked ways. The film bagged the Golden Lotus as the National Best of 1984; and Filmfare Critic's Award .

“Satyajit Ray’s Sadgati reminds us of the harsh, very harsh cruelties of the caste system which is a reality that exists even today, a reality that we are not ready to face, much less counter. Satyajit Ray deserves every bit of honor because each and every one of his movies captures that very essence of reality?” wrote Mehal Yadav in the Open Road Review (February 18, 2017). Premchand’s touch of sharp and incisive irony that lies within a class-schismed society and its presentation on celluloid by Ray in stark images of black and white cannot be forgotten. 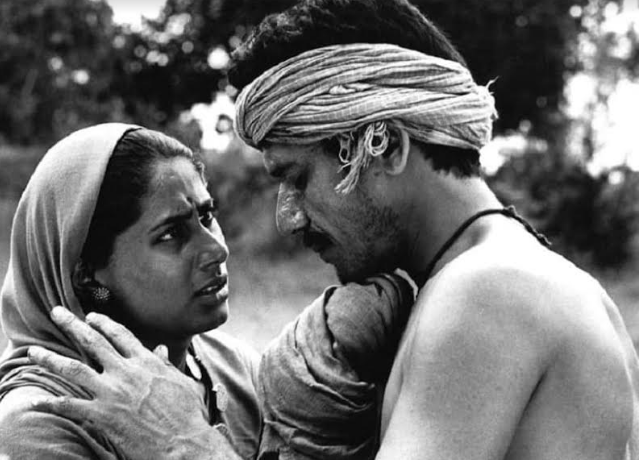 Loosely based on a true incident, Chauranga weaves the dark colours that stain and scar the tapestry of a shining India by taking us into a very remote village which still lives in the dark ages, into the story of the caste-ridden, guilt-free existence of the high-castes who believe it is their birthright to oppress, torture and even kill the Dalits with or without reason. And it is as if the police does not exist. Dalits are at the bottom of the Hindu caste system and despite laws to protect them, they continue to suffer from death threats from the upper castes everywhere in India.

Bikash Ranjan Mishra’s debut film is a scathing indictment of the power politics of caste played by the powerful dominant castes who exploit the powerless, landless and money-less Dalits and discard them when their use is over. The film is also a story of dreams, where Bajrangi hopes to get into the good books of the zamindar yet raises his voice to question him about his mother’s sudden disappearance. Dhaniya dreams of getting the younger son to school by servicing Dhaval, who is in no mood to send the second one also to a city school. It is Santu who rebels against everything that is happening to people of his clan.

Nagraj Manjule’s Fandry is about a boy, Jabya, reluctant to chase pigs like his father does. They belong to a marginalised nomadic group called Kaikadi. Fandry means a pig in the Kaikadi language. The movie in its subtle ways builds up how Jabya is ashamed of his caste, and reluctant to work like his parents – who chase pigs, labour to build houses, dig trenches, cut wood, and so on. He is smitten by Shalu, an upper caste girl in his class, and dreams about her, while increasingly becoming conscious of his own identity, his looks, his dark skin, his poverty, and his caste. 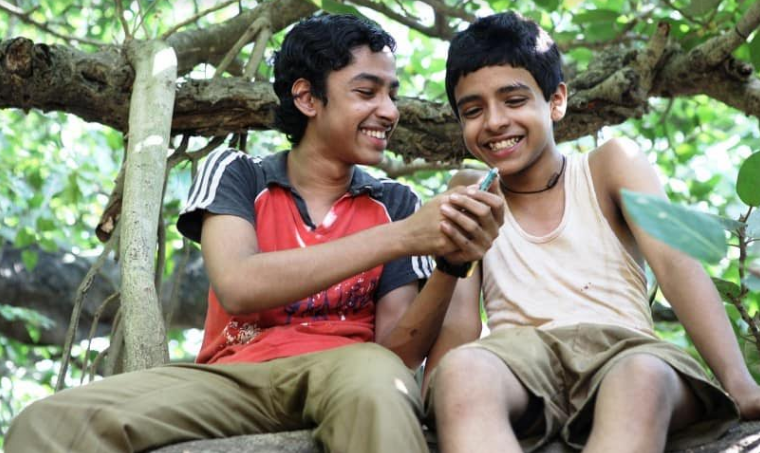 In one sequence, the Patil family, from an upper caste land-owning community, ask Jabya to rescue a piglet stuck in a trench in front of their house. Jabya refuses, which surprises the Patils, who then call his father (Kachru Mane) to take out the piglet. According to Shantanu Gharpure’s brilliant reading in Youth Ki Awaaz, “Fandry is a story of the lived experience of caste, the experience of marginalisation, the dent to the self-confidence of a person. It is deeply informed by Manjule’s childhood struggles and loneliness while growing up.”

Masaan, meaning the ‘crematorium’ that marks the debut of Neeraj Ghaywan’s directorial film, won two prestigious awards - The Un Certain Regard award and the Fipresci Prize at the Cannes earlier this year. Neeraj also bagged the Mahindra Sundance Global Filmmaker Award and the script of Masaan, written by Varun Grover, was part of the Sundance Screenwriters’ Lab in 2014. Shot entirely in Varanasi, the film marks the debut of many among the cast and crew too. 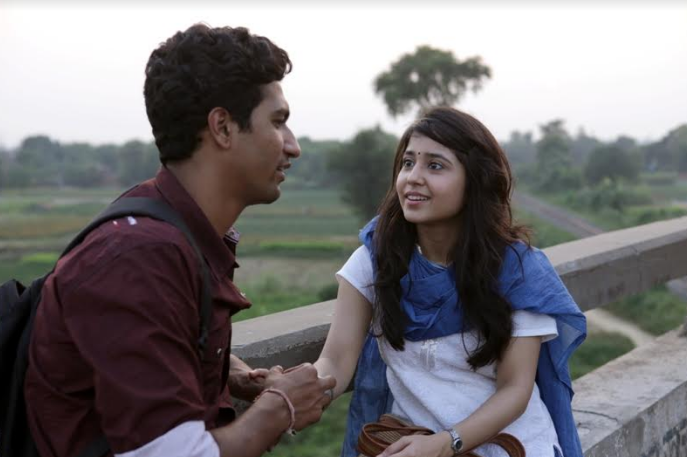 It comprises different stories that intercut and overlap with one another, yet have their own identity and distinct characters. In one of them we discover Deepak Choudhary (Vicky Kaushal) who is a young boy from a Dom family who studies civil engineering at night school and helps his father and uncle at the ghat burning dead bodies. He falls in love with a college-going, sprightly, poetry-loving young girl Shaalu Gupta (Shweta Tiwari) who is from a well to do family from a 'higher' caste.

What happens to these five characters as they journey through life, alongside the flow of the Ganges brimming with the ashes of cremated corpses, in circumstances disturbed by tragedy and loss of hope, to reach a different destination, makes Masaan a truly watch-worthy film.