Soumitra Chatterjee: Apu in Apu Sansaar, Now 85 with 400 Movies Behind Him

On January 19, all of us, admirers, fans and lovers of Soumitra Chatterjee across West Bengal and all Bengalis across the world map celebrated his 85th birthday and 60 years in cinema and theatre.

He stuck to acting in films, acting across three generations of actors in Bengali cinema. He is a poet, recitation artist, elocutionist, playwright, and an actor, director of not less than a dozen plays in Bengali drawn from beyond Indian shores to reach out to a predominantly Bengali audience.

He also co-edited one of the most prestigious Bengali literary journals called Ekkhon (Now) with Nirmalya Acharya which ceased publication after Acharya passed away. The archival issues are now collector’s items. He can quote any stanza from his favourite poets from Rabindranath Taogre through Jibananda Das to the more contemporary Subhash Mukhopadhyay. But this author of around eleven poetry books needs to dig into his pocket to fish out a piece of paper to read out his own poetry.

He has done television, worked in radio after he began as an announcer many years ago. He also entered the world of jatra, a kind of travelling theatre that moves from place to place during winter and spring. 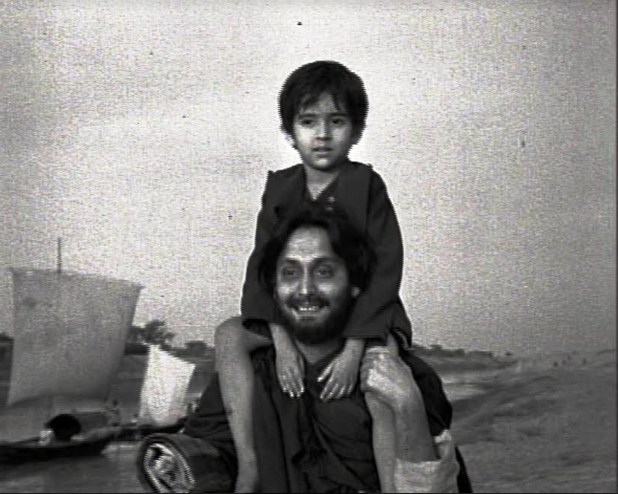 After sixty years in front of the movie camera, how would he define”acting”?. “Acting is restricted by its quality of temporality. It is perhaps the only form of creative artistic expression that does not follow any rule and does not have any fixed formula. Music is based on sargam which one can of course toy around with, explore and experiment.

Dance has abhinaya and rhythm. Magic too has certain rules. But acting is something the actor has to create temporarily at that given point of time in the play or the film which only a good director is able to hold in control. Actors can benefit under some directors only, not any and every director who sprouts up suddenly. Institutional training is also a construct and rules are created, they do not exist from the beginning of time.”

He has never made a distinction between art films and commercial films. Just as one can watch him emote a scene with Debasree Roy in Rituparno Ghose’s Asookh, one is also privy to a Soumitra Chatterjee performance in a crassly commercial film like Swapan Saha’s Baba Keno Chakor. He has acted under the directorial baton of a much younger star like Chiranjeet in Bhoy.

He did not permit his ego to come in the way of an important role in co-star Aparna Sen’s Paromitaar Ek Din or, in debutante director Anasua Roy Choudhury’s Hing Ting Chhot in which he performs a magician, or, in Arin Paul’s first film Doshe Dosh that features him as a mafia don! Many of the crassly commercial films fell, face downwards, at the box office. But they leave behind the fragrance of an actor of the calibre of Soumitra Chatterjee.

“I was practically fed and brought up I films since I was a boy. I watched films like Thief of Baghdad, Saboo, etc. Later, I bunked school to watch films. I also watched P.C.Barua’s films. When my parents shifted to Calcutta from Howrah, I saw great films like Bicycle Thieves, Miracle in Milan and Fall of Berlin. I had friends who were as passionate about cinema as I was. These films changed my entire perspective on cinema. We saw Renoir’s River, shot entirely in India, after it was released.”

Amitava Nag, an IT man-turned – academic administrator, who edits a brilliant film journal, Silhouette, says he is an ‘enigma’ who, like Amal, the character he portrayed in Satyajit Ray’s Charulata, stormed into films like a comet but stayed on for 60 years. Who is Soumitra Chatterjee? Is he the actor who brought characters to life in 15 films by Satyajit Ray beginning with Apur Sansar (1959) and ending with Shakha Proshakha (1990)?

Or, is he the man who found it easier to cope with cancer at 77 through The Third Act, Therefore, a play he wrote, directed and acted in? Actor-director-poet-writer Soumitra Chatterjee, suffering from cancer, presented his autobiography as a live stage performance. He also entered the world of jatra in 2003. Jatra is a travelling theatre form that moves from place to place.

What is the story of suddenly finding himself in the shoes of Apu in Apur Sansar?

Says Soumitra, “Pather Panchali created great curiosity while it was being made. It changed my perspective on how a Bengali film can be made so well within so streamline a budget on a literary classic. A crew member from Manikda’s (Ray) team spotted me outside the Coffee House one day. They were scouting for someone to play Apu in Aparajita, the second in the Apu trilogy. Ray took one look at me and decided I was too tall for Apu. He had earmarked me for Apur Sansar. Later, he made me go through a camera test and a voice test to free me of camera consciousness. One day, when I dropped in on the sets of Jalsaghar, Manik-da introduced me to Chhabi Biswas, the protagonist in the film. He introduced me as ‘my Apu for the third part of the trilogy.’ I was speechless. That is how I came to know that I was to play Apu in Apur Sansar.”

Ironically, Soumitra was rejected for a role in Neelachale Mahaprabhu after a screen test a few years before he was chosen to play Apu in Ray’s Apur Sansar. About his work alongside Uttam Kumar, Chatterjee says, “Uttam Kumar gave me a tremendous sense of competition. I had to deal with it on my own terms, without either imitating him, or being influenced by him. We were more like the East Bengal and Mohan Bagan football teams. Calcutta would always be divided into two warring groups when it came to choosing between the two of us. And we acted together in quite a few films. I did have my box office potential as hero. I would not have lasted this long if this had not been so.”

He has been bestowed the Padma Bhushan. He won the Sangeet Natak Akademi Award for his rich contribution to the theatre in Bengal. French director Catherine Berge made a documentary on him called Gaach. He received the 'Officier des Arts et Metiers', the highest award for arts given by the French government, and a lifetime achievement award from Italy.

Films Division made another documentary on the multi-faceted talent under the title Soumitra Revisited. Krantik Prakashan and Seagull Foundation for the Arts released a book by Anasuya Roy Chowdhury on the actor called Aaj Kaal Porshur Prantey: An Interview with Soumitra Chatterjee. Amitava Nag has penned an unique book analysing, exploring and critiquing 25 selected films of Soumitra Chatterjee who collaborated in the choice.

When the Dadasaheb Phalke Award was bestowed on him, he had already put in 53 long years into cinema and at 77, was not over-excited about the top award but is nevertheless happy.

Other than the films of Satyajit Ray, he mentions among his top favourite films, the ones he loves to mention are: “Tapan Sinha’s Wheel Chair, perhaps the most challenging. I practiced moving about on a wheel chair because the physical details of how a man does minor things while seated on a wheel chair were important. But when it finally went on the floors, I could not practice all over again.. For Kshudita Pashan, I had to learn horse riding. I discovered that riding a horse or moving about on a wheel chair helps form an insight into a given character. The others are not difficult to choose. Tarun Majumdar’s Sansar Seemantey, Saroj De’s Kony and Raja Mitra’s Ekti Jibon. Among mainstream films my memorable films are Agradaani, Babumoshai, Baghini, Chhutir Phandey, Jodi Jaantem and Sudur Niharika in which I did three different roles. Mrinal Sen’s Akash Kusum, Ajay Kar’s Malyadaan Babumoshai, Khunje Berai and Stree and Tarun Majumdar’s Ganadevata. Among more recent films, I loved Podokhhep, and Atanu Ghosh’s Mayurakshi that presents me as an old professor slowly slipping into Alzheimers with his sense of time slipping beyond his control.”