A morality tale on our money-making times

‘Sukhantayam’ (The Happy End) is about the disintegration of family life, our mistaken ideas of planning the future of our offspring, the general reaction to unrequited love … the many negatives entering into our daily perceptions and decisions. 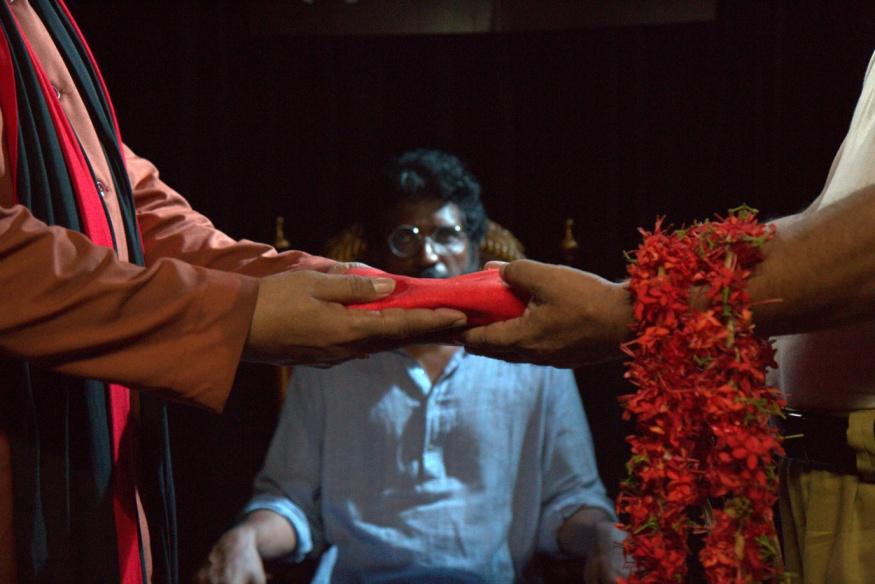 Till 2018, Adoor Gopalakrishnan’s distinguished repertoire covered over 35 films, including 12 features, 23 documentaries and just one stand-alone short. However, he has experimented quite extensively with the short film format in his work. For example, his last two films ‘Penniyumm’ (One Again) and ‘Oru Pennum Randaanum’ (A Climate for Crime) were based on independent short stories which he strung together thematically.

Adoor’s first short film was also his first film ever, made in his final year at the Film and Television Institute (FTII), Pune in the year 1965. It was a 20-minute student film called ‘A Great Day’, on a young man so lazy that at night he slept with a rope attached to the door-latch which he could pull for the milk man to place his daily delivery. The film apparently was a take-off on the director himself. And it was a comedy. Strange, as Adoor later came to be known for his incisive, and most often, dark studies of the human character.

In 2019, 53 years later, he presents his second short. Not exactly a comedy, but with an ironic bite to it that evokes a quiet chortle. The suggestion to make a short film came from the Gameplan Sports of Kolkata, the agency that co-ordinates the production of short films for the Royal Stag company. This is how Adoor’s 29-minute, ‘Sukhantayam’, is now the latest addition film to the distinguished director’s filmography.

The film follows three unemployed but resourceful men who launch an innovative private limited company, which charges a service fee for offering a pleasant end to all those contemplating suicide (only the old and insane are exempt). The trio believes that with tact and sensitivity, and by being overly conducive to their clients’ death-wish, they could be convinced to give life another chance.

All goes well until a high strung client arrives, bent on dying, and who cannot be deterred. Frustrated, they perform a ritual marking his death, and tell him that he is now a ghost. Unexpectedly, a police jeep arrives with a Sub-Inspector and his entourage, on a complaint: The Happy End Company is engaged in the unlawful act of killing people and usurping money.

Describing how he sees making a short film against a feature, Adoor says, “You have to tell a story convincingly and interestingly within a very short period of time,” and to explain further, “There is no scope for digression or explanation. Everything should flow out of the characters and situations judiciously selected and presented in a cogent and dramatic manner.” 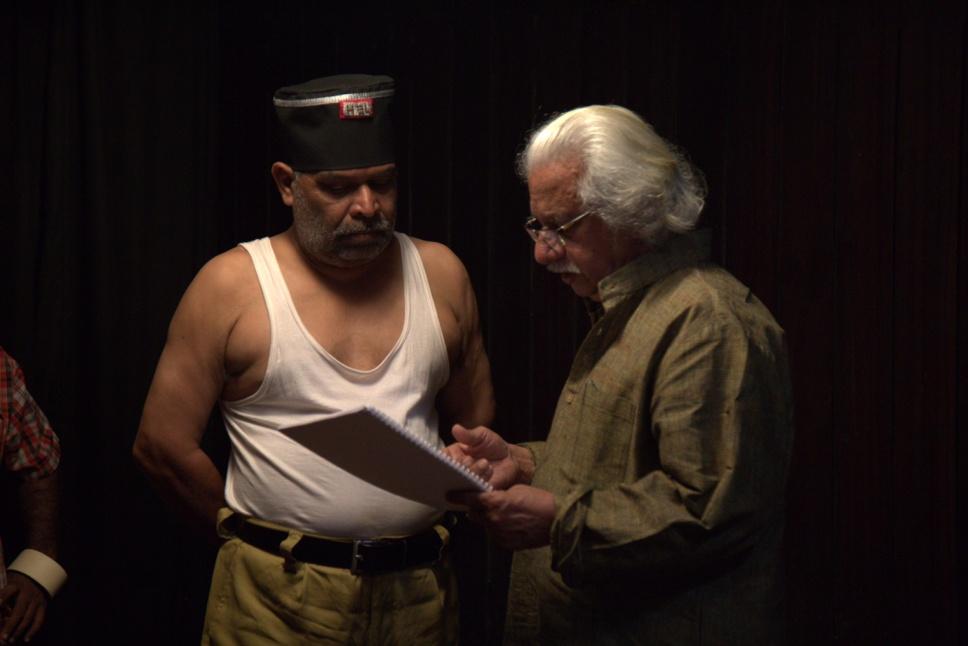 A working still with the director

‘Sukhantyam’ was shown in January this year to three different audiences in Delhi, Pune and Kolkata respectively. The response at each of the post-screening question-answer session was both appreciative, and to the director himself, flattering. Some commented that this was not the kind of film they expected from the inner psychological versus socio-political landscape the master is known to explore.

At ease with both the film’s content and the response to it, the director says, “I was happy with the observation that this film is different to my earlier work. I felt reassured that I was not repeating myself. I am always keen on attempting novel ways of expression in my art.”