Kochi Biennale underlines the need to introspect about the unheard voices of the margins.

With the theme ‘Possibilities for a non alienated life’, Anita Dube in her curatorial note to the fourth edition of the Kochi Muziris Biennale expresses the need to introspect about the unheard voices of the margins. With a vision to bring inclusiveness and diversity in society, Dube’s drive has charged the serene shores of Fort Kochi with a whirlwind of sociopolitically charged artworks.

Spectators are moved to a diabolical realm of reality once they enter Aspinwall House. Nathan Coley’s huge installation, ‘A Place Beyond Belief’, unsettles mute spectators by reminding them, right in the face, of the deadly attacks on September 11, and arguing for a devious religious fundamentalist ideology behind them. This sets the tone for more eye-opening works on display as one moves to the interiors of the hall.

Many works elucidate the tyranny of authoritarian regimes and the resulting oppression of the people. Works like B.V.Suresh's multimedia installation ‘Canes of Wrath’ has the RSS’s lathis or batons coming to life and marching on their own, while in the background flicker images of journalists murdered in India by rightwing vigilantes.

A Swachh Bharat - Pure India - broom moving in a circle against the corpse of a peacock, the national bird, further portrays an allegory of the nation in recent times.

The travesty of oppression expands, in Rula Halwani's photo series that captures Israel’s occupation of East Jerusalem, that has led to statelessness and the subjugation of Palestinian identity, evoking the desire for liberation among Palestinians.

As one walks through the backyards of Aspinwall, hanging t-shirts of 17th century slaves catch one's attention, as though the artist Sue Williamson had merely hung them up to dry in her work ‘One Hundred and Nineteen Deeds of Sale’.

Critical themes like the commodification of the female body take centre- stage in Sonia Khurana’s video installation, ‘Bird’, which features performance resistance through theatrical use of the naked body. Subaltern voices echoing the persistent agrarian crisis are heard in Prabhakar Pachpute’s work ‘Resilient bodies in the era of resistance’ inside the rustic Anand Warehouse.

Isolated from the bustling Aspinwall House is TKM Warehouse, exhibiting the Travelling Srinagar Biennale. Its isolation from the main venue gives the spectator a deeper sense of alienation the moment she enters the eerie environs and sees artworks from the valley.

Be it the graves of children placed inside a Sufi dargah under the portraits of wailing mothers, or the photo series depicting the destruction of homes in the Kashmir Valley, or the ten stinking sheepskins which one would like to resist, the exhibition reinstates the trauma of the humongous loss of life and property in the valley.

Here art ceases to exist for the sake of pleasure alone, and becomes a sublime imitation of the struggle and suffering of people in real life. 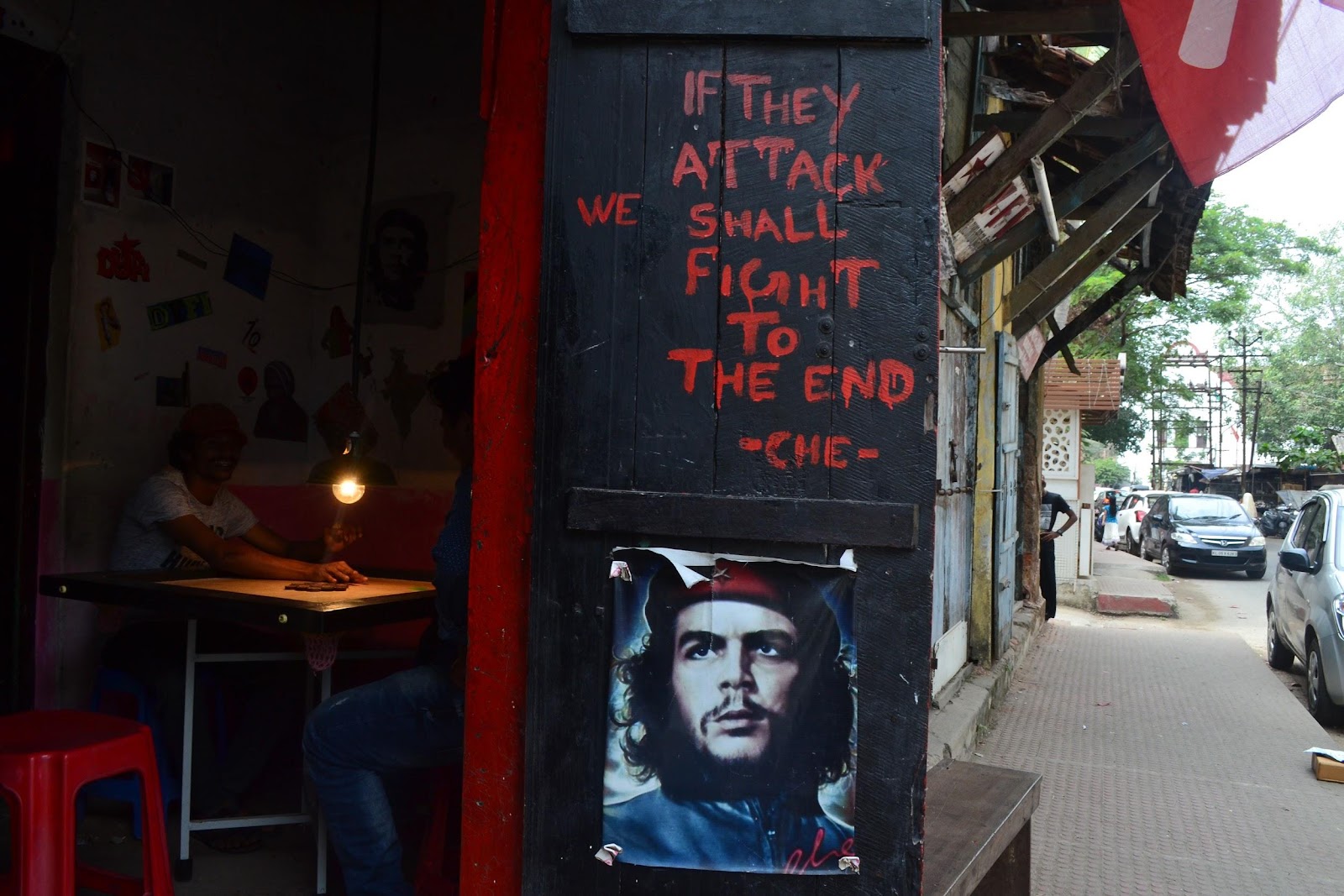 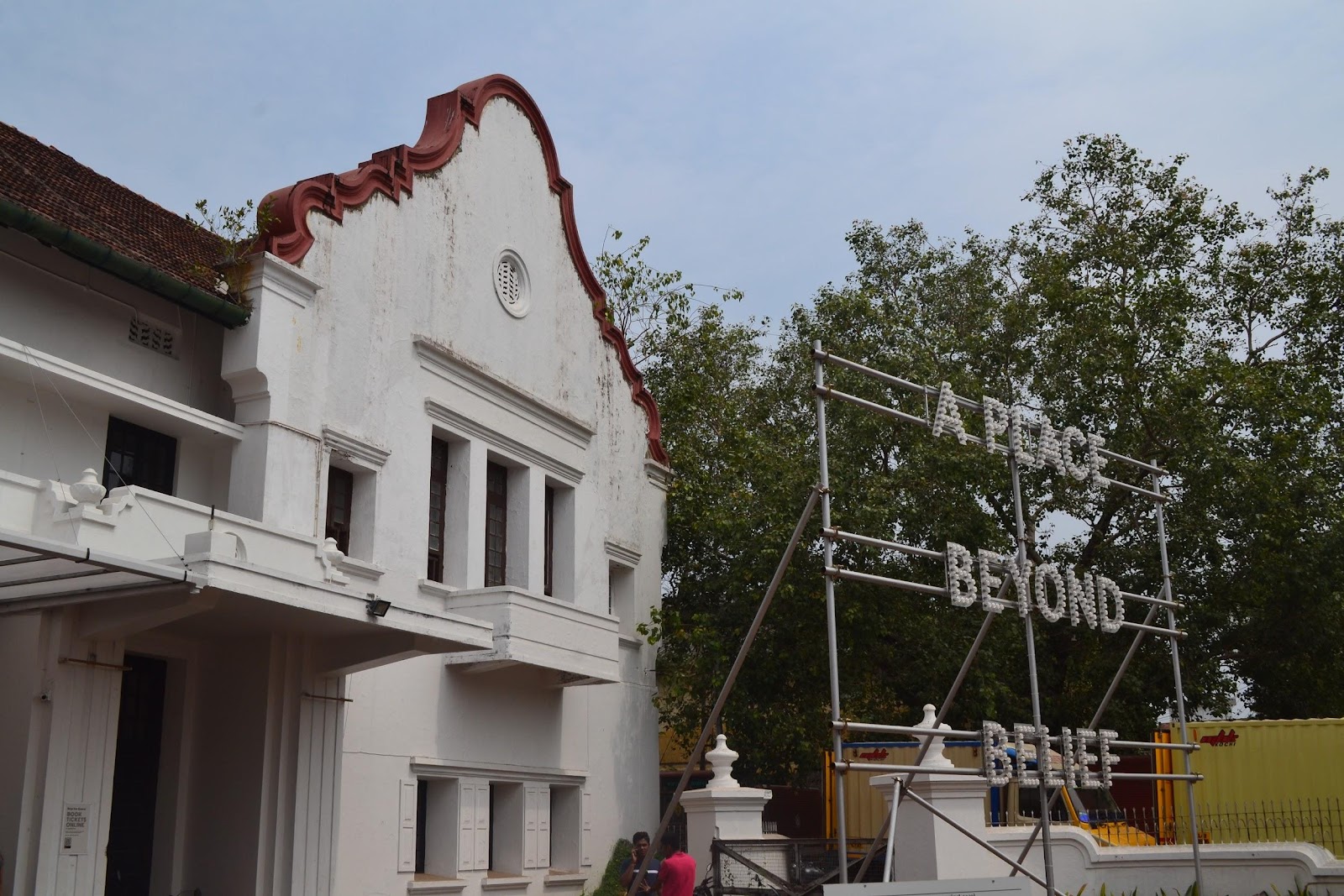 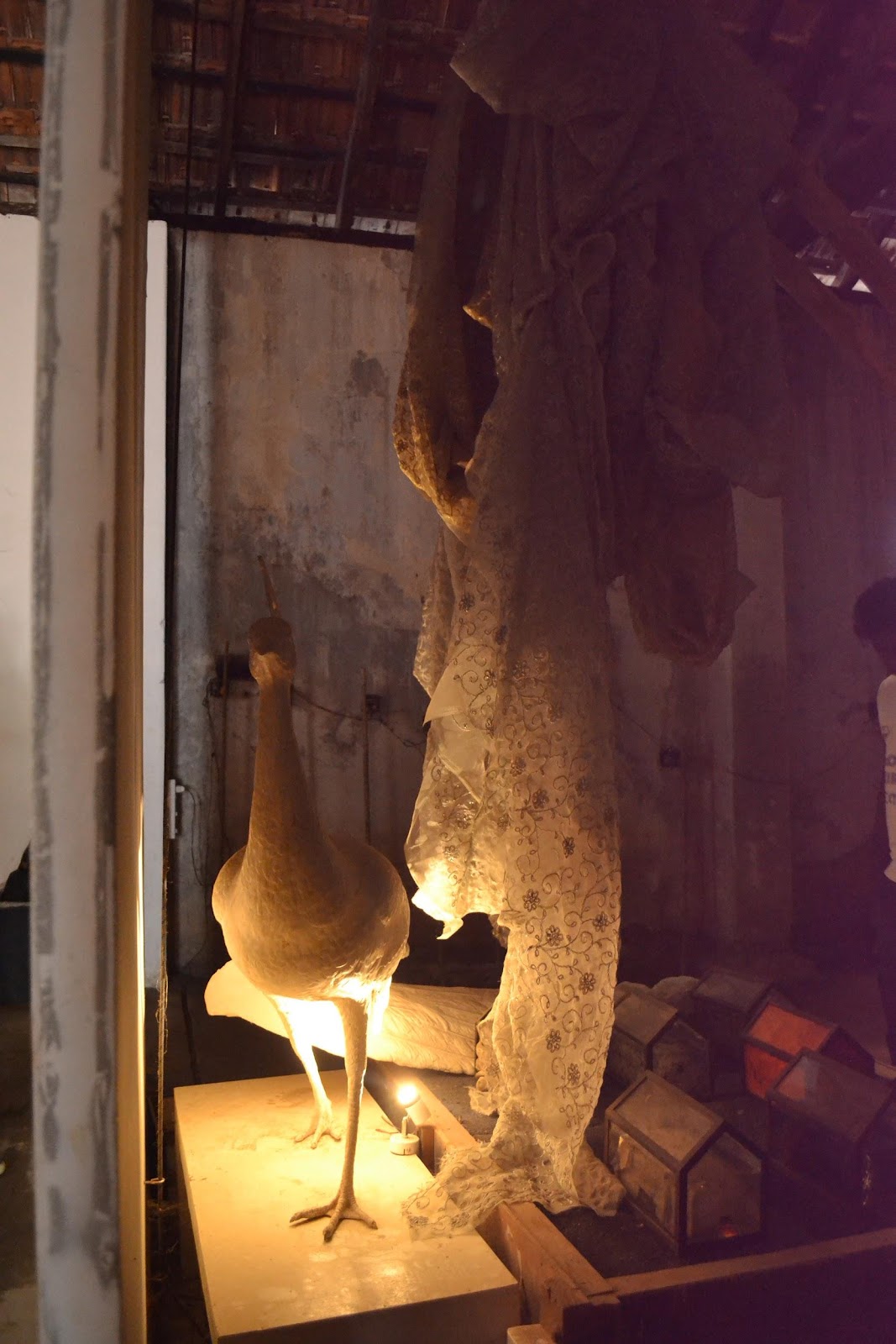 B.V.Suresh’s work presenting the White Peacock with a cut tail to portray the loss of beauty that lies in diversity, and the imposition of one color and a monolithic identity 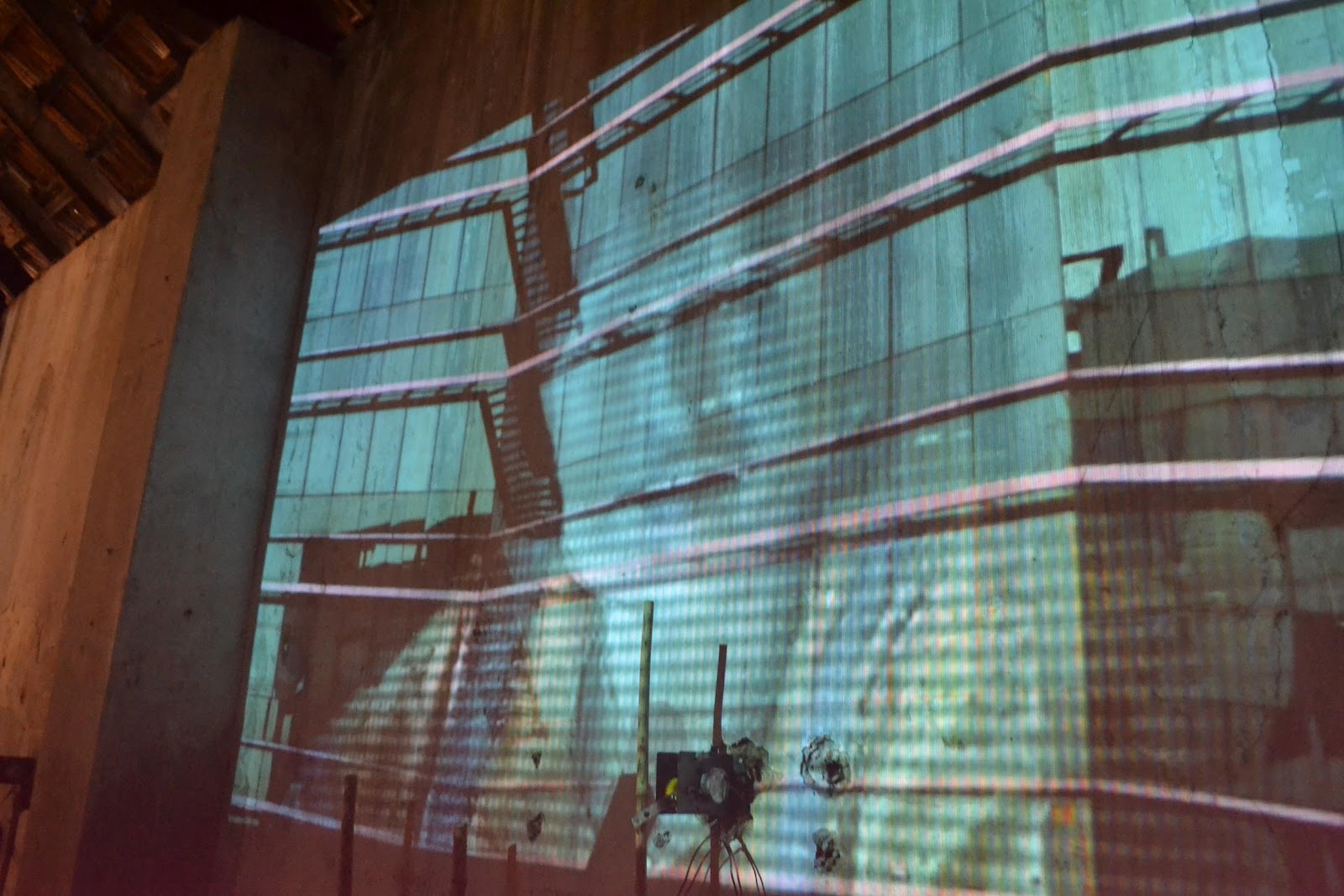 A glimpse of B.V.Suresh’s multimedia installation ‘Canes of Wrath’ where screens flicker the images of murdered journalists like Gauri Lankesh and intellectuals like M.M.Kalburgi to remind us of the violent political climate 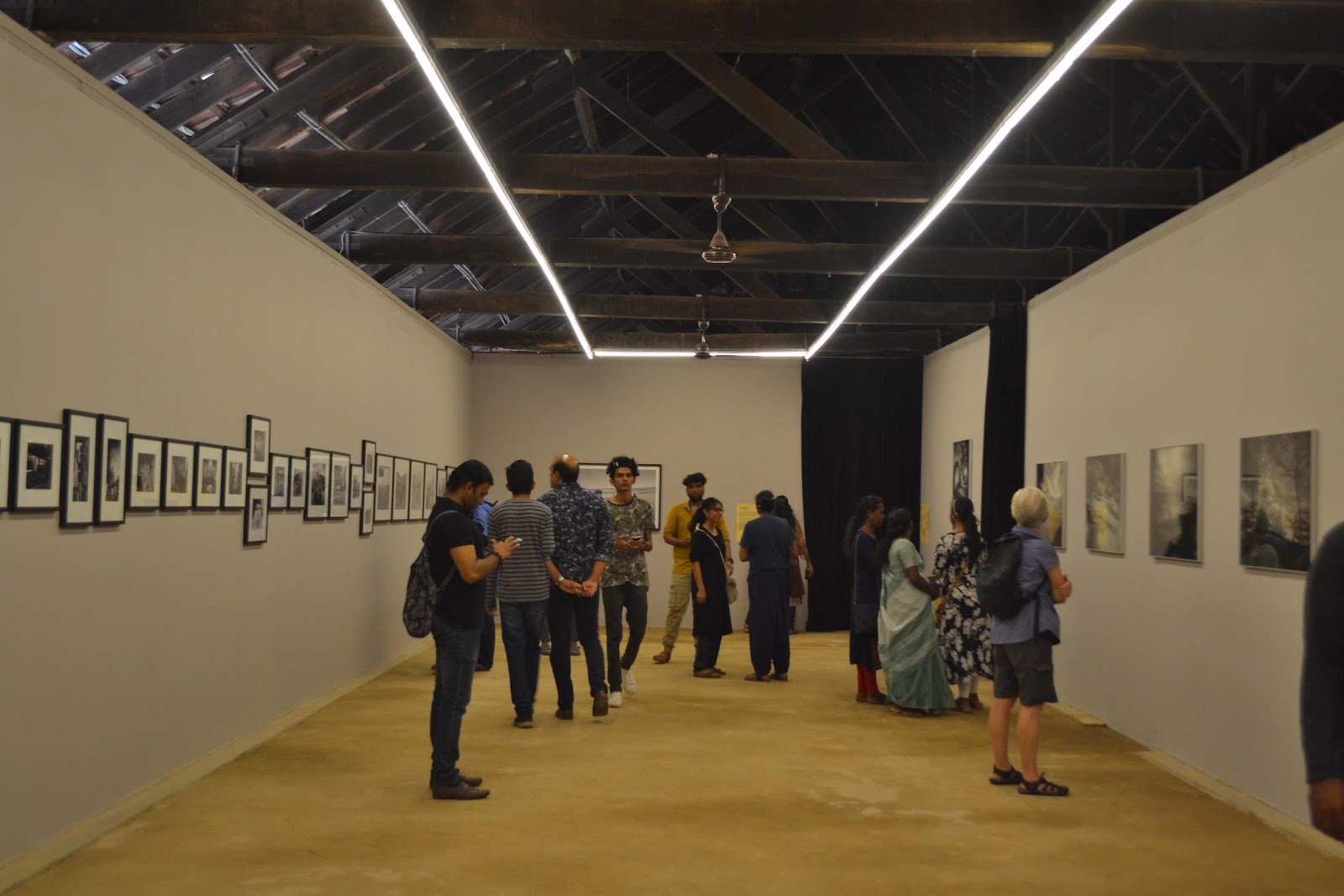 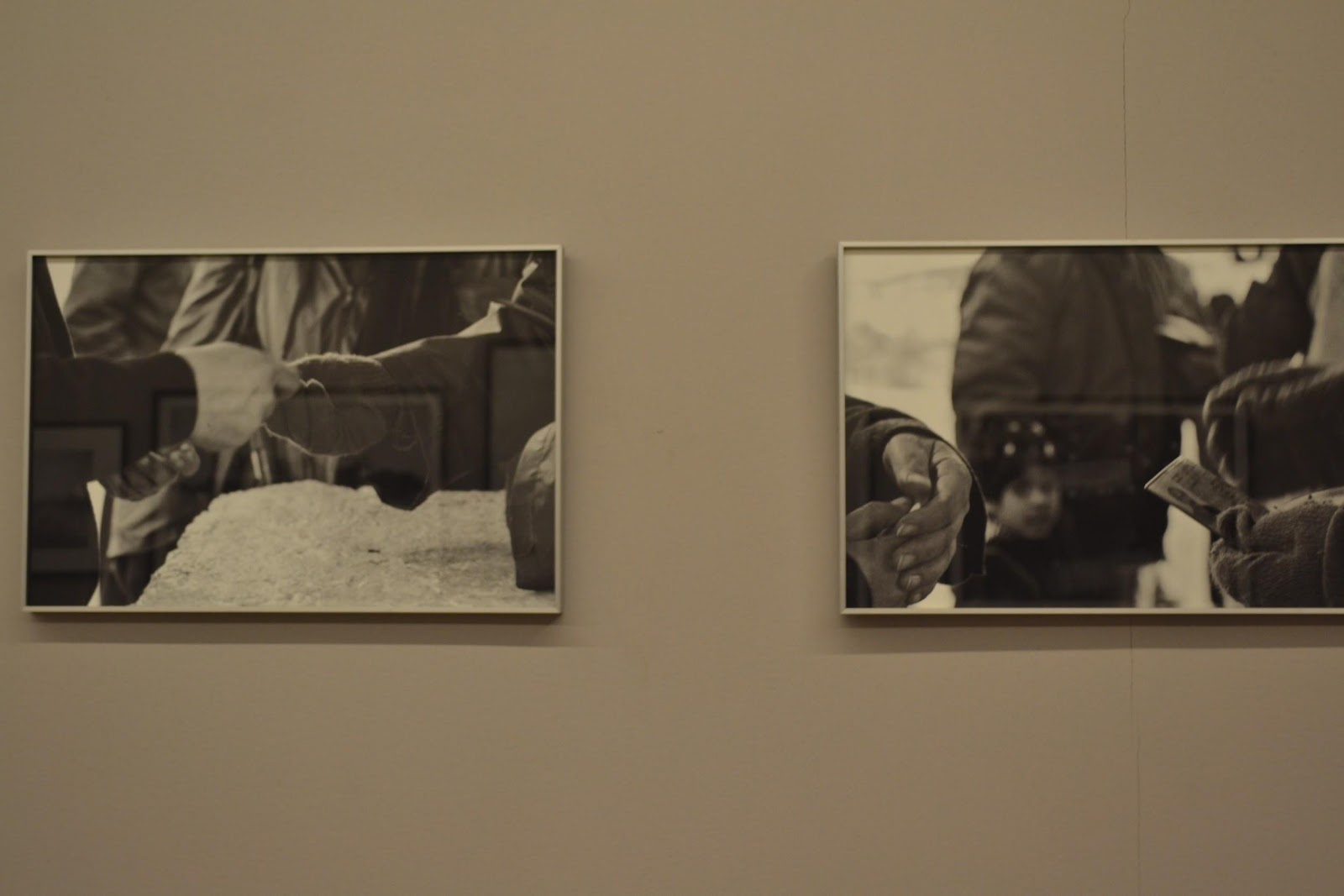 Halwani’s work ‘Intimacy’ is a series of photographs she took at the Qalandia checkpoint between Ramallah and Jerusalem. Photographs capture the ‘coldness of interation’ between Palestinians and Israeli soldiers 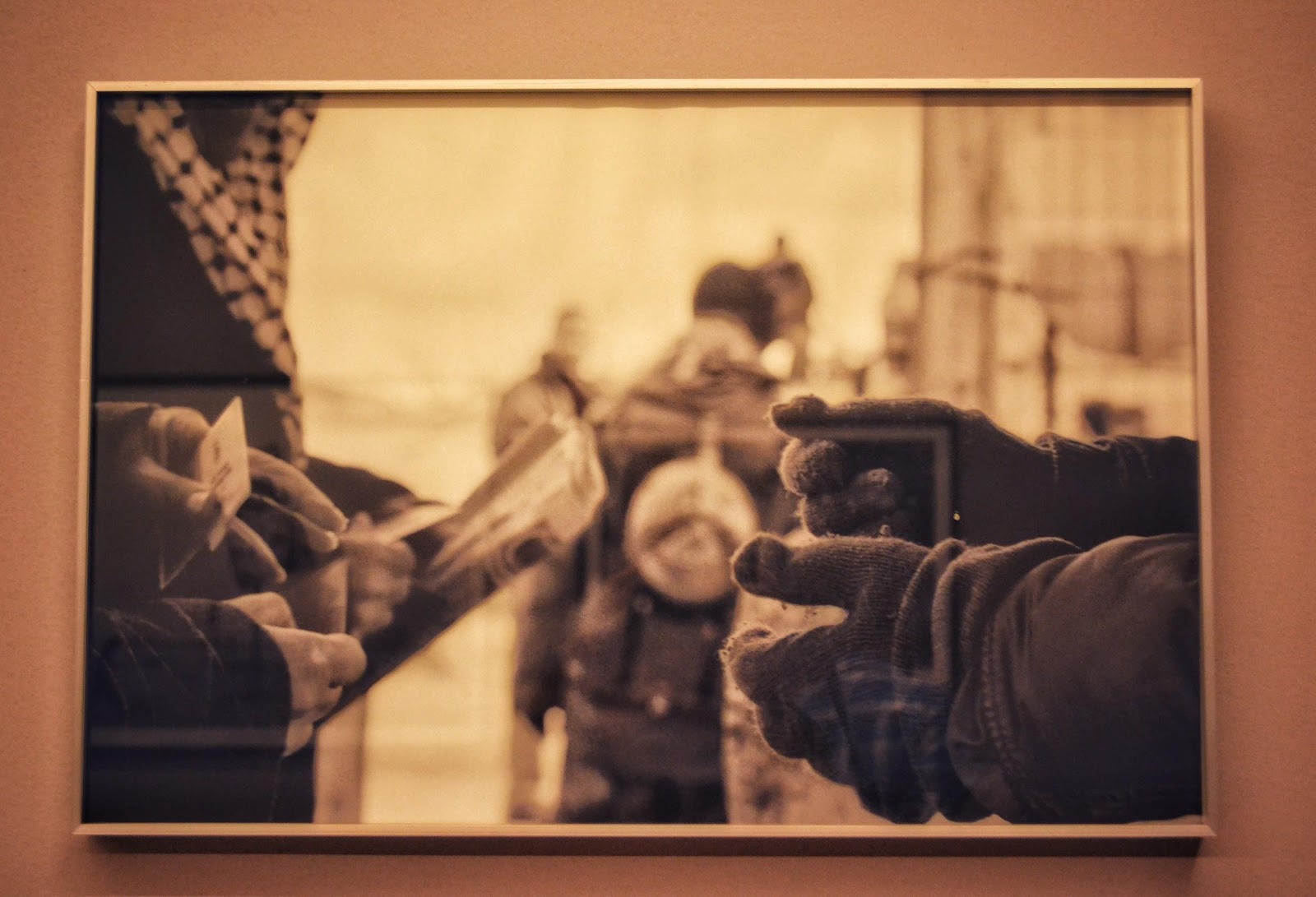 Checkpoints are mechanised to annul Palestinian identity by reducing Palestinians to an ID number, followed by rigorous searching and questioning marked by the hand movements 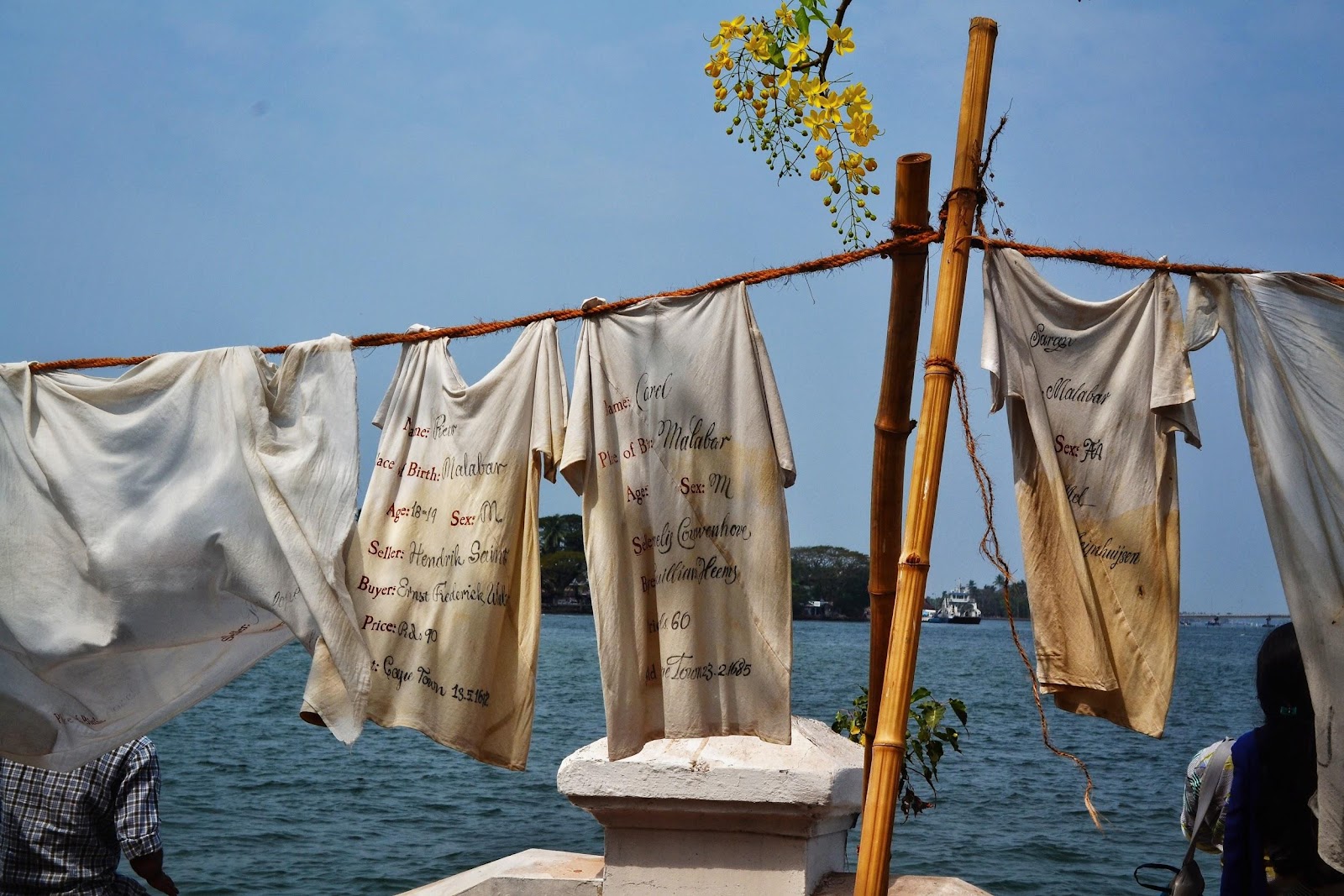 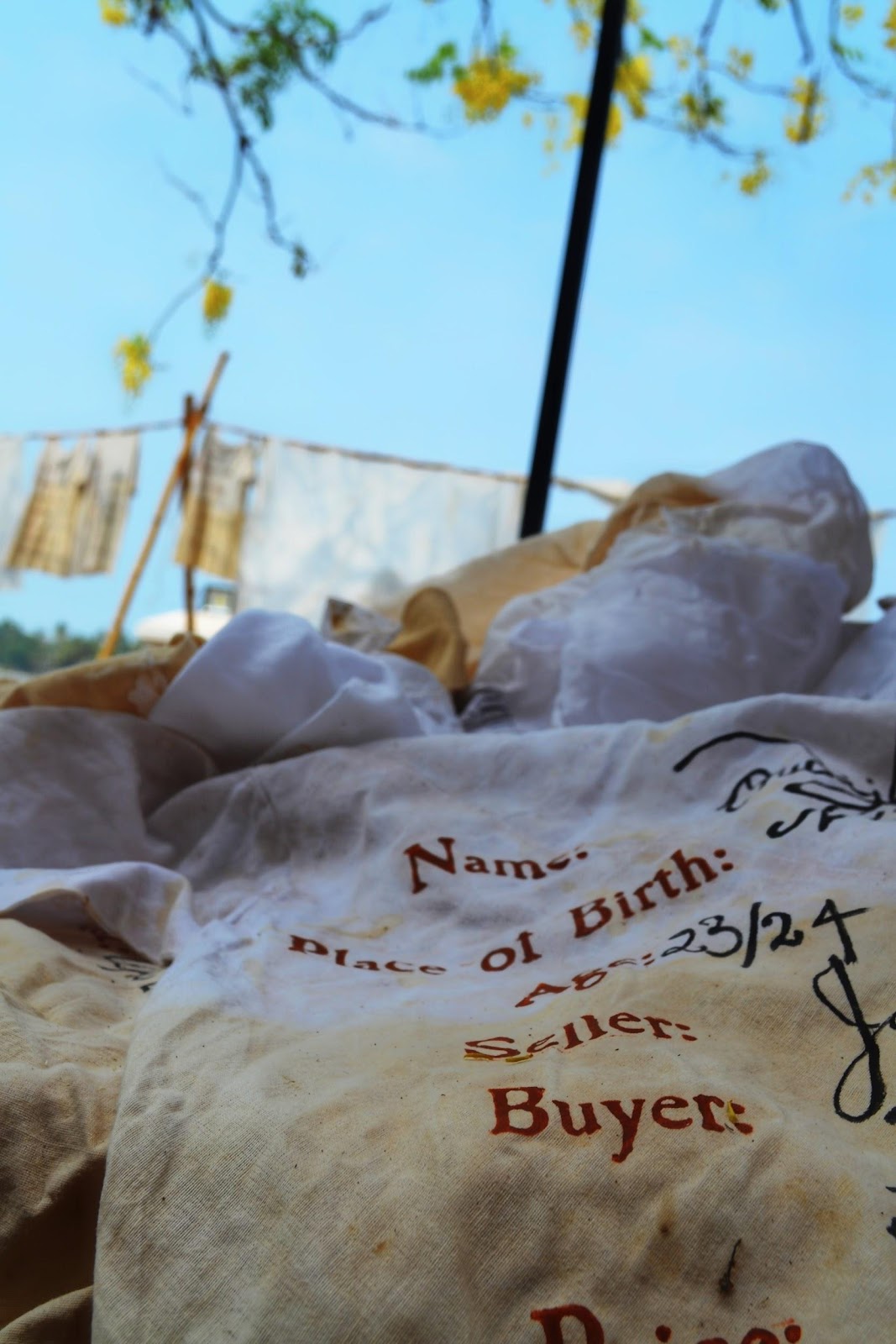 A closeup shot of the t-shirts that commodified these slaves, with inscriptions like ‘Buyer’ and ‘Seller’ 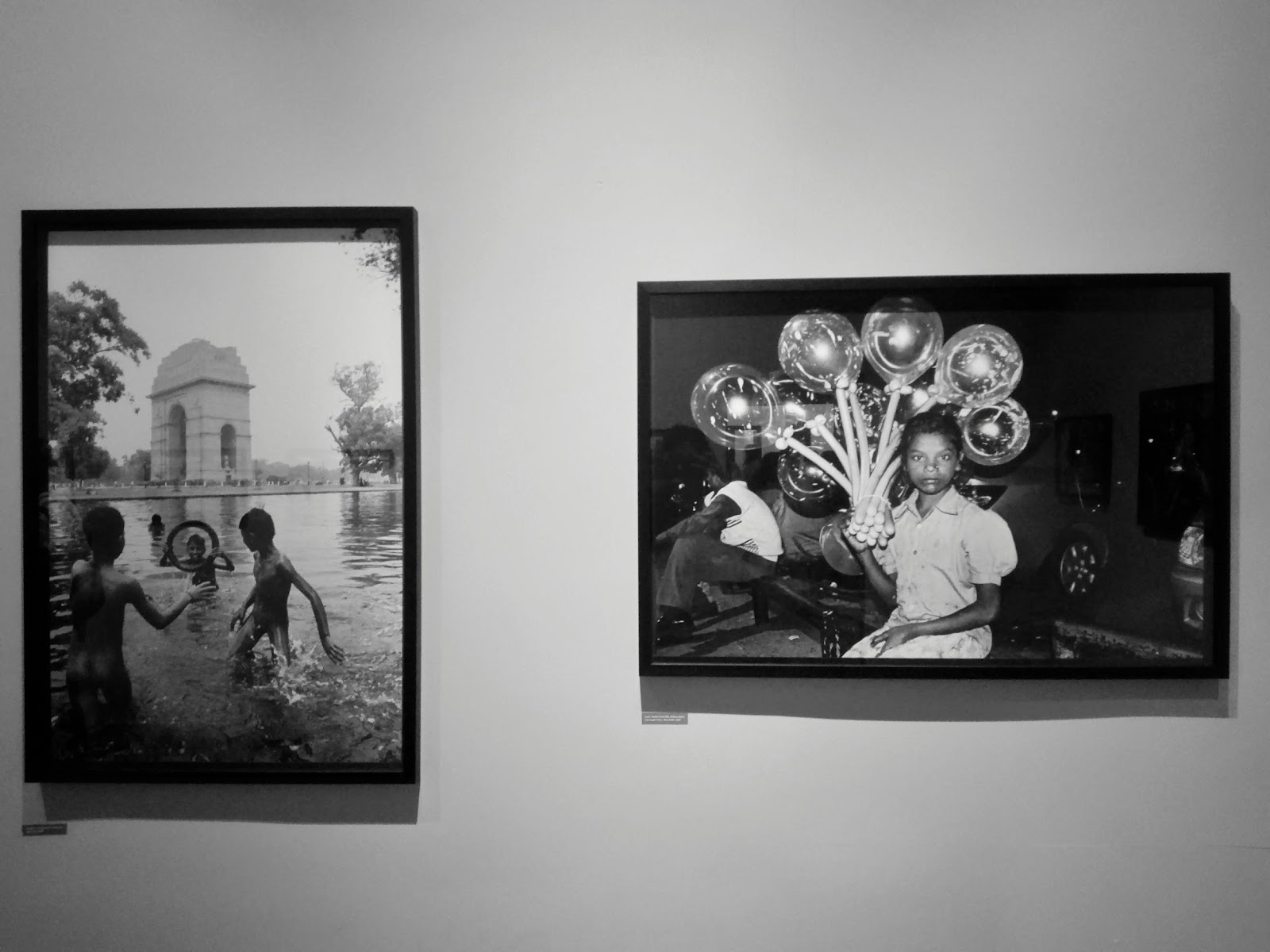 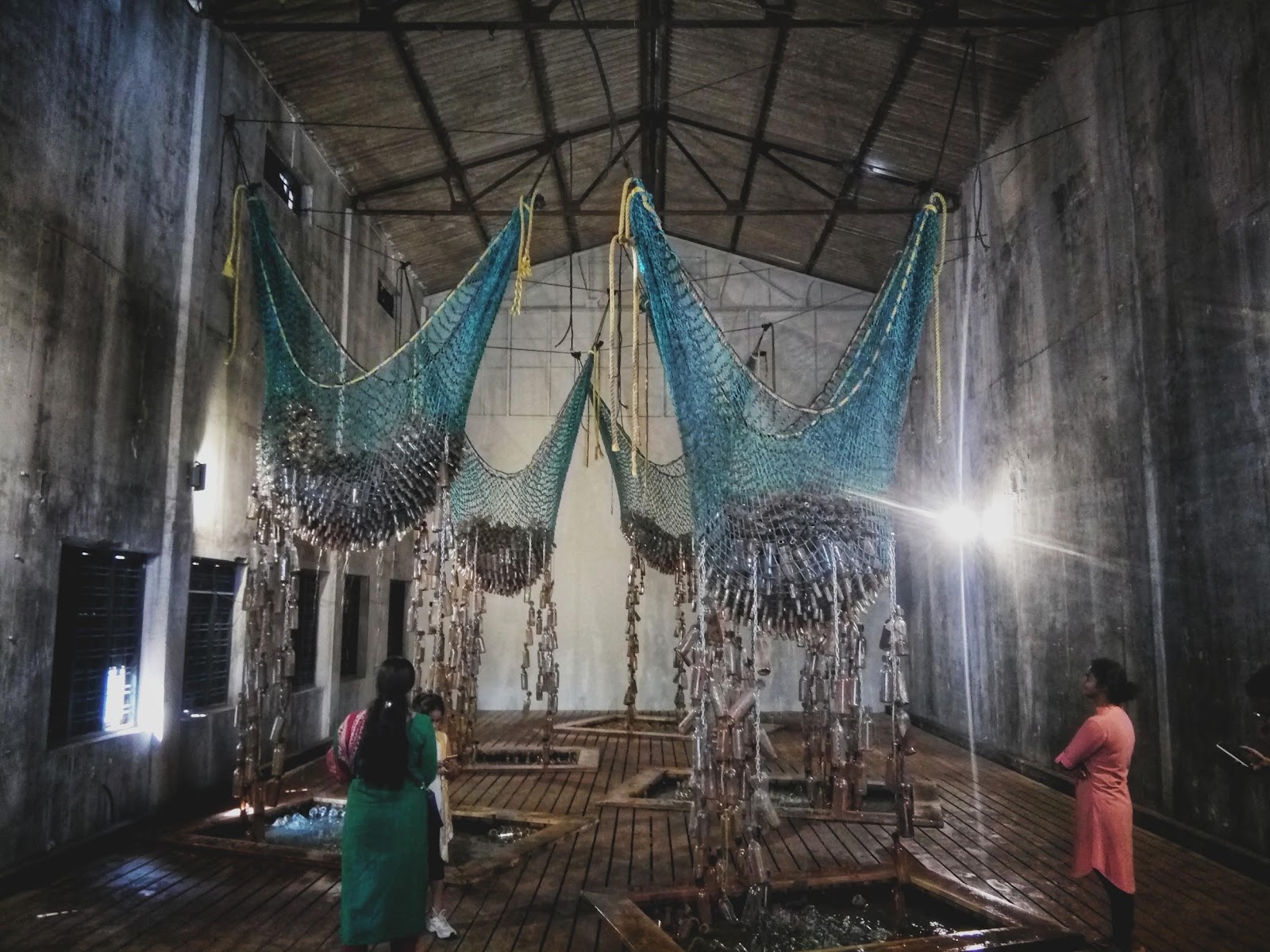 ‘Message from the Atlantic passage’, another work by Sue Williamson around the theme of enslavement. Five fishing nets, filled to the edge with glass bottles, float above the water 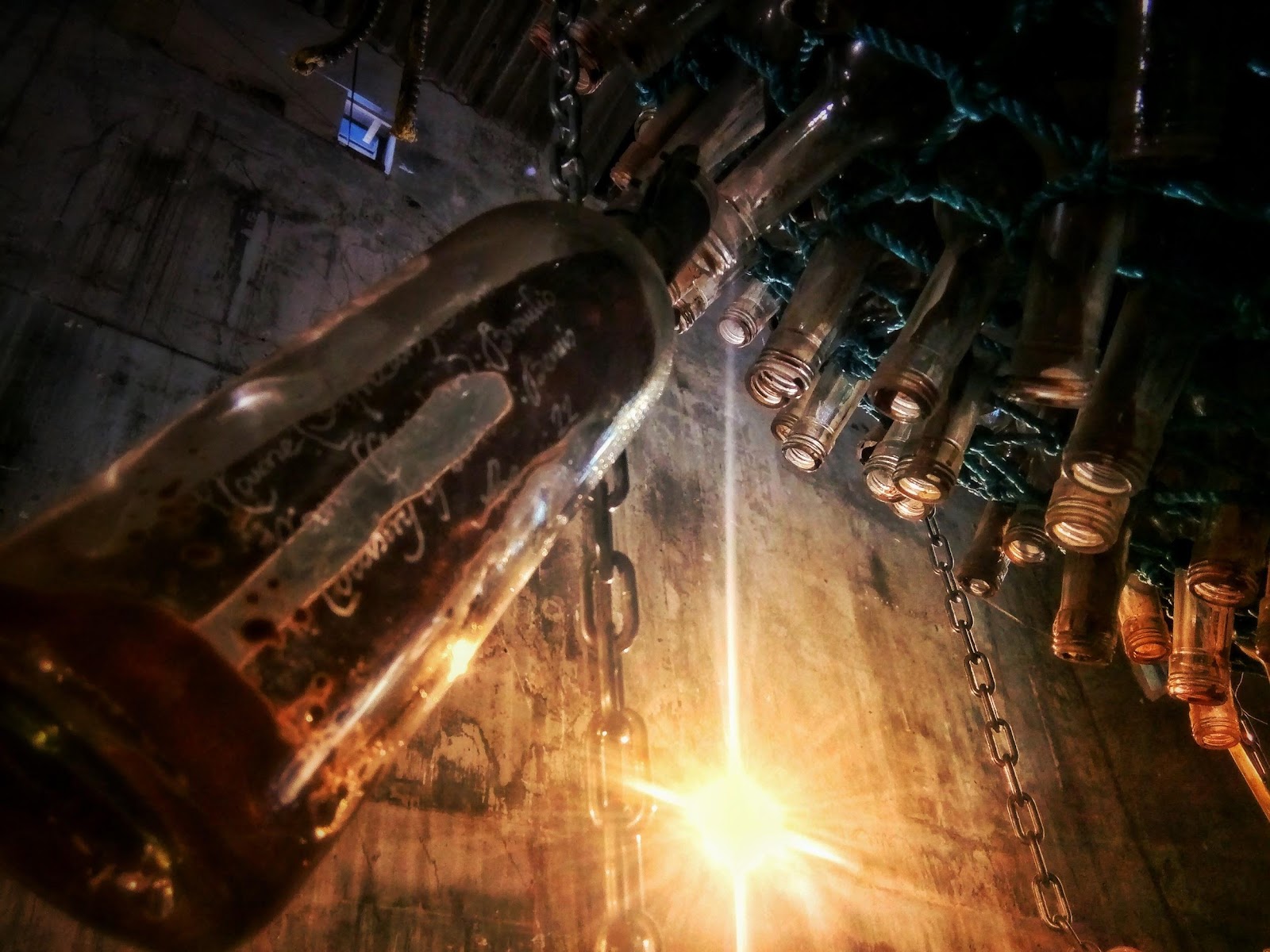 A closeup of the bottles which carry the native and Christian names of slaves who had been trafficked across the ocean. Meanwhile the continuous dripping of water reminds us how the sea is a testament to this slave trade 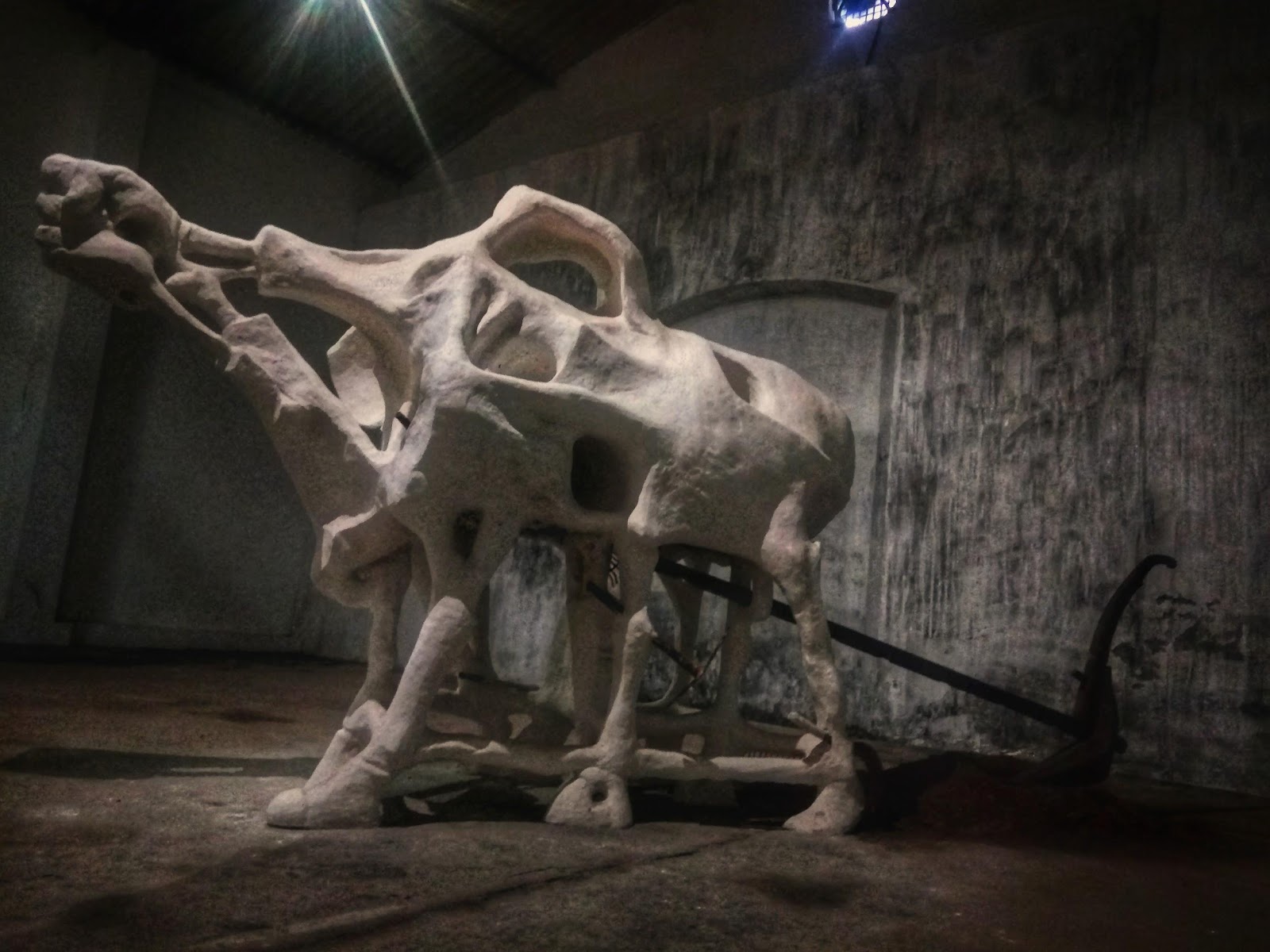 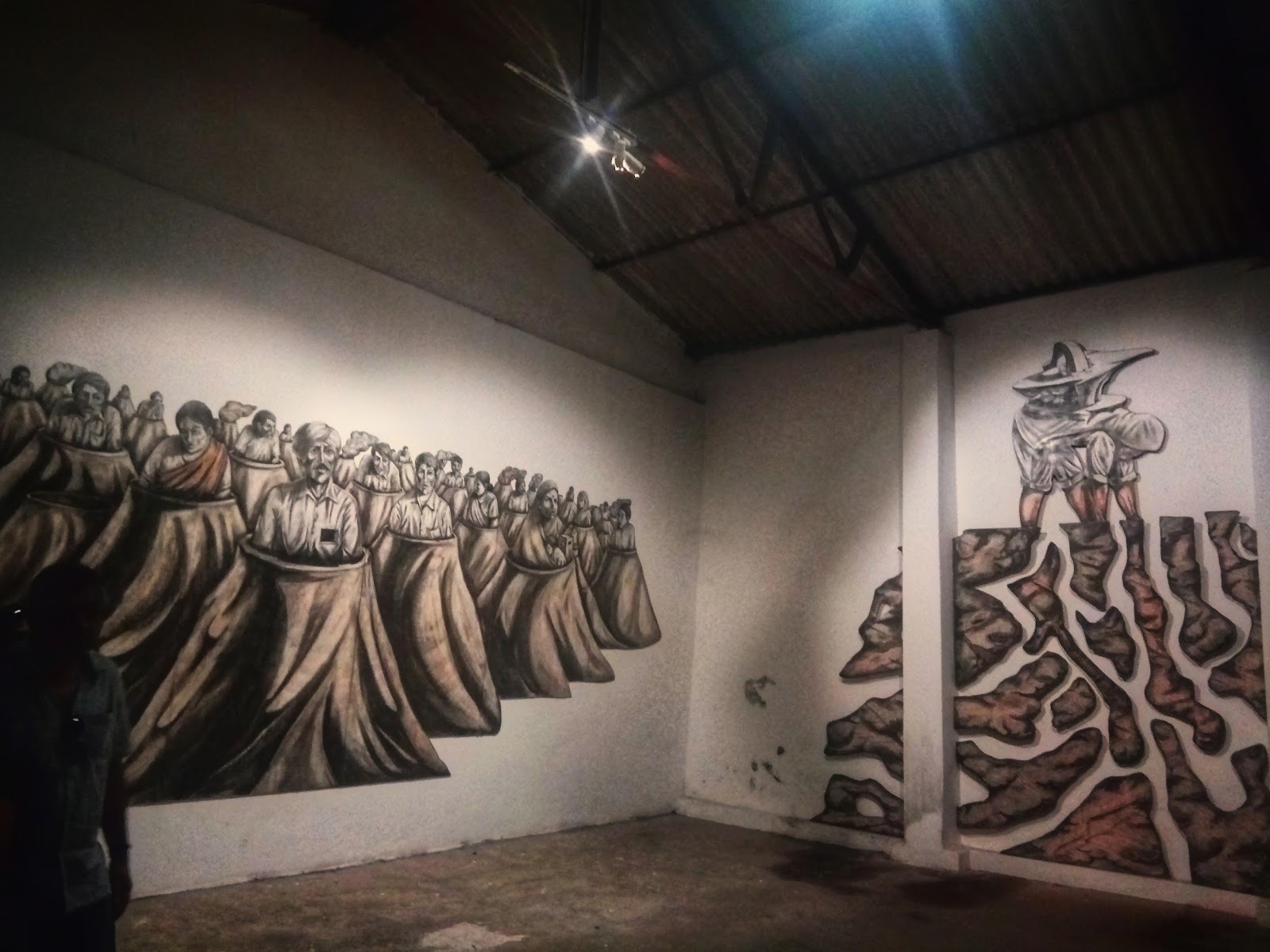 Resilient bodies and the mobilising of farmers in Pachpute’s work 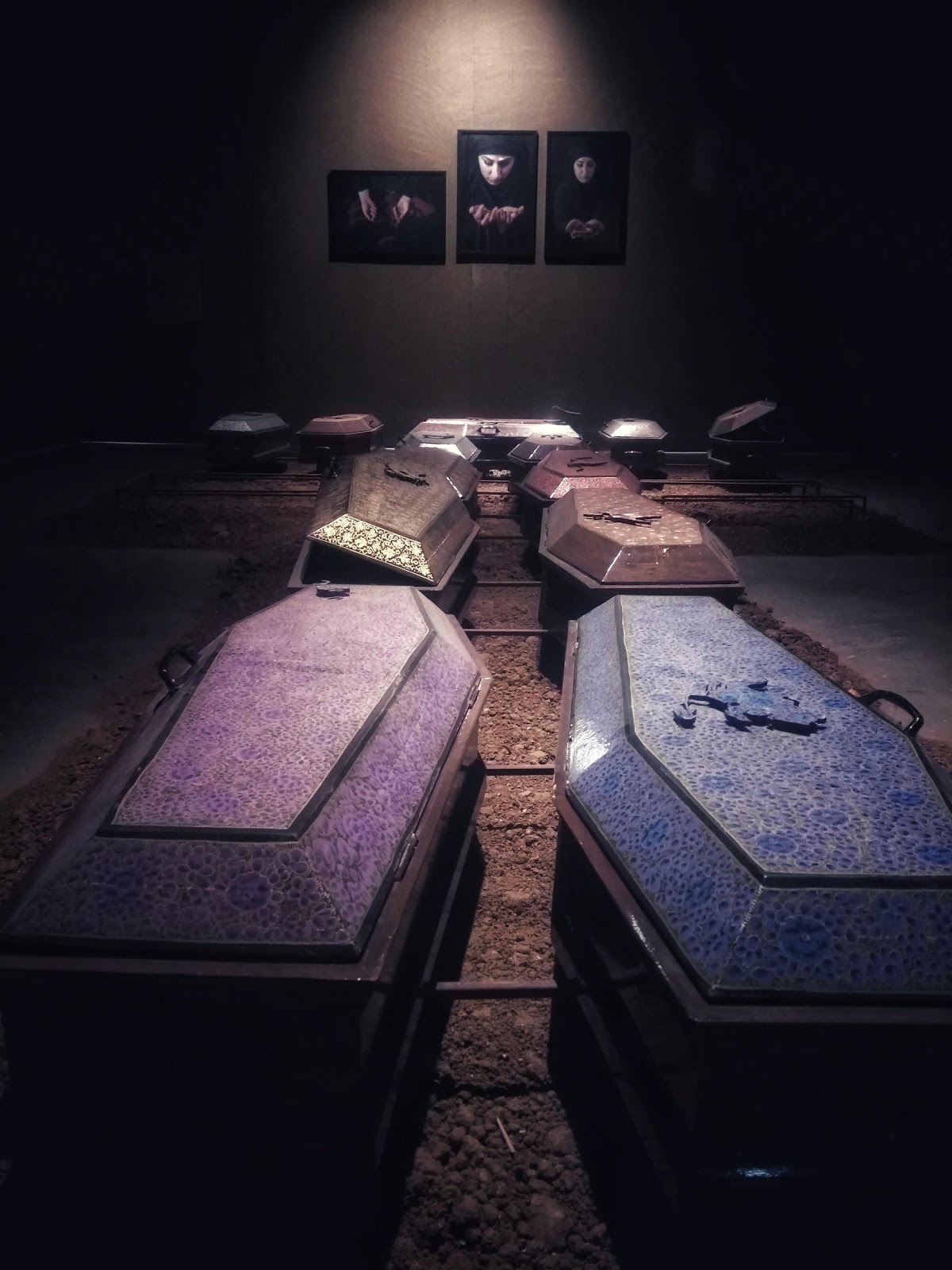 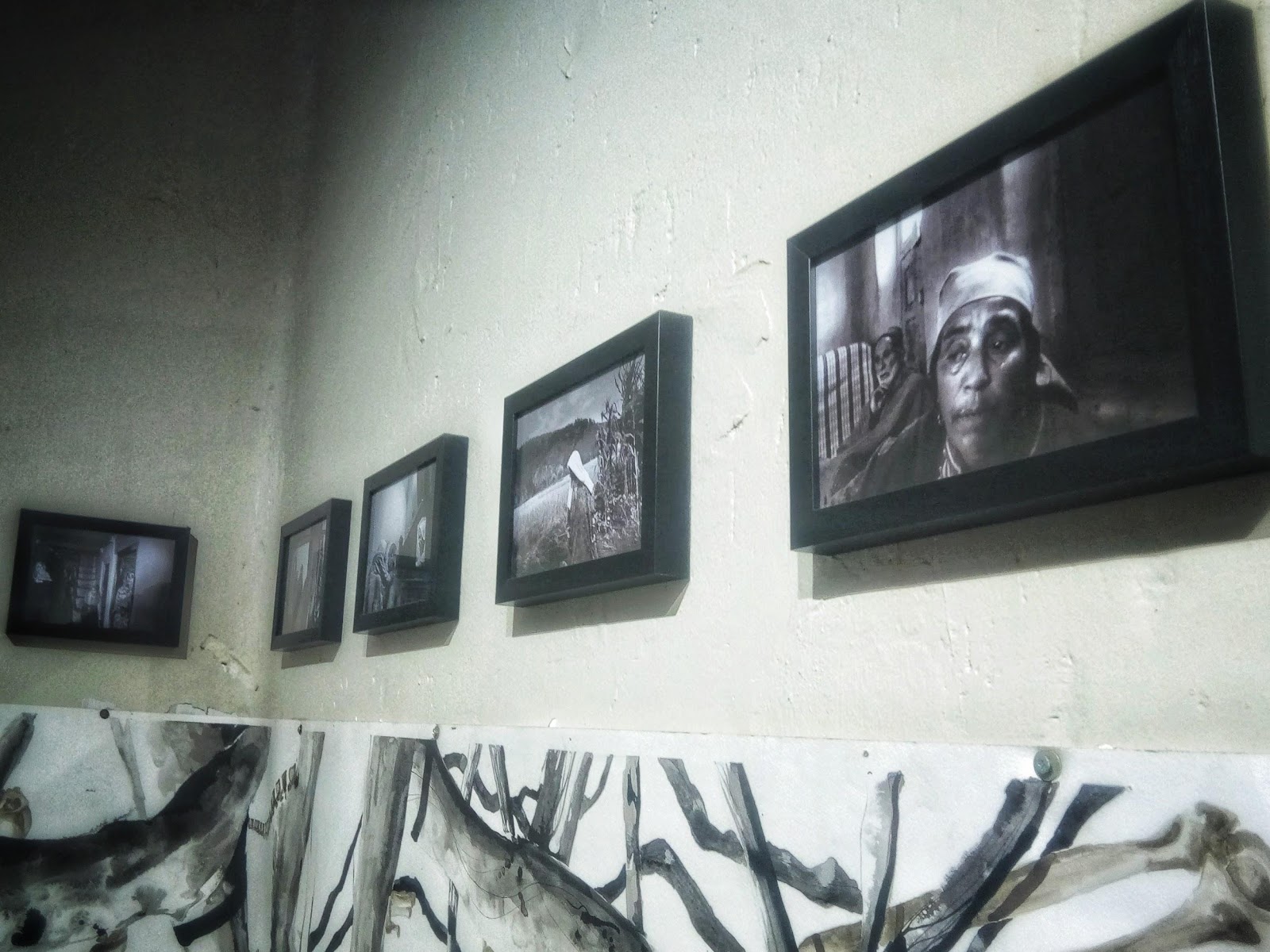 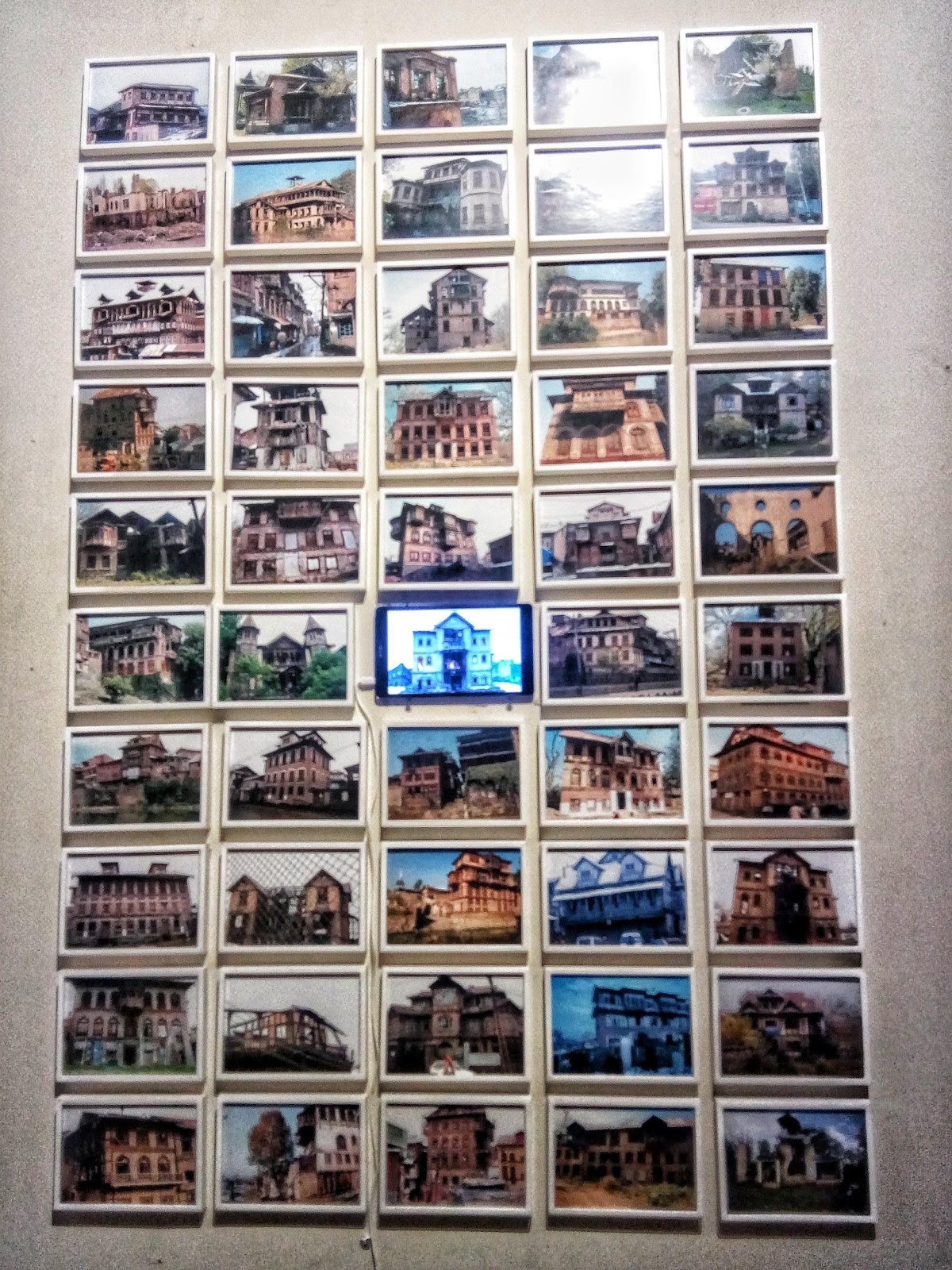 All swallowed in dispute: A montage displaying the destruction of age-old homes in Kashmir attacked by militants and the Indian military 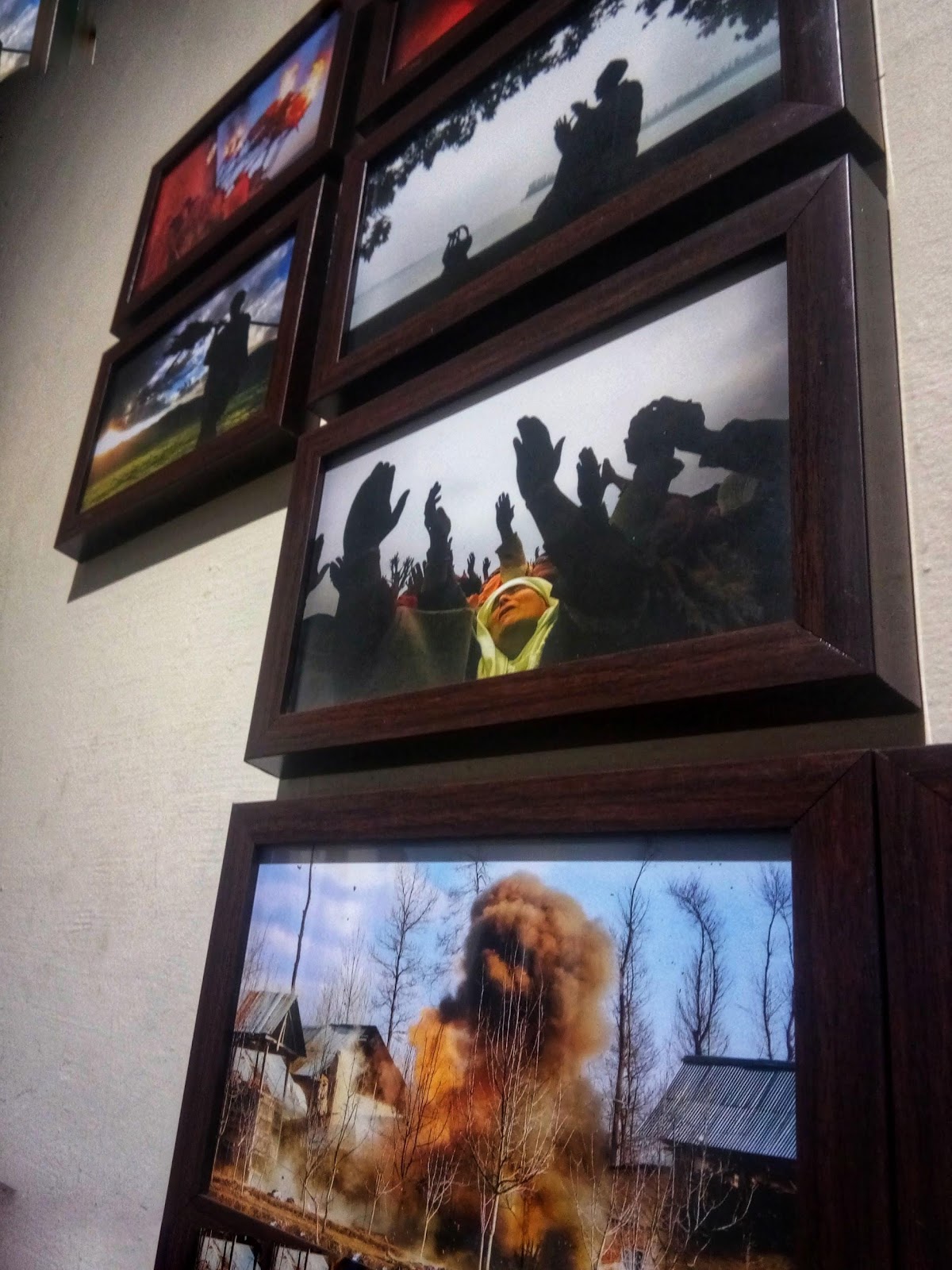 Mournings not mornings: With extrajudicial killings common and militancy on the rise, funerals and mournings have become perpetual for Kashmiris 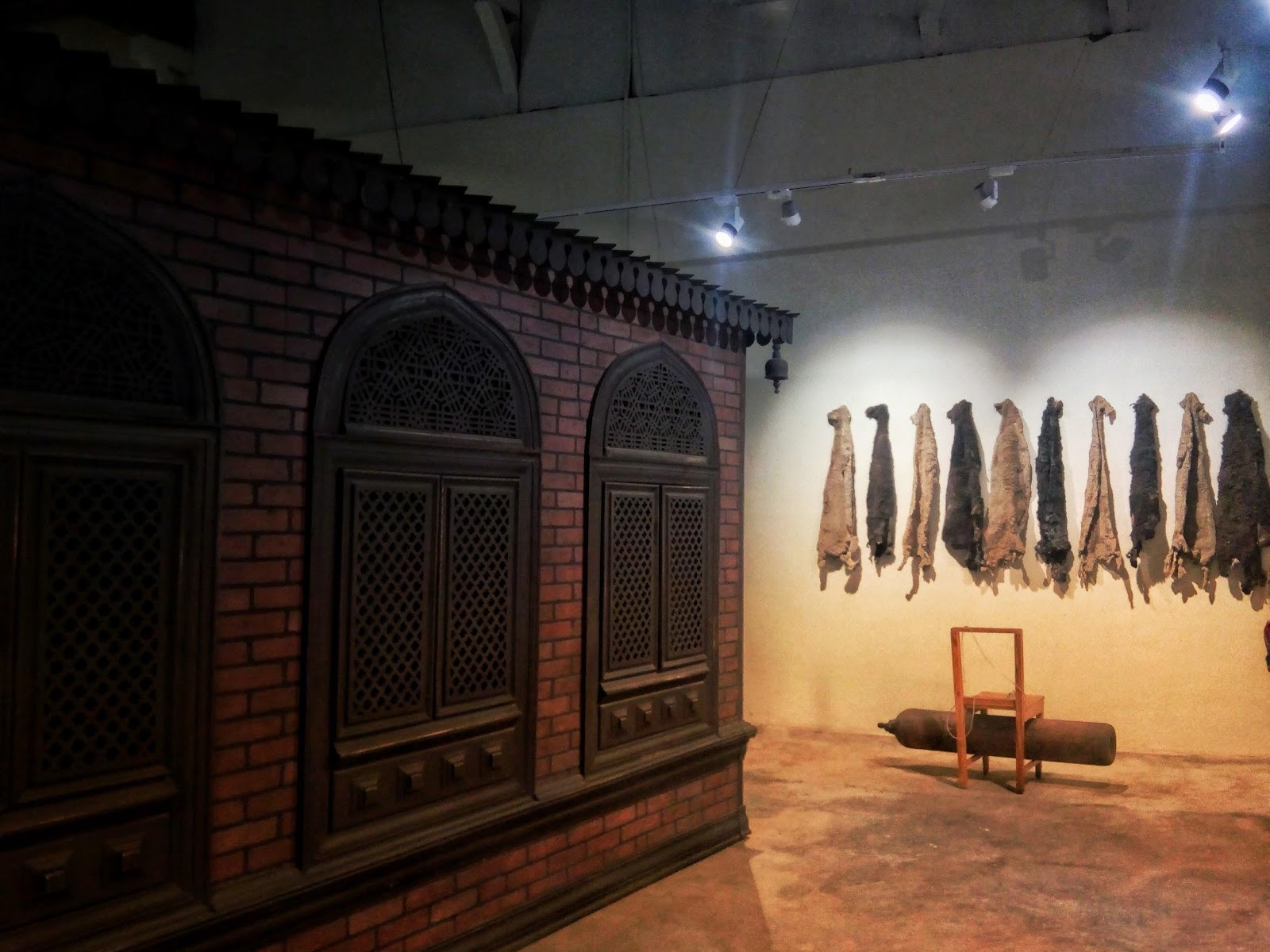 Losing Innocence: A Sufi dargah inside which was installed a graveyard of children from the Valley with a wall hanging of sheepskins