With ‘Firebrand’, produced by Priyanka Chopra and Dr Madhu Chopra’s Purple Pebble Pictures, the remarkable director lives up to her understanding and support of women who refuse to submit to patriarchal pressures or social and sexual subjugation, and emerge victorious in their own right.

The word ‘Firebrand’ fits Aruna Raje in her own right and also all the work she is known for. Her autobiography Freedom - My Story testifies to her courageous and lone ascent in the film world. Besides the films she has made, ‘Shaque’ (1976), ‘Sitam’ (1984), ‘Rihaee’ (1988), ‘Bhairavi’ (1996), ‘Tum’ (2004) and ‘Gehrayee’ (1980), the five-time National Award winning director adds the Marathi film ‘Firebrand’ to her repertoire. It is the third Marathi film produced by Purple Pebble Pictures, the other two being the National Award-winning ‘Ventilator’ (2016) and ‘Kay Re Rascala’ (2017).

Raje recently received the First Lady Award from the Government for being the first woman technician in the film industry and was felicitated by the President of India, Ram Nath Kovind, along with 115 women from India who were first to break the glass ceiling in their respective fields. Together, these honours single her out to be a much honoured and awarded woman in the film business. She says, “I am delighted to receive this recognition in the Indian film industry. Women have extraordinary capabilities and I personally believe that nothing is impossible for them. It is great that women are breaking new ground every day. For me, I love challenges and ‘the sky is not the limit.’”

The cast of ‘Firebrand’ is led by Usha Jadhav, Girish Kulkarni, Sachin Khedekar and Rajeshwari Sachdev, well-known names in the highly-regarded Marathi entertainment industry. The cinematography is by Siddharth More, sound by Anup Dev, editing by Umesh Gupta and Aruna Raje. The original background score and song is by Rohit Kulkarni.

Lead actor Usha Jadhav says: “Working with such a dashing woman as Aruna-tai in her new film was really a great experience. I am a great fan of her films. And this film in particular is a dream for an actor. She wrote this role keeping me in her mind. Aruna-tai is extremely clear as a director. She knows what she wants. I am really thankful to her for this film. I love her. The character Sunanda that I play is very strong. The film is a compelling story of a woman who faces all kinds of odds to emerge triumphant! It could happen to anybody … It’s a heart- warming depiction of what is possible when the odds are against you”.

Aruna Raje stays distinct and on her own turf. What sets her apart is her deep understanding of the female psyche. Specially so when it is in rebellion against the hypocrisy and injustice women face when controlled and manipulated by men, family and society. Her films do not rage or rant or render a diatribe on man-woman or marriage relationships. They are instead deep, intense, inward looking studies of women coping with their fate, their disappointments, degradation and losses in life. In her more recent films, Aruna Raje’s central characters are strong women who fight for the rights of women. In ‘Firebrand’, Usha Jadhav with her usual self-possession and confidence brilliantly plays the role of a lawyer working on women’s issues, and wins case after case with her dedication and perseverance. Interestingly, she carries inner demons of her own past which haunt her marriage and sexual relations. Her husband loves her deeply and tries his best to understand her extreme behavioral patterns. By finally facing her past and her dilemma, she comes to an understanding of herself, and tries to resolve her marriage, but on her own terms. In her eyes, women must have their own say, at times over and above men. And the men should love and esteem their wives and women-folk to permit this to happen. Aruna is very clear that in today’s fast evolving society comprising of old mindsets and new challenges, men and women must find a new equation based on love and mutual respect to be truly happy.

Interestingly, Aruna also shows the more frail side of women however much in command they may seem to the outside world. Women seemingly in total control often hide the pain, suffering, indignity and degradation they have incurred in their childhood and teenage years, which then turns into the psychological trauma they must overcome, regardless of how strong they are otherwise and to the outside world. It is here that she needs understanding and help from all those near and dear to her. When there is sexual abuse, the victim is shamed and legal issues are discussed, but very few people really give a thought of how to integrate the survivors back into mainstream living without shame – and what it takes to actually achieve that! 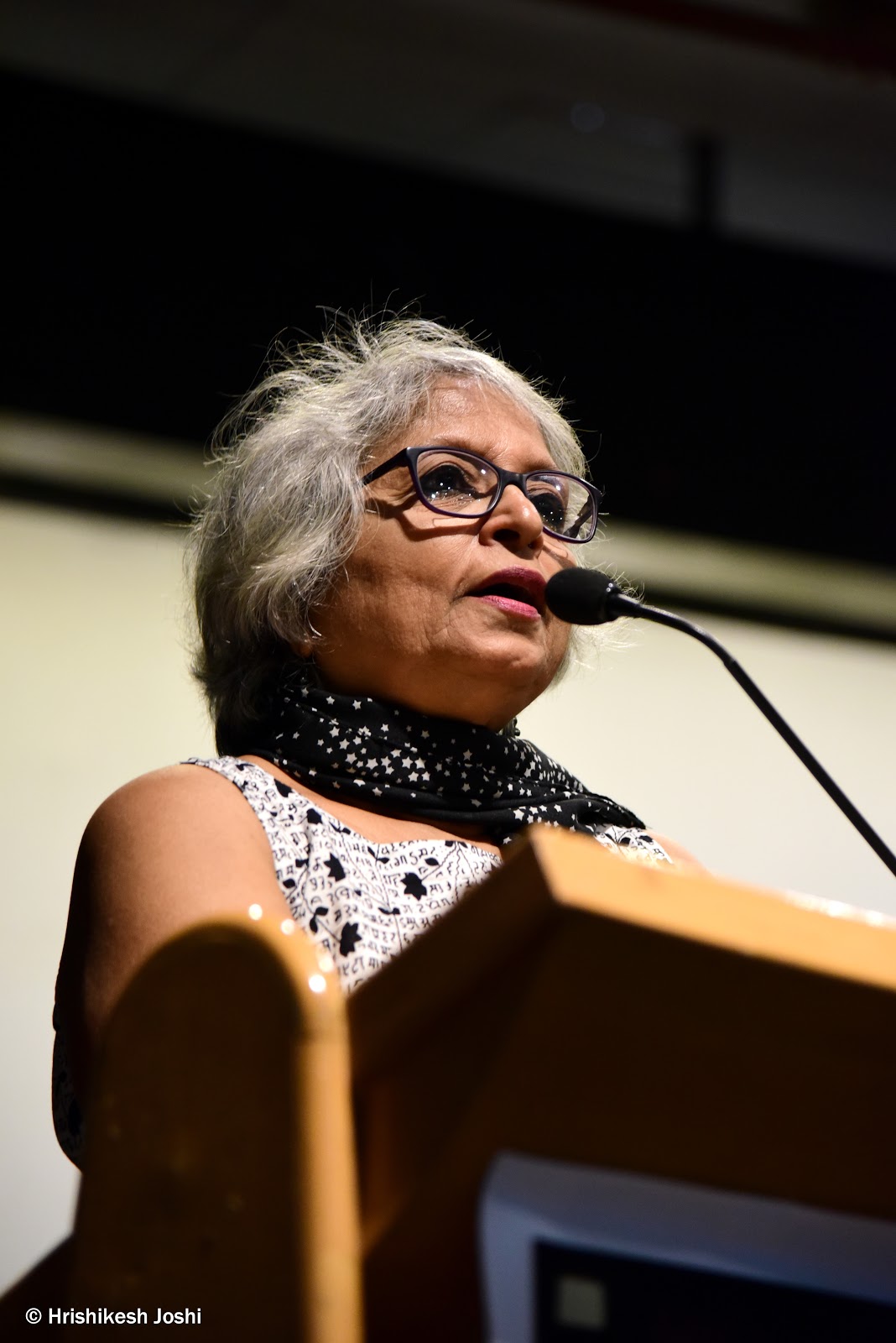 In ‘Firebrand’, Aruna Raje deftly shows the balancing act that women undergo on many levels, and emerge strong and fit only when they confront both their frailty and their strength in equal measure. As a filmmaker, she uses her medium not to just tell a story but to reflect and question what is possible for human beings given that the other hat she wears in life is that of a life coach.

It is heartening to see a film like this, which shows the turmoil women undergo within themselves while they have all the intelligence, strength and even the goodwill and support of a loving and perceptive man. It takes all these forces in her world to make her emerge as the woman she is capable of being.