The Many Uses of the Kumbh Mela

In her celebrated work The God Market: How Globalisation is Making India More Hindu, science historian Meera Nanda argues that there exists a temple-state-business nexus in India after liberalisation, which has helped Hindu nationalists come to power.

The arena of the just-concluded Kumbh Mela in Allahabad (now Prayagraj) is a textbook case of Nanda’s thesis. Here we can see how the state first intervened with the established tradition of the Mela, and the intertwined interests of religious leaders using it to their own ends, of the governing BJP, and of corporate houses using it as a site for promotion and advertisement.

In 2017, UNESCO recognized the Kumbh Mela as part of the world’s cultural heritage, as it is a continuing tradition, perhaps the largest peaceful congregation of pilgrims on earth.

According to Hindu tradition the Kumbh Mela is organized at four places namely Haridwar, Prayagraj (Allahabad), Ujjain and Nasik, every 12 years, while the Ardh or half Kumbh is held every six years. This year’s Ardh Kumbh Mela was promoted as Divya Kumbh and Bhavya Kumbh, and renamed by the Yogi government - which is expert in renaming - as the Poorna or complete Kumbh.

Another characteristic of the Kumbh is that ‘no one gets an invite for the Kumbh’ - people follow a Hindu calendar system, the panchanga, and accordingly head towards the site. This year the Yogi government destroyed this age-old tradition, sending ‘invites’ to villages in India and to 192 countries to attend the Kumbh.

These distortions of established Hindu tradition are an explicit case of misusing political power to influence and alter the religious beliefs and practices of common people, for selfish political gains.

The BJP is using the Kumbh to promote itself

The Kumbh Mela has become a venue for political campaigning for the BJP prior to the upcoming general election. The moment you exit Allahabad Junction or the Prayagraj bus stand, you encounter a lot of hoardings - in fact the entire city is replete with hoardings - on which the faces of BJP leaders and ministers greet people and claim the credit for organizing the Kumbh Mela. As if the Kumbh Mela would not have taken place without them!

There are even cutouts of Narendra Modi at several places in the Kumbh Mela, and people can be seen clicking selfies with the cutouts. 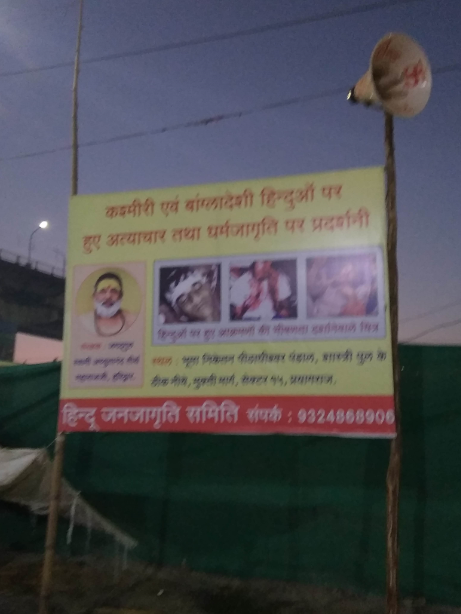 Then there are a number of hoardings which showcase central government schemes, for LPG connections, housing, loan waivers, farmers’ insurance etc. The Yogi government has also installed a large number of flatscreen TVs in various parts of the city, which 24x7 broadcast live imagery from the Kumbh interspersed with the state government’s own reckoning of its achievements.

A propaganda ground for Hindutva forces 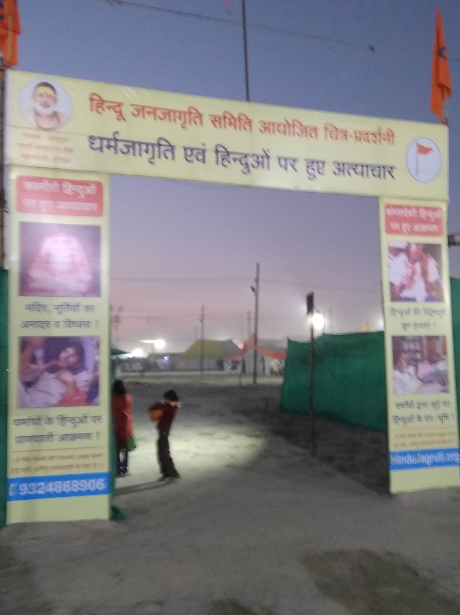 The samiti also has a stall in the Kumbh Mela which parrots the alleged atrocities perpetrated on Hindus in Kashmir, Bangladesh, and Pakistan from several loudspeakers. 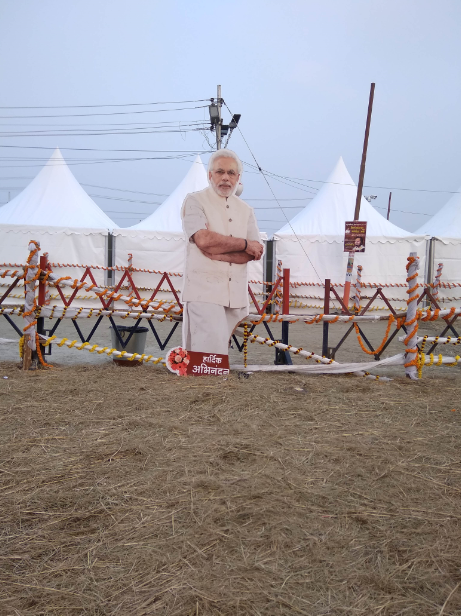 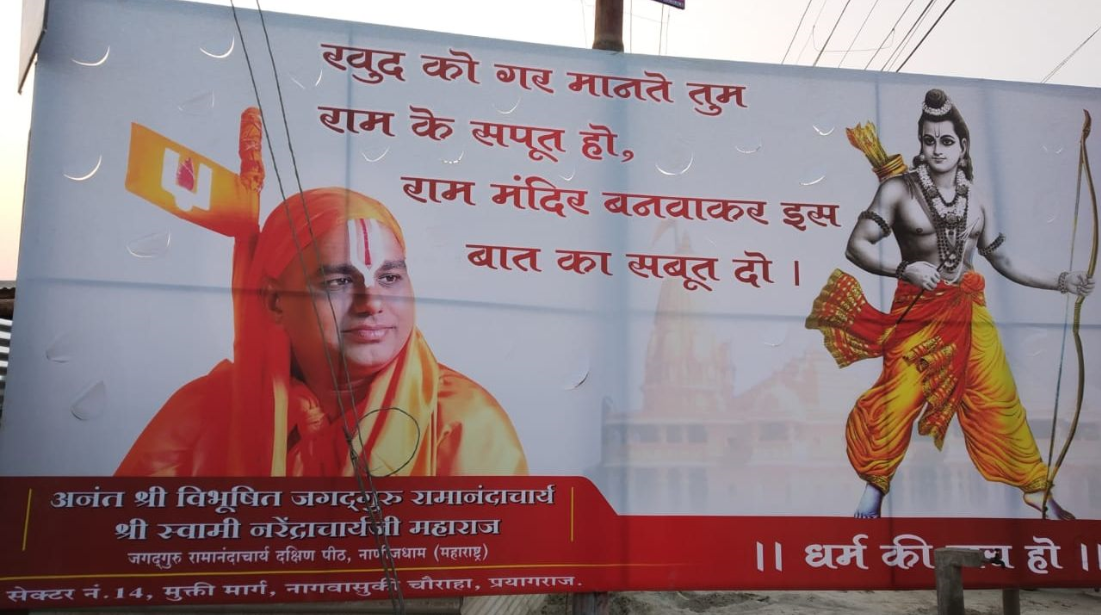 Corporate houses and the Kumbh Mela

Apart from being a religious pilgrimage site the Kumbh Mela has also always been a market, with people in earlier times coming from as far as present-day Iran to sell their goods. The market aspect of the Mela is as old as the tradition itself. As a site of mass gathering, the Mela becomes a good site for the exchange and sale of commodities.

What has changed in due course, also as argued by Meera Nanda, is that corporate houses are using people’s religiosity to promote and sell their commodities. Reliance Jio has launched a special Kumbh Jio Phone, while Airtel offered live telecast of the Kumbh over Airtel TV. 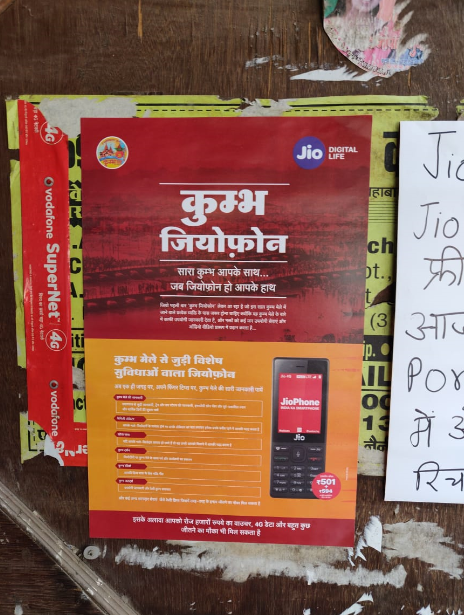 Very recently, at the Kumbh Mela PM Modi washed the feet of sewer cleaning personnel (safai karamcharis) in an event broadcast across the mainstream and social media. Just a few days before this exercise, two safai karamcharis suffocated to death inside sewers in PM Modi’s constituency of Varanasi. 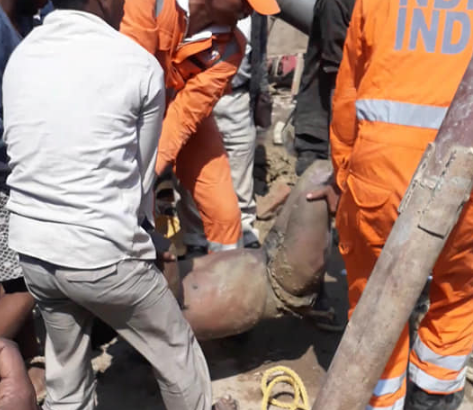