Ahaa Re - A Celluloid Tribute to Cooking and Food

Ahaa Re is an interjection in Bengali that has several meanings.

Cooking is an art, a science, a craft and an emotional and humane act that can touch hearts through the stomach and out of it. Can it unite countries and souls? Can it be used as a strategy of escaping depression and failure? Can cooking bring the joy of creation to the one who is designing, creating and orchestrating a dish? Yes, yes and yes and all this comes across lucidly in Ranjan Ghosh’s third feature film Ahaa Re where cooking is the subject matter, the protagonist and the focus, all three embraced under a common umbrella. Embedded within the culinary culture of every country is its climate, its emotions, its people and even Nature and colours and smells and taste. All this smoothly come across in Ahaa Re.

Ahaa Re is an interjection in Bengali that has several meanings. In this film, it continues to be an interjection but with the magic touch of the culinary arts. The storyline is simple and straightforward but as one goes along, one comes across the interesting twists and turns in the narrative, in the characters and in their inter-relationships. Raja (Arifin Shuvoo), decides to migrate from Dhaka in Bangladesh where he lives and works, to Kolkata in India when his fiancée Shahida (Amrita Chatterjee) when she decides to go to France to train at Christian Dior. His relationship with his parents is difficult too because he does not like his step-father (Dipankar De) who seems to be a nice man. 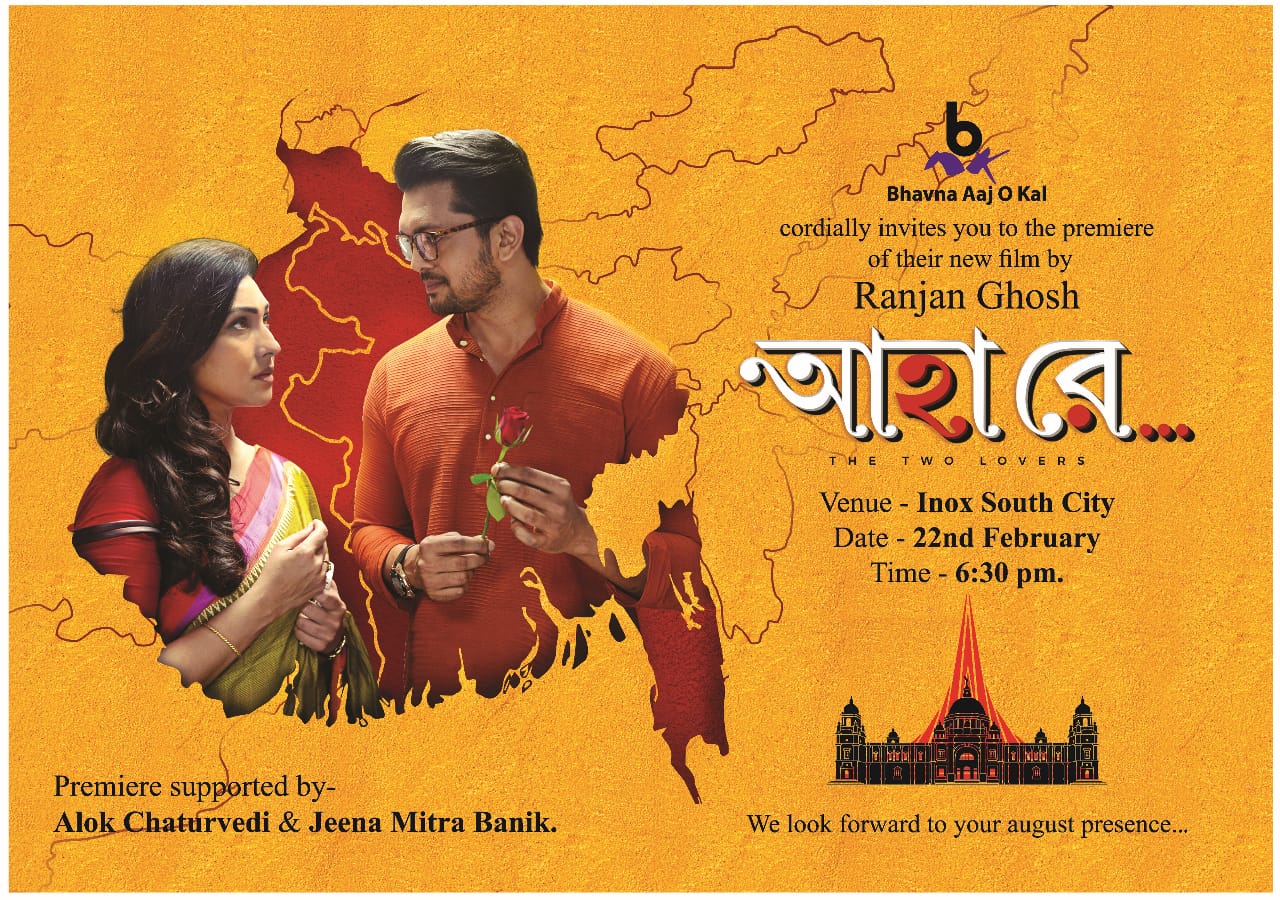 Kolkata is a city he is not familiar with especially with the kind of cooking that sustains in West Bengal that is distanced from the kind of cooking in Bangladesh. He orders authentic Bengali food from a home delivery service and is amazed with the fare. The boy who delivers the food informs him that his older sister Basundhara (Rituparna Sengupta) runs a home food delivery service. He tries to befriend the family, the common link being food. But Basundhara is an introvert and keeps aloof from Raja as much as she can.

How mutual lessons in cooking exchanged between Raja and Basundhara change the equation between the two is one of the many highlights of the secrets that lay hidden in cooking. Raja, a Muslim from Bangladesh, falls in love with the Hindu Brahmin Basundhara in Kolkata though she rejects him without giving any reason. Her father eagerly looks forward to the two tying the knot but Basundhara seems to be adamant. Is it because Raja is Muslim? Is it because he has a past? Is it because she is older than he is? Or, is it because of some secret she chooses to hold close to her chest? The racy climax offers all the answers.

Director Ghosh takes full advantage of the colours, the sounds and the hidden music that cooking carries between the lines such as Basundhara and Raja going to the market instead of a shopping mall for fresh vegetables, spices, fish and poultry. The narrow lanes of Kolkata are juxtaposed against the spic-and-span but dry, grey interiors of the kitchen of the starred hotel where Raja works, sometimes closing in on the beautiful alpana – the traditional floor paintings in Bengali homes where Basundhara gracefully puts her act together including the Saraswati Pooja in her home to which Raja is invited and loves the ambience of the Hindu pooja. 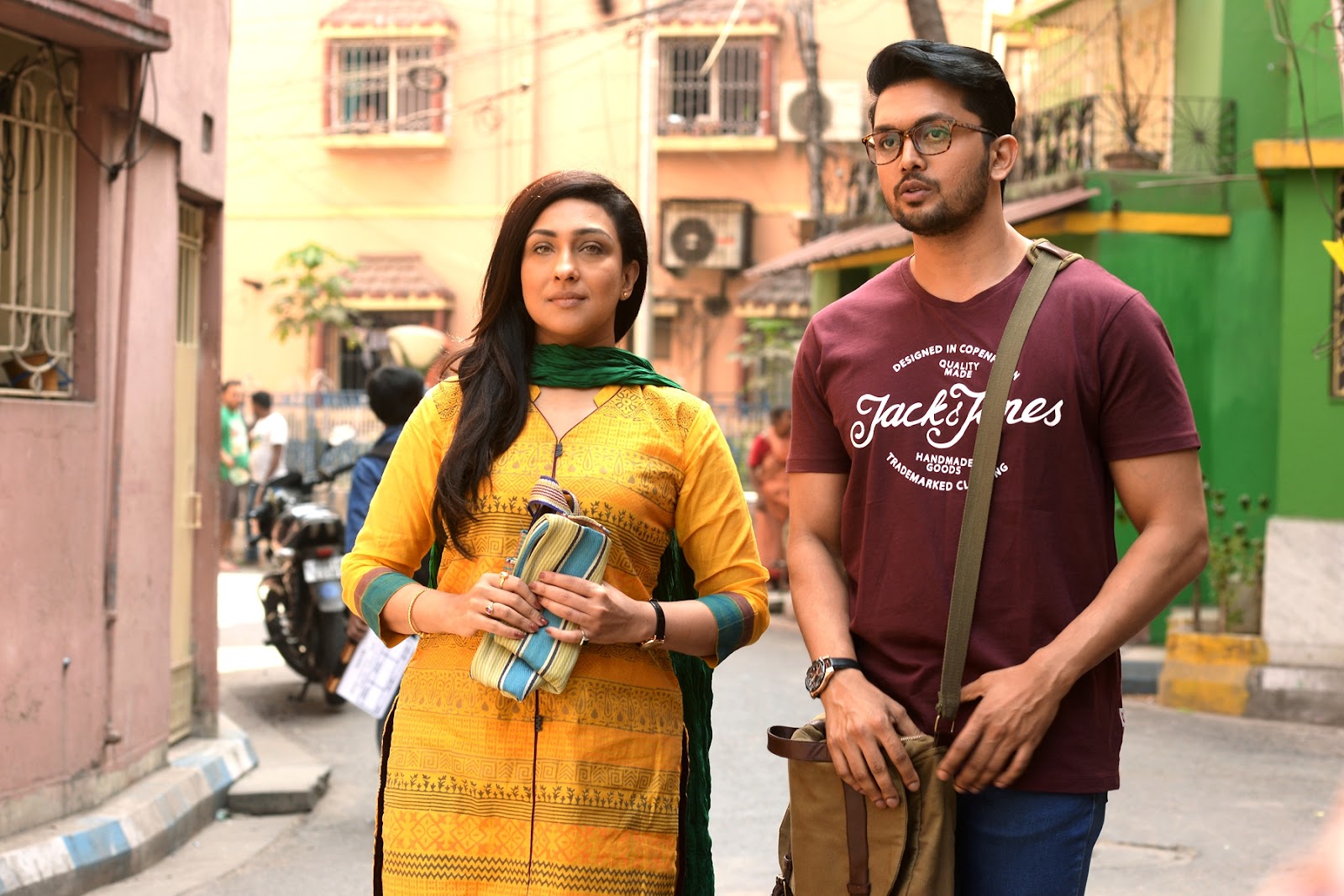 Other than the soft music including one Tagore song and some poetry, one by Tagore and one by Kazi Nazrul Islam, the sound track spills over with sounds of the kitchen while seasonings are done, food items are being roasted, stirred and fried and then laid out in plates, and the only thing one misses out on is the smell of the food. The cameo characters are fleshed out as much as the lead ones such as Anubhav Pal who plays the very funny hotelier friend of Raja who changes girlfriends every 45 days, or, Basundhara’s brother essayed by debutant Shubhrosankha Das and Paran Bandopadhyay as the father of Basundhara who is desperate to get his magic act together that always ends in failure except…..well, let that be a secret.

Except for its inordinate footage that seems to go on and on at two hours and a half that could and should have been cut down, and putting too many eggs in one basket, Ahaa Re reaches beyond food to offer food as entertainment, food as a political statement that can bring together two countries that speak the same language but practice a different religion, as an escapist strategy to hide in the kitchen through cooking to avoid either distress or decision or both and last but never the least, as a way to express love in its own beautiful way. 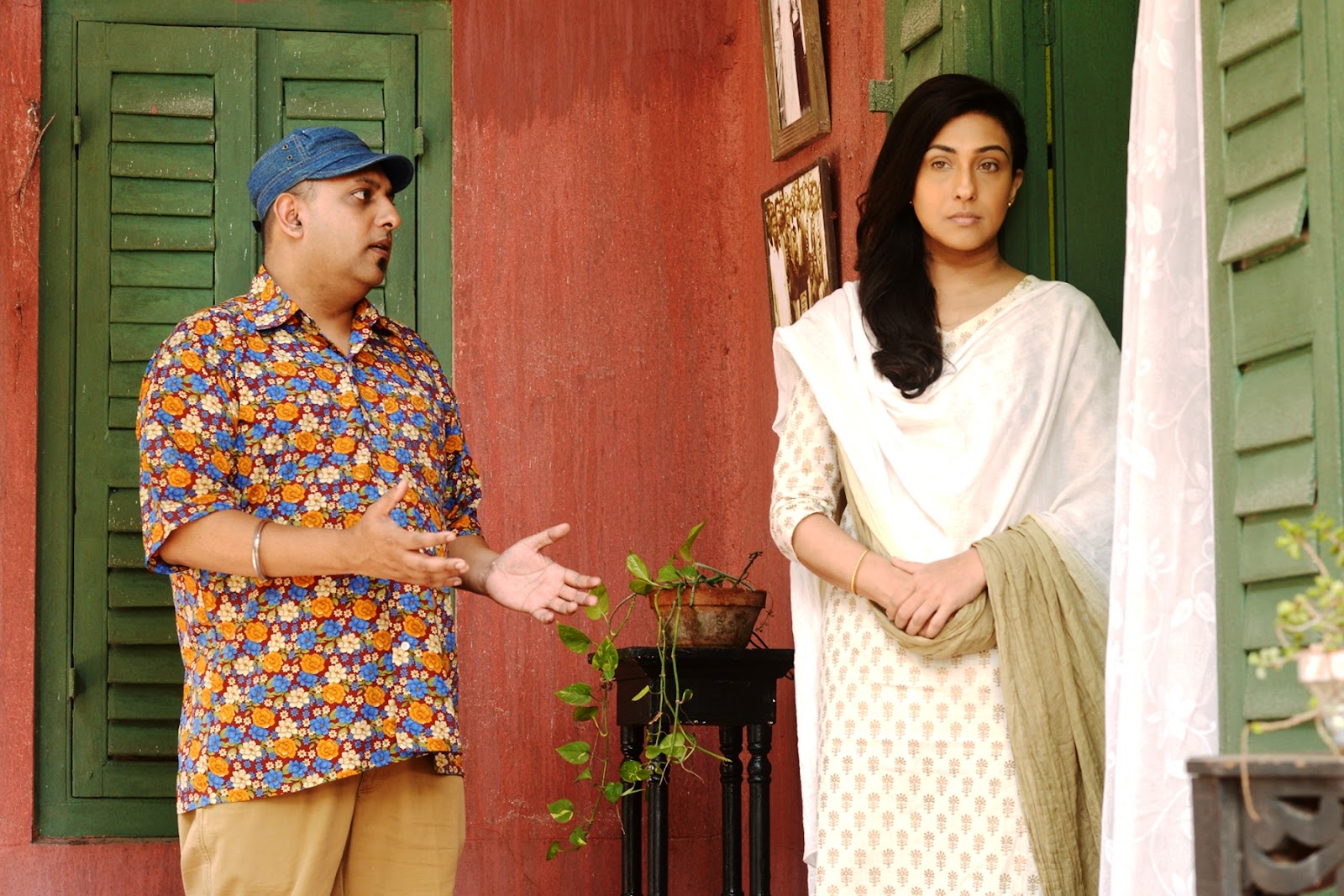 The muted music is beautiful as is the cinematography that captures the wide expanse of the sky, alternating between the cosy home of Basundhara’s small family and the narrow and colourful lanes of Kolkata with his vegetable and fish markets and so on. Arifin Shuvoo as Raja makes a sparkling debut in his first Indian film with his soft, sophisticated and sober screen image with a good voice, body language and demeanour that suits the character he portrays while Rituparna Sengupta allows her performance like candle light glowing in the dark – subtle but powerful in its glow, enough to cut into her long silences. Salt in cooking also plays a bonding factor between two people and also, across two generations. Ghosh insists that Ahaa Re is a love story. But it pushes the borders of any ordinary love story to unfold other layers of human relationship where cooking of food plays cupid, cooking plays a political strategist and food plays itself – food and more importantly, the cooking of it. Whew!