Save Our Constitution! Rallying Cry of Artists and Youth at Red Fort

A step towards filling the vacuum enforced in the public sphere

Recently the majestic Red Fort was witness to an attempt by artists and concerned Indians to reclaim public spaces and the values enshrined in our Constitution.

A two-day convention titled Chalo Lal Qila (To the Red Fort) was organised by a group called Artists Unite! on March 2 and 3. Over a hundred artists, writers, filmmakers and dramatists gathered at the historic 15 August Park at the Red Fort in Delhi. Using multiple platforms, they spoke of democracy, togetherness, of saving the Constitution and an India that belongs to everyone.

All through the event participants and performers invoked the protest poetry of revolutionary poets such as Faiz Ahmad Faiz, Sahir Ludhianvi and Avtaar Singh Sandu (Paash). Faiz’s ‘Bol ki lab azad hain tere’, ‘Ye galiyon ke awara bekar kutte’, ‘Dasht-e tanhai mein’ and many similar lines from the poems of Sahir and Paash were also heard from the main stage, open mike and many other platforms. 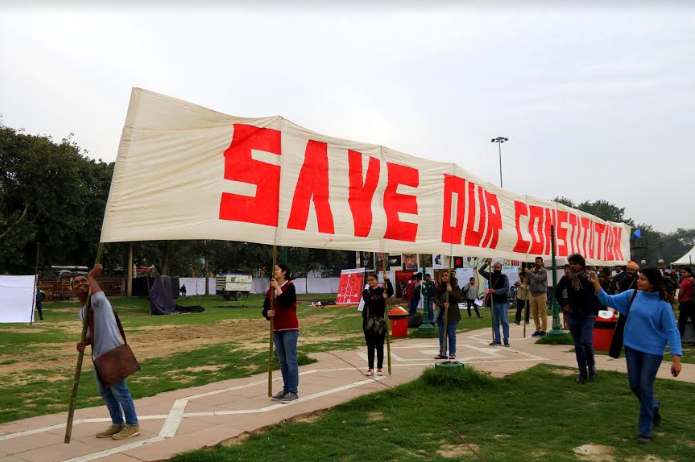 The event was held in the looming shadow of the war rhetoric the country underwent those long days, with posters and cries of NO WAR being seen and heard all over the venue.

Young people turned up in large numbers to participate and lend their voices and effort, another highlight of the event. The open mike platform especially was monopolised by the youth, who took to the mike with passion and expressed themselves in public through songs, poems and oratory.

The event was an important step towards filling a vacuum which has emerged over the last 15 years (at least) in the public sphere. In the 1990s, after the murder of Safdar Hashmi by Congress goons, SAHMAT was one platform which would regularly bring artists together to highlight the importance of free expression, constitutionalism, communal harmony and secularism, with programs such as Art on the Move and Janotsav. 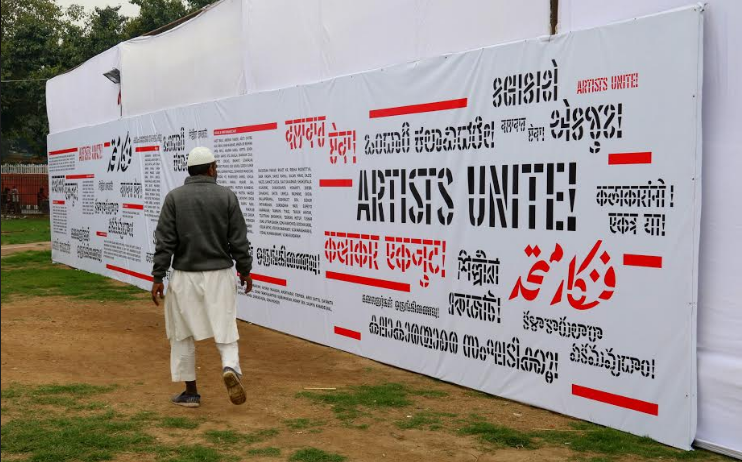 Now, this new initiative has once again brought the artistic fraternity into the much needed public sphere.

Over the two days of the convetion, concurrent programmes were running on several platforms which included a performance stage for theatre, a stage for young musicians and spoken word poetry, a visual arts space for installations and other forms of display, and a children’s space for music, story-telling, artwork and performances.

There were also impromptu performances in and outside the event space by street theatre groups and other artists. 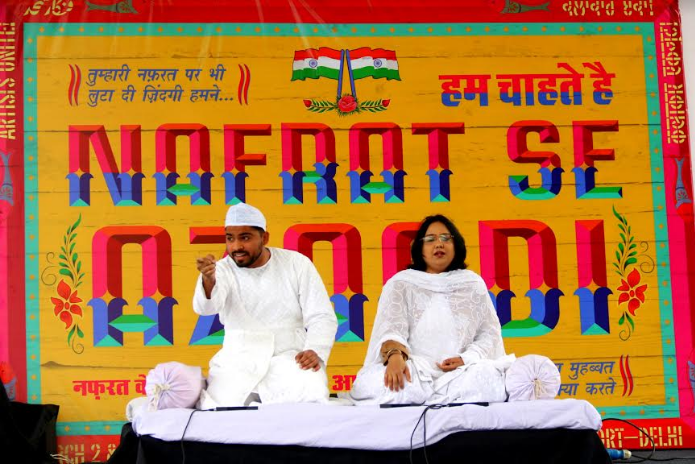 The event space was utilised effectively by using large freight containers that could offer a surface for video projections as well as the display of artworks.

All this amid unconfirmed reports that a planned screening of films could not take place due to the intervention of the Delhi Police, on the grounds that Central Board of Film Certification certificates were not available for some of the films scheduled to be screened.

Famed contemporary dancer Astad Deboo stole the thunder with his performance described as a Sufi take on peace. Through dance aided by creative light effects he was able to create a surrealist atmosphere.

Well-known Hindustani classical singer Shubha Mudgal chose to render a poem by Neeraj about the dangers of communalism. 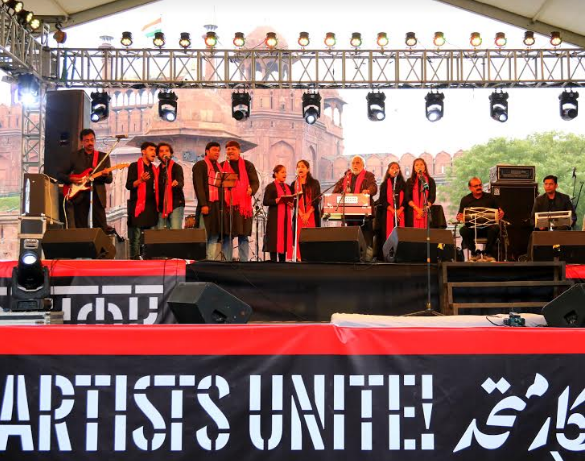 A poetry session was also held where Ashok Vajpeyi, Gauhar Raza, Nouman Shauq, Waseem Rashid and Sabika Abbas read to an enthusiastic audience. All the poems centered on the themes of peace, nonviolence and harmony.

And there were exhibitions of visual art, hiphop and reggae music, and a celebration of Delhi’s diverse food cultures.

As with much else these days, Chalo Lal Qila had its beginnings online, in a Declaration of Intent by Artists Unite, signed by over 800 artists in all mediums from across the country. We reproduce the declaration below, with highlights added: 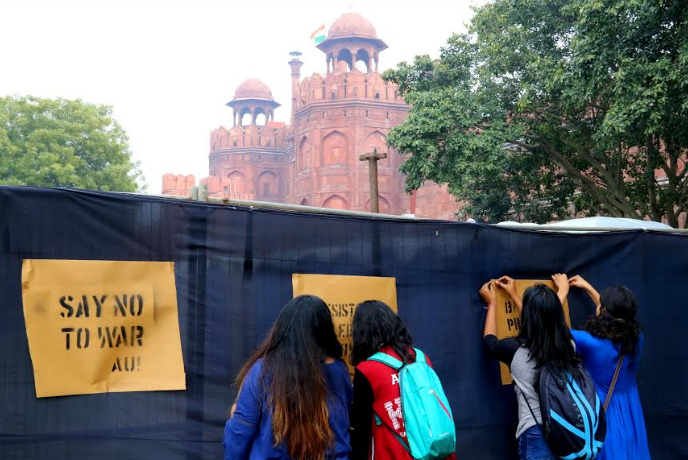 for Democracy | against Hate

In India’s recent history the politics of hate, division and exclusion has never been so dominant as we find it today, with a poisonous ideology which informs it deeply entrenched into the state and in governance. Never before has hate been directed with such calculated intent against Muslims, Christians, Adivasis, Dalits, women, trans people, people in conflict areas and even children.

The right to life, the right to love, food choices, cultural expression, language and histories are all under assault by this politics, which is at war with the people of India and their diverse cultures. Cultural and social life in India is being torn asunder by a toxic cocktail of propaganda, violence, censorship and distorted histories. 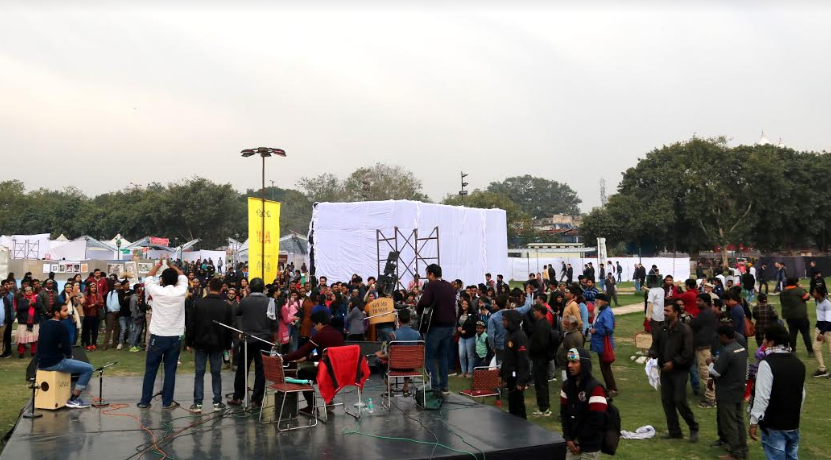 India is a uniquely rich repository of cultures that evolved out of long histories of philosophical, religious, literary, linguistic and artistic encounters. Those who wish to subsume politics into the imperatives of populist regression are attacking all aspects of this culture, which stands firmly in opposition to their idea of a monolithic and exclusionist India.

New cultural narratives are being spawned by this ideology of hate, imbued with a sense of victimhood, revenge, aggression, and violence that has manifested itself in many forms, from horrific acts of lynching to the murderous attacks on writers and artists, the violent disruption of cultural events, destruction of educational and cultural institutions and the rewriting of school text-books.

The emancipatory and spiritual possibilities of culture are being replaced by a language that relies solely on war cries, propaganda, and the images, metaphors, visions and sounds of supremacy. 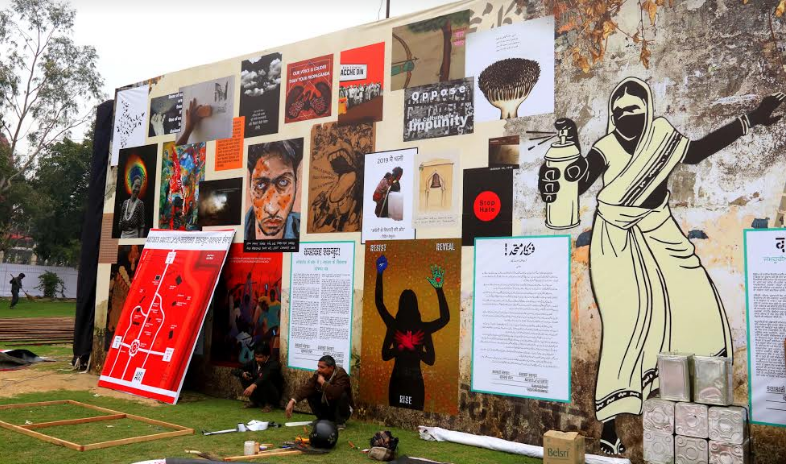 The ongoing assault on culture is an attack on democracy. When cultural life is attacked democracy itself is in peril because of the disappearance of a language that articulates our shared spiritual and social lives, shared histories and shared memories.

Democracy is not a majoritarian project to identify enemies and enforce uniformity of language, behaviour and culture. Democracy is the celebration of a collective will for peace, of living together with dignity and equality. 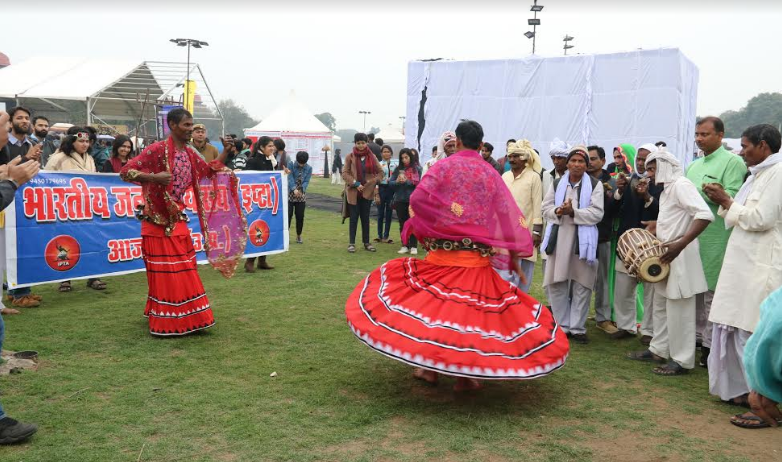 We recognize that the populist hate politics of today is riding the wave of disenchantment with democratic, secular political parties that have failed to deliver on the social democratic charter of the constitution. Pernicious inequalities based on class, caste, ethnicity, religion and gender not only pose a moral crisis for the country but they also reflect a political failure.

Recent reports suggest that one percent of our population has appropriated 73 per cent of the wealth generated in 2017, a statistic that speaks about the state of poverty and desperation, as well as the nature of development that is being promoted in the country. An agrarian crisis is taking its toll on millions of farmers. Adivasis are being driven out of their forests. Workers’ lives have become ever more precarious. We are spiralling towards an ecological disaster on the back of an idea of development that has become synonymous with greed and profiteering.

We appeal to democratic, secular political parties to think anew of a politics rooted in economic and social justice; ecological and environmental sustainability; plurality and diversity; decentralization and devolution of power; ethics, love, compassion, tolerance and the rule of law. 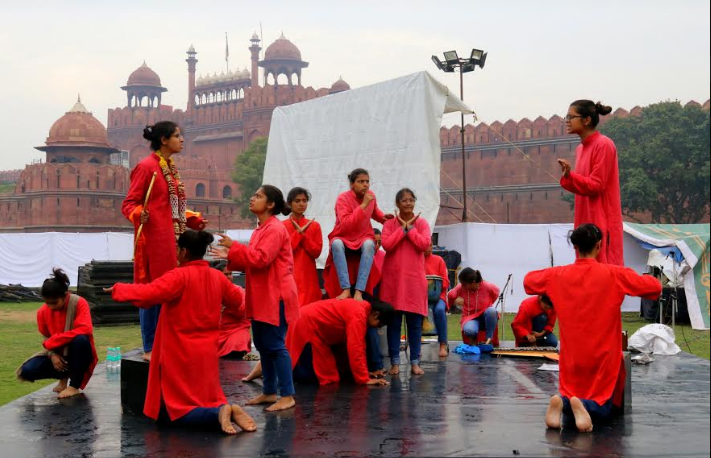 As artists and cultural practitioners were-dedicate ourselves at this critical moment to defend a culture that speaks of love, equality and solidarity. We will fight hate with love. We will counter violence with peace. Through our images, speech, words, music and bodies we will resist the cultural destruction of India.

As we enter an election year, with strong indications that we will witness the cynical triggering of more violence and the fanning of communal hatred, the need for the broad ‘arts’ community to speak up has become more urgent than ever. To be signed by artists and litterateurs from across the country the declaration is a collective statement of resistance by artists, a commitment to create anti hate work, and an appeal to various democratic and secular political parties to commit to anti hate steps…

Artists Unite supports the #MeToo campaign and is committed to creating and maintaining spaces safe from sexual harassment, assault and intimidation. 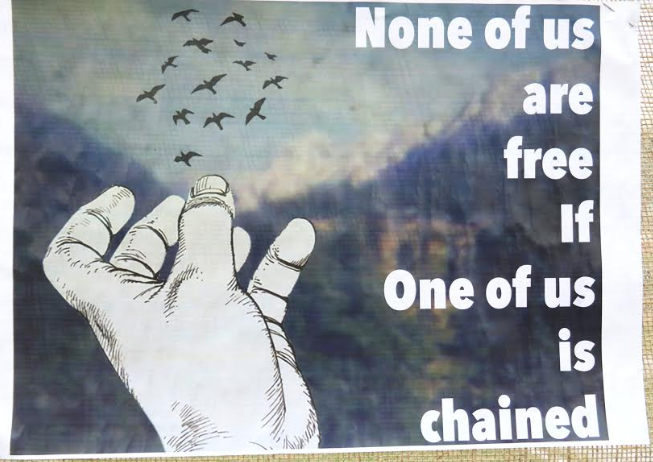 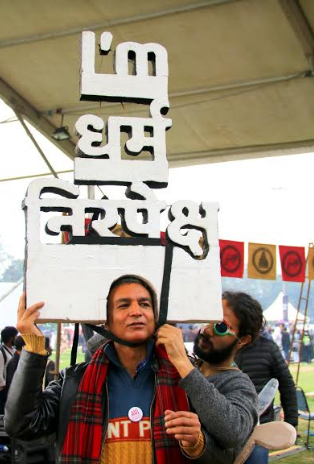 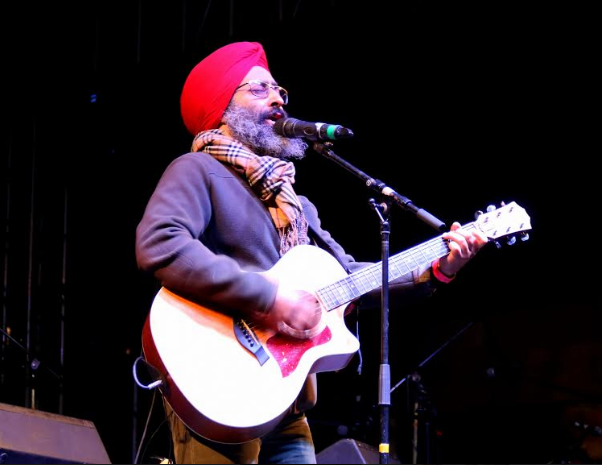 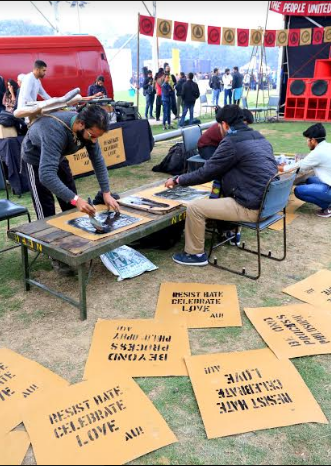