This Time, Polls in Bihar Without Laloo Chalisa

It really is newsworthy that the national dailies aren’t giving any space now to Laloo Chalisa. For about 28 years this very cheaply printed booklet acted as a major poll-tool for the Rashtriya Janata Dal (RJD) in all Lok Sabha and Legislative Assembly elections.

It may come as comic relief to educated types but Laloo Chalisa always remained one of the main issues of newspaper reporting from poll-bound Bihar, as it showed the most innovative way for the people of the state to project a leader’s larger than life image.

This time, the booklet Laloo Chalisa fashioned after the Hanuman Chalisa to portray a larger than life Lalu Prasad Yadav, is absent from the poll campaign. The book is not to be found in newspaper stalls, where previously you could get hundreds of copies of it.

Incidentally, RJD chief Lalu Prasad Yadav is currently in jail and is barred from campaigning for his party’s candidates in the coming Lok Sabha polls. 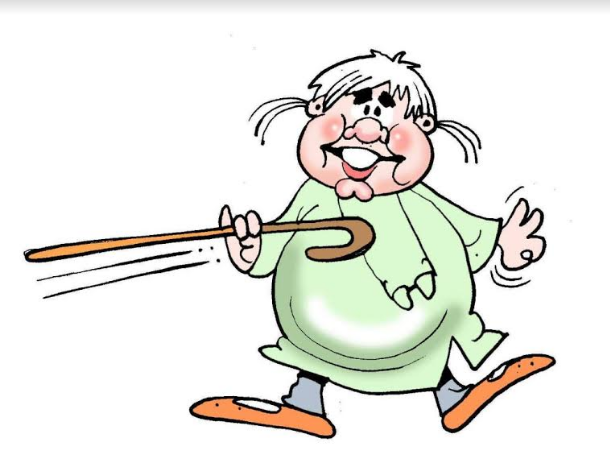 Laloo Chalisa, glorifying Laloo since he became Railway Minister, was almost a permanent part of poll campaigning in Bihar by the RJD. RJD candidates would distribute Laloo Chalisa among voters in their constituencies. The party is currently in trouble due to the absence of Lalu.

Immensely happy at the poet laureate Brahmadeo Anand Paswan who composed Laloo Chalisa, Lalu made him a Rajya Sabha member as a reward. Brahmadeo, however, left him after he was not given a second term.

Now he no more praises Lalu. He rather told the media that Lalu committed the Fodder Scam and that is why he is in jail. Brahmadeo has found his place in the political cold storage of Bihar. 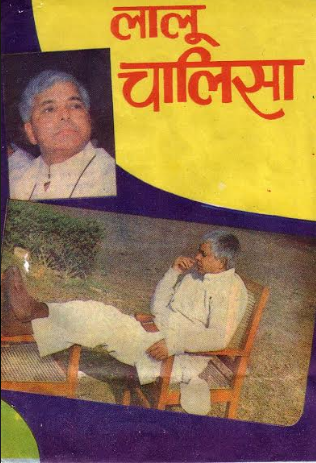 It is a fact that Lalu mostly rewarded his loyalists. It also is a fact that that he never punished anyone who showed him in bad light through cartoons or mimicry. Though there have been political leaders who punished such persons.

Lalu had once said that Bollywood film star Shekhar Suman was earning his bread and butter by mimicking him, if only partly. He did not, however, explain what “if only partly” meant. Nobody knows what Suman’s wholly mimicking Lalu would have meant.

Lalu also never commented on Patni Chalisa, a collection of terrible Hindi poems that advises hubbies they had better turn “wife worshippers” or at least join the team of henpecked husbands, so that wives treat them well. Though the Indian media started drawing inferences during the 14th Lok Sabha polls that Patni Chalisa was after Rabri Devi, Lalu never objected to it.

Coming to Rabri Devi, wife of Lalu and ex-chief minister of Bihar, the RJD chief’s utterances always made news during the polls and afterwards as well. Once he said that Rabri, his wife, does not need to go to a beauty parlour as she is full of natural beauty par excellence. That observation, however, made opponents of Lalu dub him as “Love Guru” and a henpecked hubby, but he had no objections to that. 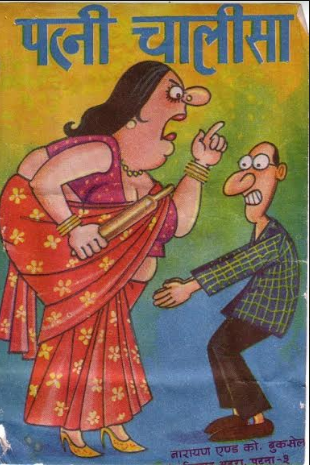 In the news since 1997 when as Railways Minister Laloo Prasad Yadav went to jail after making his wife Rabri Devi Chief Minister of Bihar, the booklet Patni Chalisa printed on the cheapest possible paper became the common-most innuendo for the BJP to attack the RJD. Now this book too is not available.

The cover of this booklet shows “Patni” (wife) threatening her hubby with a belan or rolling-pin, while he is posed as if touching her feet. The henpecked hubby looks quite small vis-à-vis his wife.

The booklet advises all hubbies to accept all abuses and curses of their wives with stoic silence unless they want their home to become a warfront: a virtual Kurukshetra.

Incidentally, Rabri had earlier said she would stop serving aloo chokha-dal-bhaat (mashed potato-dal-rice) to Lalu if he did not fight for the women’s cause. She also said it was the RJD and not Lalu who had made her chief minister.

Not all books on Lalu praise him, however. Some such as Smile Toons, a book of cartoons by Pawan, also portray the scams that took place during his regime as Bihar’s chief minister.

Incidentally, Laloo probably has the largest number of cartoons to his credit among Indian politicians.

Believe it or not, when the cartoonists tried to make different strokes of Laloo through cartoons, he never objected to them, rather appreciated it, once going on record to say that his face is ubar-khabar (coarse or shapeless) and hence an ideal subject matter for cartoons.

Just as the RJD was using Laloo Chalisa as a poll-tool, the BJP seems to have copied it. Bihar’s deputy chief minister Sushil Kumar Modi has just released a 300-page book in Hindi called Laloo Leela, which chronicles Lalu’s involvement in the Fodder Scam. 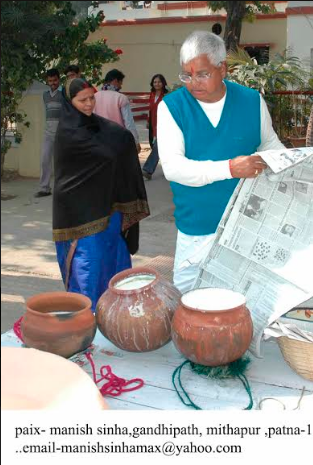