An Art District is Born on the Walls of Lodhi Estate

The scene is a curled-up cat lazing around on a wooden stool, a steaming kettle and a boy awaiting a hair cut in an open barbershop. This is the routine of life in Dilli and there is nothing remarkable about it. Yet it’s one of the most popular backdrops for a selfie in Delhi today. To witness it, you need to stroll around the Lodhi Estate Art District. 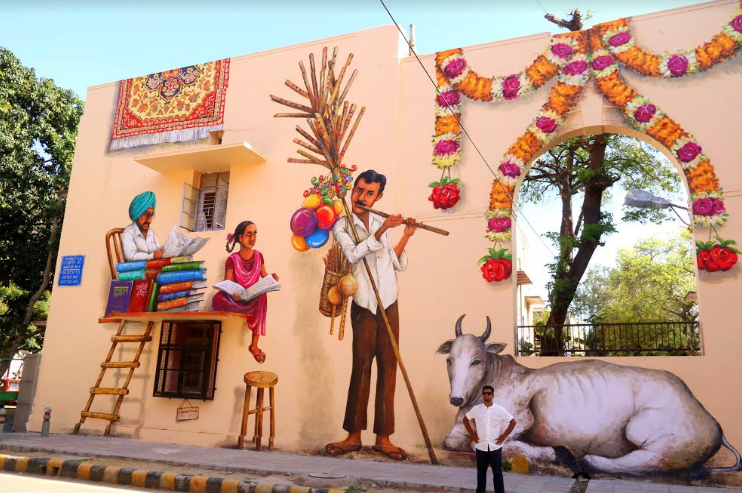 The residential quarters of Lodhi Estate came up in the 1940s to house babus serving the British Raj, being one of the last creations of the Raj. It was a quiet peaceful neighbourhood then, and nearly eight decades hence remains much the same. But in the last couple of years, it has gone through a visible change and is changing even today. It has metamorphosed into perhaps the first art district in India. 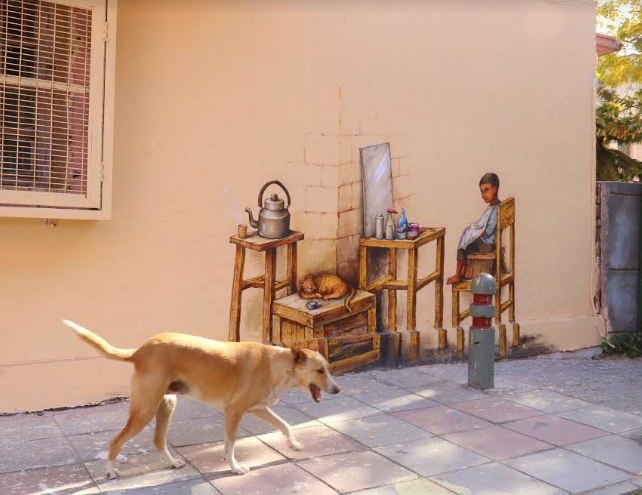 The buildings here, created in the British colonial architectural style, have lent their walls as huge canvases for the imagination of a number of Indian and international artists. The playful, communicative and evocative art has changed the complete meaning of these otherwise staid buildings. 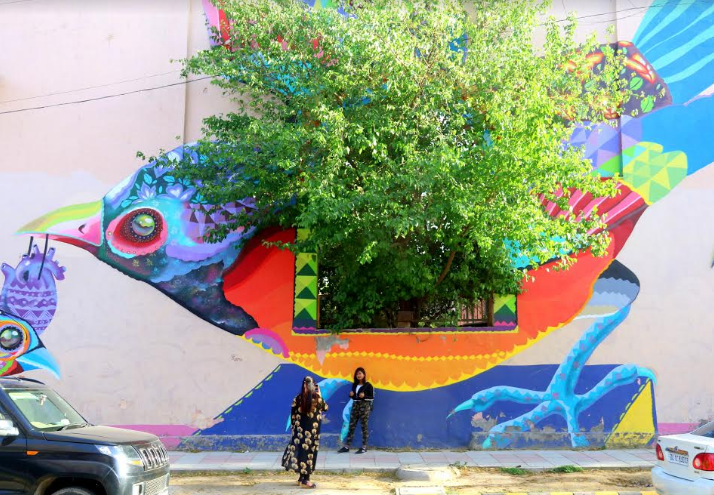 The best way to visit the place is on an early Sunday morning stroll. You will encounter many other Dilliwalahs doing the same, armed with smartphones. 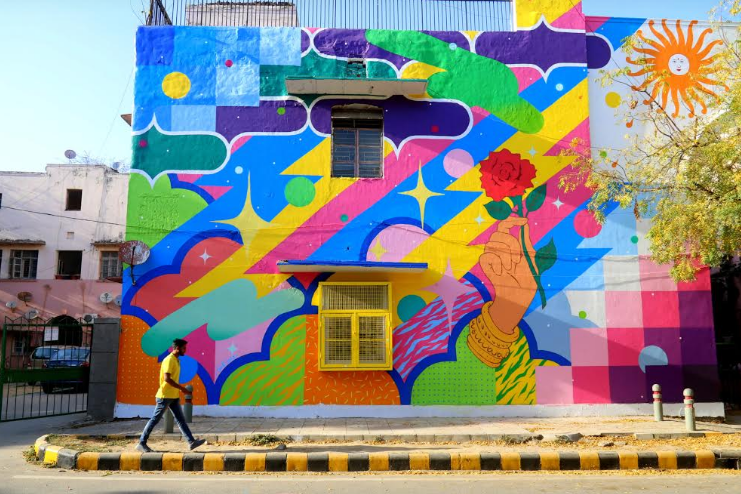 “The idea is to take art out of the restricted, formal and conventional gallery space and bring it out into the open, among the common people who inspire it,” says Lekha Subharwal from Majlis, an open art forum which created one of the new murals in Lodhi Estate depicting wild elephants. 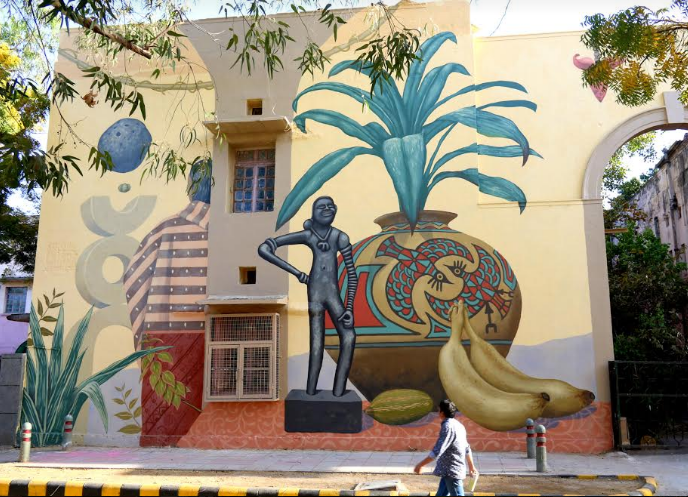 This transformation of Lodhi Estate into an art district began in 2016. Nowadays it is going through a fresh stint of painting and repainting. It was initiated by St+art India, which says it is a not-for-profit organisation established that year by a group of young like-minded artists. 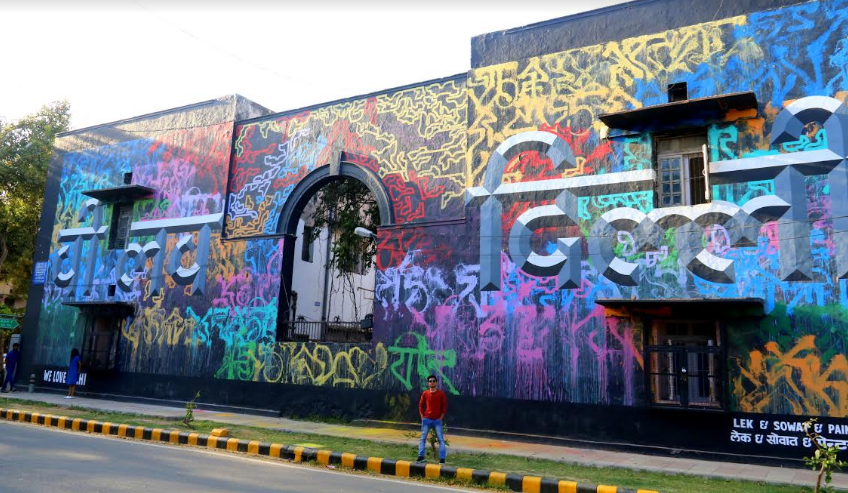 They were supported by New Delhi Municipal Corporation which provided the residential quarters of Lodhi Estate as a home for their murals, street art and graffiti.

We bring you some of the highlights of the place. 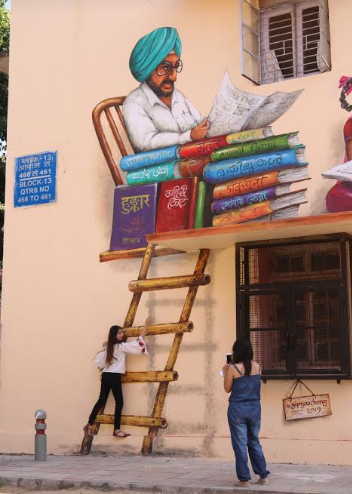 The murals cover a wide range of issues and emotions such as the smartphone induced selfie revolution, global warming, climate change, Swachh Bharat and the emancipation of women. There are also murals inspired by Australian aboriginal art and Gond tribal art from India. 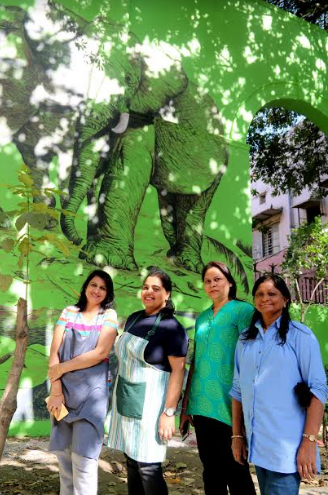 In a mural titled The Tourist, Indian artists Arvind and Kamesh turn their eye upon the people (viewers) who would regularly come up to the mural to take selfies. Another mural shows a number of human figures engaged in taking selfies and images for social media sites, and shows a new way of understanding algorithms in the new millennium. 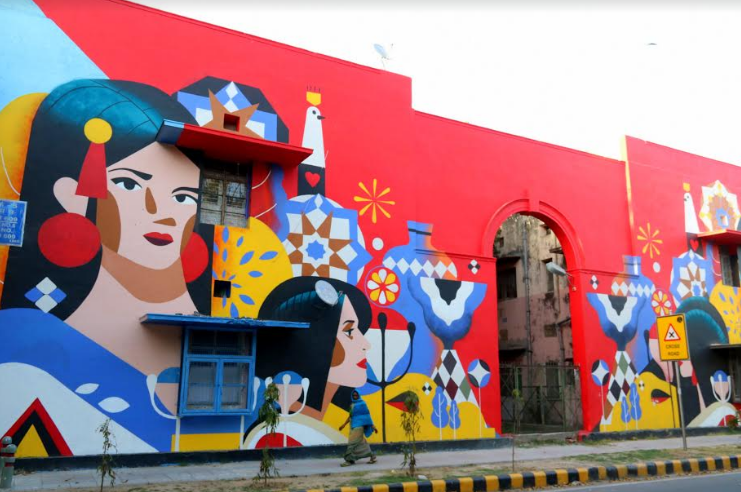 We Love Dilli is another highly photographed mural, made by French duo Lek and Sowat with Indian artist Hanif Kureshi. It is a celebration of the colours of Delhi, the millennium city. 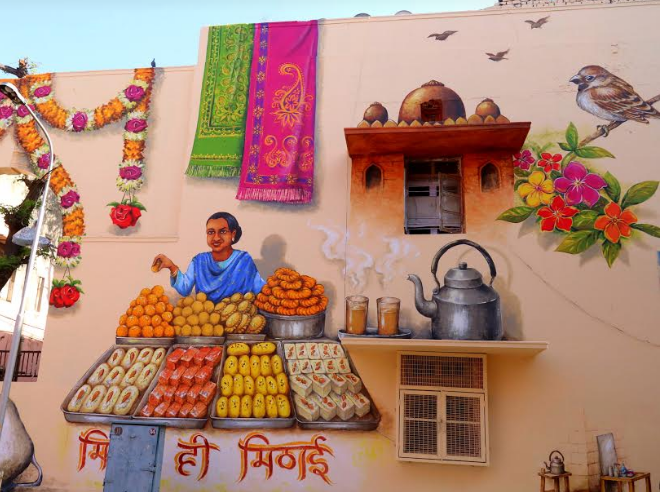 A mural to celebrate womanhood was inaugurated on March 8 this year, on International Women’s Day. The Polish artist Nespoon used a pattern of lace to create it. 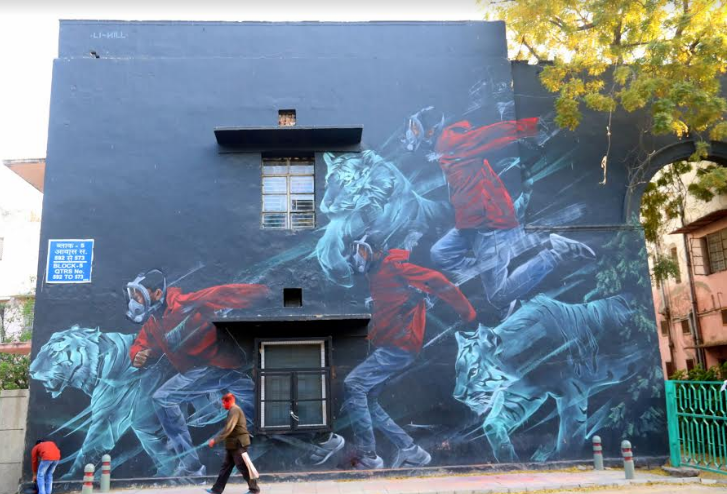 One of the most popular and photographed murals is by Singaporean artist Yip Yew Chong. It shows images of a balloon seller, a sweet shop, a barber shop under a tree and a brooding cow, among others. 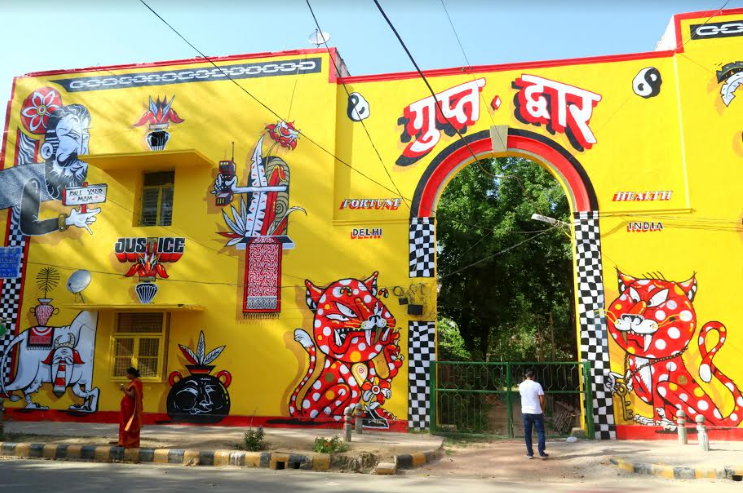 This is the Delhi we know too well, but need to rediscover. 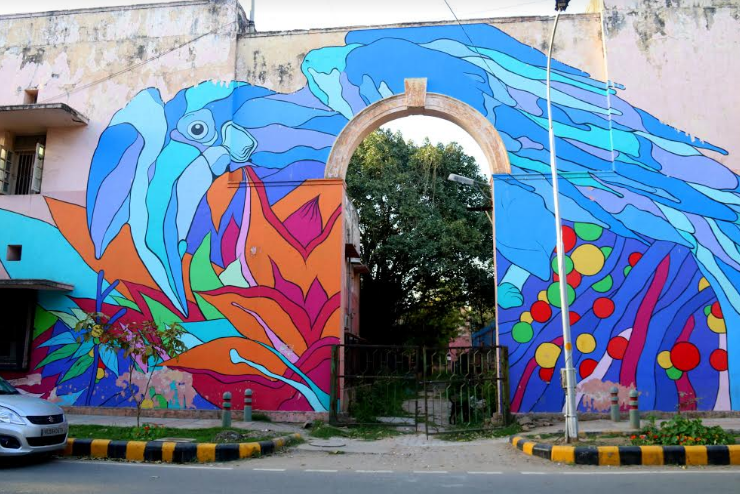