The plywood factories of Kuttipadam

Around noon I reach Kuttipadam. The scorching March sun is merciless and makes my progress difficult. As I near Baby Chacko’s house, I dream of a cool glass of water and some respite from the heat, but that wasn’t to be. Chacko is out on his piece of farmland, engaged in just about all the countless chores involved in farming. His well maintained backyard with a few rows of plantains, some nutmegs and coconut trees: is a textbook definition of a small scale farm, except for the smelly drainage canal that runs along its boundary.

Abutting his land are two ugly concrete structures with blue aluminium roofing, jarring the greenery. The rancid, mosquito breeding, slimy water in the drain emanates from these buildings, which belong to two plywood companies. The drain carries the factory’s effluents as well as sewage.

Chacko talks of the smoke and smell coming out of these factories, the noise generated by the machines and the water pollution caused by the effluents’ release. The heavy monsoon Kerala received last year filled up the fields near his land, and the drains which were designed to carry water from the fields, overflowed with factory effluents, spilled over and covered his land. The amount of harmful chemicals that might have mixed in with the soil used for cultivation is left to one’s imagination.

His compound well has water the colour of “orange tank”, a clear indicator of ground water pollution. Initially these factories were located a few metres from his boundary wall, but have been expanding through the years to reach their current position near his house. It is alarming to see such anarchic “development” easily becoming a threat to the common man.

Chacko’s wife apparently suffers from hearing troubles, from continuous exposure to the factory sounds. These companies which employ migrants and house them within the factory structure, apparently run round the clock. 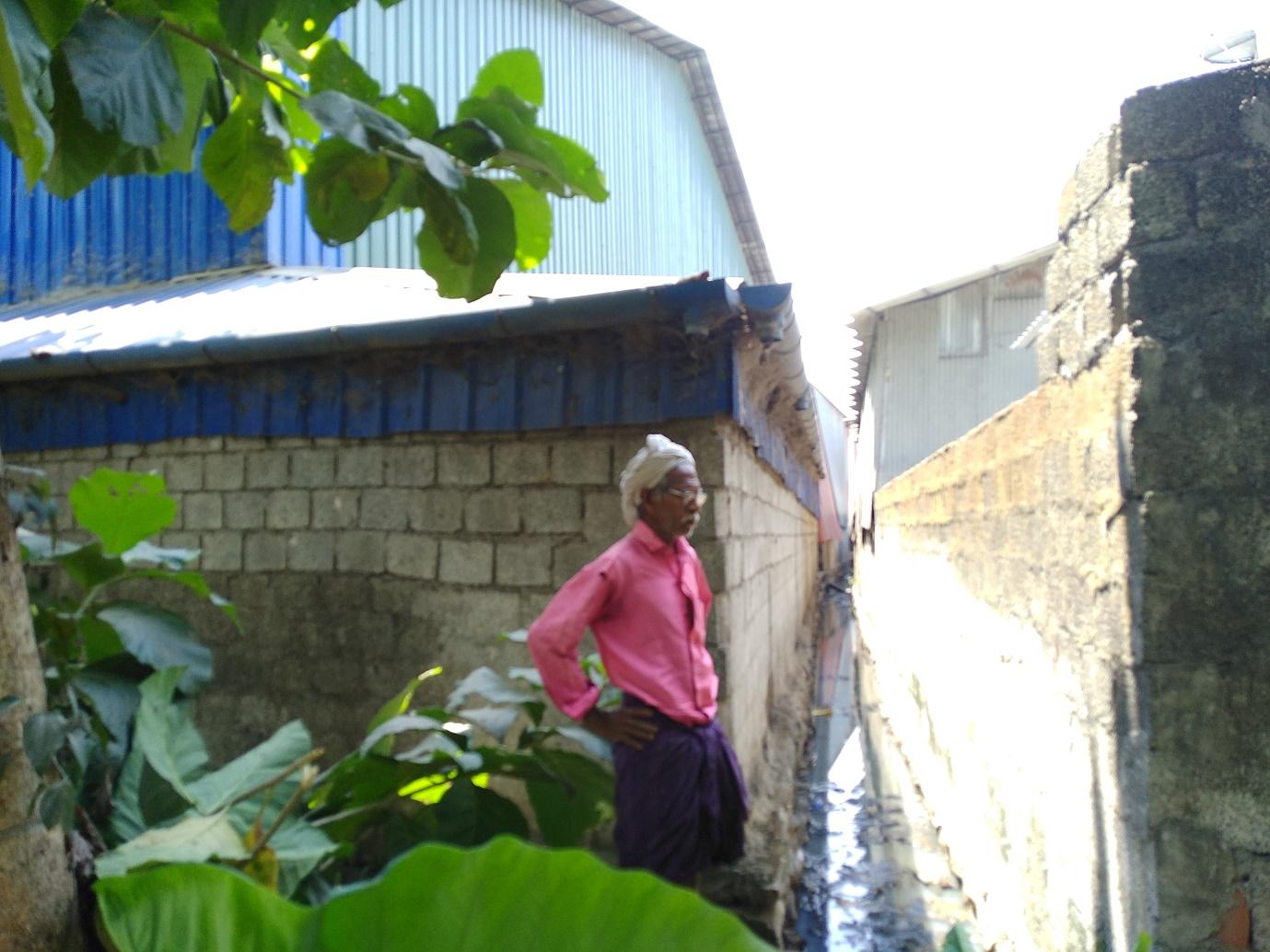 The factories and the drain emanating from them 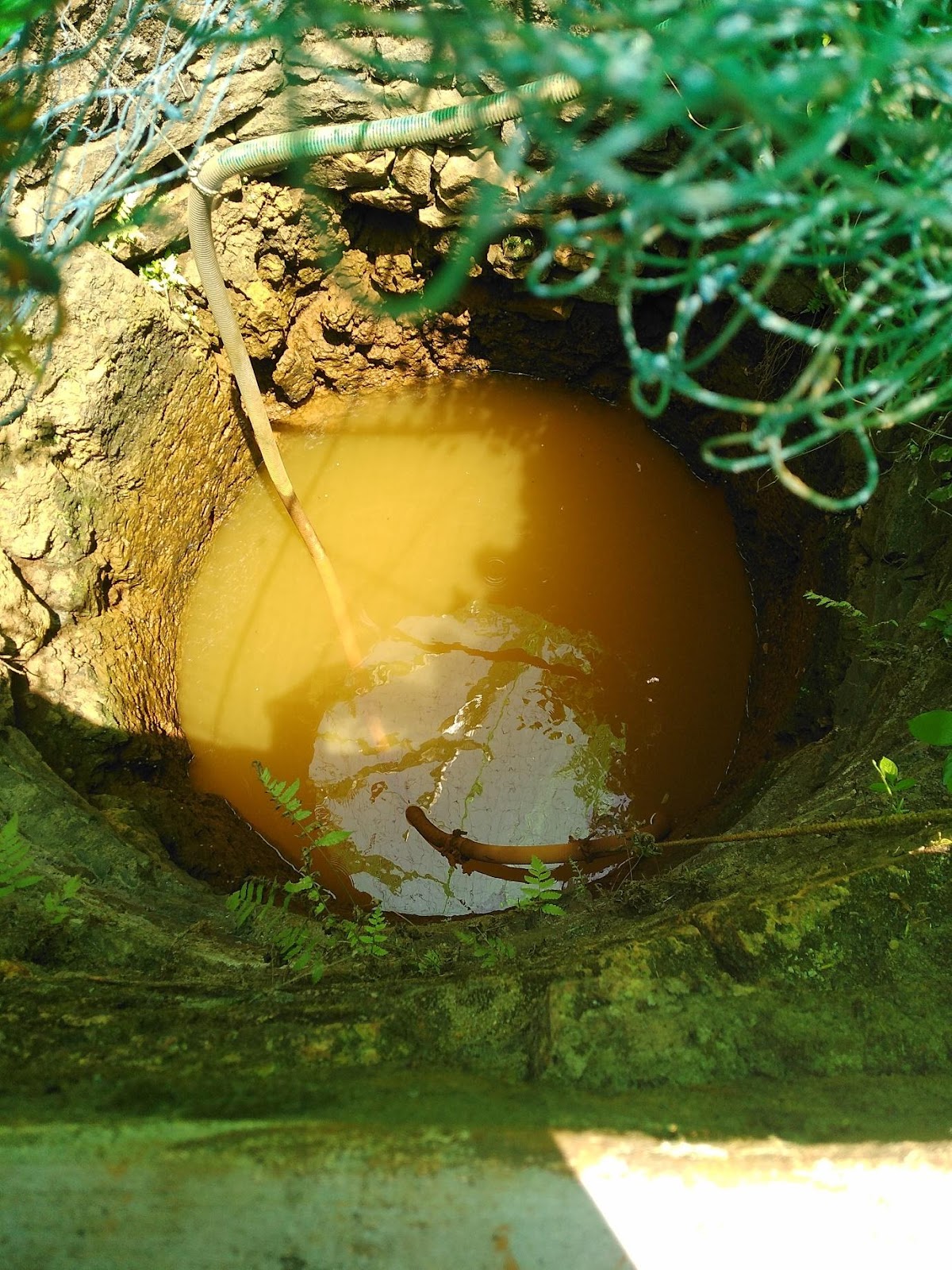 Chacko’s case is not a lone incident, it is the reality of Kuttipadam, an area in the small village of Vengola in Perumbavoor. Perumbavoor has emerged as Kerala’s migrant capital, with people streaming in, mainly from the northeastern states, to work in the hundreds of plywood or timber based factories that have sprung up in the town.

Perumbavoor is in the Kunathnadu taluk. The town currently has factories three times its carrying capacity. The factories which have come up, mostly on illegally converted fields, have blatantly violated all environment, safety and industry norms. The returns these medium scale factories generate are indeed very profitable, with many of the operators facing charges of tax evasion. Palm greasing by these industrialists, at all levels of executives, is what keeps them from closure.

The unholy nexus has left farmers with small landholdings like Chacko running in circles, from the Panchayath Office to the Pollution Control Board. 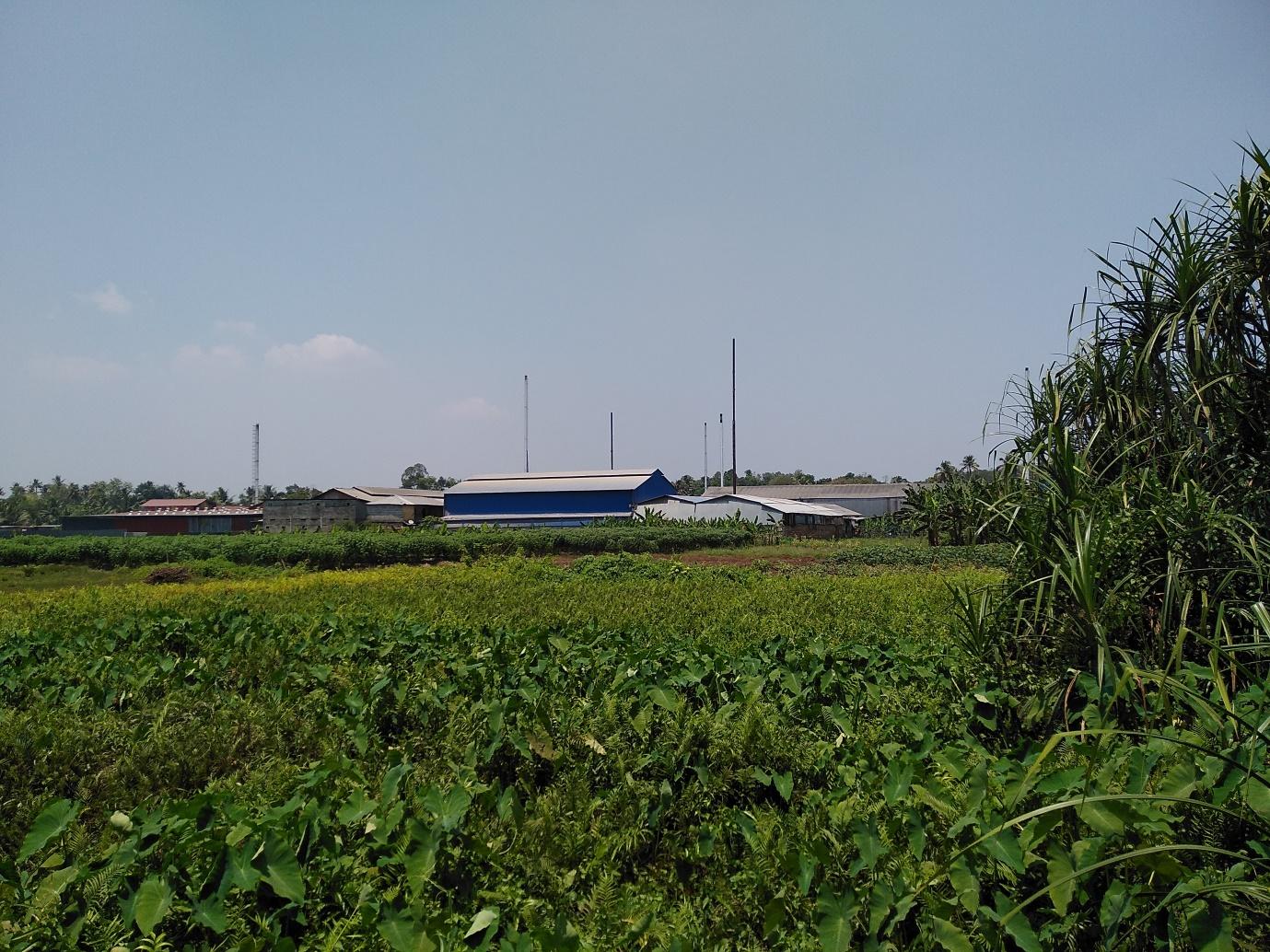 A block of factories situated in a converted field

While there have been no studies yet to gauge the level of pollution being caused by these factories, it is hard to unsee the damage being caused. Air pollution is the major contributor. Particulate matter, sulphur dioxide, nitrogen oxides, volatile organic compounds, and formaldehyde are being released from the various units involved in plywood production: such as log cutting, sawing, the resin mixing plant, gluing, hot press, trimming and sanding.

Here long exhaust chimneys pumping out smoke and other gases stand taller than the trees lining the horizon. These factories also generate waste water with a high concentration of organic pollutants. Formaldehyde - a carcinogen - is a residue being drained out through the channels. Kunnathunad reportedly has the highest number of cancer patients in Kerala.

The noise generated by the assorted machines is decibels above the tolerable level.

Given the seriousness of the issue, it would be natural to find the area’s residents up in arms against these factories. But only a few raise their voice. This is because the inflow of migrants provides business for the shops in the locality. These factories also provide employment for locals and for head load union workers.

T.N.Kurien, 80, is a Kuttipadam resident who has been fighting a legal battle against these companies which have made it difficult for his family to lead a healthy and peaceful life. His son and family no longer live with him: breathing disorders due to the polluted air forced them to shift away. The legal proceedings which started in 2007 have been long drawn and have yet to bring about a positive change for the residents.

In 2013 the Supreme Court intervened in the case and set up a Central Empowered Committee to look into the matter at Vengola. The committee conducted a thorough study of the pollution caused by these factories and looked into the legal permissions the plywood companies had obtained.

By law they need clearances from various government departments: licences from the panchayath, the Kerala Forest Department and the Pollution Control Board. They also need consent from the Revenue Division Officer to convert the paddy fields. Consent from the Fire and Rescue Department and the District Medical Officer, and a Factories and Boilers register number are all mandatory for a lawful plywood factory.

Many, if not all these norms are being flouted here. The committee recommended the closure of defaulting wood based units and the forming of a comprehensive environmental management plan. 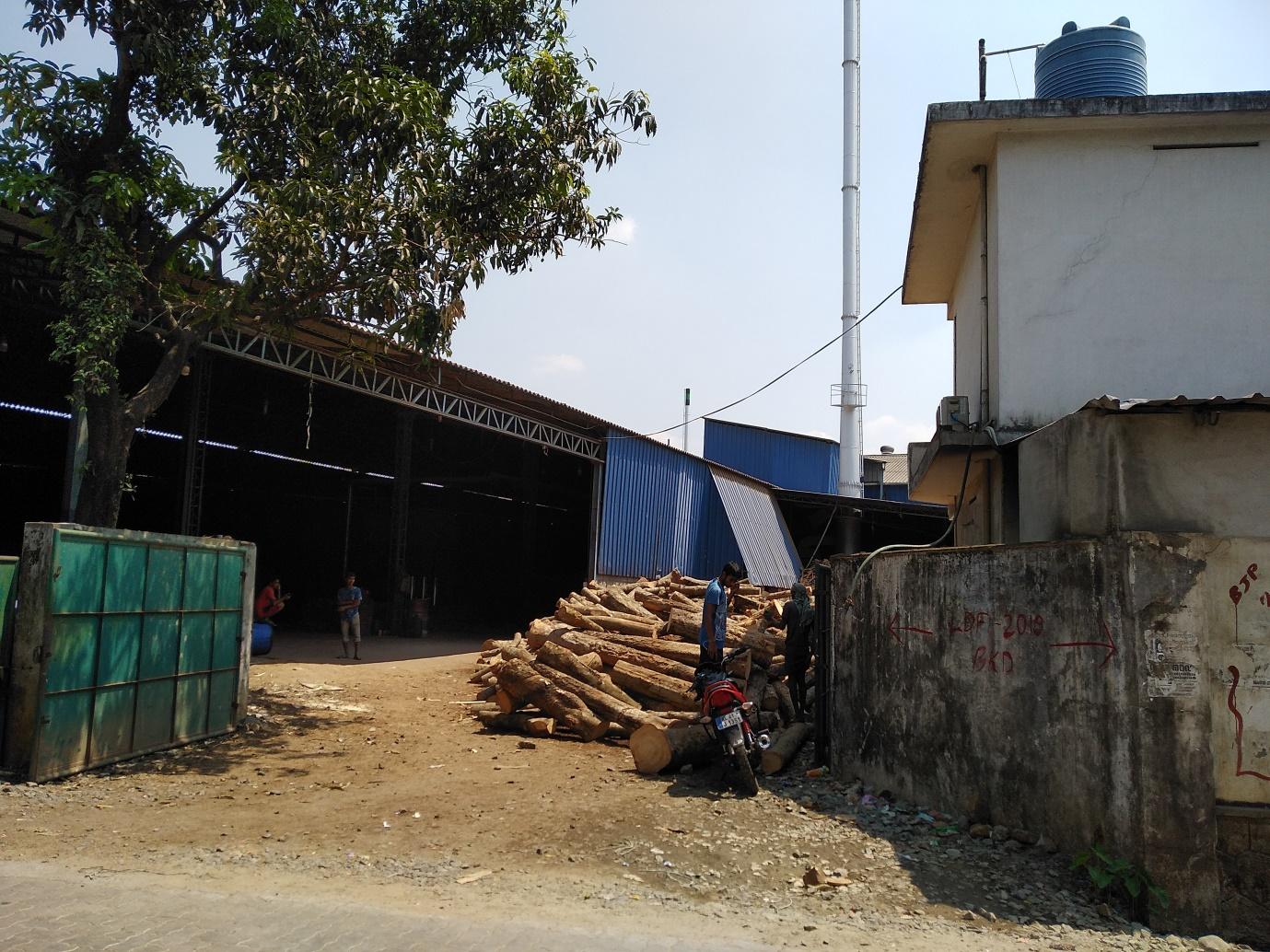 All that jazz for literally no improvement in the situation.

Orders prohibiting the issuance of new factory licences in the area were also issued, but there is no outsmarting the companies. They started expanding existing structures and adding new units by filling up adjacent fields, for which burnt chemical residues from these factories are also used.

Such practices ensure that the pollutants remain in the soil for years, making it unsuitable for cultivation. They also result in the contamination of groundwater.

The migrant labourers and their living conditions need to be addressed too. Most of them work for 15-16 hours a day, or twice the mandated eight hours of labour for which they are paid. Some of them are housed within the factories while others are stacked like cattle in rooms which house multiple families at times. There are no planned sewage disposal systems here, and often the sewage is collected in pits. This again pollutes the groundwater, making it unfit for human use.

Varghese Pulluvazhy, chairman of the Paristhithi Samrakshana Karma Samithi which has been at the forefront of the protests against plywood factories, feels it is the lightheadedness of the Pollution Control Board that has helped the factories flourish. The fact that such factory units could be started right in the middle of residential areas, points to the failure of the government in developing a people-centric and participatory approach to development. People should be the stakeholders in industries that come up in their locality, he feels. Their accord and dissent will prevent the propensity of industries to transform into institutions of destruction.

The latest High Court order states that the plywood factories can only operate within the guidelines of the comprehensive environment management plan that was drafted after the 2013 Supreme Court order. There are recommendations on the minimum spacing between the factories, the installation of cyclone separators and ventilators, and the licensing of factories.

But the Pollution Control Board has been tasked with ensuring the companies’ compliance. This virtually nullifies the effect of such an order, since the PCB has proven itself an incompetent authority to monitor the factories.

It is not too late to make amends, if the authorities concerned are ready to take firm decisions. Establishing an independent committee to scrutinise the functioning of these factories would be the first step in this direction. A proposal to allocate a chunk of land away from residential areas for these factories could be a long-term solution to the problem.

For farmers like Chacko, these factories are nothing short of villainous, and this makes the setting perfect for an industrial tragedy. Chacko refuses to let the realisation that the air, water and soil around him are slowly being poisoned by the factories, stop him from tending to his land. “Where will I go, leaving my soil?” he says.

Such developments are a taint on a state like Kerala which takes pride in its high position on the Human Development Index.

‘Politicisation of the Police Is A Dangerous Trend’ 10 hours ago

A Supercilious Freedom: Why Do We Idealise Supremacy and Subjugation? 11 hours ago

‘Swallow Because You Have to Live’: Mathura Prison Routine 11 hours ago