Many Detained at Delhi's Daryaganj, Appeal for Help

Protesters say that those detained included children, and that no one was being allowed in.

NEW DELHI: Delhi Police detained 40 people in Daryaganj - where protesters were met with lathi charges and water cannons. At the time of writing (23:20 on December 20) - a crowd has gathered outside Daryaganj Police Station, responding to an appeal for help in the form of legal aid and doctors.

Protesters took to social media to say that those detained included children, and that no one was being allowed to enter the police station. They also asked for help from doctors - saying that many protesters had been injured in the lathicharge and needed urgent attention. [Update 23:55: We have been informed that lawyers have now been allowed to enter. And some minors have been released]

Delhi Police says that lathicharge and water cannons were needed to disperse the crowd, as a car was torched.

“It was so cruel” - one protester told The Citizen. “They [the cops] lathicharged so many people; it became chaotic. A group came and they started hitting and they also burn a car. Things escalated. Children were hit by lathis in front of me… we had to run into the restaurants on the lanes to save ourselves.” 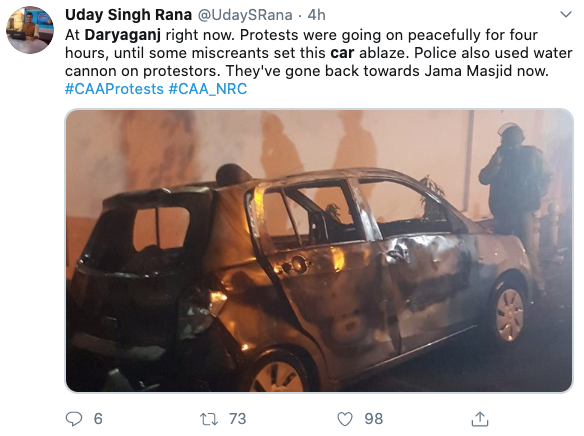 A journalist on the spot says that the car was not torched by the protesters, but outsiders.

Meanwhile, a large crowd has gathered at Police HQ at ITO, demanding that the detainees - especially minors - be released. 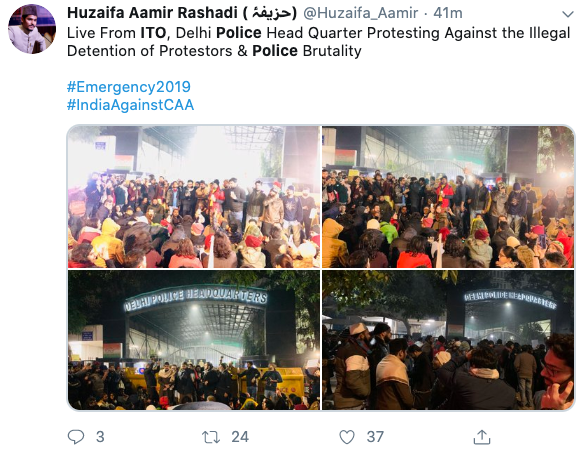 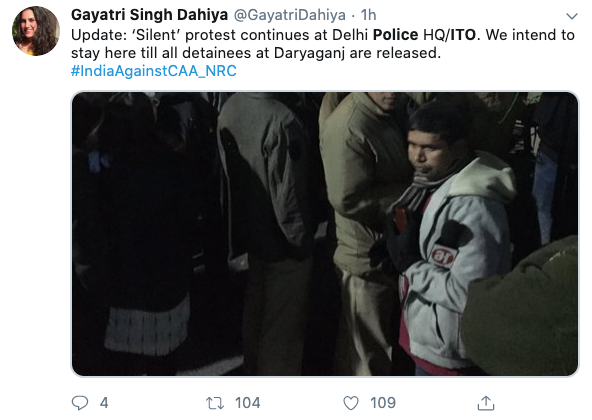 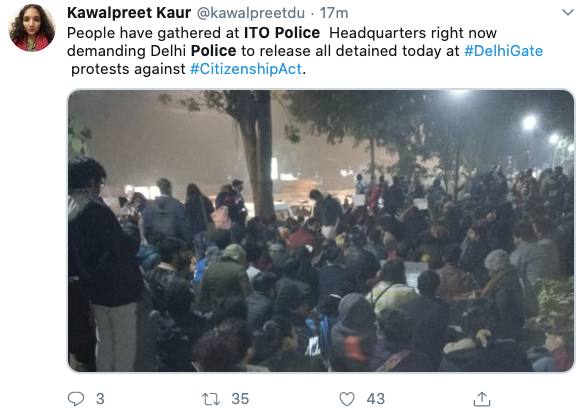 The lathicharge comes after a day of peaceful protest - as large crowds came out in the capital city to demonstrate against the Citizenship Amendment Act. 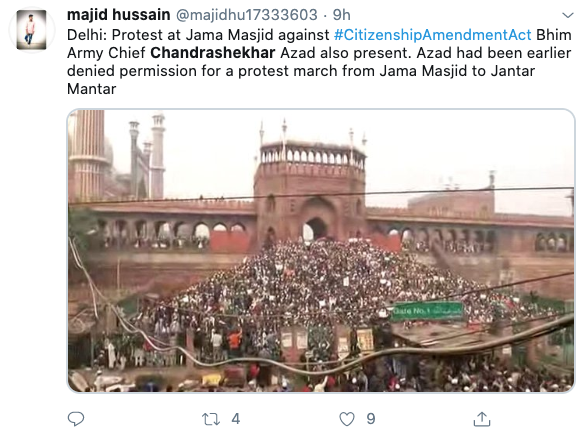 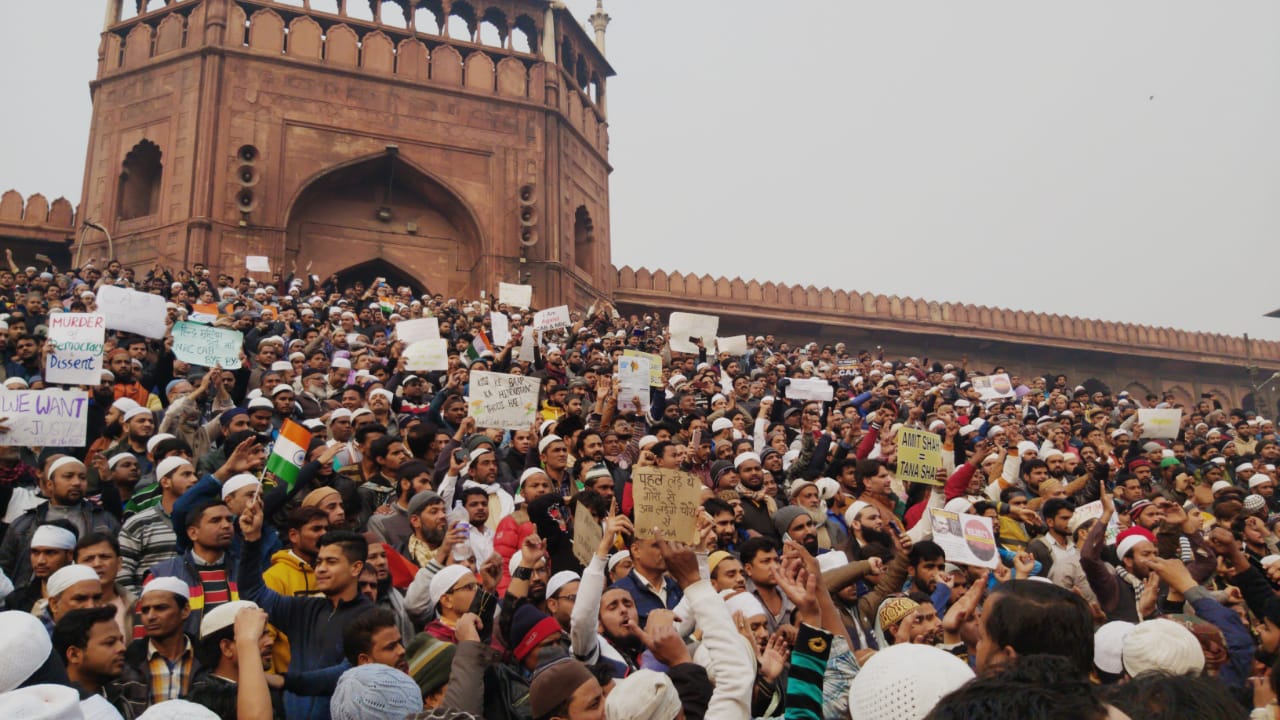 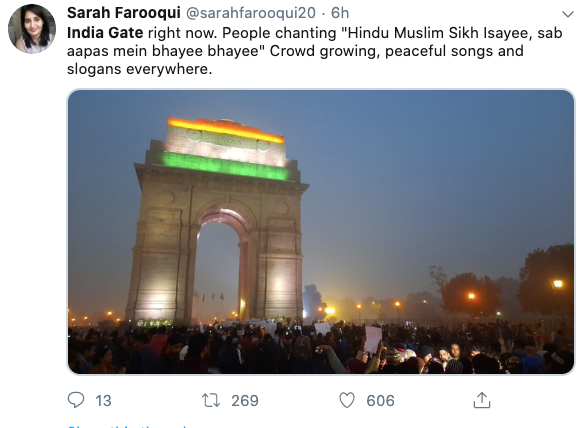