North East citizens gathered at Jantar Mantar, New Delhi today to extend solidarity to the nation-wide protests against the Citizenship (Amendment) Act. With many in ‘mainland’ India alleging the protests in North East to be “xenophobic” and “non-secular”, the demonstration was organised by North East India Unites Against Justice and Peace to counter the “mainland narrative” and put forth the struggle to secure rights of indigenous people that characterises the North Eastern protests.

“We have often seen how the voices from the North East get completely sidelined and appropriated. There have been allegations of calling the protest in North East as xenophobic or too parochial. But actually in North East, the issue of CAA goes beyond the Hindu-Muslim divide,” Leki, one of the organisers told The Citizen. 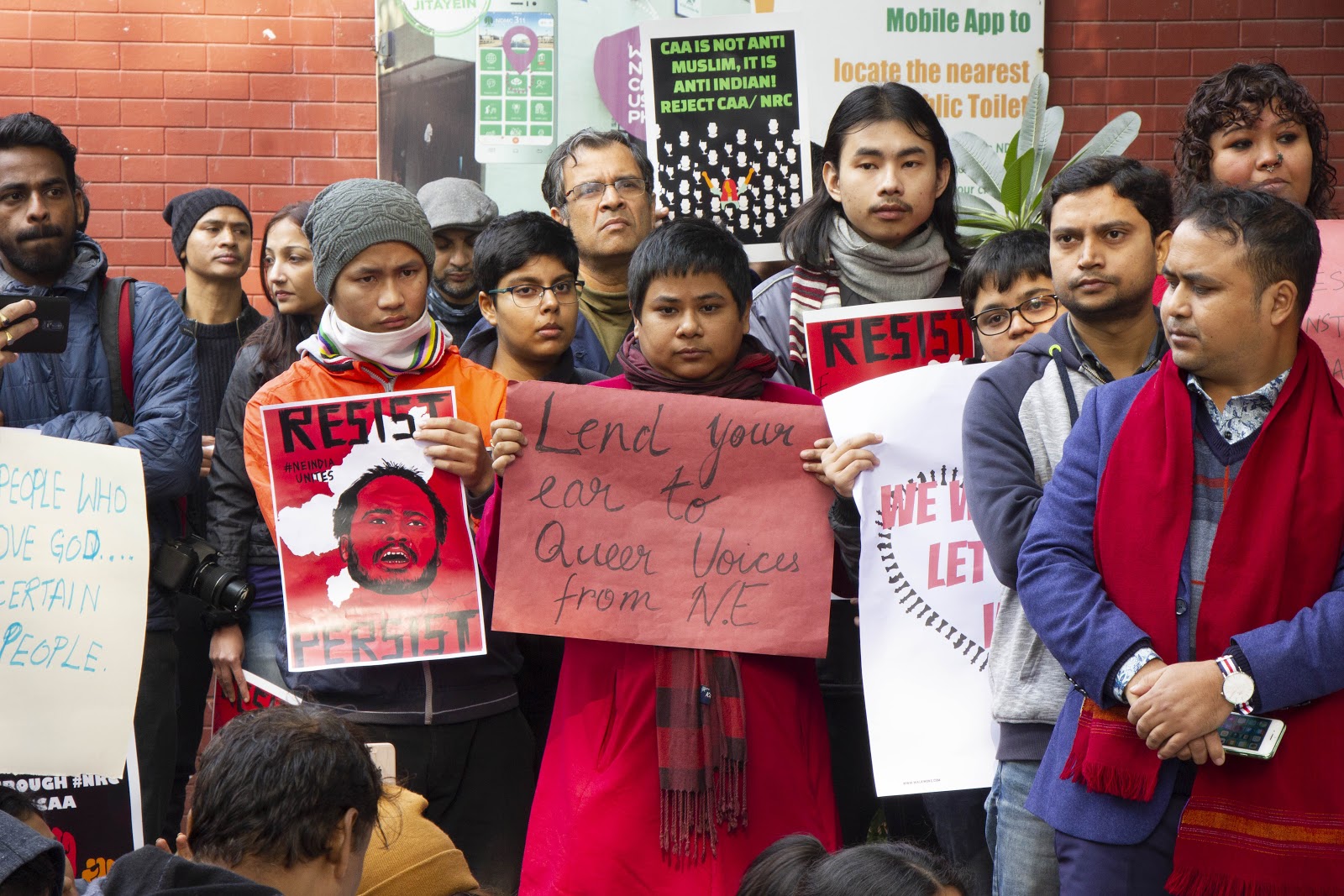 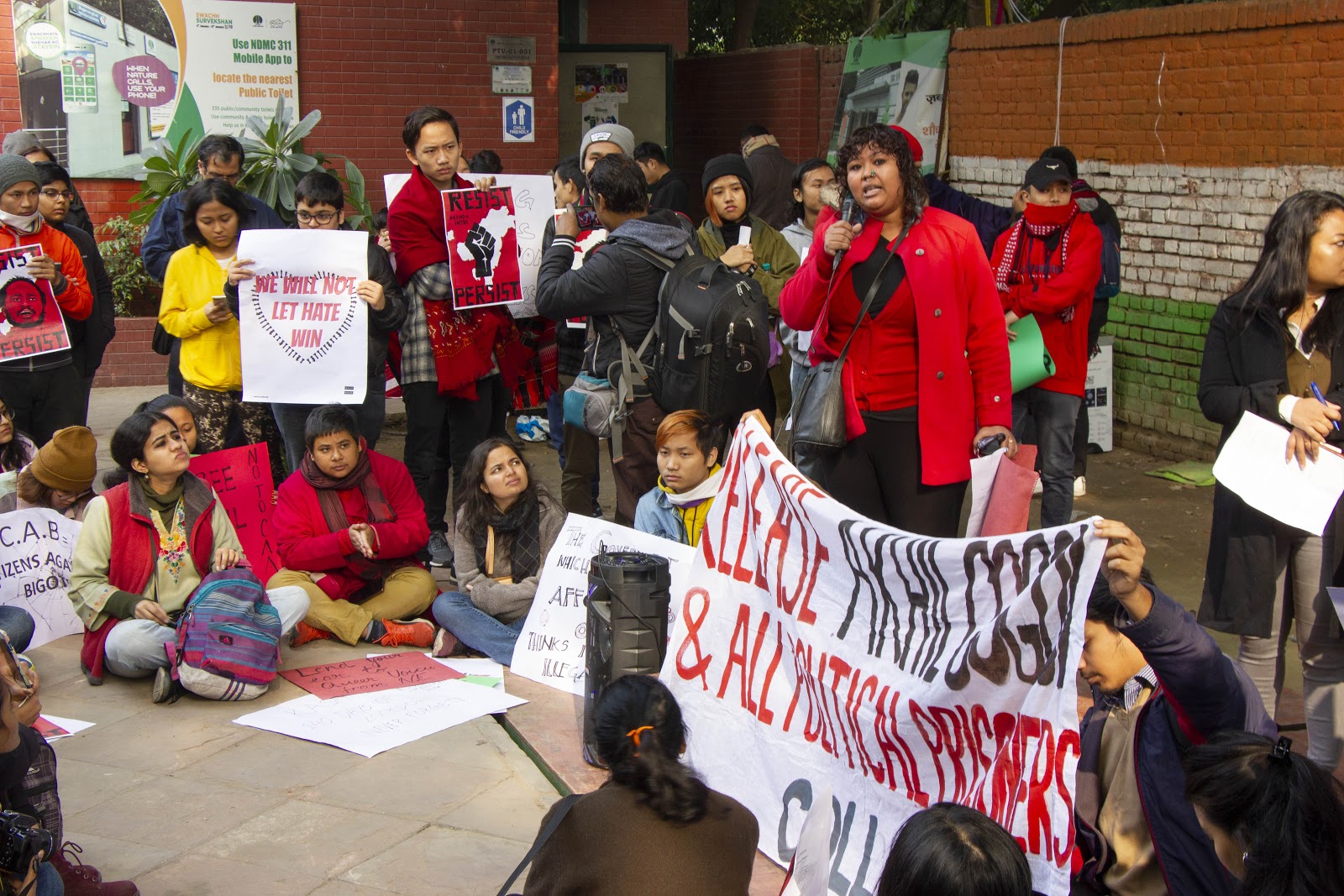 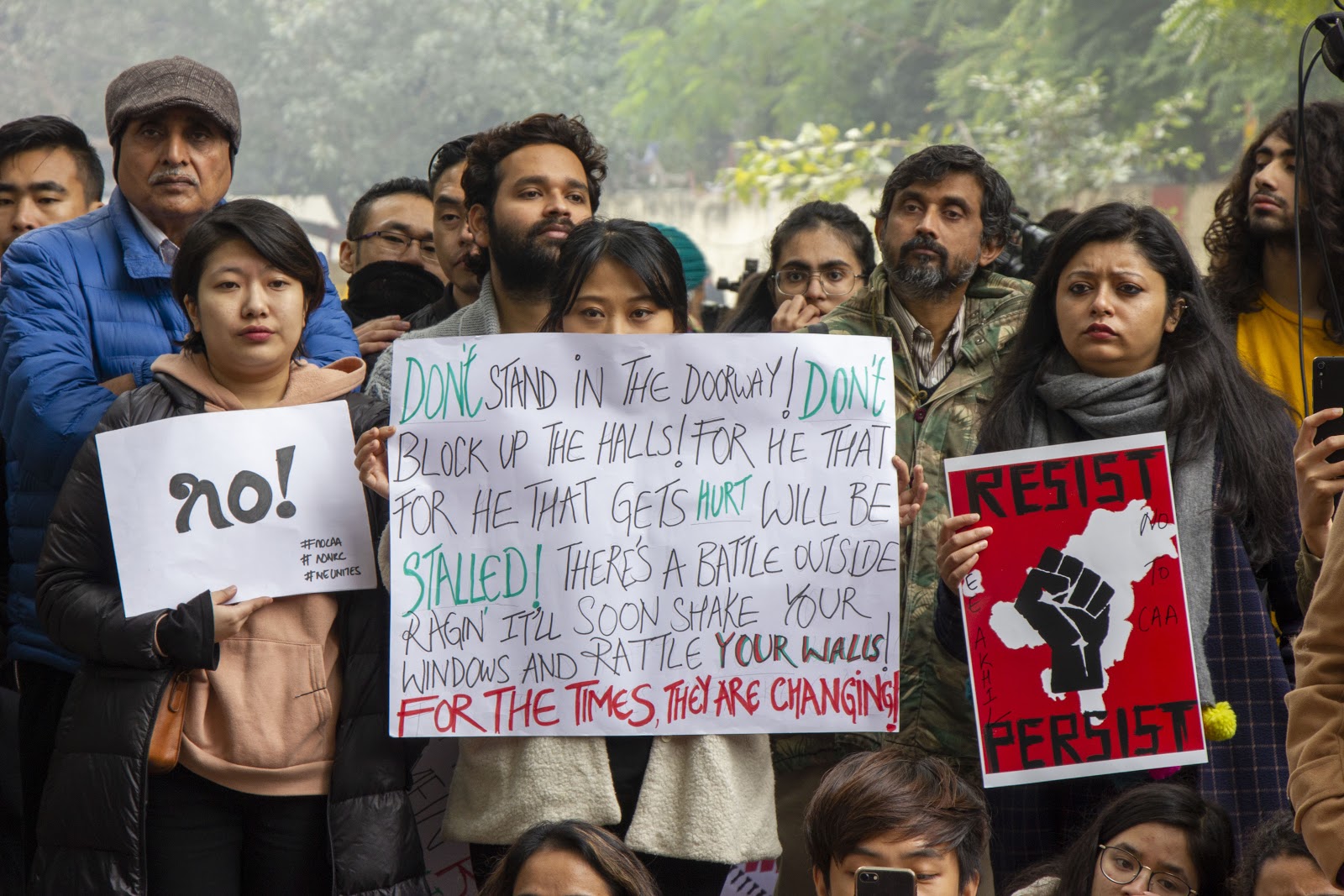 “What you see in North East is that people are asking for the indigenous rights. We have seen the implications and consequences of being minorities in our own country. It is actually to bring that forward. These are all concerned citizens of North East India who have come in their individual capacities as citizens. So we are not partaking in any kind of political agenda. We are not with any one political organisation,” she said.

Rituparna, an LGBT rights activist from Assam highlighted how the protests in the North East have been given negligible coverage by mainstream media, even though the call to reject CAA first came from Assam. Further, she stated, “there is this infantilization of the North East that is happening, that we will speak on behalf of the North East.”

“We condemn violence but please listen to us. Listen to our voices. We are totally against CAA but our concerns might be different from your concerns,” she said. 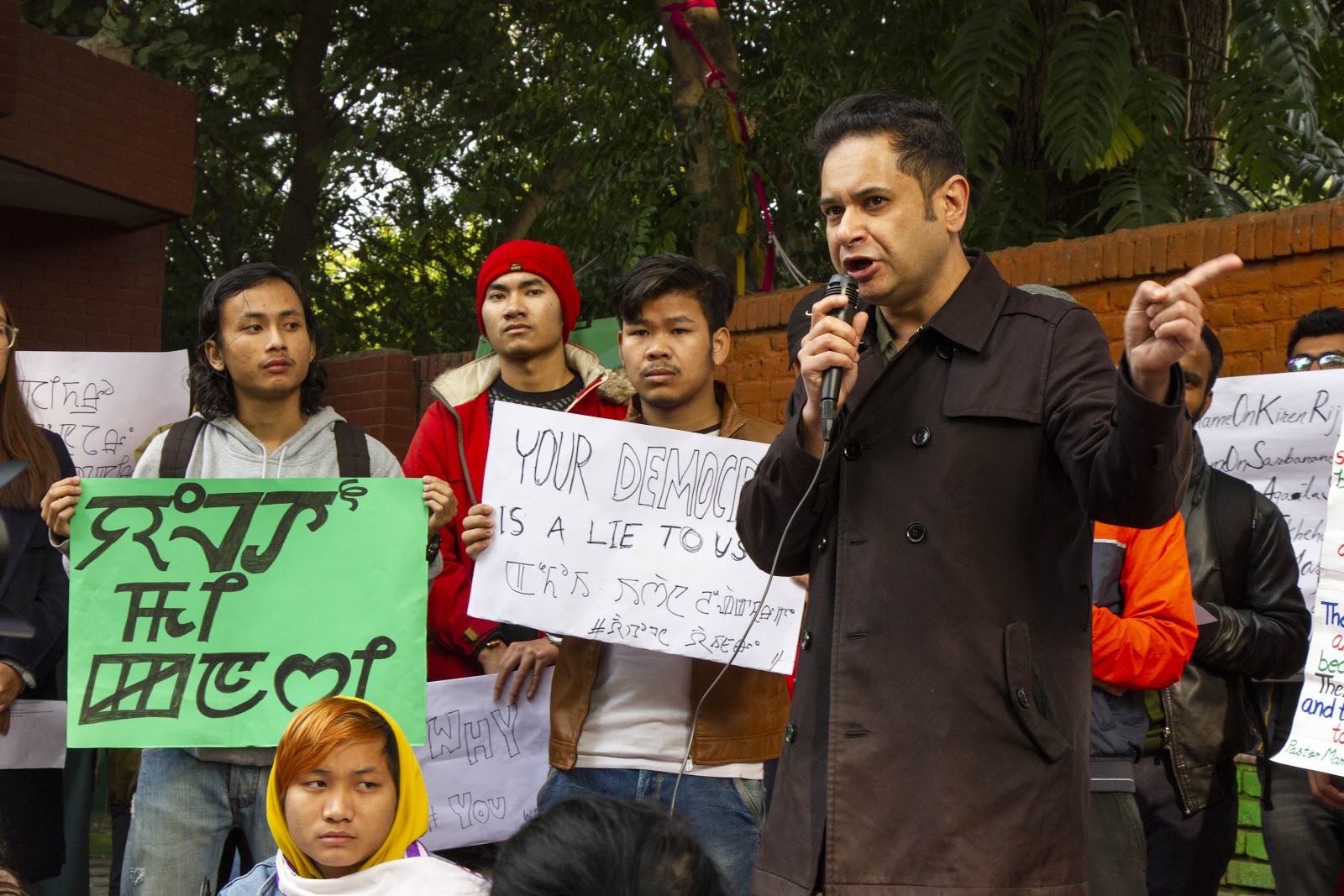 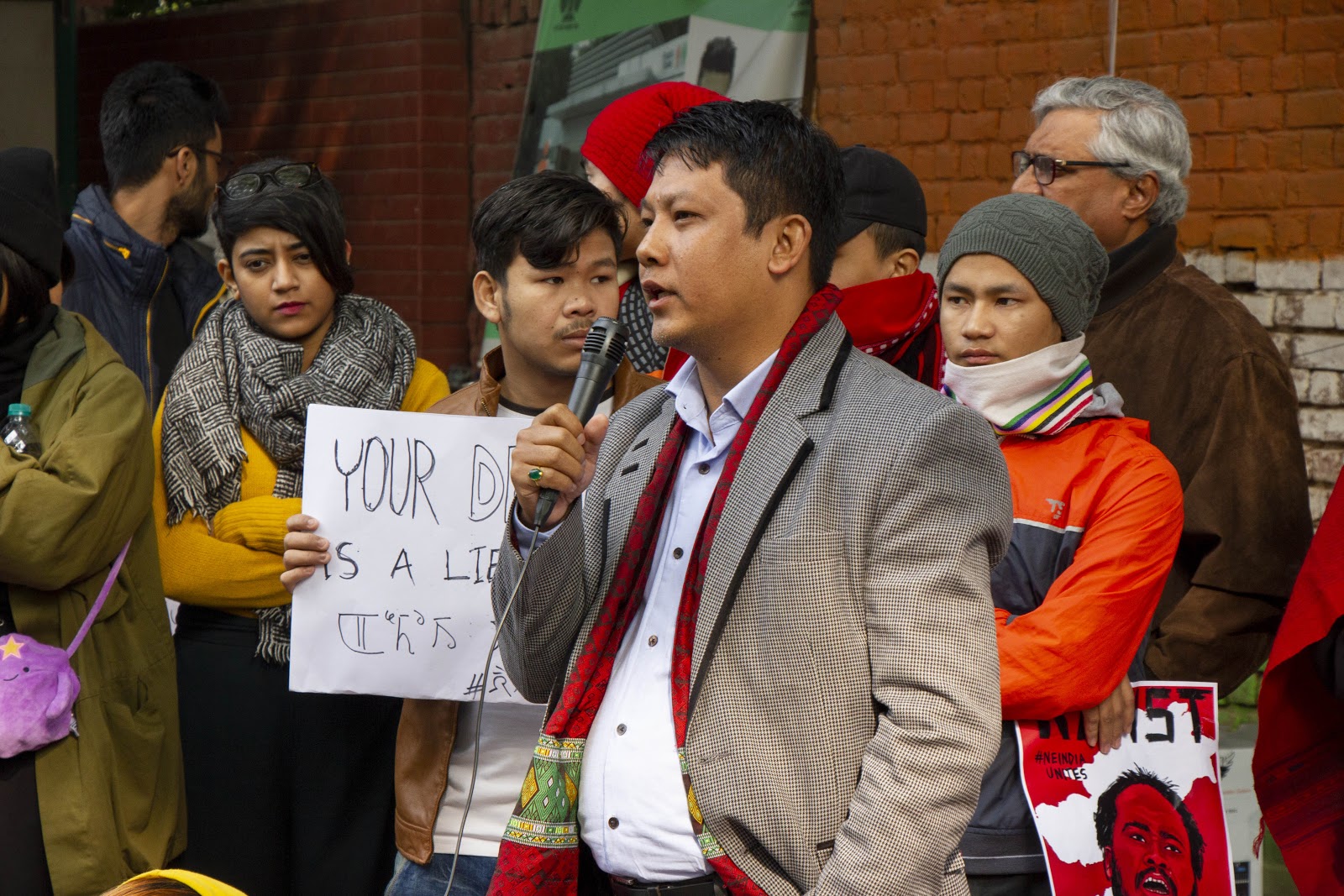 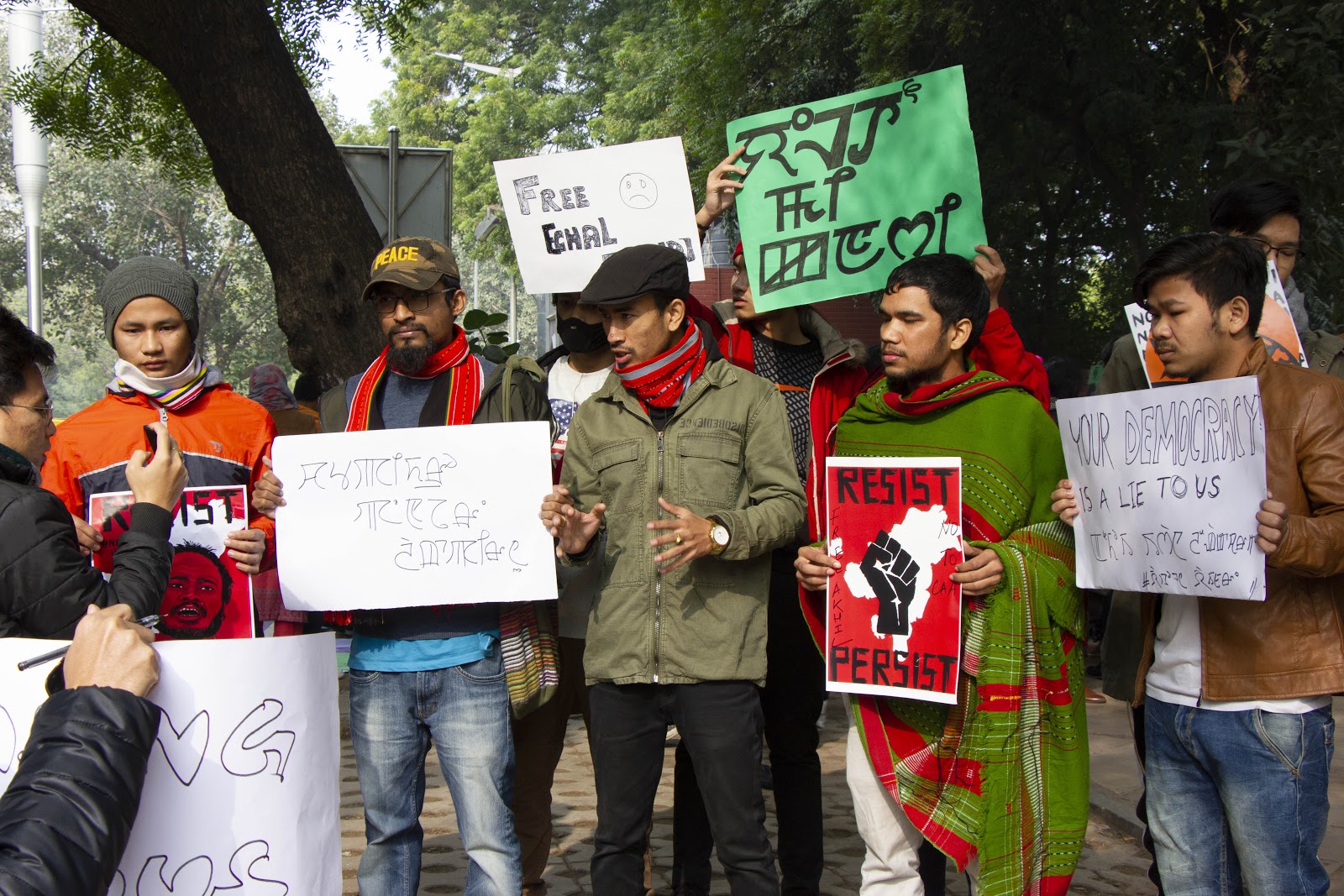 The lack of citizens from mainland India at the demonstration today did not go unnoticed by the protesters. “What saddens me is that there are hardly any mainland activists here. Instead of targeting us and calling us xenophobic and not secular they should have come and heard what people have said. No one has said that Muslims are infiltrating. They are worried about indigenous rights and they are worried about the demographic changes. That’s why we are here,” she stated.

Pradyot Deb Barman from the royal family of Tripura, while speaking at the demonstration said, “This protest is not against any religion. This protest, in our part of the world, was largely to preserve our ethnic identity.” 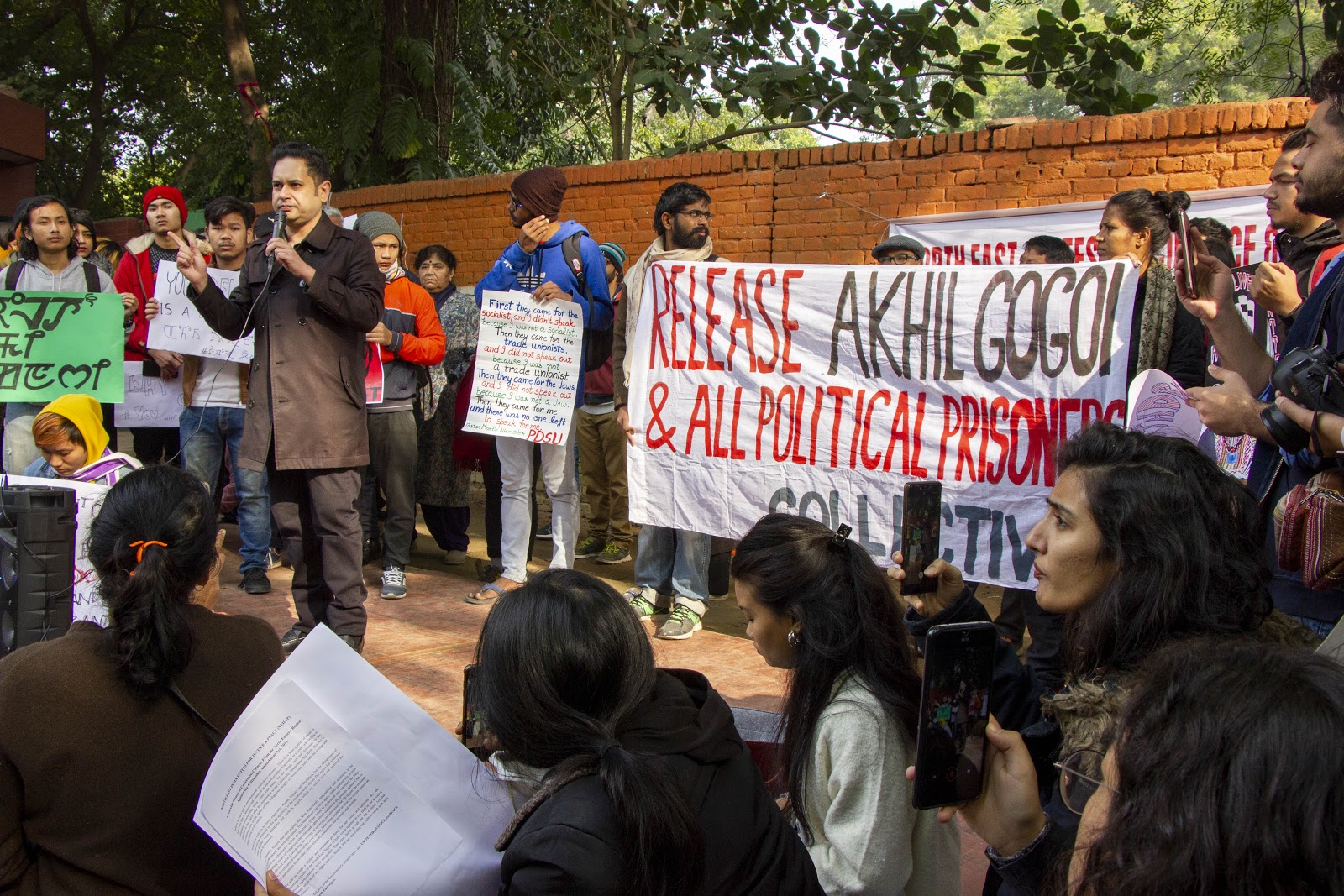 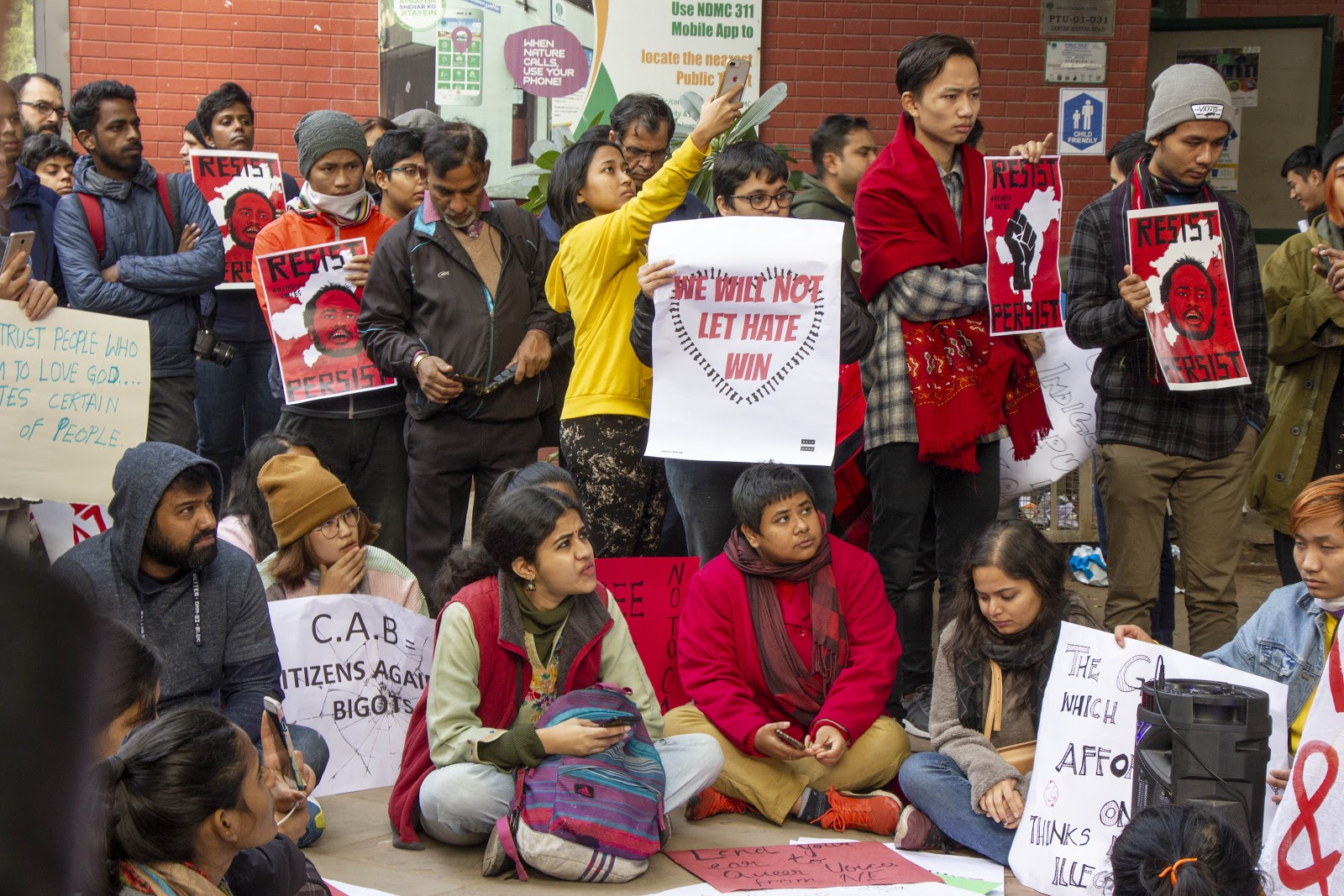 In his speech before a crowd of around a hundred protesters, he highlighted the history of Tripura as an independent kingdom which was not a part of Mughal India, British India or dominion India until his father, the late Bikram Kishore Deb Barman signed the instrument of accession under certain constitutional guarantees—that the language, culture, ethnicity and way of life of the indigenous population of Tripura would be protected.

“Today in our land we constitute only 30 percent of the population. We have never had in 70 years, barring three-four years of a Chief Minister whose roots are from the state of Tripura. How would you feel if the Chief Minister of Maharashtra came from Punjab?... Would Tamil Nadu even accept a Chief Minister from Himachal Pradesh?” he asked the gathering. 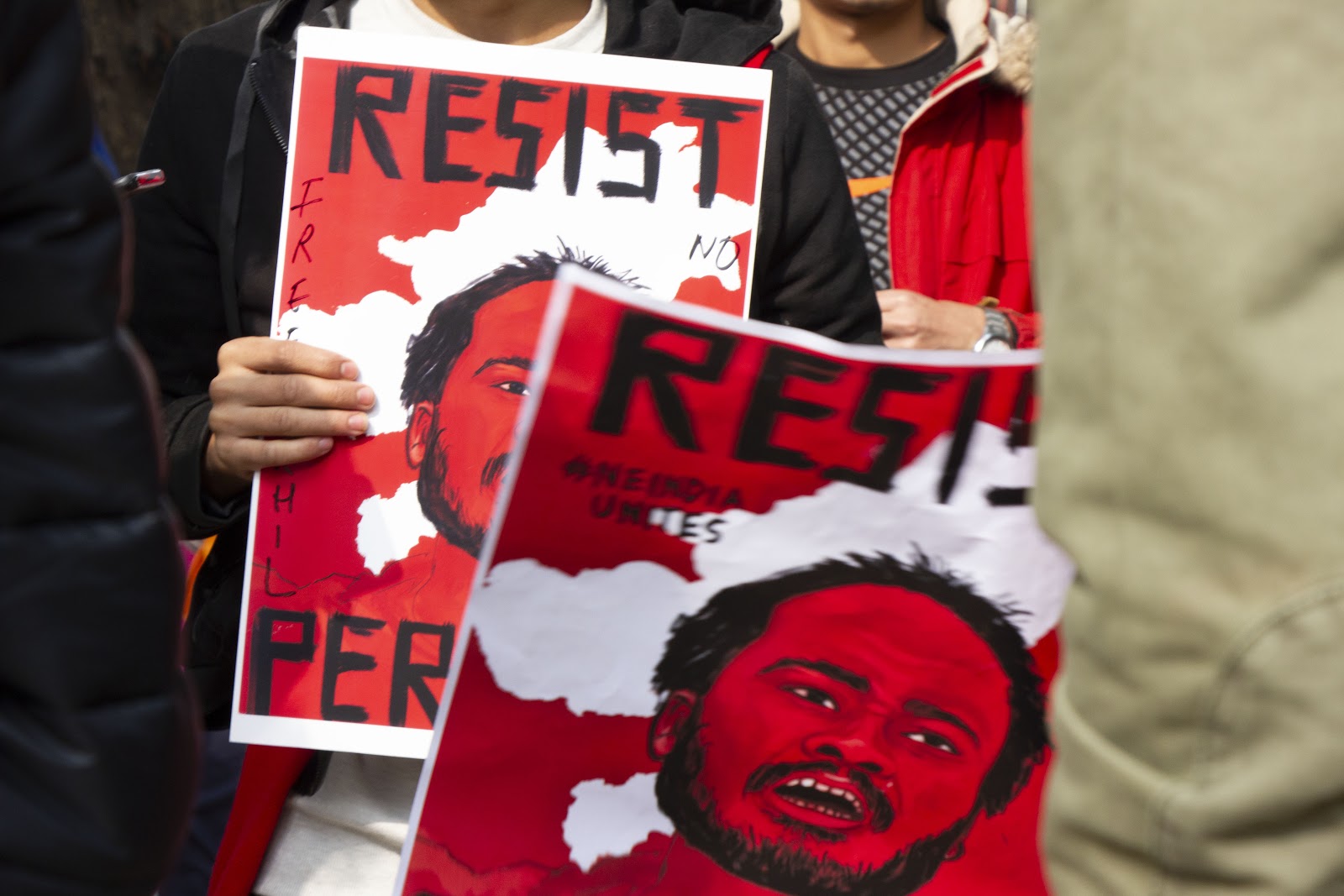 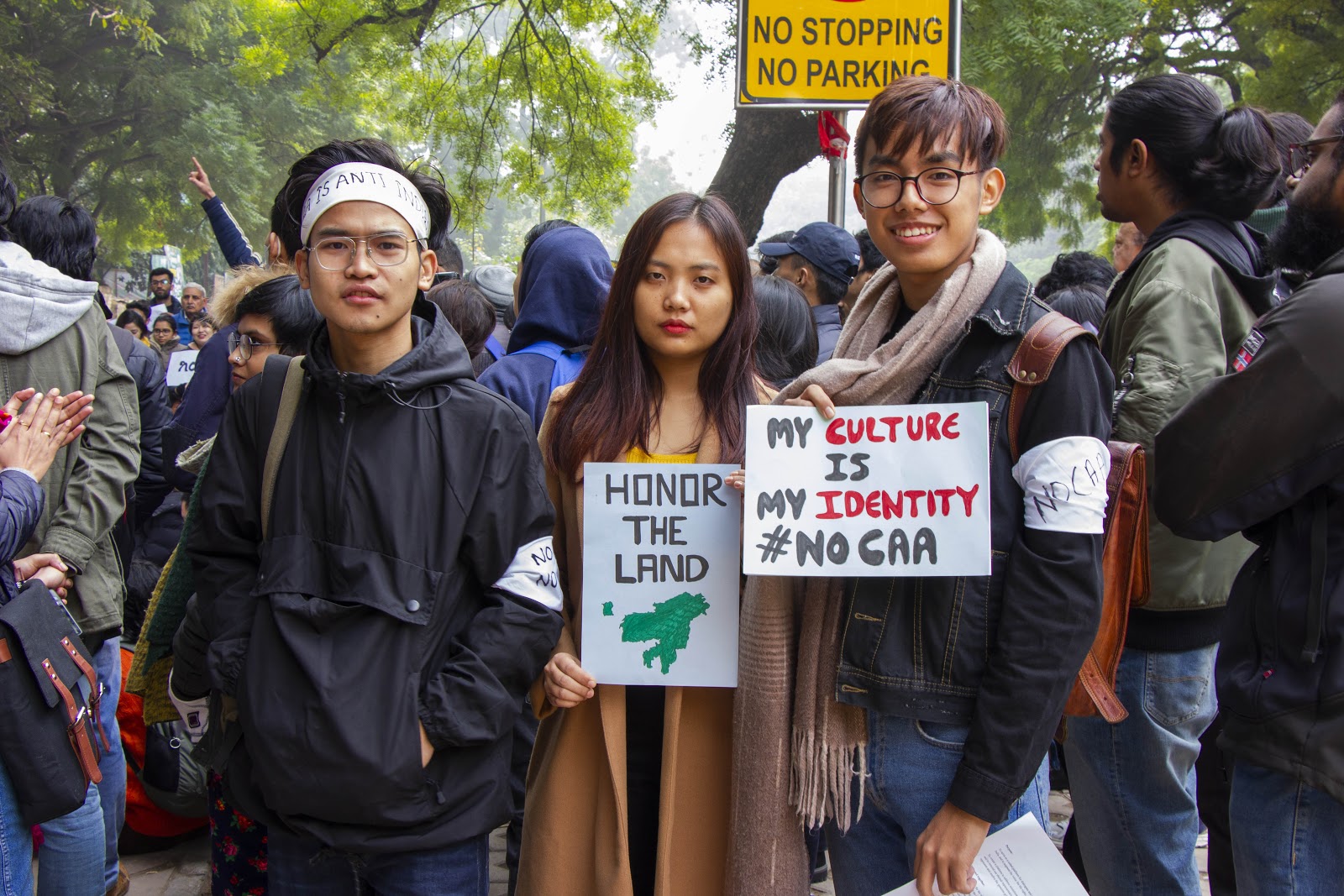 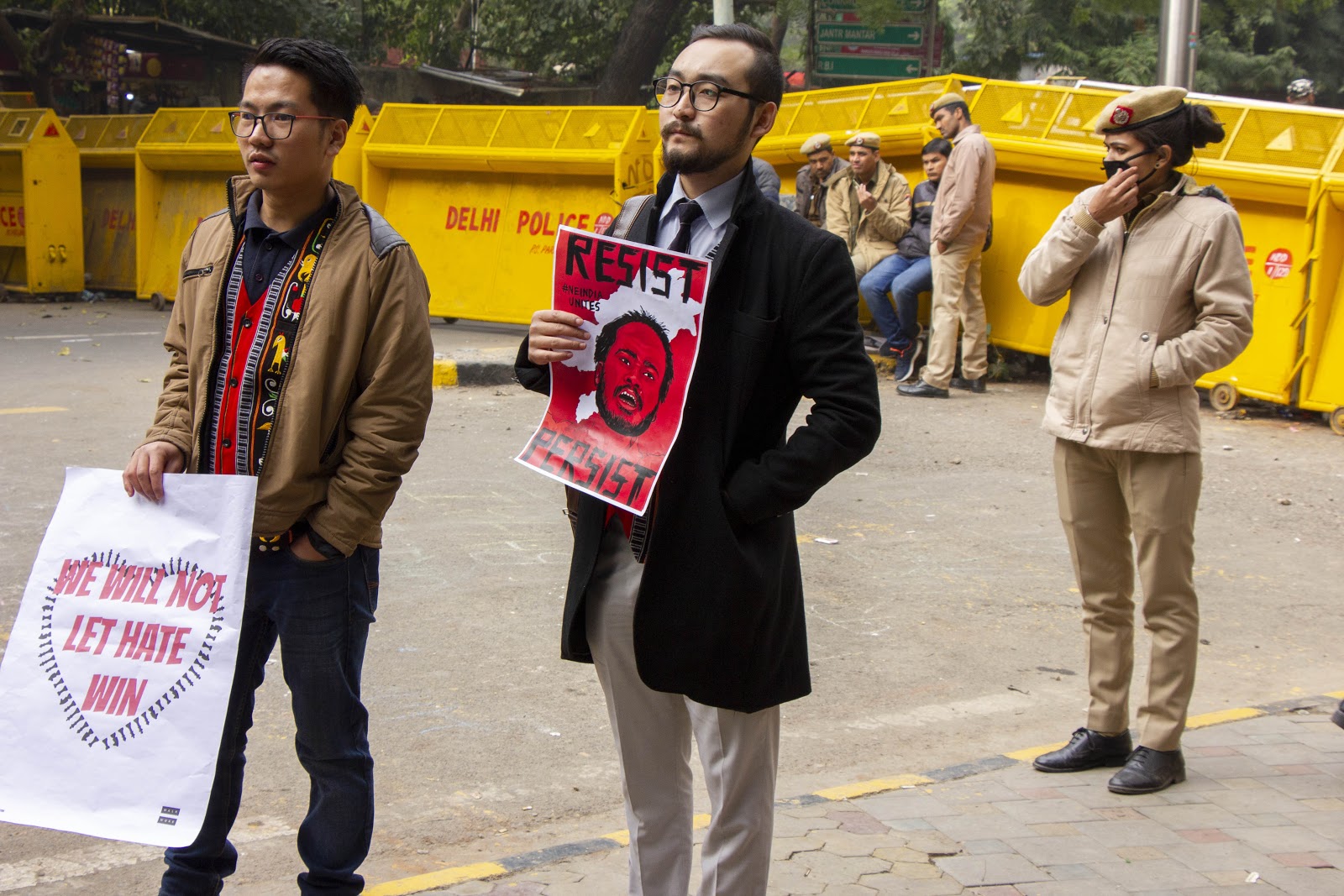 Barman recounted the history of Tripura accepting individuals from persecuted communities through the years 1940 to 1971. He further highlighted that North East India is against the detention camps that are being constructed in Assam to house those excluded from the final list of the National Register of Citizens (NRC). Instead, he advocated that protesters raise their voices and demand for a national refugee policy.

“My question is—why should we pay the price for being open-hearted? Why should this population only be settled in one small state where our population is 12 lakhs and we have become one-third of the minority population… We are not against anyone coming in. But this country which tells us a small state of Tripura or a Meghalaya or an Assam, which has had a history of accepting persecuted minorities to do it again, but they will not accept a single person.” he conveyed to a cheering crowd.

Through speeches, poetry and music, the gathering today sent a clarion call to Indian citizens, urging them to understand the contextual framework of the North East protests.

Leki emphasised the need to take these demonstrations forward and allow citizens of North East India to make their voices heard amidst the ongoing protest. “We want the ball to keep rolling and we want it to be as democratic and peaceful. Somebody had to start, so some of us have started it. But it’s now up to everyone who has the same kind of ideals to just organise and go for peaceful protests,” she told The Citizen. 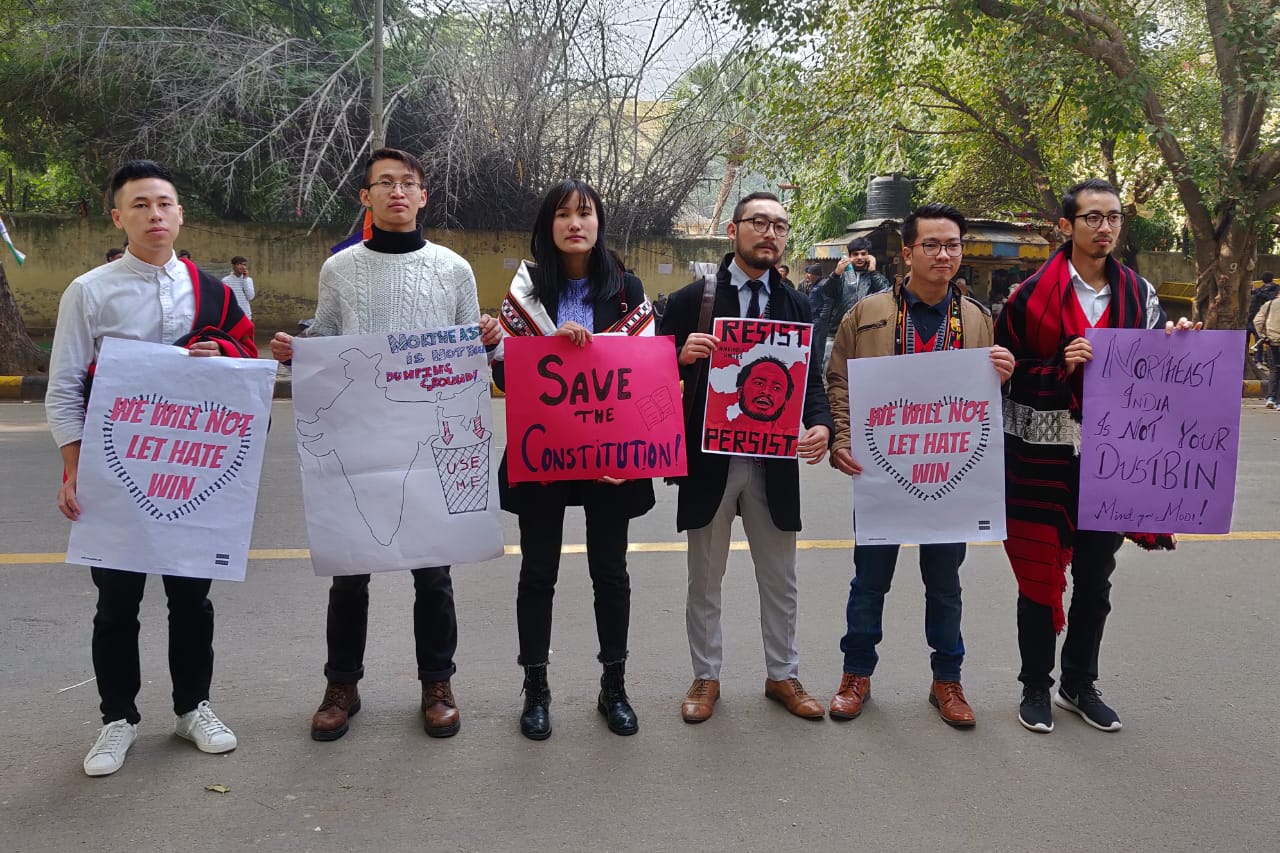 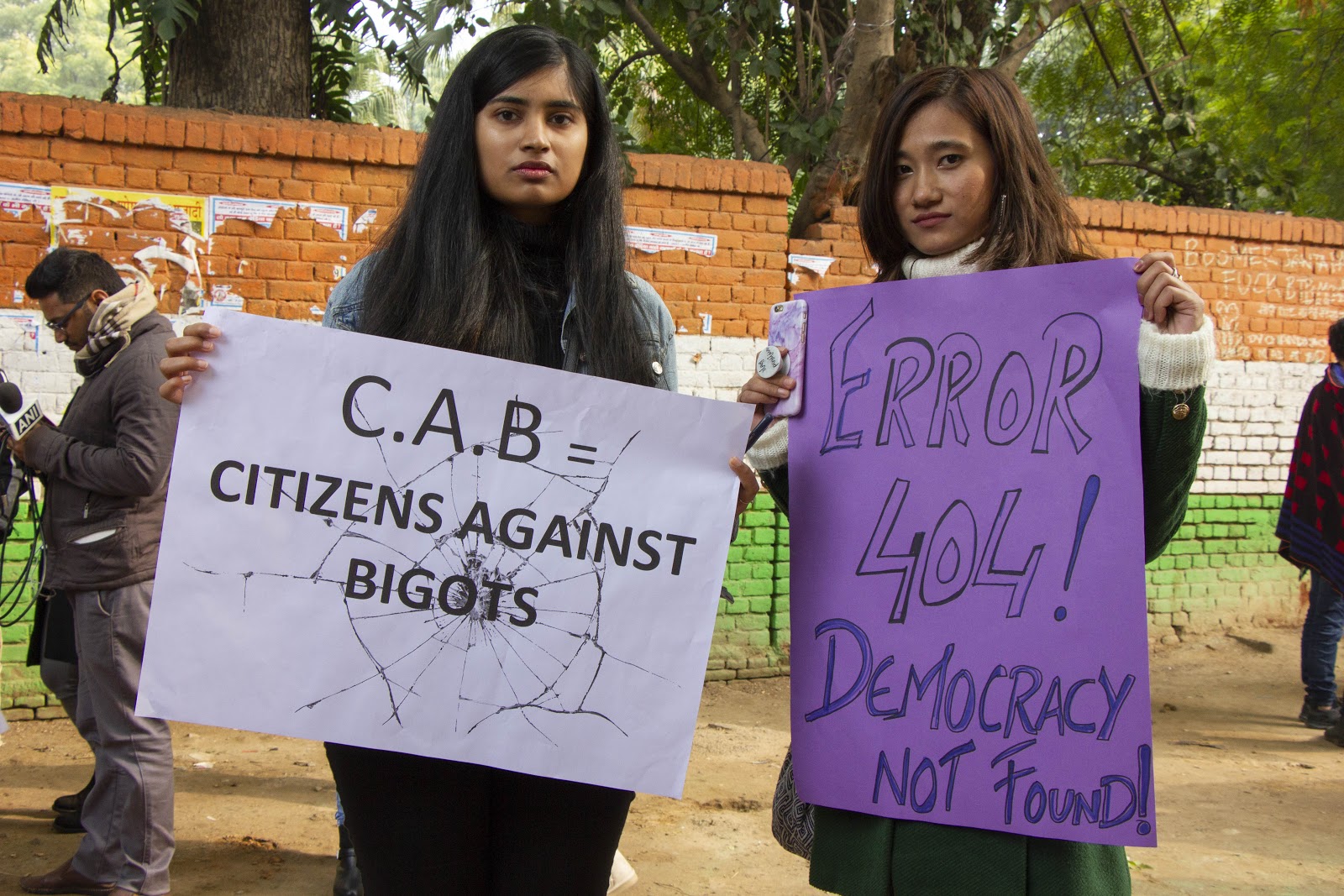 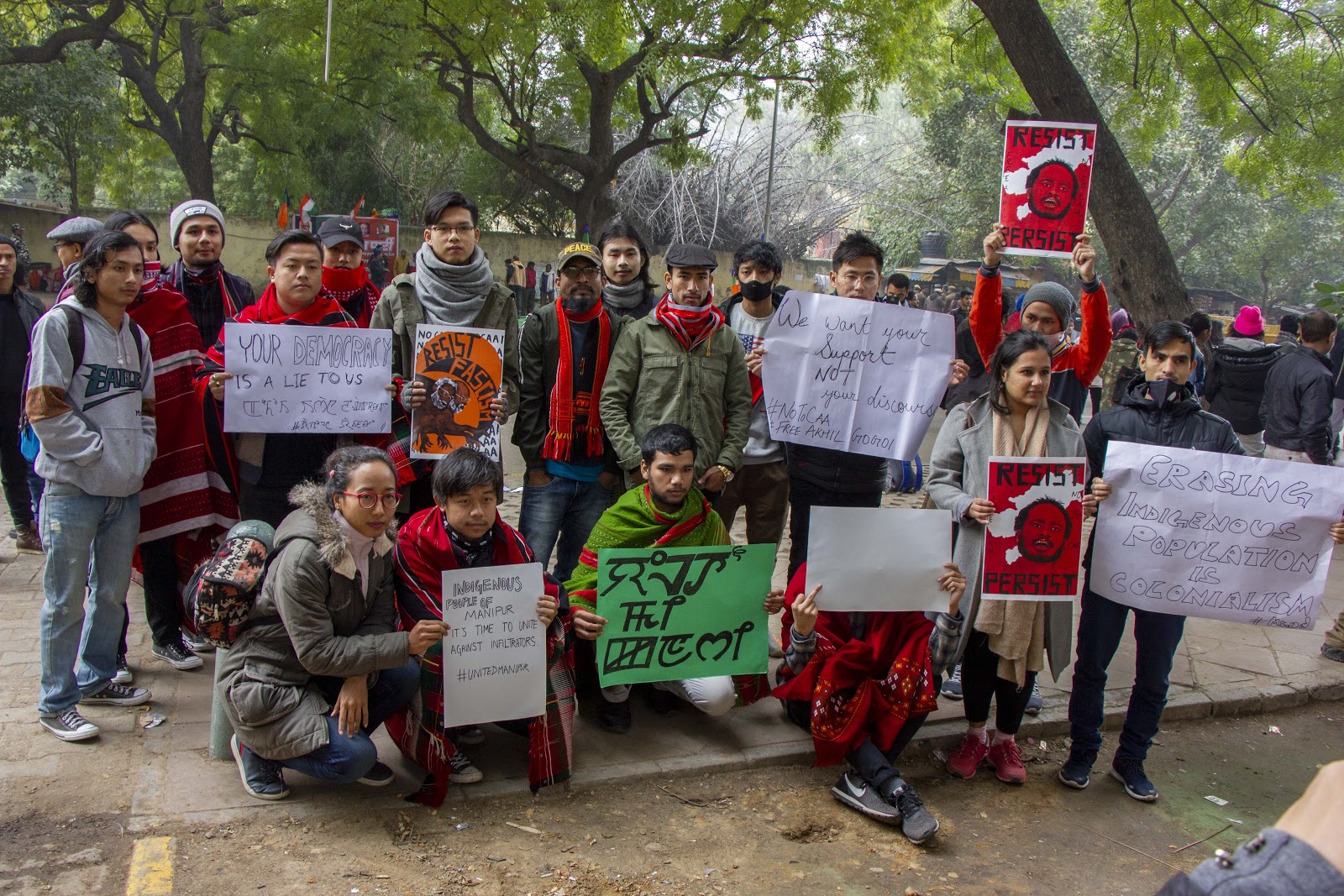