BANGALORE: A 24-Hour-Long protest was led by the students of Bangalore. The protest commenced at 6 pm on the 7th of January. Students, Teachers, and others joined to show solidarity against the recent acts of violence at Jawaharlal Nehru University. The protest also featured Ramchandra Guha and Monica Dogra. The protestors set a very warm atmosphere by bringing in food, tea, coffee, and water for each other.

Students performed poetry inspired by the courage of protesting citizens all over the country. Works of Faiz Ahmed Faiz, Sahir Ludhiyanvi, and Habib Jalih were recited time and again to rejuvenate the revolution in the protestors.

The morning began with a reading of the Preamble. The press arrived shortly after, but refused to cover the protest when a student asked one of the reporters for their Press Card. The media persons hovered and shouted at the students asking them how they dared to ask for the press card.

However, this did not even minutely discourage the students. By the end of the protest, there were approximately 1500 people who came out in support of the cause.

“There will be no leaders of the student protest. Students will be the leaders of this protest.” said one of the protestors as the crowd broke into a cheer. 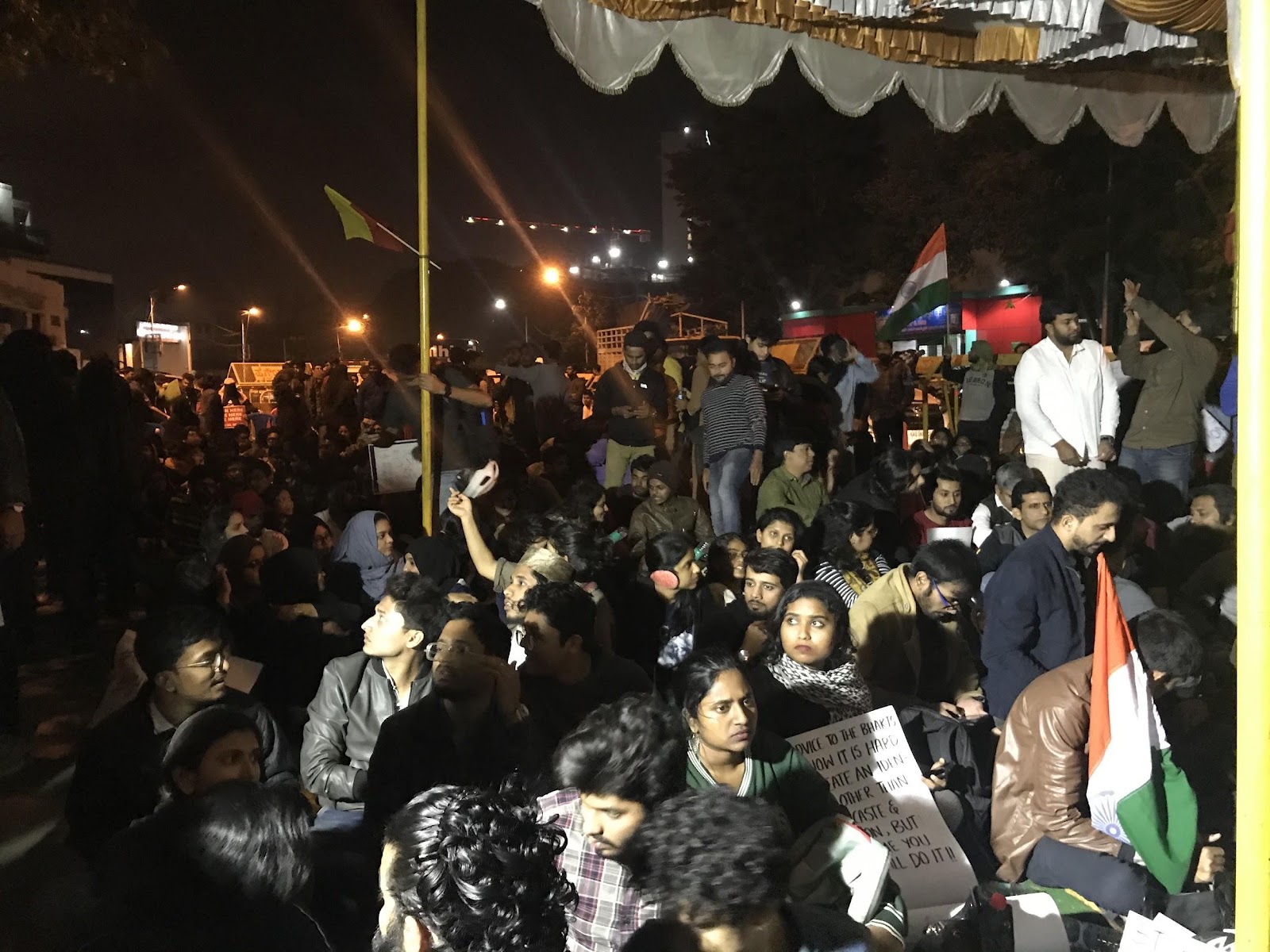 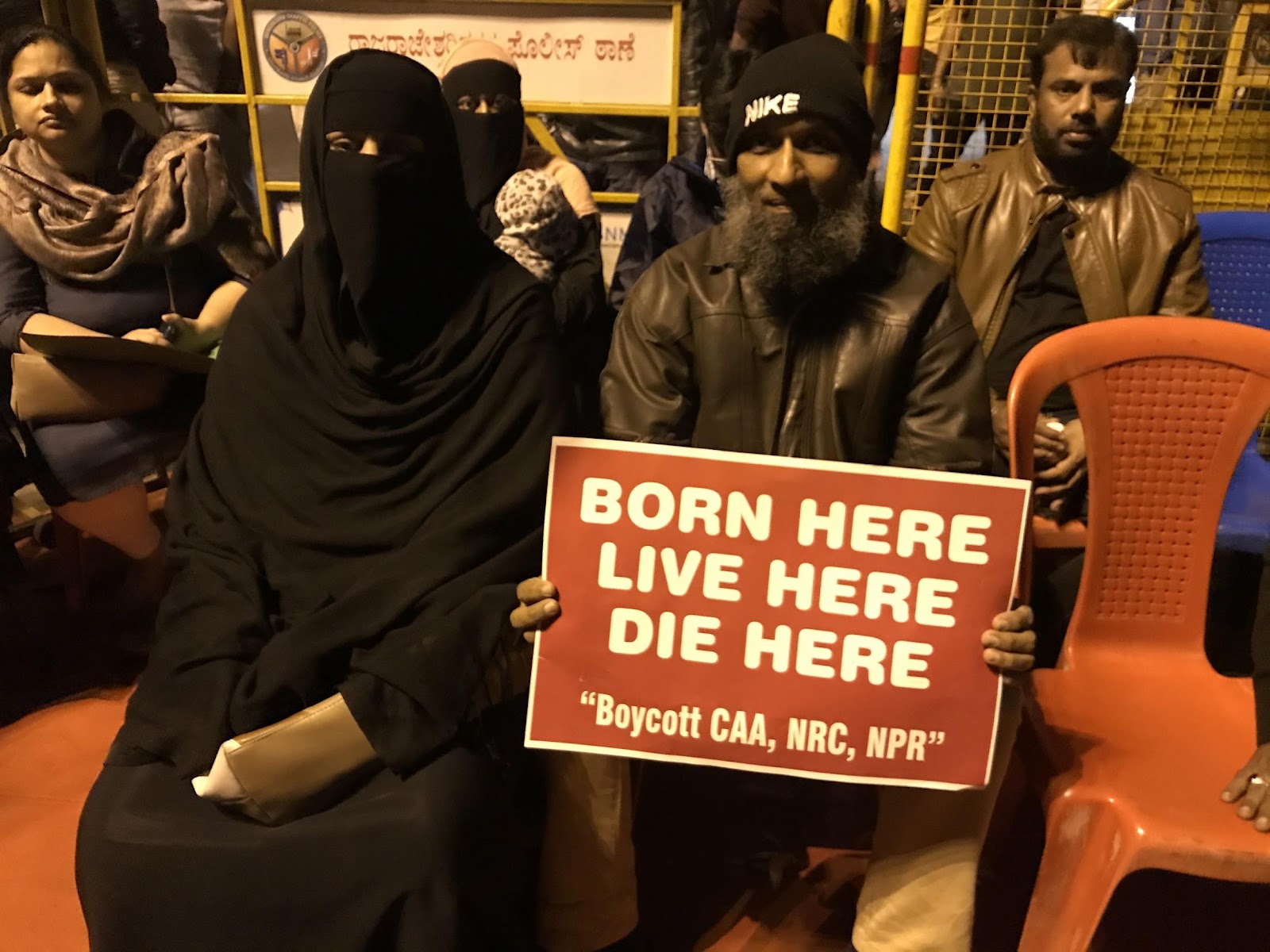 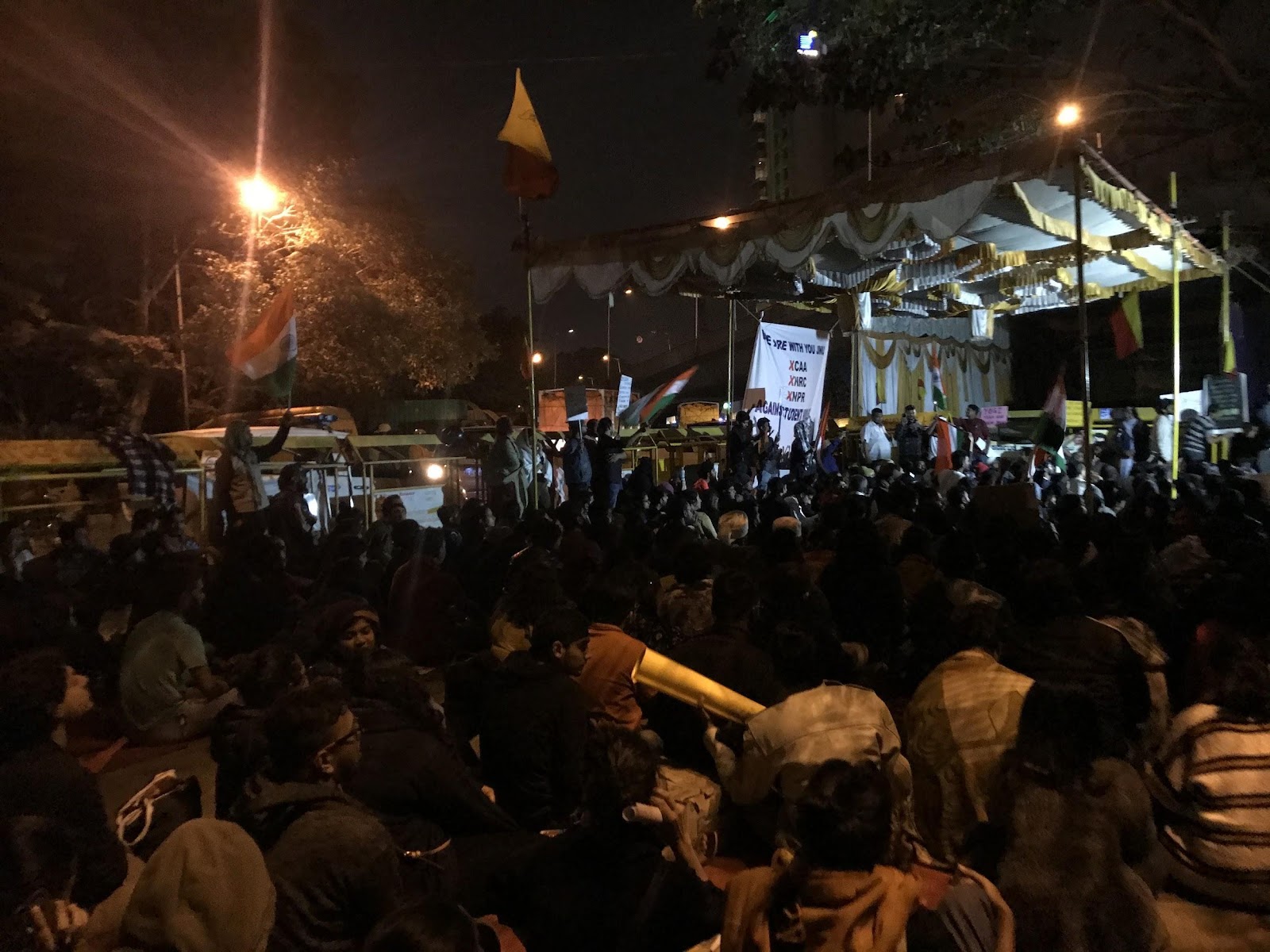 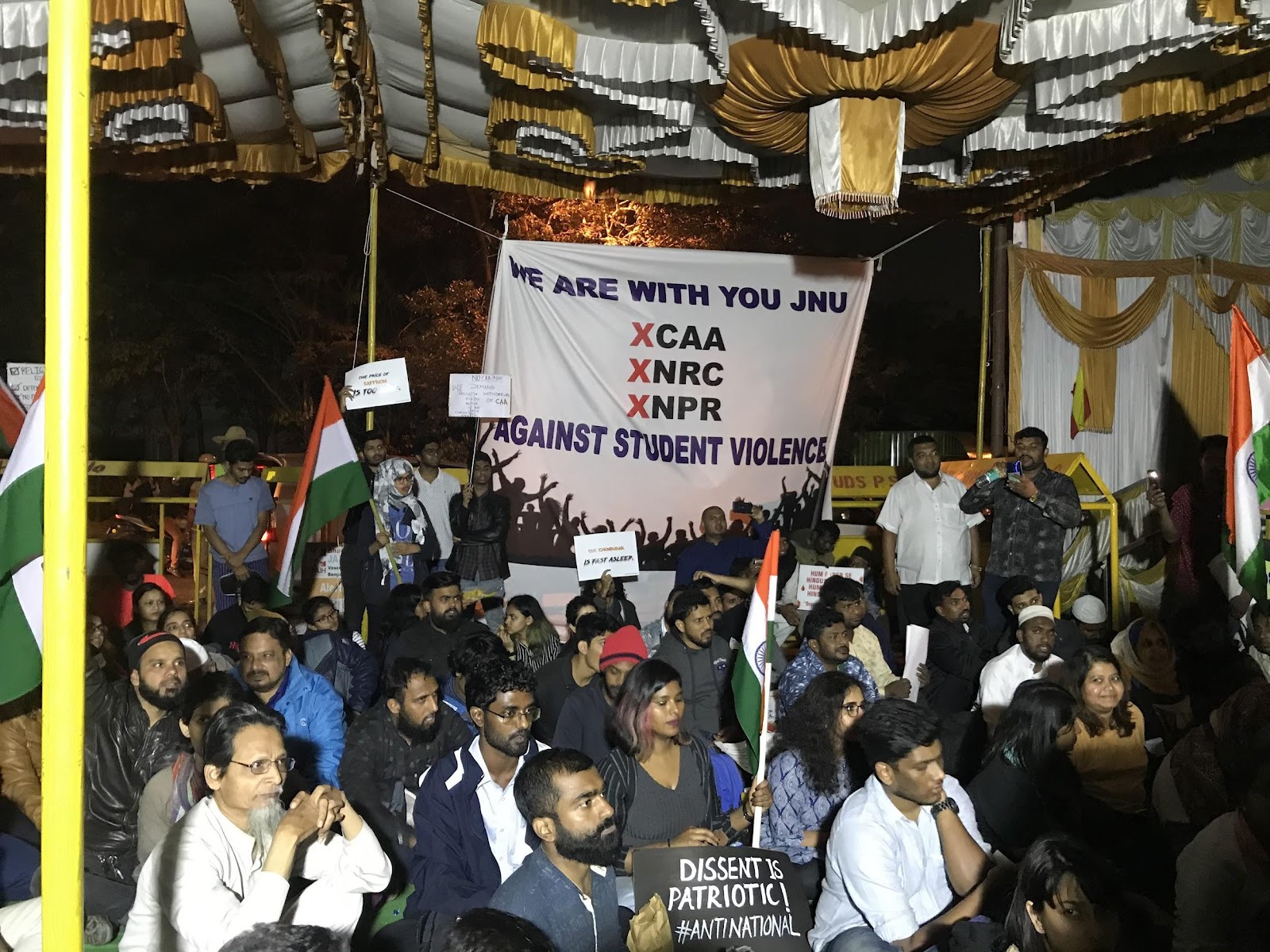 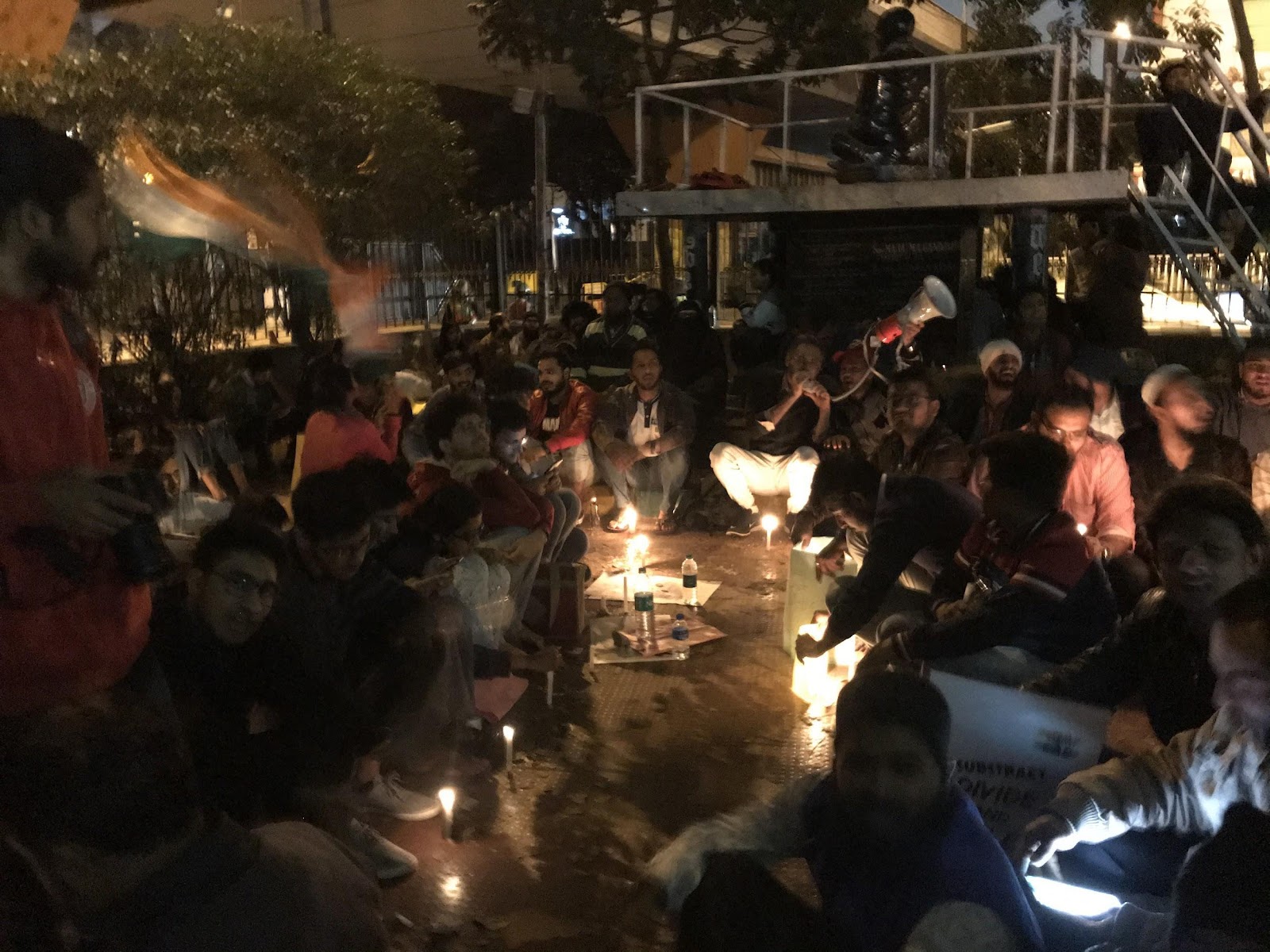 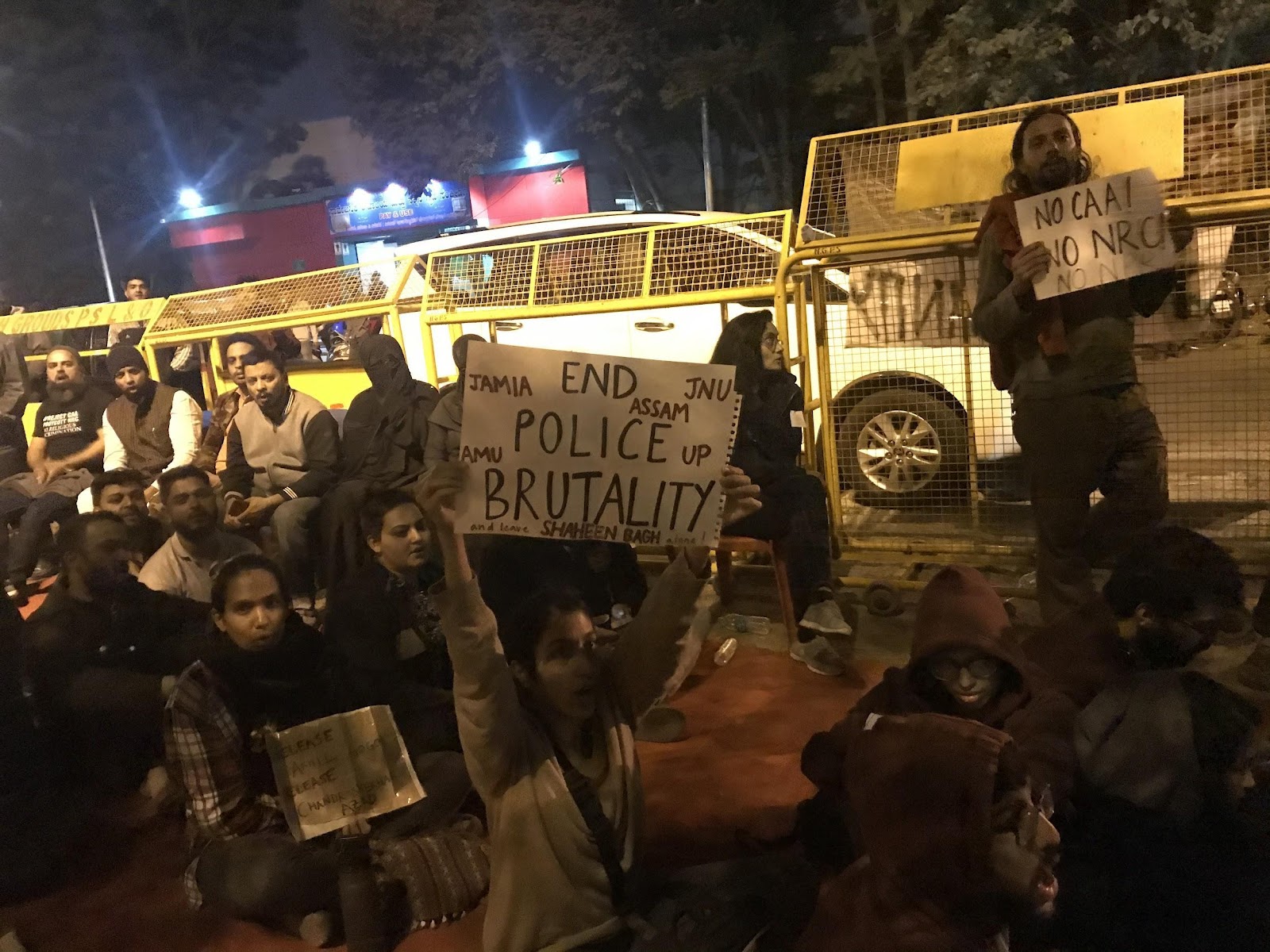 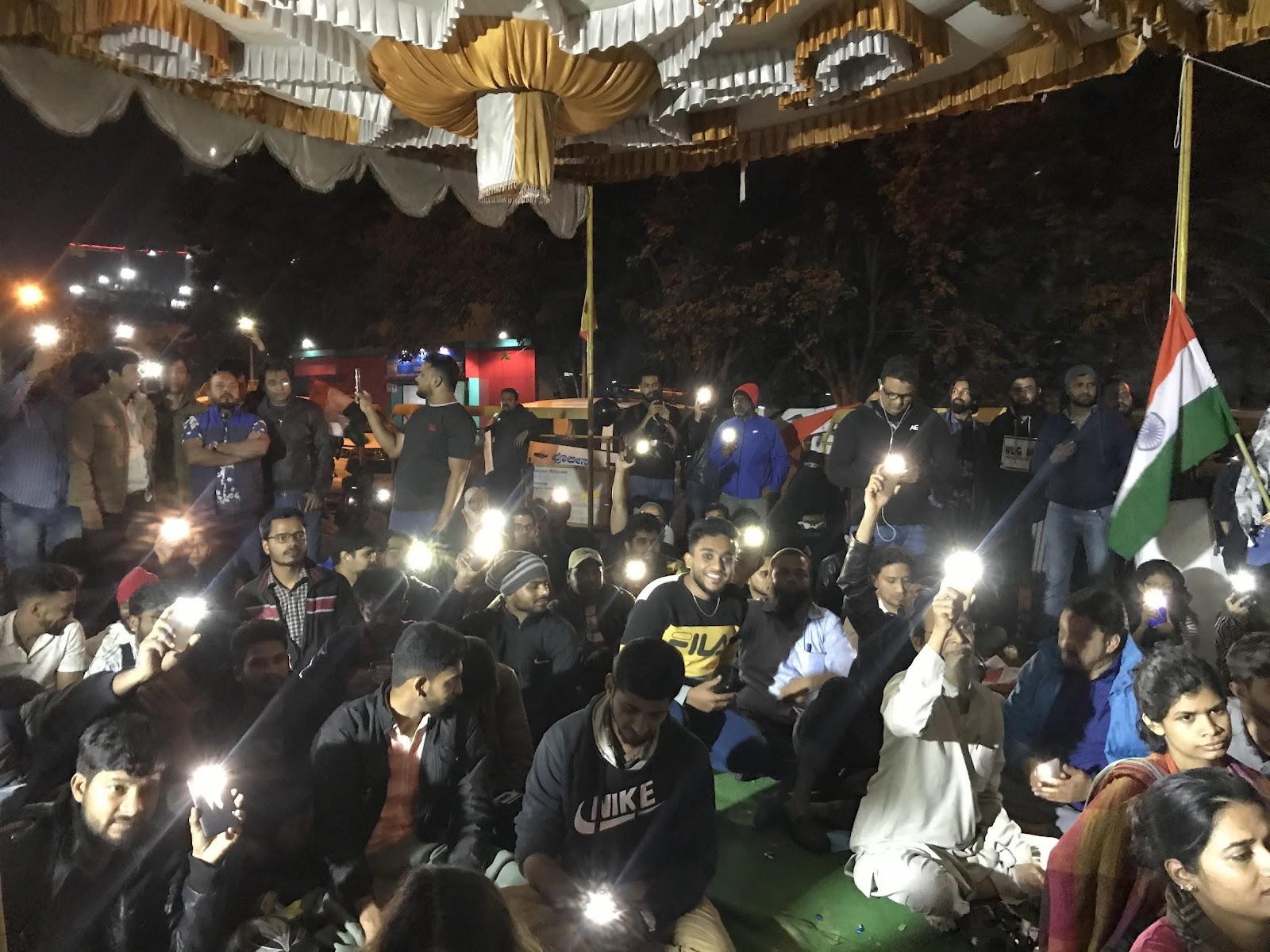 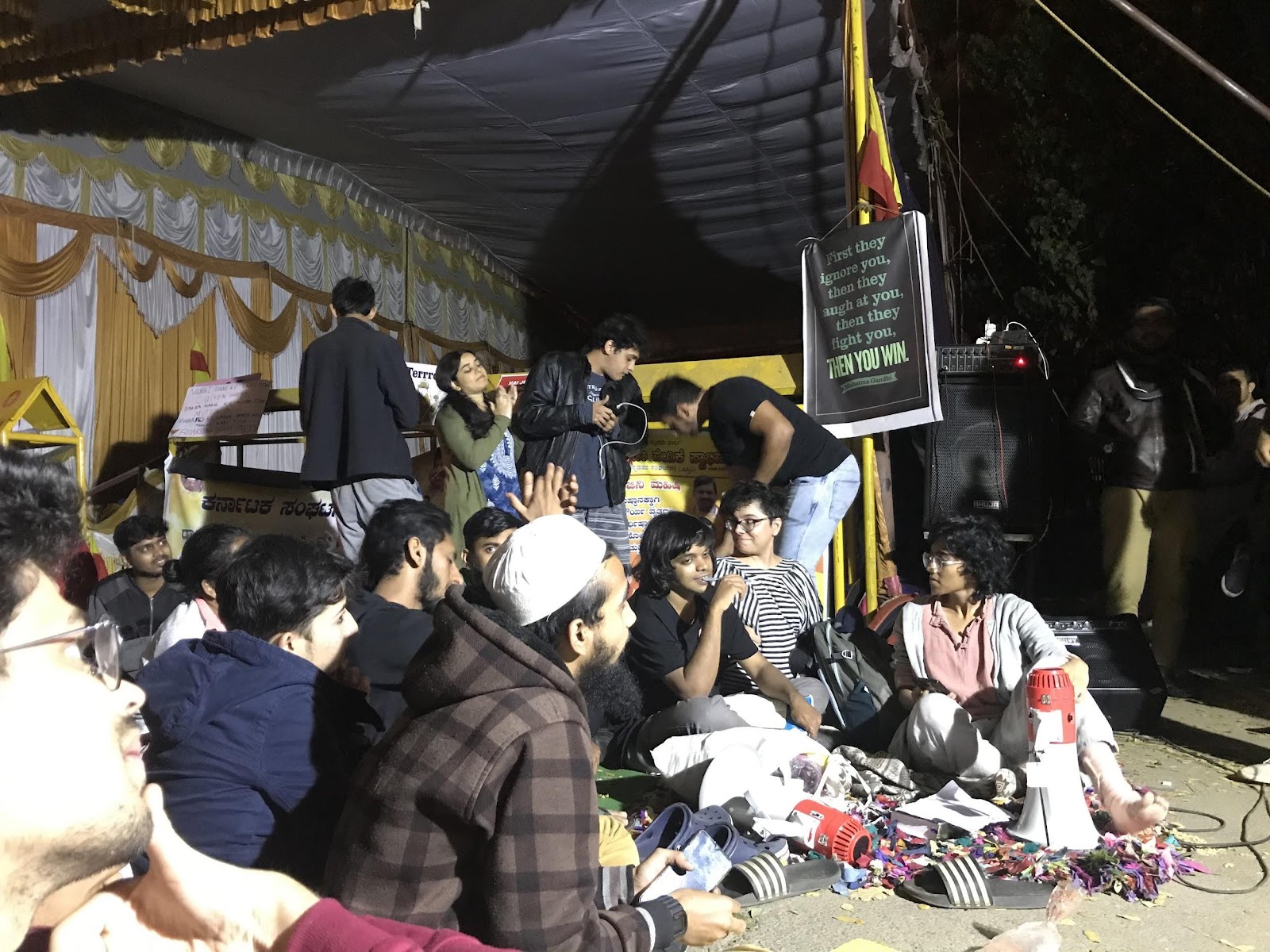 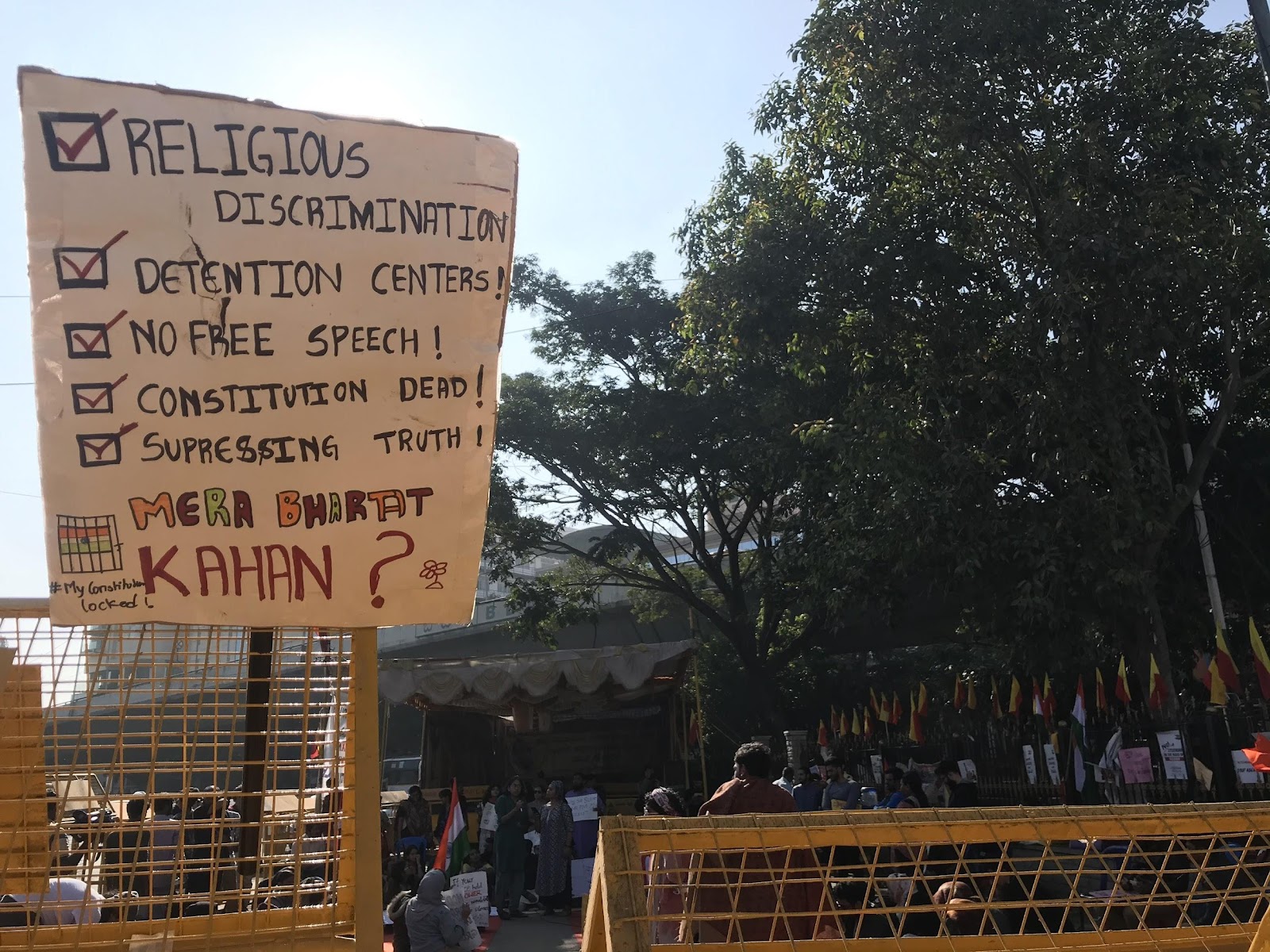 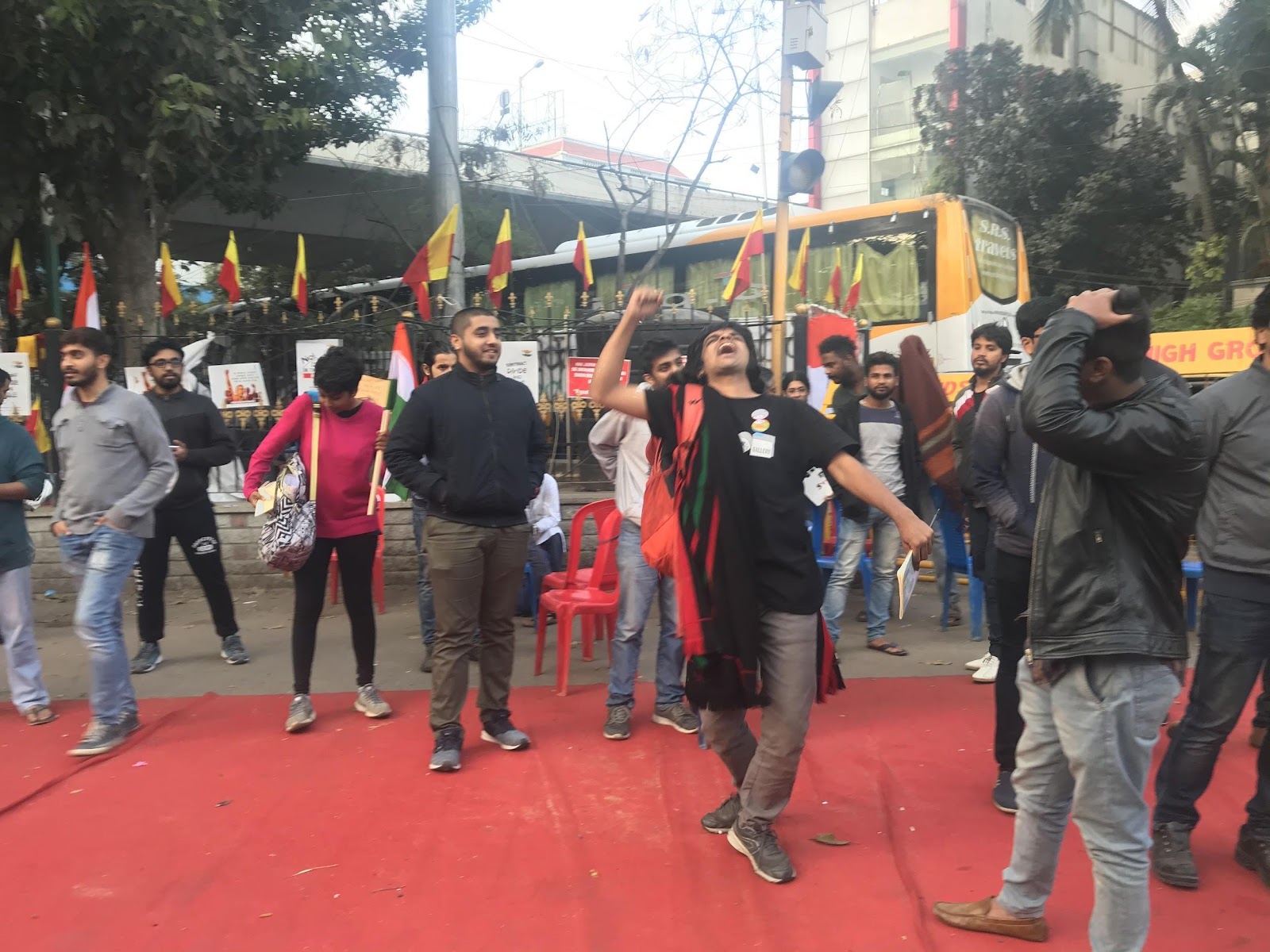 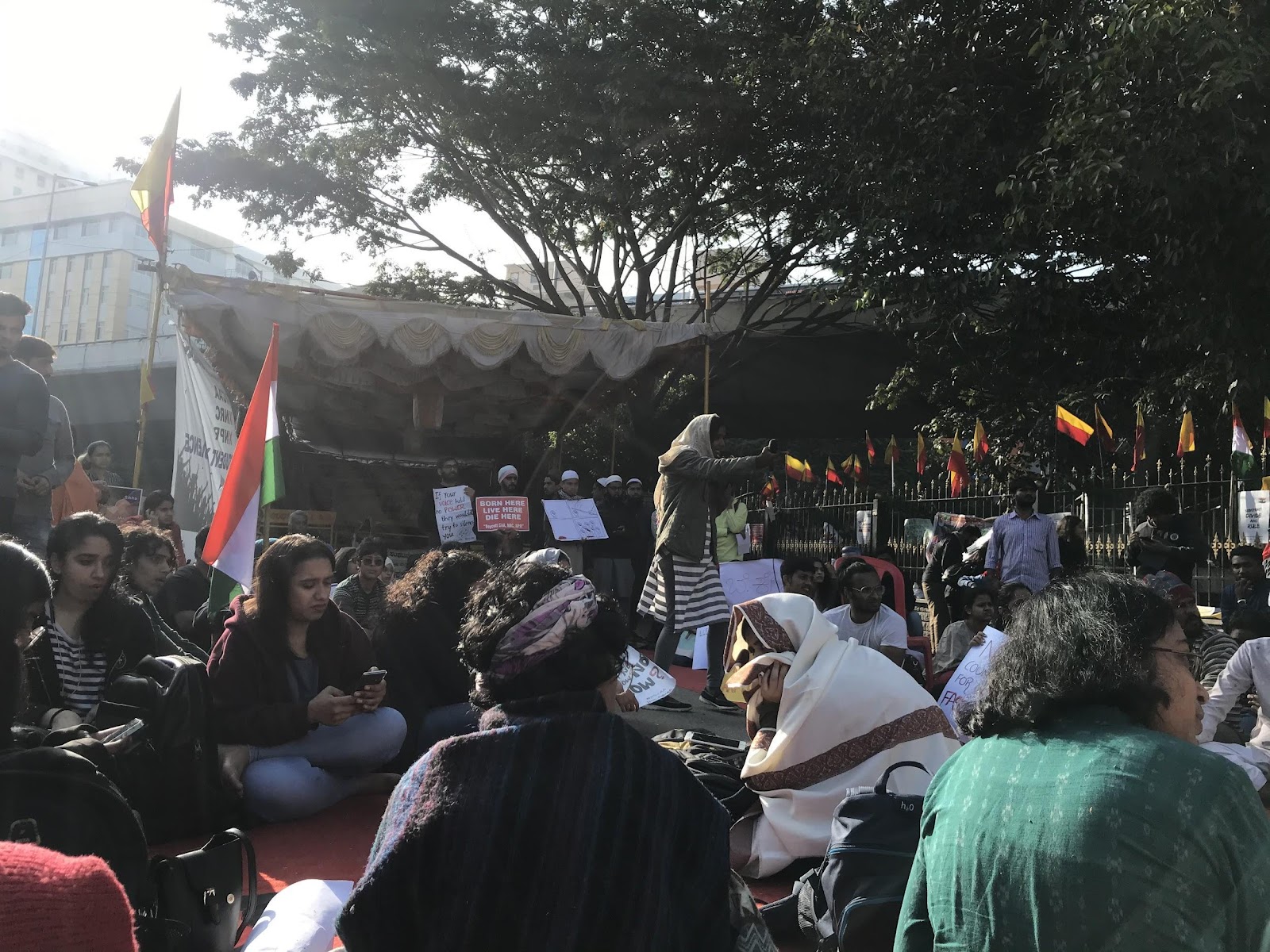 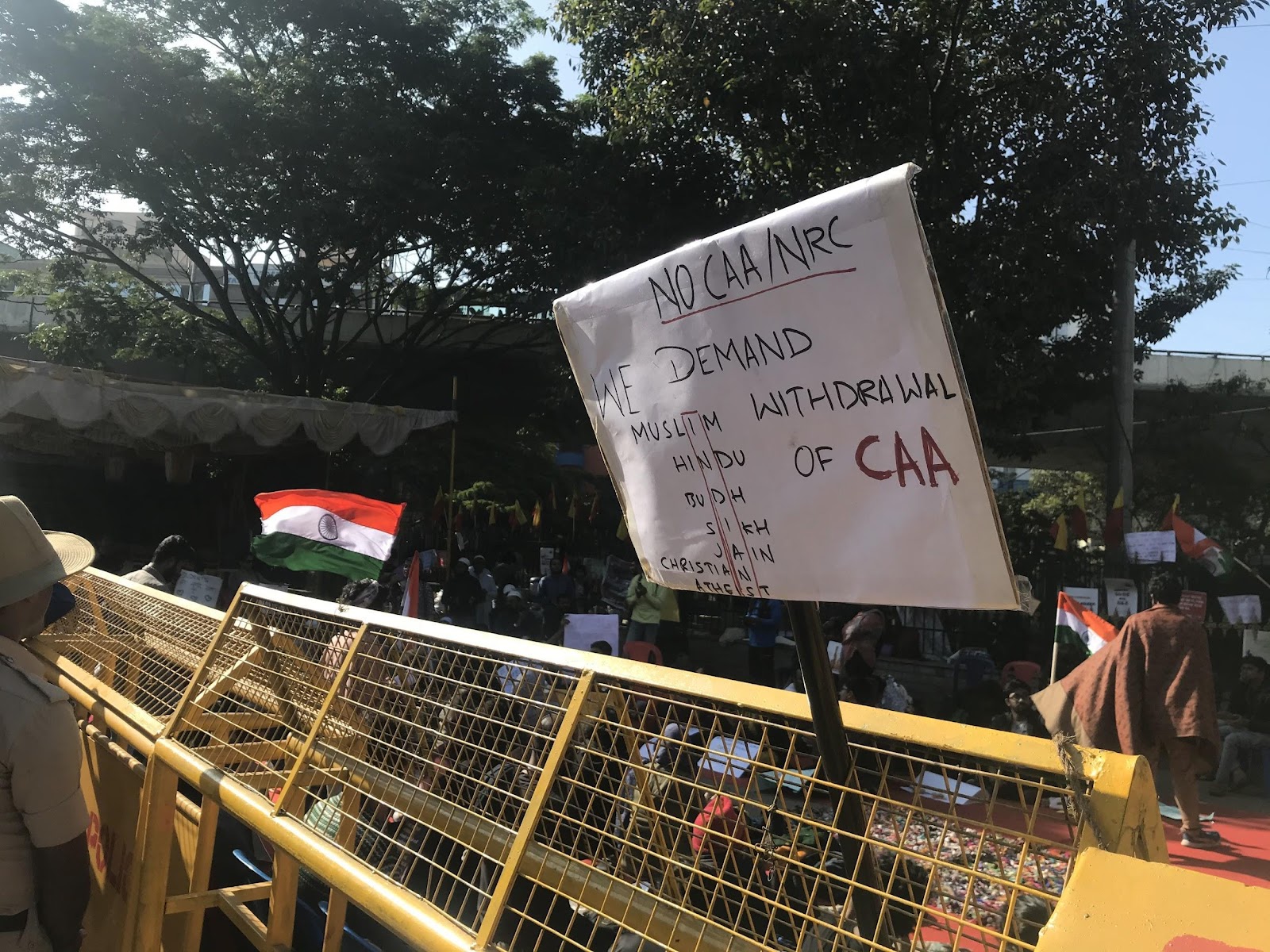 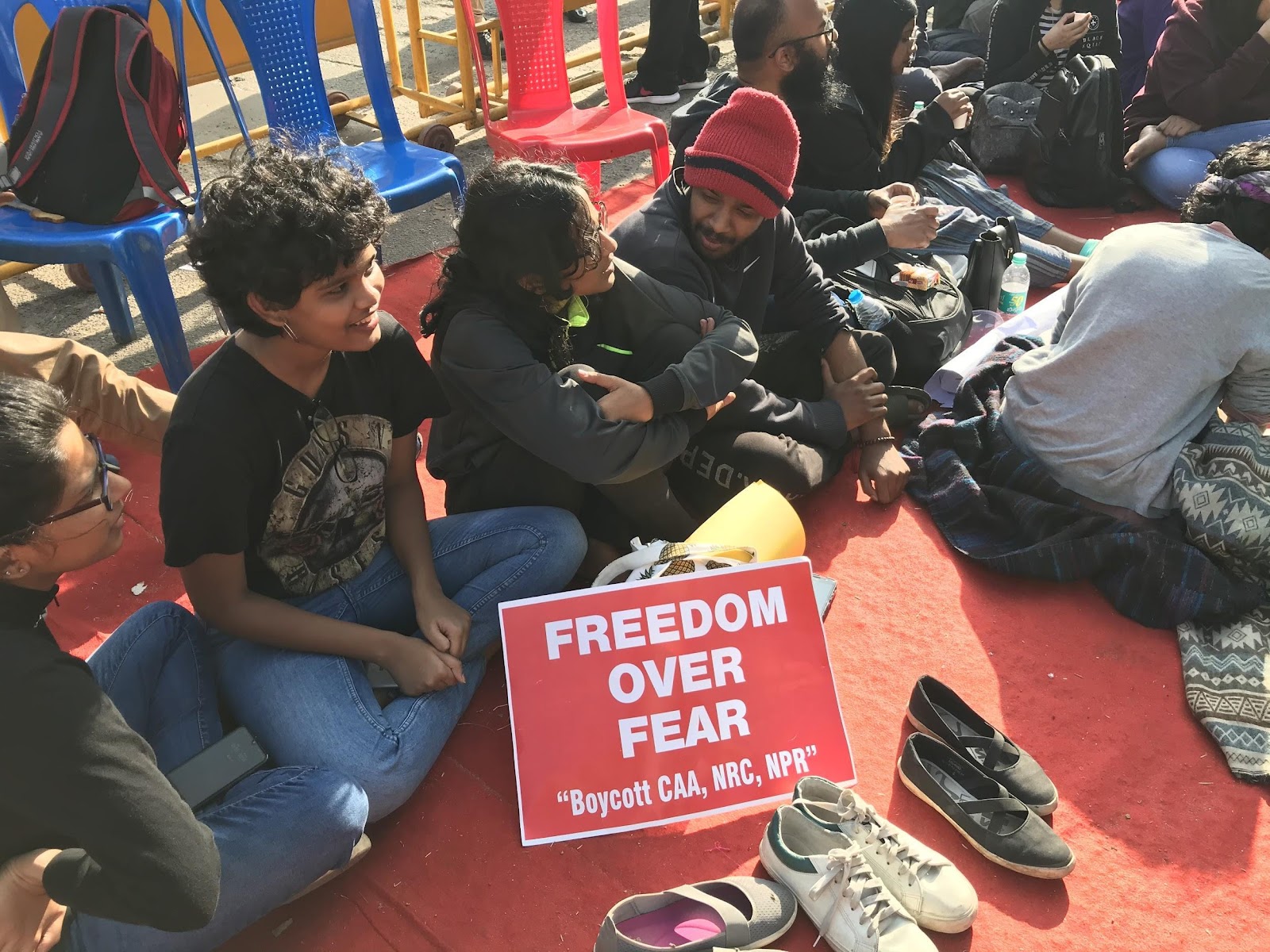 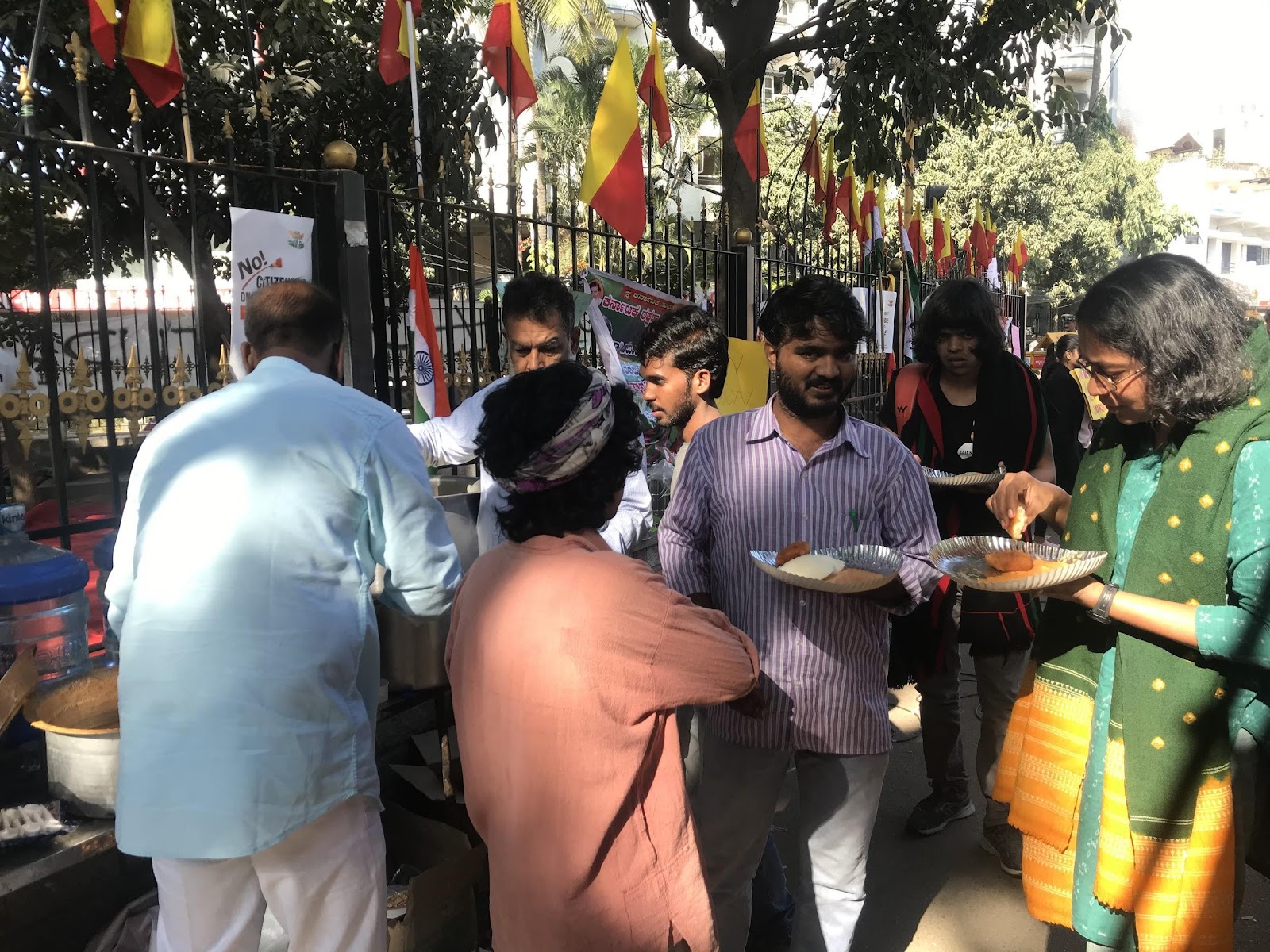 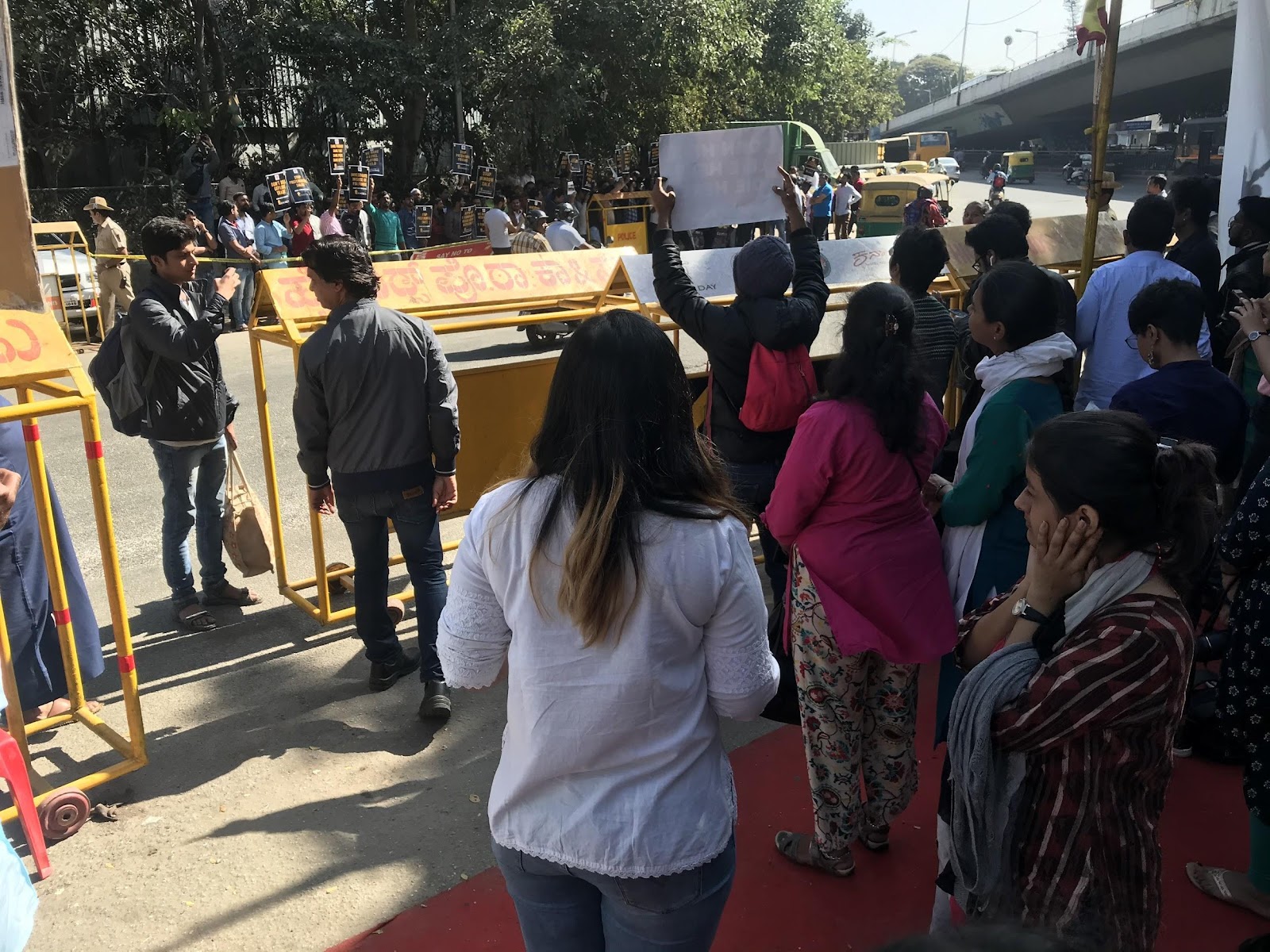 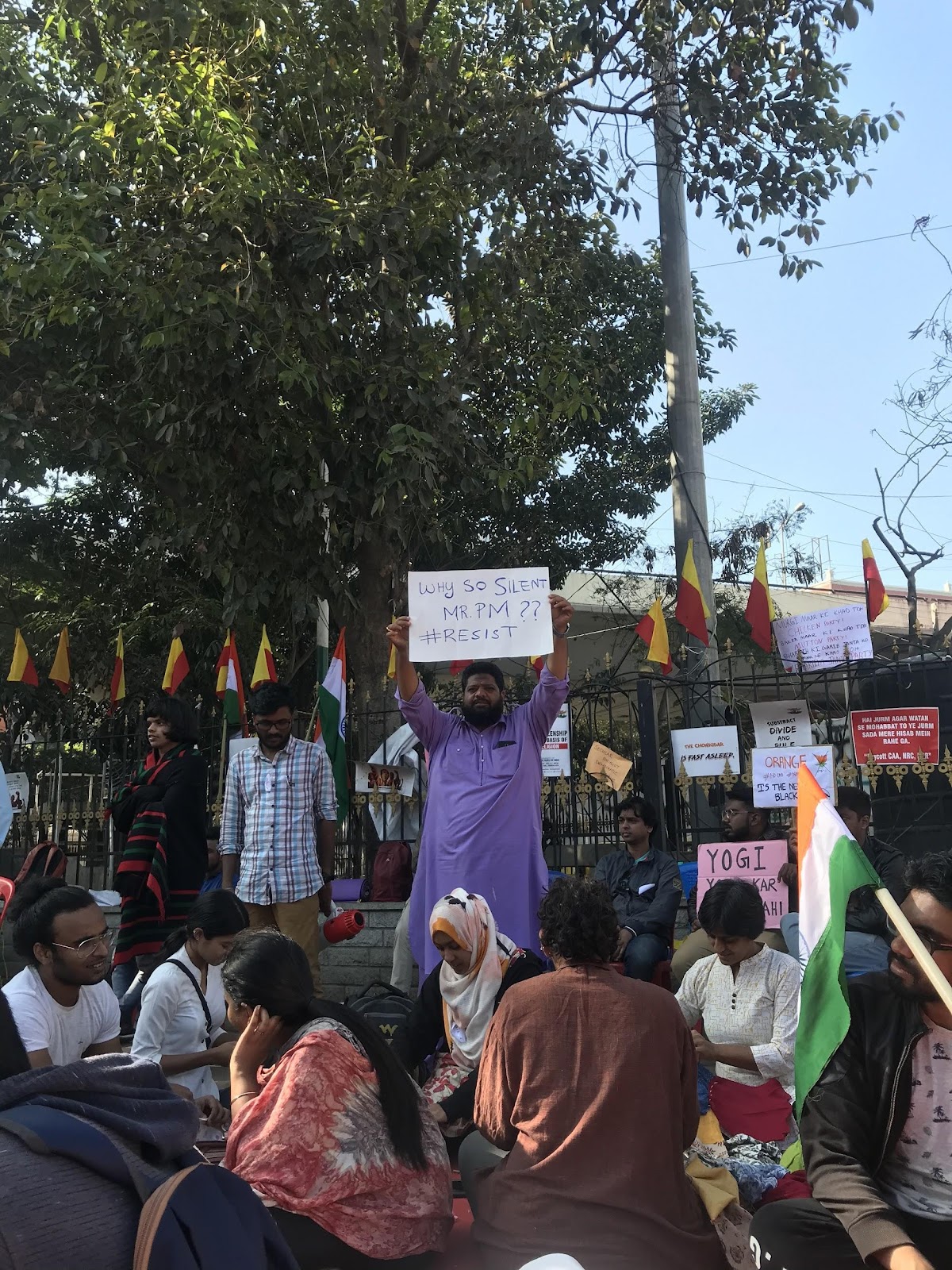 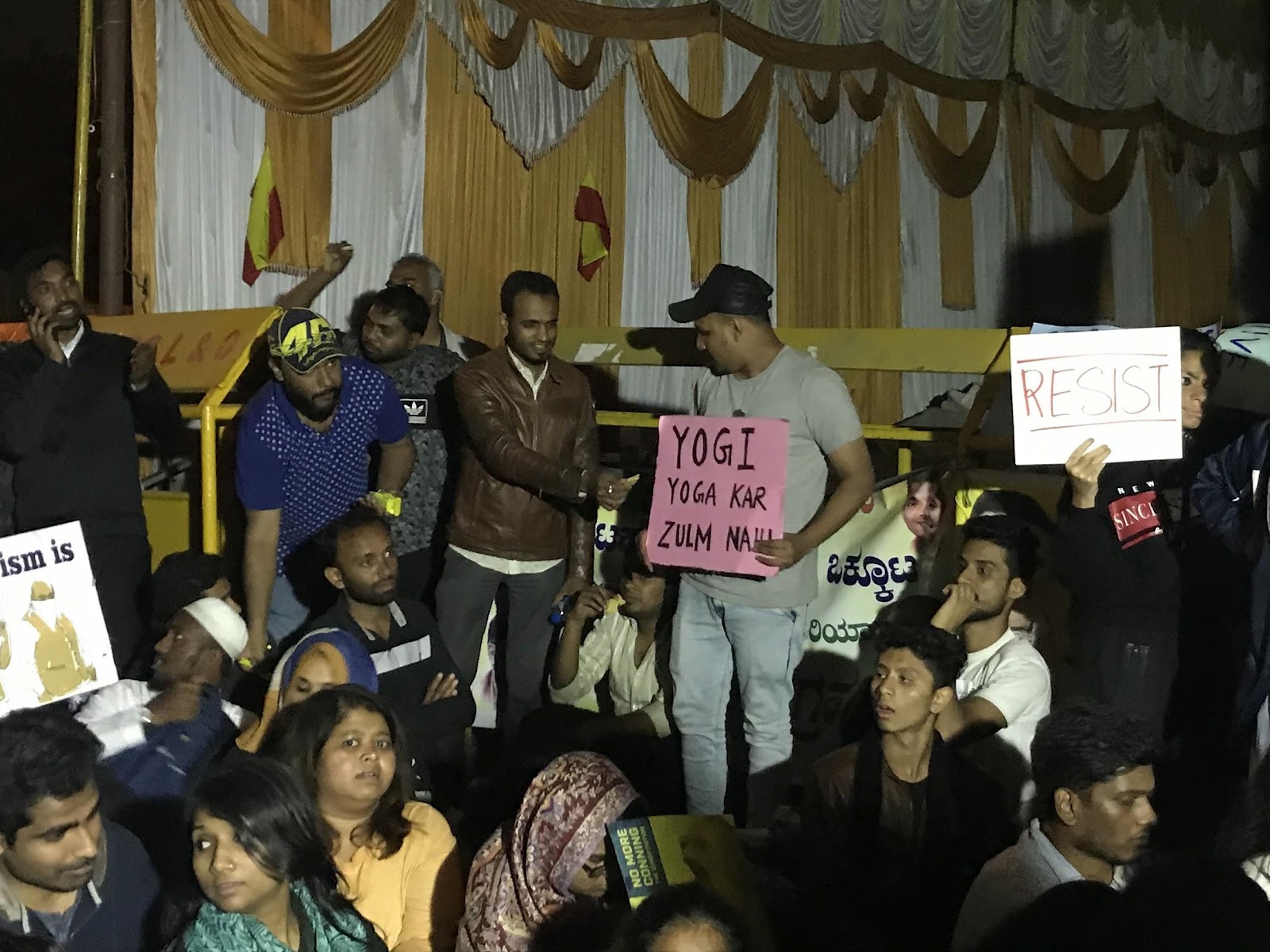