There are rumblings of discontent in the tribal villages around the much promoted Statue of Unity (SoU) in Gujarat. The tribal population of as many as 72 villages is opposing the Statue of Unity Area Development and Tourism Governance Bill 2019 that was passed by the state assembly last month.

Protests by the tribals are largely going unreported by the media, or or the reports are just being confined to the local pages of the vernacular as well as English dailies.

Between the last Poonam (full moon night) and the Poonam falling on Friday, there has been massive mobilization that has been carried out by activists across these villages along the Narmada River. 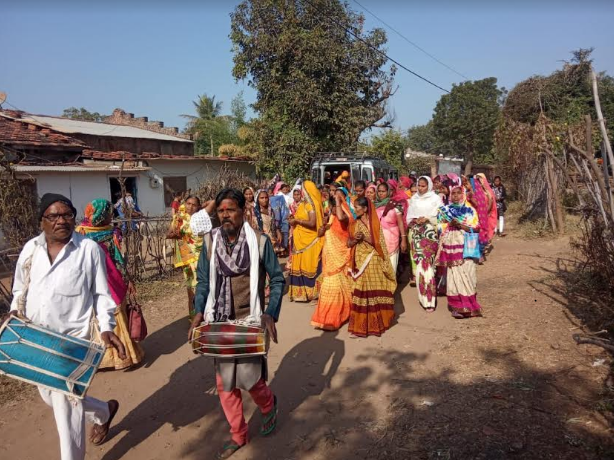 “There is a deep traditional connect between Narmada and Poonam. Our present mobilization had started with activists visiting each and every village where the population is opposing the Bill that is threatening their livelihood and existence. The women of these villages took a lead and carried out a long march on Thursday covering several villages. We will hold a meeting on Friday to announce our completion of the Narmada Parikrama and organize a Havan seeking wisdom for our policy makers. The meeting will be attended by the male activists and villagers as well where we will chalk out our strategy for the future course of action,” activist Swati Desai told this reporter.

She said that the march started from Kevadia and passed through Gora, Vasantpura, Nana Pipaliya, Mota Pipaliya, Garudeshwar before reaching back at Kevadia.

“From last Poonam onwards, the women of these villages have been symbolically registering their dissent to the Bill by drowning its copies in Narmada River on daily basis. They have also been organizing meetings where Bhajans are sung. The entire protest has been peaceful but the message conveyed is very strong,” she added. 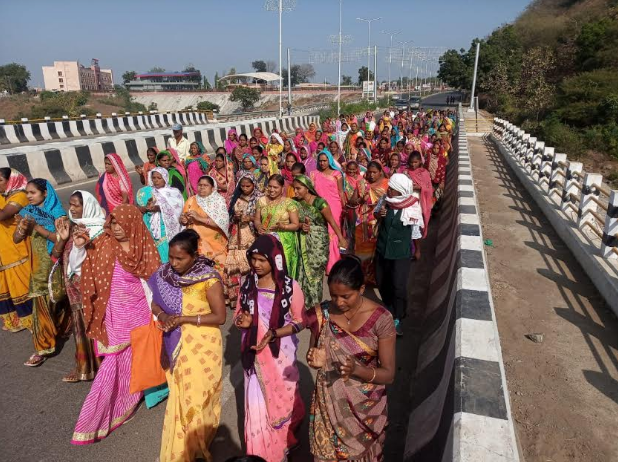 The Bill is projected by the government as a heralder of development and opportunity for tribals in this area. Activists ppint out that the opposition comes from the takeover of tribal land for the 30 subsidiary projects other than the Statue of Unity that are to be executed. Some of the smaller ones have already been implemented.

“The villagers do not want their lands to be taken away from them by the government. They feel a threat to their livelihood. Their fears have multiplied with the authorities evicting those who had set up small temporary eating joints around the area in July this year. They are even compelled to shell out Rs 300 if any of their cattle head is found in the land acquired by the government. Where will these poor people pay from?” Swati Desai said.

Vadgam MLA Jignesh Mevani has been among those who have been opposing the Bill most vociferously. He had burnt the copy of the Bill when it was presented in the state assembly in early December. He carried out the act of dissent in the assembly premises since he had been suspended from the proceedings inside.

He told reporters, “It is a black law. The very tribals who gave their sweat and blood to build this assembly building are being targeted by the law makers. I oppose this Bill in principle. The statue of Sardar Patel has been erected although he would have never approved spending Rs 3000 crore for his statue. This is a country full of deprived people who do not have enough to eat or wear. The state government is justifying the idiom of grabbing the arm when just a finger is offered. The main purpose of the Bill is to gradually take away thousands of acres of land belonging to the tribals and then hand it over to corporate giants in the name of tourism and development.”

Mevani has been requesting the 40 odd Dalit and tribal MLAs to come together to oppose this Bill. “I had to burn this Bill since I was suspended. Had I been inside I would have torn it. Our hearts are burning,” he said.

When it was pointed that the government claims to be generating employment for the tribals in the area, he had countered by asking the government to name those who have been provided gainful employment till now.

He has been explaining the ‘draconian’ provisions of the Bill to the tribals, that forbid them from carrying out any activity on their own land without permission from the relevant authorities.

The activists say that the Fifth Schedule of the Constitution is being violated and the approval of tribals is not being taken for the very projects that will have long term impact on them.

The Gujarat government has been trying to hard sell the Statue of Unity as the most sought after tourism destination in the country. According to the government around 30 million tourists visited this place in a short spell of 13 months. The government has justified the setting up of Statue of Unity Area Development and Tourism Governance Authority saying that it would ensure expeditious and planned development of the area, provide civic amenities and regulate tourism activities so as to provide secure and safe tourism for visitors.

There has been opposition to the Statue of Unity project right from the beginning. Those opposed to it ideologically have been saying that it is just a part of the Sangh Parivar’s design to not only appropriate Sardar Patel and his legacy but also to pit him as the ‘Iron man ‘against both Jawahar Lal Nehru and Mahatma Gandhi. For the tribals it is about right and livelihood. 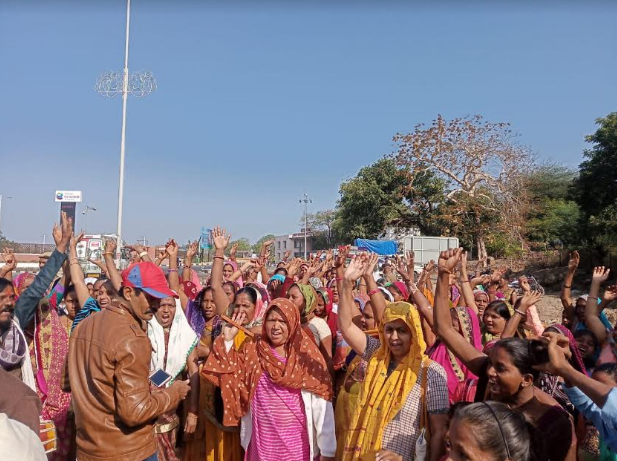