NEW DELHI: Hundreds of thousands responded to calls on the social media to reach Shaheen Bagh early this morning. And in a ceremony led by Dalit student Rohith Vemula’s mother, Radhika Vemula and 82 year old homemaker Shaheen Bano who has been on dharna at the site from the first day, hoisted the national flag on a tall pole as all sang the national anthem. It was truly a sight to behold.

The bonhomie at Shaheen Bagh is breaking all records, as entire strangers smile at each other, shake hands, stop for conversations, and share a camaraderie not seen in the heart of Delhi even at the best of times.

There is a strange kind of peace at Shaheen Bagh that women bring to their homes. A disciplined core group of a few hundred who sit under a canopy that barely covers them from the cold or the winter rains, surrounded by thousands of Delhi-ites from the elite to the toiling masses who make their way to the resistance site every day. The crowd this Republic Day was record breaking.

Children carrying the national flag, men wearing ‘I love India’ handbands, an old man sitting with a national flag declaring that this was his life, women, some in their Sunday best, speaking of the Constitution and citizenship with knowledge and authority ---it would be a carnival except that everyone is there with a sense of purpose. To stand in solidarity against CAA, against authoritarianism, even as they welcome each other with smiles, often a greeting as no one is a stranger here, as everyone shares the same cause. 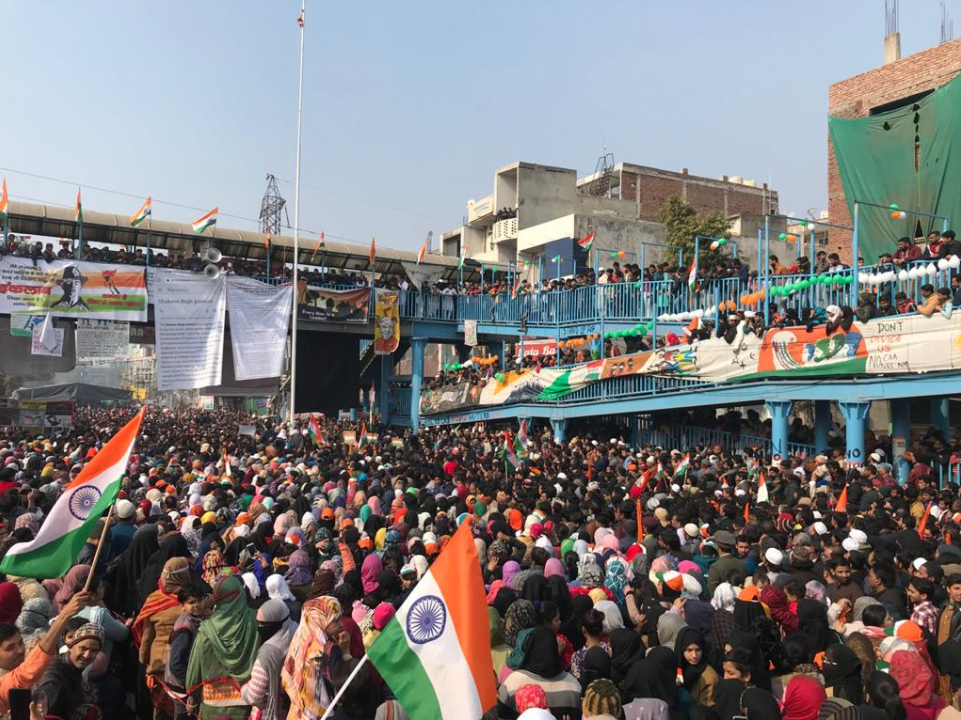 Someone or the other is on the makeshift stage with a speech, or a poem, or a dance, or a play through the day. From Kerala, Rajasthan, Bihar--- with food being prepared by Sikhs from Punjab on some days, by volunteers from Haryana, and others in the city. The women eat quietly along with their children, dahi bhalla and rice on this particular day, and others come up to you to say take photographs only after they have finished lunch. Leave them alone please till then. Inquilab Zindabad, Bharat mata ki jai, slogans mix.

Men stand around, talking, exchanging views, and full of admiration for their women most of whom say they are homemakers. 82 year old Saira Bano who has become the face of this protest along with two other older women is full of energy. Standing giving interviews to some camera persons she tells us, “yes this is the first time I am out protesting. I have to, I have no other choice.” Till when? “As long as it takes” she says proceeding to give us a short lecture on the provisions of CAA and the National Register of Citizenship. “I live here, I belong here, how can they even question it,”she says. You met the government people, someone pipes in. “Yes we went and met them, they called us and we went,” she replies with a “what is wrong with that.” What about the women in your family, where are they? “They are all here, my daughters, my bahus, my granddaughters, they are with me,” she says eyes sparkling. Are you not tired? “No why should I be tired, I do not have the time for that,” she says.

Shaheen Bagh has an air of honesty that permeates scepticism. It is so street, from the art on the roads, to the slogans on the overbridge, to the graffiti and the posters, with creativity bursting out from every corner as it were. It is an open platform, there is no stage management but every evening there is an impromptu, sometimes more organised, program that elicit loud cheers, applause from the women and all the other supporters. It has become the place to go to over the weekends.

A young woman, an art historian, who frequented night clubs on the weekend has been spending her time at Shaheen Bagh. A group of college girls speak not of actors but of Shaheen Bagh at the next table on a cafe, saying how they have to hide the fact from their parents. And discussing the protests. Students gathered for a workshop have either been to Shaheen Bagh or will be going very soon. It has become a movement in Delhi and a nucleus of resistance for ten other such venues in the national capital, and for women in Lucknow, Kanpur, Allahabad and a host of other small towns.

Women do not speak of religion but of gender as all communities sit together, hold hands, sing together, eat together. For them the home has become secondary, and as one young woman clad in full burkha said, “this is far more important today, as otherwise we might not even a home.”

No one was particularly bothered about Union Home Minister Amit Shah’s election call for votes to ensure a Shaheen Bagh never happens in Delhi again. Some smiled, others laughed, and still others pointed at the thousands around them as the response.

“We want a Delhi free of pollution, clean water in every household, 24x7 electricity, good facilities for education, no slums or unauthorised colonies, a rapid transport system, cycle tracks, world-class roads where there are no traffic jams and there is never a Shaheen Bagh… we want such a Delhi,” Shah had said at a 'Jeet Ki Goonj' event organised for BJP’s social media volunteers. 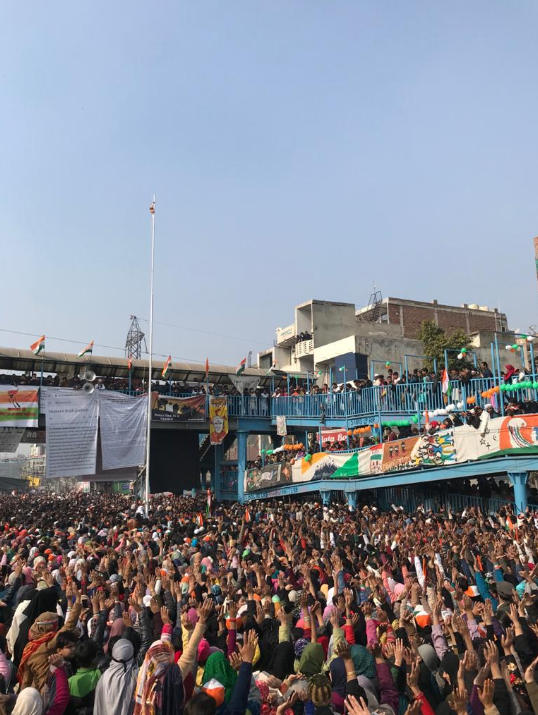