AHMEDABAD: Just as dusk makes way for the cold winter evening, the Chalis and Mohallas of Ahmedabad and some other districts of Gujarat where Muslims and Dalits have been living side by side for decades start coming alive. The commotion that can be felt is about Mohalla (neighbourhood) meetings that are being held by some legal and social activists on the Citizens Amendment Act (CAA), National Register of Citizens (NRC) and National Population Register (NPR).

The awareness drive is being carried out by the activists of Alpsankhyak Adhikar Manch in collaboration with social activists representing different professions.

Why Mohalla meetings though? “We had no other option as the Gujarat government is not allowing peaceful protests against CAA, NRC and NPR. We are unable to express our dissent in the land of Gandhi,” advocate Shamshad Pathan told The Citizen.

Gujarat has been witnessing a crackdown on any attempt to rake up the controversial issues of CAA, NRC and NPR through demonstrations and peaceful gatherings. The law and order enforcing agencies have been denying permission to those planning peaceful protests citing a threat of violence while the same authorities have in the recent past allowed rallies and demonstrations in favour of these subjects.

Five persons, including a professor at the Indian Institute of Management, Ahmedabad (IIM-A) have challenged the city Police Commissioner’s orders for continued imposition of Section 144 of CrPC and Section 37 of the Bombay Police Act across the city in Gujarat High Court. They have underlined that the continuous imposition of these sections have made Ahmedabad an indefinite war camp which is like being in permanent danger. 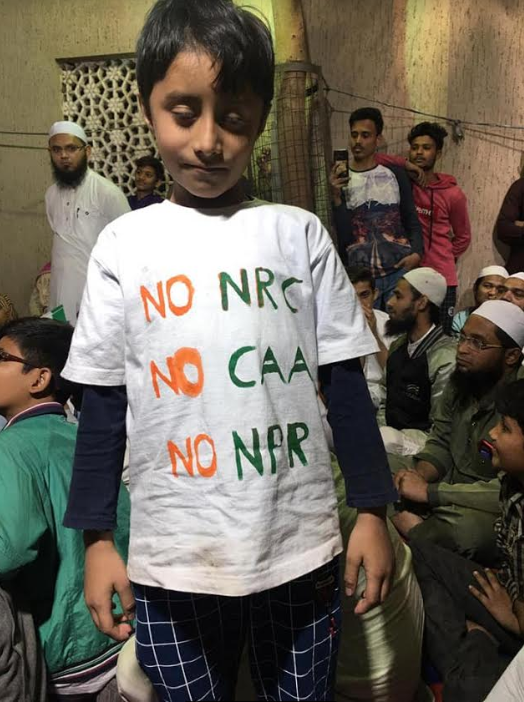 About the Mohalla meetings Pathan said,“Initially we organized meetings at two places and posted the pictures and a small write up on the effort on the social media. We were soon thronged by requests for addressing similar meetings in other Chalis and Mohallas. These meetings are catching up in a big way and nowadays we are addressing the people in various localities back to back.”

A team of seven to eight people visit the Mohalla where the meeting is to be held. The team comprises legal experts and other activists along with local community leaders.

“We have been telling people what CAA, NRC and NPR mean. Then we tell them that the new format of NPR is nothing but the first step towards NRC. Thereafter we tell them how the fight against the central government’s divisive policies is being carried out. We tell them that things have been taken up in the Supreme Court. At the same time we tell them not to furnish the additional information being sought in the NPR. We tell them to be polite and respectful to the government officials carrying out the NPR and thus carry out a disobedience movement,” Pathan explained.

The legal and social activists are also accompanied by a small cultural troupe singing songs about the people’s movements right from the days of the independence movement till now. More and more people are jnow rallying around the demand for a National Register of Employment, Education and Health services instead of a divisive agenda like the NRC.

“It needs to be understood that there is a lot of confusion among the common masses with regards to CAA, NRC and NPR. To begin with very few people from the marginalized communities be it Dalits or Muslims or from various other sections understand the English terminology. There is widespread panic that no one from the administration is keen to address. Having heard and read about the NRC and its fallout in Assam, the people are under tremendous stress,” Illyas Mansuri, an activist, said. He has been a part of the Mohalla meetings in Mehsana city and its adjoining villages in North Gujarat.

He pointed out, “There are so many errors and confusions in the government records and this is adding to the chaos. There are numerous instances where in one single family different people have different surnames. Many names have been wrongly spelt in government records. Many people have misplaced or lost their papers. We have been telling the people that there is nothing to worry. The problem is that even those who have been organizing events in support of CAA, NRC and NPR are not making people aware. This lack of awareness has led to a lot of confusion and fear among the common people.”

A large number of Dalits too have been attending the Mohalla meetings that have been going on in places like Ahmedabad, Mehsana, Halol and Vadodara.