AHMEDABAD: Rattled by growing resistance in Gujarat to the controversial anti democratic moves of the central government on Citizens Amendment Act (CAA), National Register of Citizens (NRC) and National Population Register (NPR), the ultra right has given acall for the economic boycott of Muslims, starting with some districts in the state.

While such calls have earlier been given locally in different parts of Gujarat over the last two decades, the venom has now spread to the district of Kutch that borders neighbouring Pakistan.

Saurashtra and Kutch have been relatively peaceful on communal issues despite repeated attempts here. The communal model has mainly been visible in South, Central and Northern Gujarat. 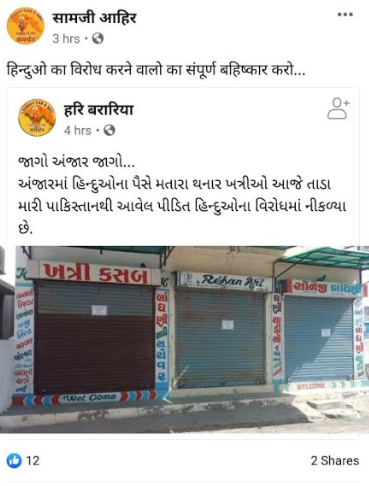 Local sources confirming the economic boycott, told this reporter that it is the growing opposition by both Muslims and Dalits to the CAA, NRC and NPR that has given a big jolt to Hindutva forces. The unity of those opposed to the Citizenship law, and large scale protests are seen as a danger to the much publicised ‘Gujarat Model’ where in effect the minorities were pushed to the margins systematically.

“The calls for boycott saw their peak last week during the Bandh against CAA, NRC and NPR. The response to the call was unprecedented across South Gujarat as even those selling vegetables and eatables on small carts kept off the roads. The Hindutva elements then resorted to composing multiple hate messages and circulating them on the social media,” Surat sources said. 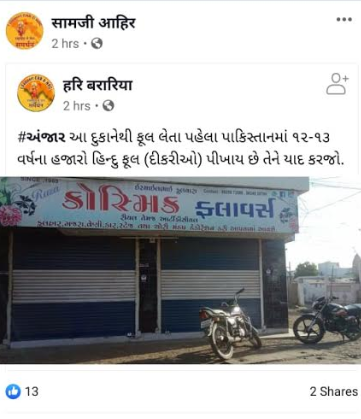 “These messages contained lists of prominent Muslim shops, mainly eating joints and juice bars, with an appeal to boycott them,” the sources added.

The messages while listing a number of shops carried the messages that since these shops were closed against CAA, NRC and NPR, it needed to be ensured that they remain closed forever.

The call for the economic boycott of Muslims takes a new dimension in Kutch. It needs to be pointed out that hate propaganda has been on for quite some time in the region, increasing over the last few months. 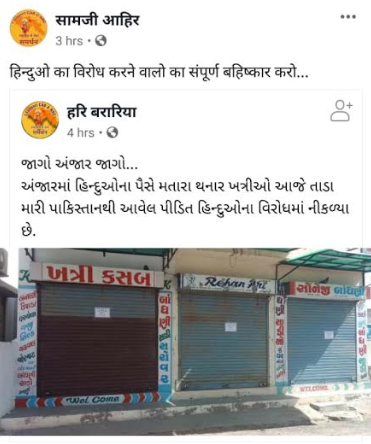 “Last year the Hindutva groups organized trident distribution programmes in the villages. We had approached the Governor of the state with an appeal to check this but the exercise continued. Apart from this there is a sudden upswing in organizing of Ram Kathas and other religious programmes at hyper local level in rural Kutch where the religious discourse is subtly laced with hate propaganda. This has been happening in the villages of far remote Abdasa and Nakhatrana talukas as well as other parts of the district like Anjar along with various other parts of North Gujarat. The sudden up scaling of such programmes can also be attributed to the local body polls approaching in Kutch district besides it being a part of a larger game plan,” senior Minority Co-ordination Committee (Gujarat) functionary Mujahid Nafees said. He explained that it is very difficult to keep track of the hate programmes being carried out in the district because Kutch is sparsely populated and widely spread.

Local sources pointed out that Kutch was spared the violence of 2002 because the district was still reeling under the impact of the 2001 earthquake.

Over the last few days, there has been a multifold increase in messages being circulated on social media applications calling for not to make purchases from Muslim owned shops and various reasons are being giver for this. 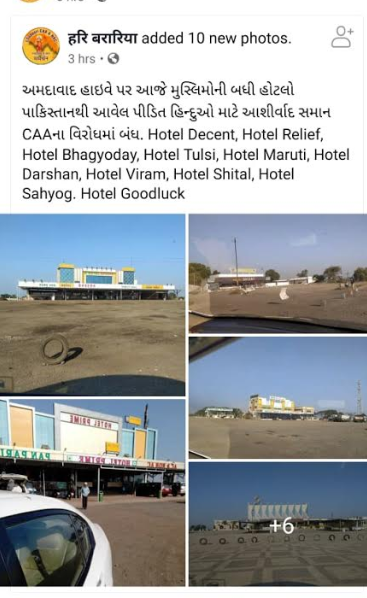 There is a message that reads while listing Muslim shops of flowers and footwear, “Before making purchases from these shops please think about the plight of Hindu women being persecuted in Pakistan.”

Another one reads, “Before you purchase flowers from these shops, think about the 12-13 year old Hindu flowers (daughters) being crushed in Pakistan.”

There is yet another that calls for the people of Anjar to wake up and see how Muslims close their shops to oppose persecuted Hindus of Pakistan.

There is an interesting audio message in circulation that is being attributed to a woman Congress politician Mansiben Sanghvi from the Jain community where she is politely but firmly lambasting a BJP leader from her own community for circulating a hate message calling for economic boycott of Muslims. 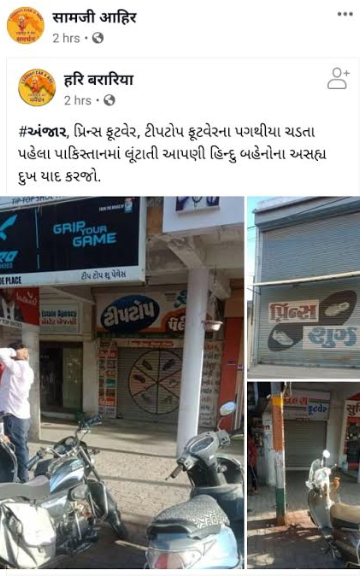 She can be heard saying, “Please do not resort to such politics. We have played and grown up with these people. We belong to a community that does not even allow killing the tiniest of insects. These people (Muslims) are buried in the land of this country. That is the level to which they are attached to this country.” The man can be heard sheepishly agreeing to whatever she is saying. She is heard firmly conveying that dissent is a democratic right of the people. The man can be heard agreeing and saying, “They are our brothers.”

She is further heard asking, “Can we put up boards outside our shops that we would not sell our products to Muslims?”

Meanwhile Shamshad Pathan of Alpsankhyak Adhikar Manch said, “We are taking up this issue in our Mohalla meetings on CAA, NRC and NPR where we are telling the people that the divisive moves of the government would not spare anyone. Being a lawyer I can tell you that it would not be easy for any of the Hindus left out in NRC or NPR to get citizenship under CAA as is being said by the government. Submitting details on how they came to India, which route they took, how and where they were persecuted, filing affidavits would be a very tedious exercise. And just one false information would make them liable for facing a criminal case.”

He further added, “We as citizens have all to unite and realise how the government is trying to take everybody for a ride.” 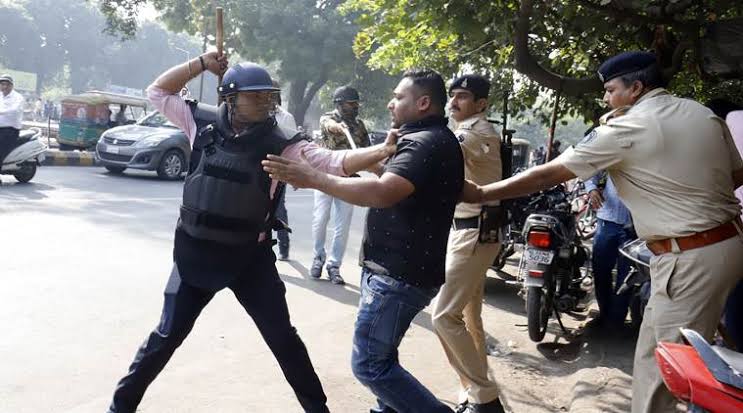