'We have a nursery and sell saplings on the street, but JCB tractors came and destroyed it'

NEW DELHI: The Aam Aadmi Party government usually underscores its policies in health, education and essential services like electricity and water, but this time AAP’s manifesto focuses on alleviating air and water pollution as well.

Chief minister Kejriwal told the media recently that “A lot of sewer water and industrial waste flows in the Yamuna. We have identified all of it. I can say this with complete confidence: that within the next five years, the Yamuna would be clean. Before the next elections, you all would be able to take bath in Yamuna, and I will take a dip along with you then. We will clean Yamuna to that level.”

But cleaning the Yamuna won’t be easy as there are many stakeholders in between, especially those who live right next to it. Here in Gyaspur Colony, they are already living in miserable conditions, without basic facilities. Any policy step vis-a-vis the Yamuna will likely affect them the most.

“We don’t have a permanent house. Life here is very uncertain; we don’t know what we will encounter the very next second.

“We have a nursery and sell saplings on the street, but JCB tractors came and destroyed it completely. They do this without prior notice. We would make the necessary arrangements if they started informing us in advance, but they don’t.

“We have small kids who go to school, it is difficult for us to pay their fees and earn a living in such conditions,” says Usha.

Meena, who sells peanuts and candies near the river, says people here face a sustenance crisis no matter how hot or cold the weather is. “It gets worse in the rainy season as water comes inside our houses, along snakes, crabs and a lot of diseases.”

Just two days before my visit to Gyaspur Colony the DDA had vandalised their homes, residents said, forcing them to sleep without shelter for three successive nights in the biting cold.

“We pleaded them to give us more time, so they exempted us till April so we could wrap up with our children’s final exams. They said we have to leave this place as the land belongs to the government, but we have been living here for 30 years. There are around 20,000 people living here. We have our voter cards from this address, that is, Gyaspur Colony. We vote for our government,” says Babita.

Essentially, these citizens have been rendered homeless. According to Raju, a mechanic, “We have asked them to relocate us if they want us to move from here. We only heard from somewhere that there is an application form to apply for government quarters, but nobody ever told us what the exact procedure is.”

He adds that they are willing to work for the government as well, if they employ them to clean the Yamuna and plant trees. “But nothing is concrete or transparent from the other end.”

Media reports also quote a senior and unnamed AAP leader saying that “Providing clean water 24x7 through taps will be included as a manifesto promise. It would also have expansion of the project where people will get drinking water directly from taps day and night.”

Laxmi, however, says they have never tasted clean drinking water. “We don’t have clean drinking water, nor electricity. We got food and water at subsidised rates when the Yamuna rose up to the danger mark, but that was only for a while. Our children fall ill from the contaminated water, and we can’t afford to buy drinking water every day.”

Astonishingly, there isn’t a single doctor’s clinic in Gyaspur Colony. If their children fall ill at night, they must wait till morning to take them to them to a doctor. Once when Laxmi’s son was down with high fever the only resort she had that night was to cool him with a wet cloth. She took him to the clinic in Sarai Kale Khan next morning where he was diagnosed.

She adds, “I am aware that around 700 mohalla (neighbourhood) clinics have been set up by the government. But I haven’t seen even one nearby.”

The people of Gysapur Colony will be major sufferers if any step is taken with respect to the Yamuna. Tellingly, they have ever seen the face of the authorities who claim to resettle or rehabilitate them.

The parties in contention have made multiple promises in their manifestos, what remains to be seen is whether they can carry them out. The real task is to work on their proposals without disturbing the lives and livelihoods of ordinary people. 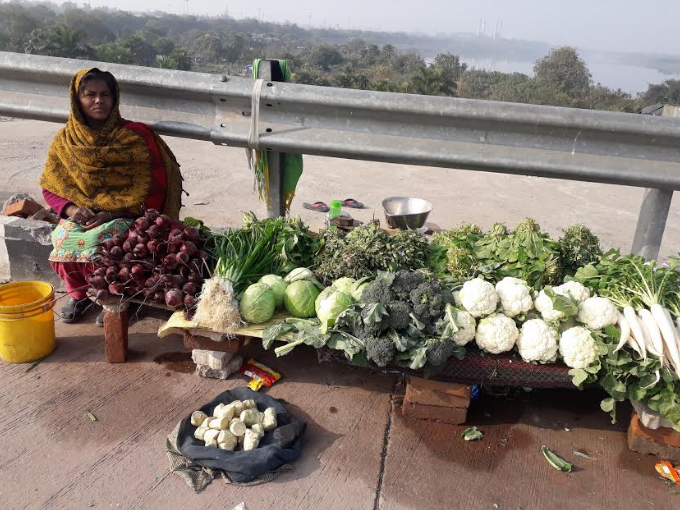 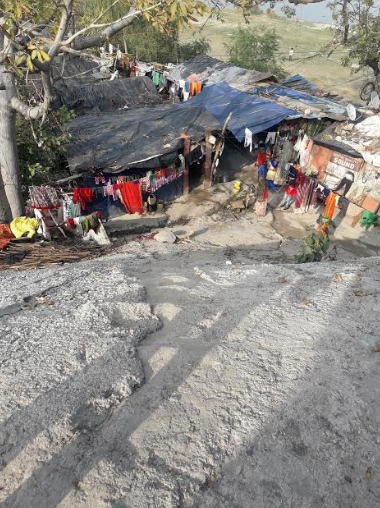