NEW DELHI: A large Sikh jatha arrived at Shaheen Bagh amidst heartwarming scenes as women embraced each other, and men joined in giving the 500 farmers from Punjab a rousing welcome. The buses of the delegation were stopped by the Delhi police and made to spend the night at Gurudwara Balasaheb.

Slogans of Inquilab Zindabad rent the air as the jatha arrived to spend the long days and nights with the protestors with the farmers maintaining that they had come to “protect our sisters.” The Shaheen Bagh protest has been under fire in the count down to the Delhi Assembly elections, with the Bharatiya Janata Party top leadership revving up the attack. Union Home Minister Amit Shah had asked voters to press the voting machine button so hard that the protestors at Shaheen Bagh could feel the current. Prime Minister Narendra Modi spoke of the politics of road block with reference to the women protestors here. Minister Giriraj Singh has claimed that Shaheen Bagh was training squads of suicide bombers.

The Sikh jatha follows an early delegation that set up a langar and fed the protestors at the site for three days. The farmers said that more jathas of 300-500 Sikhs will follow. “We will not allow our sisters to be alone,” they were all agreed. 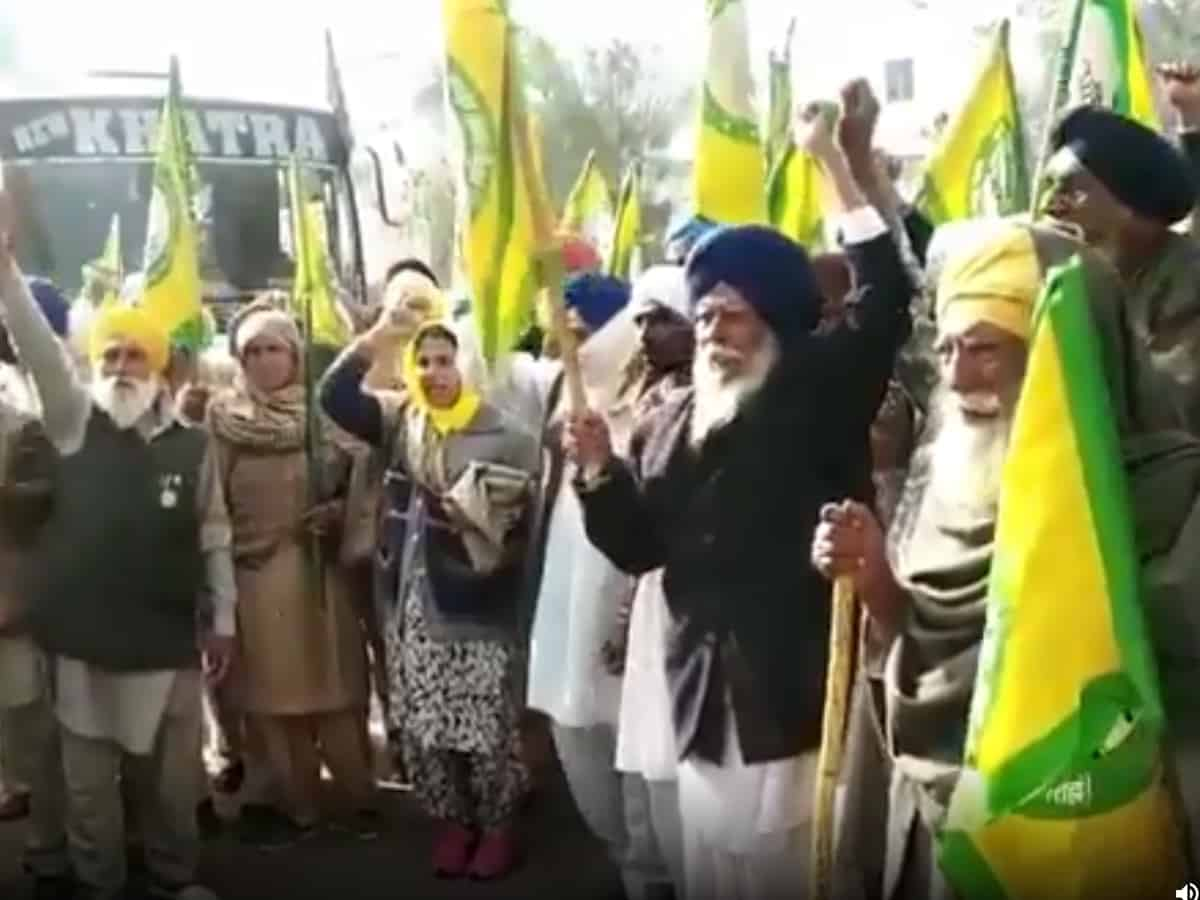 kissed by the women at the site stating “we are overjoyed to welcome our sisters and brothers from Punjab amongst us! Our fight for the Indian constitution grows stronger with your solidarities.” Several twitter accounts applauded the gesture stating, as did ‘Maanvi’, “it’s apparent why the Sukh farmers from Punjab are being stopped from going to Shaheen Bagh: it interveres with the “Muslim-only dissen t” narrative which is being woven around anti CAA protests in Delhi. Solidarity in protest, for a government in power, rings warning bells.”

Interestingly, there has been cascading attendance at the protest site with reputed artists like Shubhda Mudgal taking to the stage. This evening a host of artists are performing at Shaheen Bagh including Carnatic vocalist TM Krishnan, musician Lifafa, Rahul Ran and others from Aisi Taisi Democracy and others. While the core are women protestors from the locality who had come out spontaneously against the Citizenship Amendment Act, they are surrounded by persons from all religious communities and walks of life, a large number being students and youth.

The Sikh farmers largely from the villages of Moga and Bhatinda arrived in eight buses. Stopped by the police just three km from Shaheen Bagh they preferred to go to the neighbouring gurudwara, and came to the site in the morning. They will stay till the elections are over, and confide that part of the reason for making the long journey along with 40 or so of their own women, was after they heard about the threats being given to “our sisters” and the firing. The women cooked together with the jatha well equipped with blankets and warm clothes, fully prepared for a long sit in. And as one elderly farmer said with a smile, “it is good to hear our Muslim sisters shout Inquilab zindabad.” 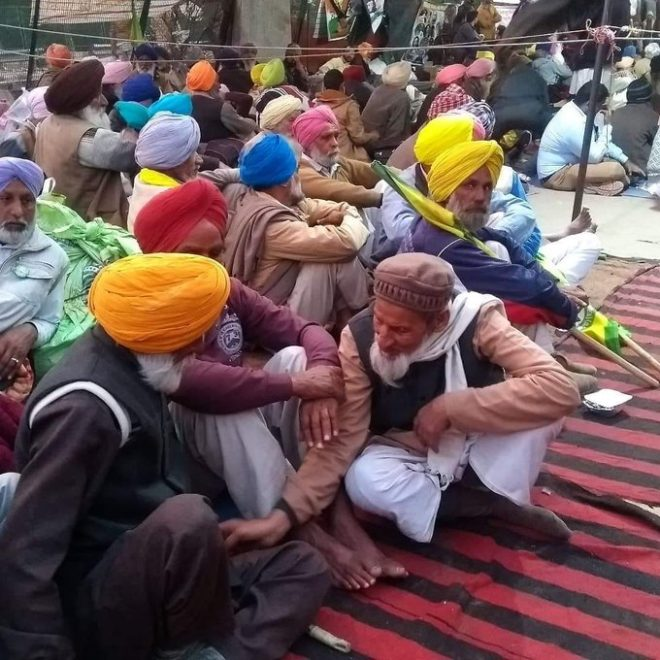