In one of the first public reactions to the riots that have continued over three consecutive days in Northeast Delhi, hundreds of citizens gathered at Jantar Mantar today. Responding to a last minute call, a grim, silent crowd collected at the designated protest site under the banner ‘Delhi Wants Peace’, urging for the violence to be discontinued.

“One of our friends, she shared that in her extended family somebody has died in these riots. She told us yesterday and we were stunned. We don’t know them directly but the very thought of it... The guy was 26 years old,” Shivangni, a student of Ambedkar University told The Citizen, visibly overcome with emotion. She added, “I am a non-Muslim. I don’t need to be a Muslim to be a part of this.”

“I am here today because people are dying,” Shivangni said, raising a placard with the words ‘I am ashamed’. “What really hit me is that they are dying because they belong to a particular community. How easy it is to kill… where has our country reached today that we don’t think twice before killing someone?” she said.

Ali Azmi, an alumni of Jamia Millia Islamia University stated that the current situation is the worst Delhi has seen in decades, adding, “The situation that has come up right now is that people are starting to hate each other.”

Azmi told The Citizen that the priority at the moment should be to “stop the hatred.” “The left is hating on the ideologies of the right and the right is hating on the ideologies of the left and no one is supposed to listen to anyone. The consequence of this is that the people are starting to hate each other. No one is willing to listen to each other. That is the main thing we need to stop, we need to stop the hatred.”

A student of Delhi University, who wished to remain anonymous, stated, “I know people who have had to shift from Northeast Delhi to Gurgaon overnight so they are away from the violence.”

“There are students from our college who cannot attend classes… Amidst all of this, we cannot go about our normal lives pretending that everything is fine,” he told The Citizen, adding that would be a betrayal to all those who had been directly affected by the violence.

“That’s why we are all here so we are able to create pressure on the government and administration to maintain peace,” he stated.

The crowd was addressed by various members of the left. Placards with the words ‘Stop Muslim Genocide’ and ‘Where are you, Kejriwal?’ could be seen dotting the protest site. Left parties were represented at the citizens’ protest today by Sitaram Yechury and D. Raja among others, general secretaries of the Communist Party of India (Marxist). No other political party was represented. 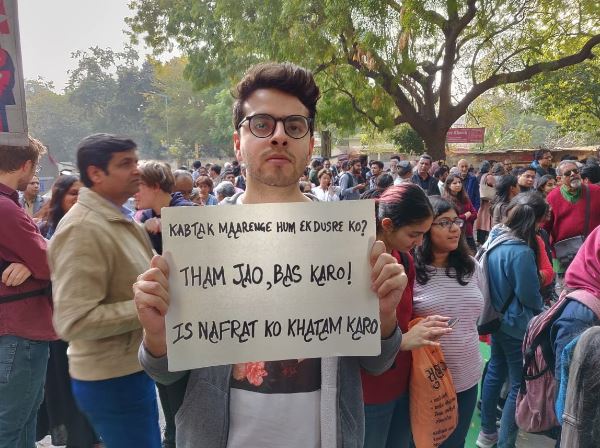 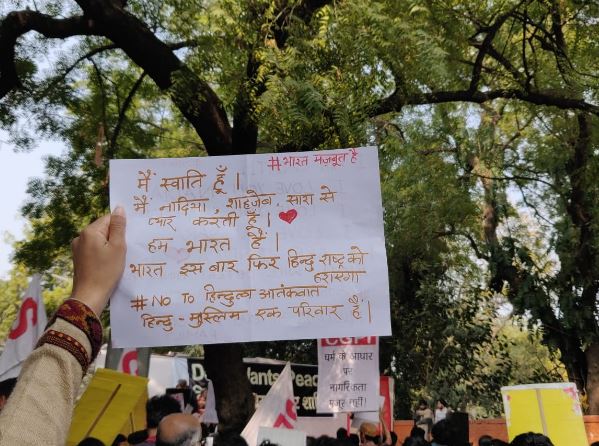 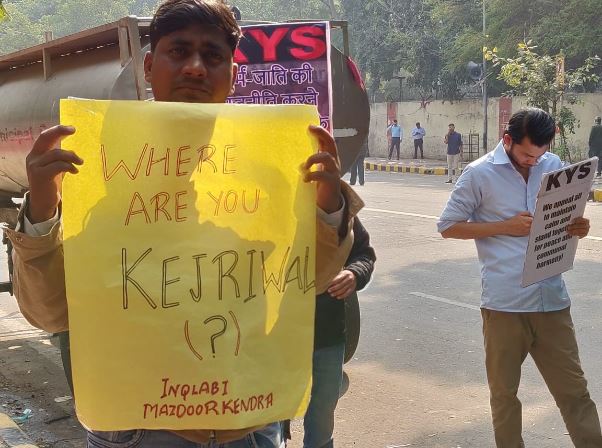 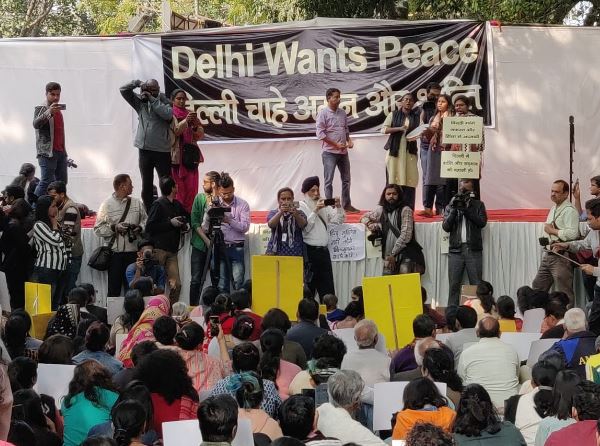 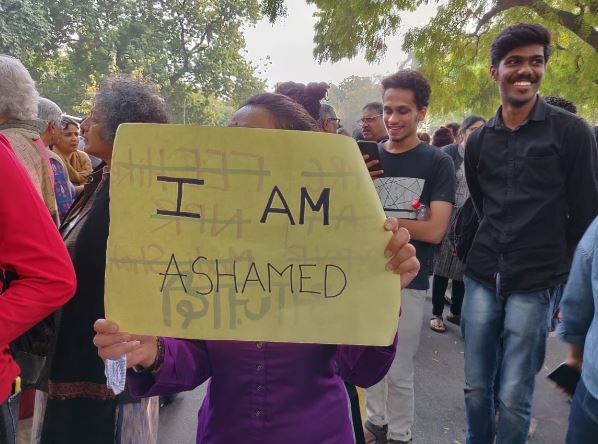 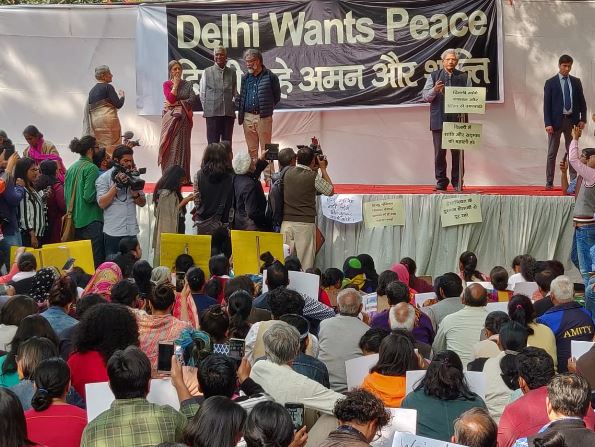 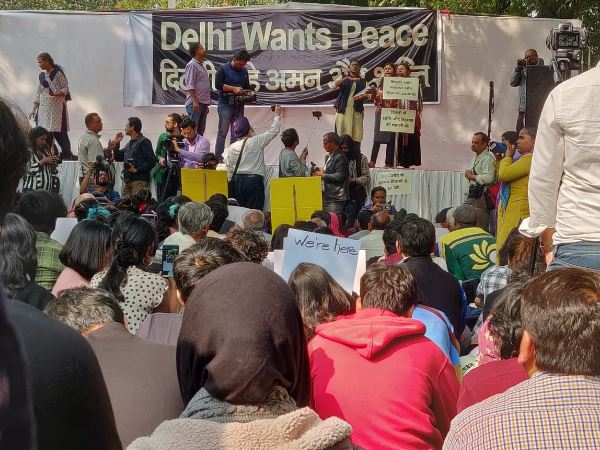 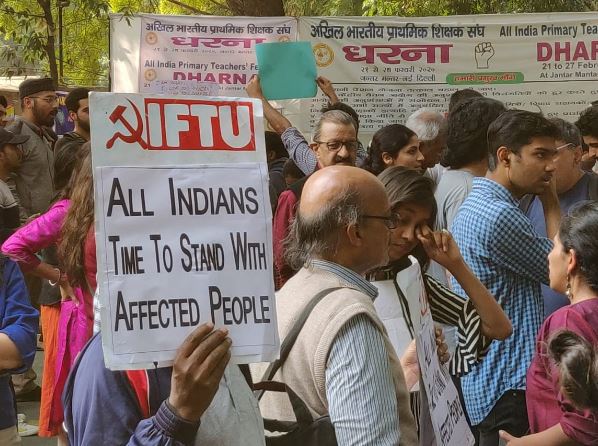 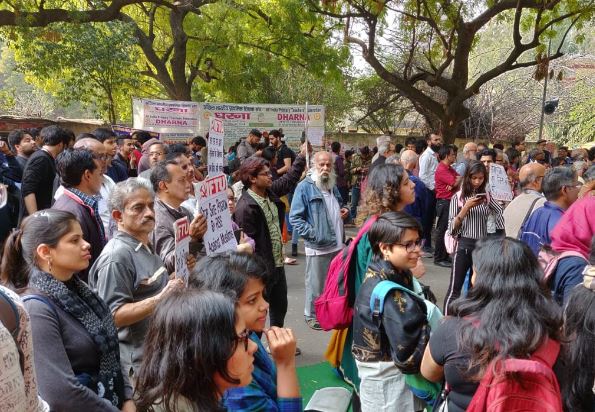