Violence Concentrated in Areas That Saw an Electoral Tussle

NEW DELHI: The targeted attacks by armed mobs that have engulfed civilians and seemingly the administration since Sunday afternoon have all been concentrated in the North East and East Delhi Lok Sabha seats.

These are the neighbourhoods, shown in the map, from which the most reports have emerged of organised violence amidst police absence, dereliction or complicity: 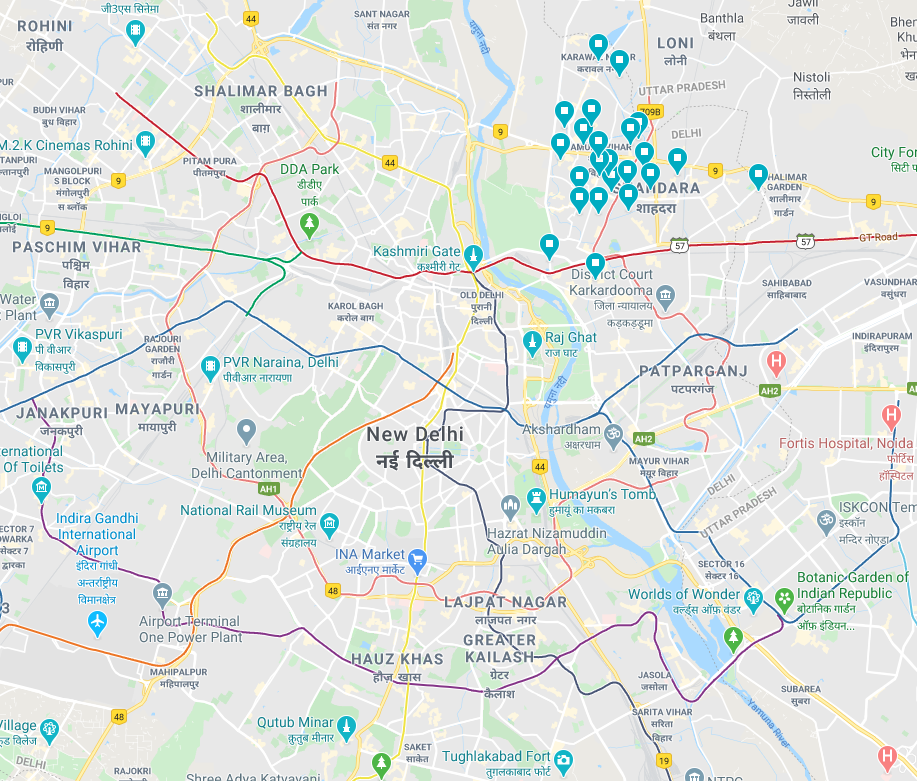 As the map shows, so far the mobs have been let loose only east of the Yamuna. These neighbourhoods are in the following seats near the UP border:

These 13 assembly seats, where the mob violence including accounts of sexual violence has been concentrated so far, also saw significant upheaval and party polarisation in the recent elections.

Karawal Nagar swung heavily towards the BJP, as party veteran Mohan Singh Bisht took back his seat by over 8,000 votes in a swing of over 50,000. Bisht had held the seat uninterrupted since 1998, until AAP challenger Kapil Mishra won it in 2015 by over 44,000 votes. Mishra is now the BJP’s Delhi president. He lost from Model Town by 11,000 votes.

Ghonda swung to the BJP by over 35,000 votes, with Ajay Mahawar earning 28,000 over AAP incumbent Shridutt Sharma, whose victory margin last time was 8,000.

Rohtas Nagar too swung heavily to the BJP, with Jitender Mahajan defeating AAP incumbent Sarita Singh by over 13,000 votes. In 2015 Singh had defeated Mahajan by 8,000.

Gandhi Nagar saw a BJP swing of 13,000 votes, with Anil Kumar Bajpai taking the seat by 6,000 votes over Naveen Chaudhary of AAP. Bajpai had won this seat on an AAP ticket last time by a similar margin.

After his win Sharma told the press, “Arvind Kejriwal is a corrupt man, he sympathises with terrorists, plays role of Pakistan Army spokesman, raises questions on Indian Army and supports tukde tukde gang. Indeed, terrorist is the appropriate term for him.”

Shahdara stayed with AAP’s Ram Niwas Goel but with his margin cut in half. Goel defeated Sanjay Goyal of the BJP by 5,000 votes compared with 11,000 last time.

Gokalpur (SC) stayed with AAP but by a 30% lower margin. Surendra Kumar picked it up by 20,000 votes over Ranjeet Singh of the BJP, compared with Fateh Singh AAP’s margin of 32,000 last time over the same opponent.

In Babarpur Gopal Rai of AAP won by 35,000 votes, about the same margin as last time and over the same opponent, the BJP’s Naresh Gaur.

It was here that union home minister Amit Shah reportedly addressed an election rally saying, “Why do Kejriwal, Rahul and Imran Khan speak in the same language? What is the relation between them? I am not able to understand this. Can the country be safe in their hands?” Shah went on to say, “Narendra Modiji changed the country. Now he wants to change Delhi. This time, press the button of the voting machine so forcefully in Babarpur that the current is felt in Shaheen Bagh.”

Seemapuri (SC) too returned the AAP incumbent Rajendra Pal Gautam with a 15% higher margin of 56,000 votes. In second place was not the BJP, as in 2015, but Sant Lal from the Lok Jan Shakti Party of Ramvilas Paswan.

Only Mustafabad swung from the BJP to AAP. In 2015 the BJP’s Jagdish Pradhan had taken it by 6,000 votes over Hasan Ahmed of the Congress. This time Pradhan lost to AAP’s Haji Yunus by over 20,000 votes, and the BJP replaced the Congress as runner-up.

Finally, the belt of seats surrounding, on the Delhi side, the 13 constituencies where the mobs have had freedom. This ring of 8 seats has reported relatively less violence so far. It also witnessed less upheaval in the recent elections: all eight seats stayed with AAP, with six giving it higher margins than last time.

Burari stayed with AAP’s Sanjeev Jha, who returned with a substantially higher margin of 88,000 votes to defeat the only other non-BJP runner-up – Shailendra Kumar of Nitish Kumar’s Janata Dal (United). Jha had 68,000 votes last time over the BJP’s Gopal Jha.

In Kondli (SC) too a new AAP candidate saw a shrunken margin. Kuldeep Kumar defeated Raj Kumar BJP by 18,000 votes, compared with a margin of 25,000 last time for Manoj Kumar AAP over the BJP’s Hukam Singh.

At a rally in Kondli Amit Shah had repeated his “current” request, reportedly saying that the Congress and AAP were opposing the BJP on the CAA, Ram temple and Article 370 for fear of their “vote bank”. “Are you their vote bank?” “No!” “Who is their vote bank?” “Shaheen Bagh!”

As we reported, a number of these seats were also the focus of UP chief minister Yogi Adityanath’s Delhi campaign. He reportedly addressed rallies covering 14 assembly seats, including these in East and North East:

Deputy CM Sisodia tweeted on Tuesday in Hindi, “It seems monsters have entered into our city. This is not our Delhi’s ordinary populace. Whatever religion, caste, region these people are from they should immediately be apprehended. They should be harshly punished. Whatever the result.”

But they are not all outsiders. As the Indian Express reported yesterday from Maujpur Chowk:

“About 100 metres away, in full view of the police, they flung one (petrol bomb) into a two storey home on the Kabeer Nagar side. A wind blew, and the fire blew out. Another was flung. As they chanted slogans, they identified the homes as they walked.

“‘Ye musulman ka ghar hai,’ they said. Asked how they knew, one man responded, “We are all from here. You can see the shop shutters down. Some are businessmen, some have not gone to office today. Ab toh aar ya paar ki ladai hai.’” 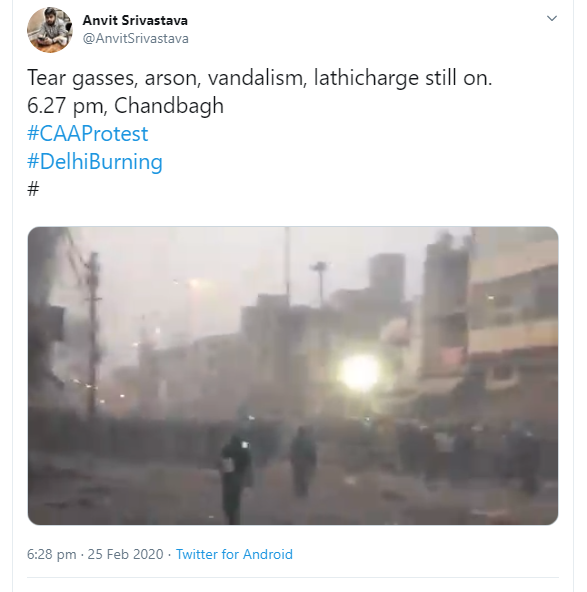 Damage after the first night in Bhajanpura and Yamuna Vihar 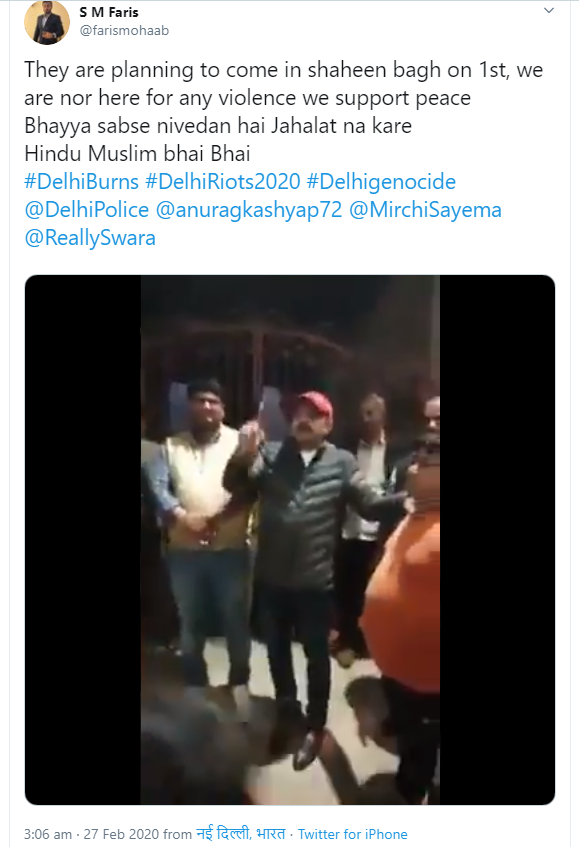 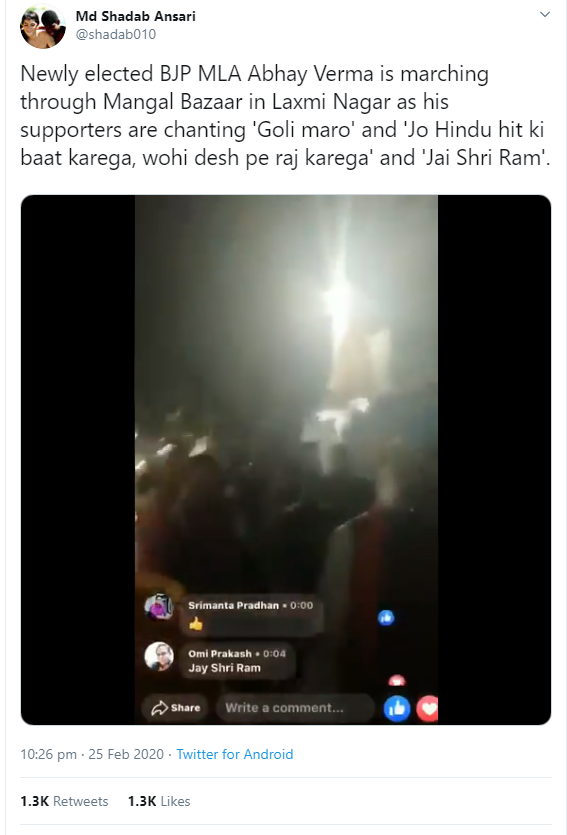 “Carry on the struggle Modi, we are with you”

“I want the Lieutenant Governor of Delhi Anil Baijal to impose curfew as soon as possible,” the Minorities Commission chairman said on Tuesday 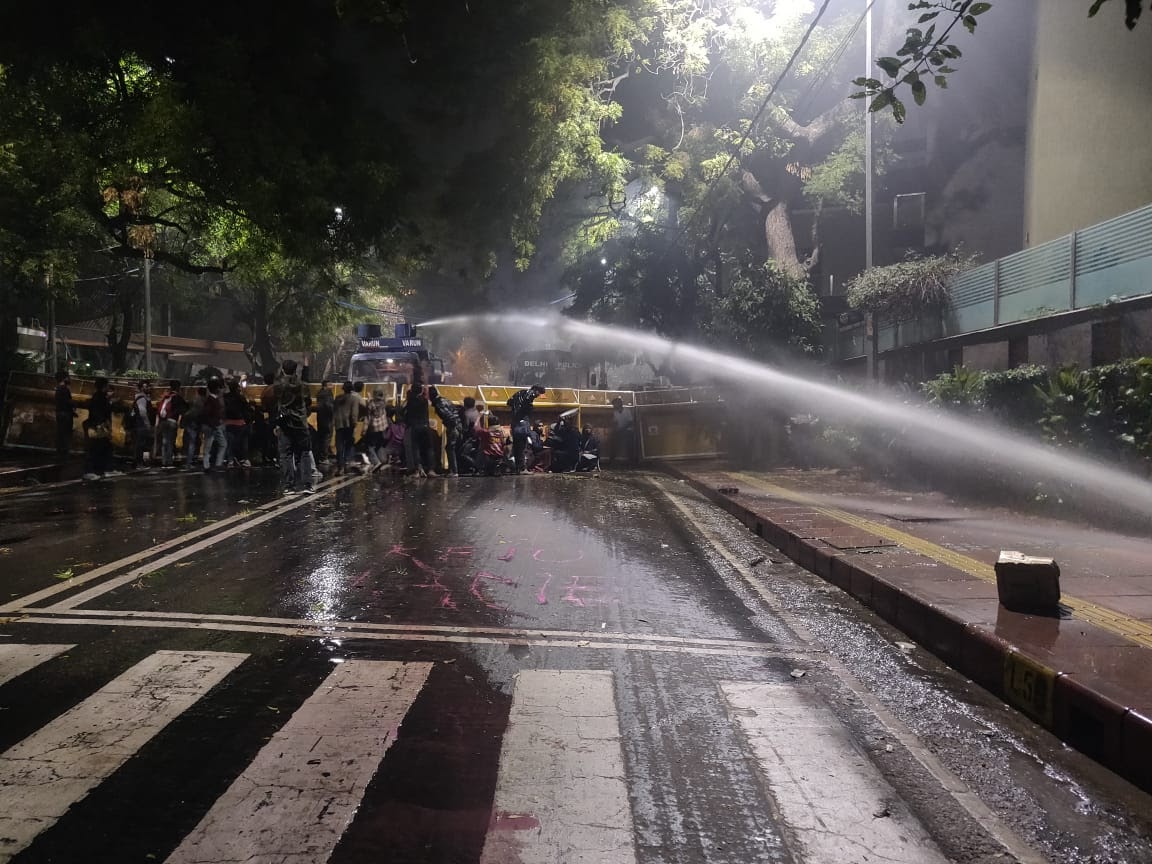 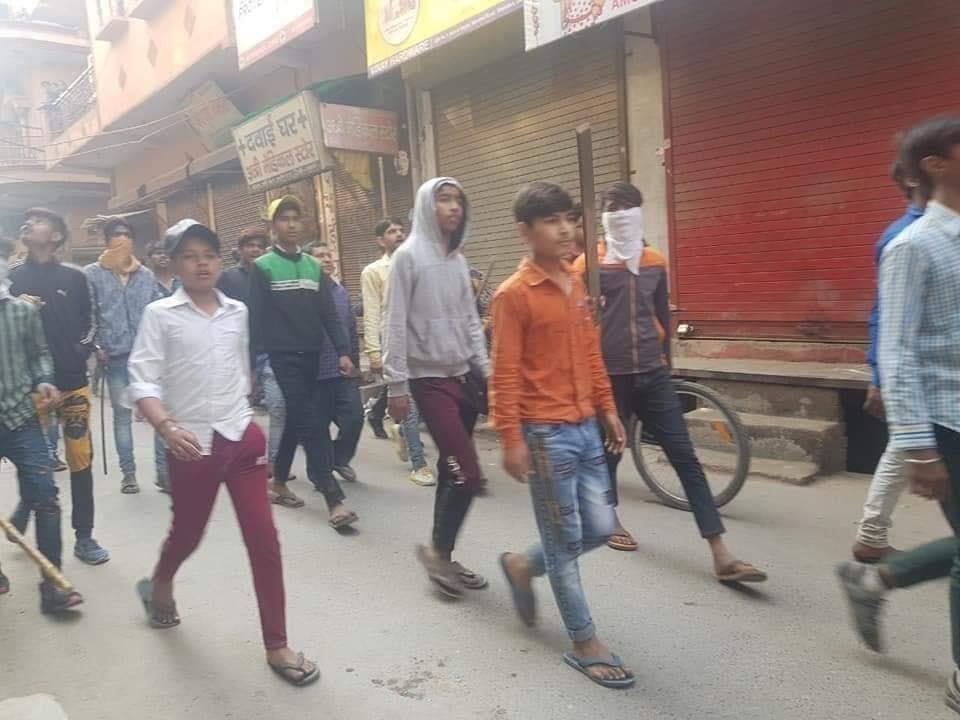 (The Citizen could not independently verify the authenticity of these visuals.) 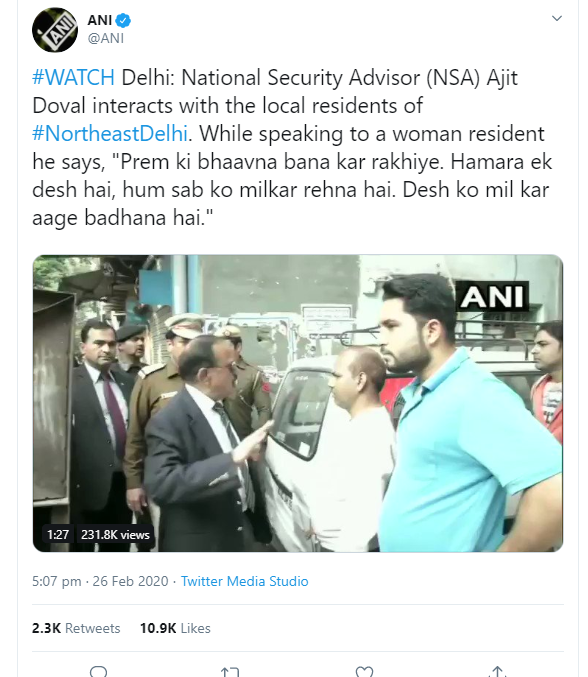