Nights of Terror in Shiv Vihar, as Residents Stay Awake to Protect Their Homes

Another night of never ending terror in the capital of India. Shiv Vihar, one of the worst-affected areas in the violence that overtook north-east Delhi is still tense and scattered even after five days since the first attacks took place.

Signs of normalcy are hard to find. One can only sense the fear amongst the residents as paramilitary forces now man every chowk and corner of the bylanes. Everyone you speak to says, “Mahol bhut kharab hai, log dare hue hai (The situation is worse and people are scared)”.

Since the past five days and nights the residents of east Kamla Vihar and Shiv Vihar gather in groups to stay awake to guard their respective localities. Staying awake at night in particular is necessary, they say, as matters can worsen at any point. “Expecially in the wee hours of the morning, 2-4 am being particularly sensitive, the most delicate hours,” we are told.

Friday prayers on February 28, took place in the middle of terror and tension. Most of the Muslim families have moved out, only men have stayed back to take care of the houses, shops and the mosque. 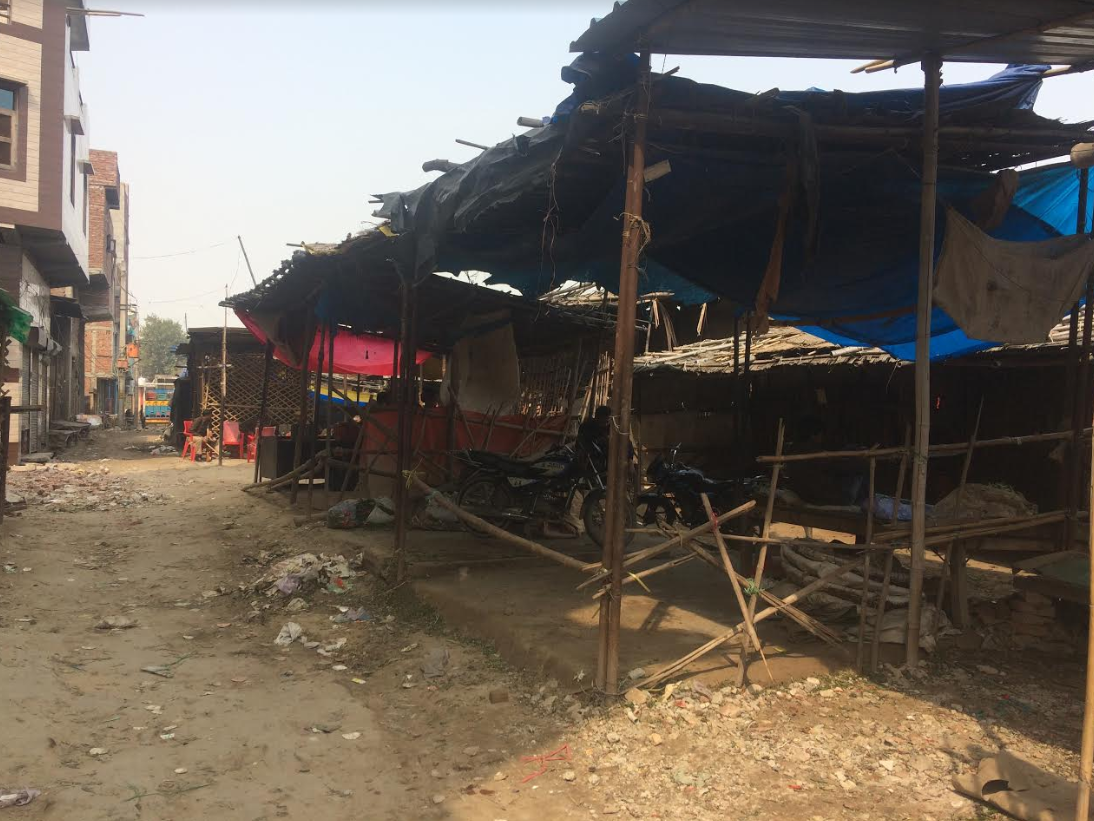 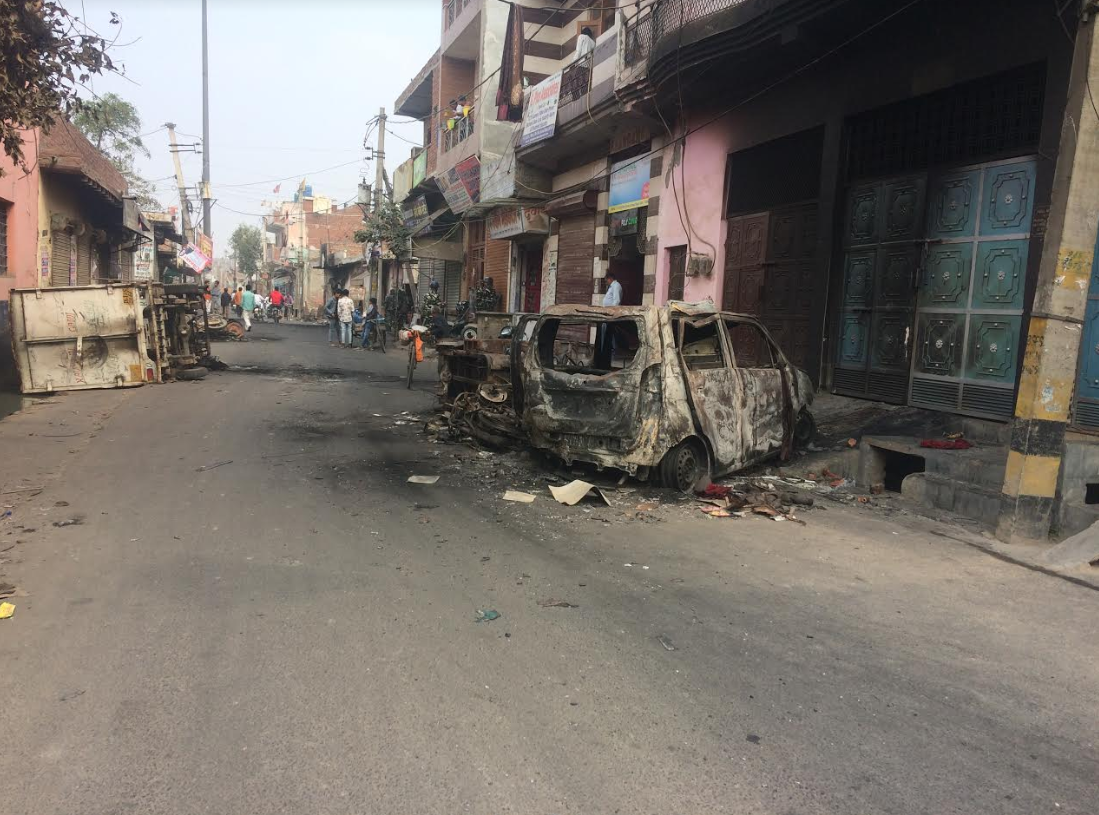 “They have already tried to attack the masjid twice sometimes they come during the day too. So it is necessary for us to be vigilant and guard the mosque and our homes at night”, Raheem (name changed on request) says.

According to the locals, the mob knowingly targeted the Muslims, with specific shops and houses of the community gutted. “You go to the main road and you will see burnt houses and shops of Muslims only. Even though many go on about Citizenship Amendment Act protests, but we have not had any protest or march in our area. I do not know who was in the mob and where they came from,” Raheem adds.

On the main road, the torched shops, charred vehicles and houses narrate the terror that took over the entire area. Locals say that the mobs appeared suddenly, thrashing, beating, killing, destroying any and every thing that came in their path. 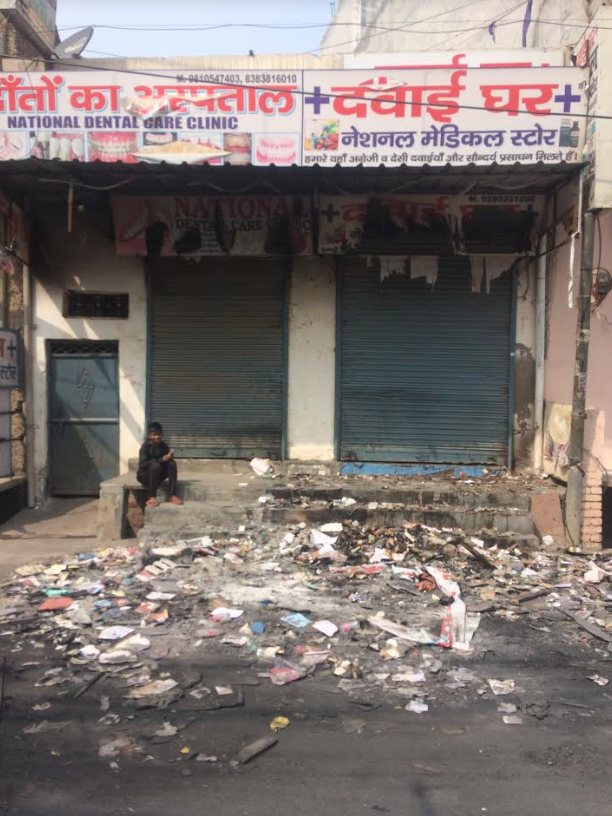 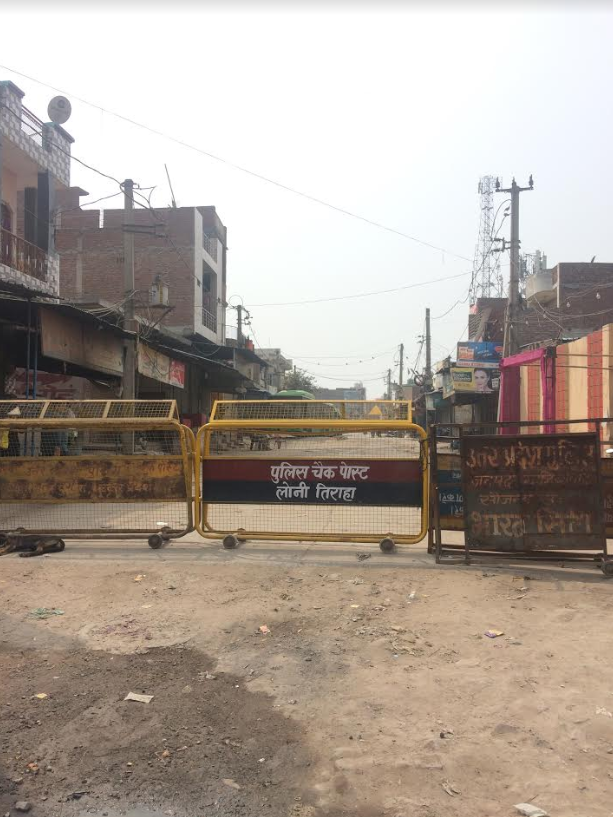 Nasir, another resident of the area, recalls, “they (mob) were in huge numbers and we (referring Muslim strength) were very few in comparison. We have been living together for years in this area, we did not want any problems but then we realised they were not going to spare anyone. So I somehow rushed the women and children to another place.”

As of February, 28, Delhi riots have taken more than 42 lives and left more than 300 people injured. Shiv Vihar has seen the worst of the riots as two of the schools - Rajdhani Public School and DPR School - in this area have been set on fire by the mobs. “The mobs set the school on fire while students were inside. The children started shouting and screaming as the fire started spreading. In the school you can’t identify who is Muslim and who is Hindu. Saving the school was very difficult but with the help of the police we rescued the children,” Nasir recalls.

Farhan Ahmed, a class 12 student, who lives in the neighbouring east Kamal Vihar colony, narrates a similar story. He rushed to bring his relatives from Shiv Vihar to his house. “Right now I have 14 people at my house. They will go back once the situation gets better. Now we stay awake at night to keep ourselves safe and remain vigilant,” he says.

Locals also believe that this was not a mere clash between two communities but instead a one-sided, planned attack on the minorities here. 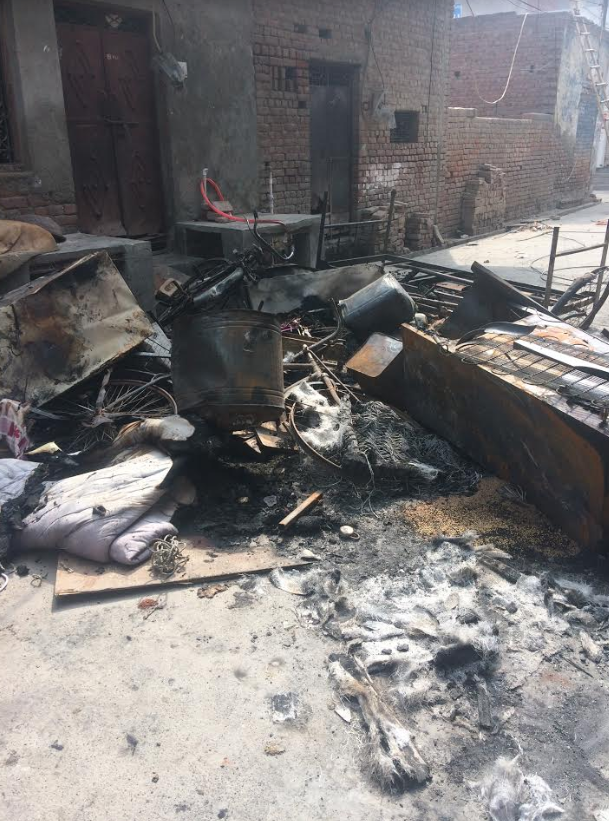 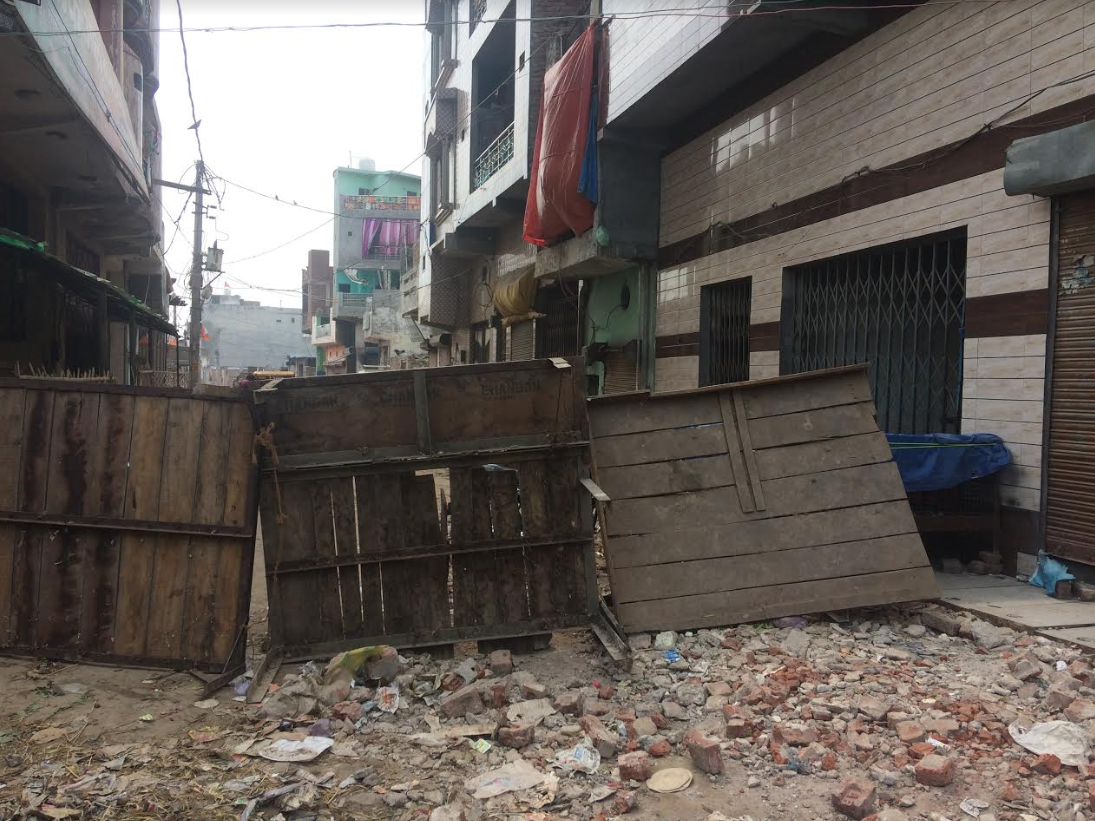 The role of the Delhi police invites strong censure. Locals say that the “Delhi police arrived very late and also didn’t do much”.

“People have lost their faith in Delhi police because they did not take the strong actions at first,” saysone of the residents. He did not wish to be named like most residents in this fear-filled colony.

Describing the mob, many told us that “most of them were very young, between 17 to 25 years.” They did not recognise the persons in the mob.

Even five days later, though it was the day, very few people could be seen in what was always a crowded, dense area. “Madam, it is the fifth day that is why you can spot some people, otherwise the atmosphere was so tense that the locality was completely deserted,” the locals say. 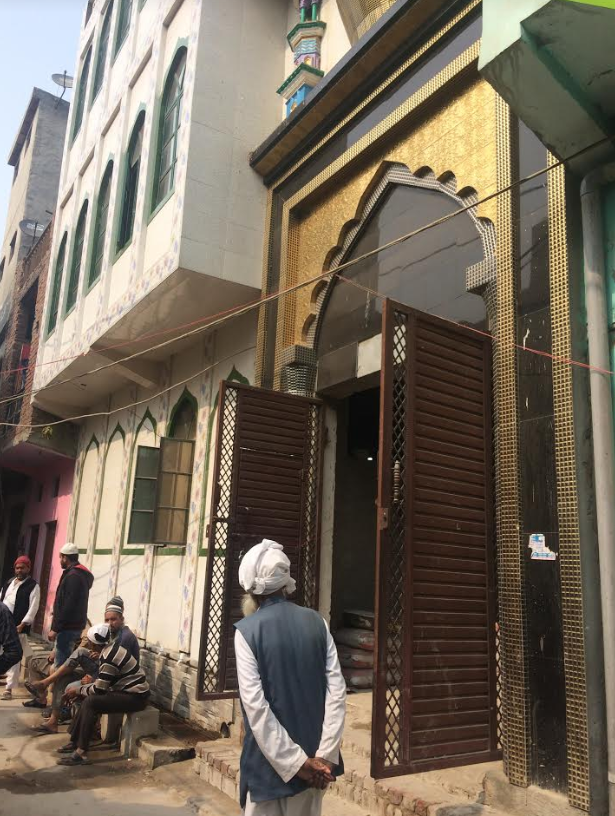 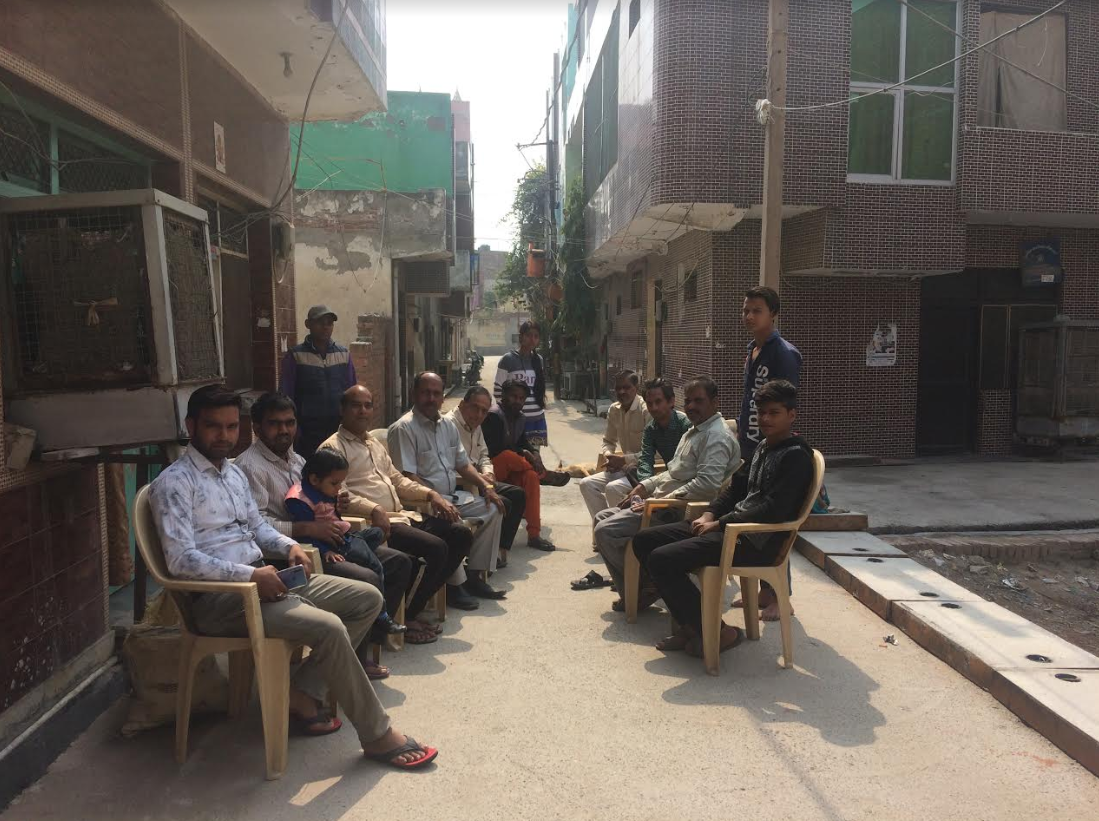 “People are very sacred till now. I haven’t seen violence of this scale after 1984 anti-Sikh Riots. Since Sunday all men from nearby colonies stay awake at night to guard the mandi and houses,” says Guptaji.

Referring to the nature of the attacking mobs, he also is clear that “all of them were very young, mostly teens.”

Another shopkeeper in Shiv Vihar area, Rajkumar who runs a grocery shop says that all young and old men have become the watchmen for the colonies. “I stay awake at night and all the men and young boys alternatively sit at every nukkad (corners) of the lanes to save the houses and shops,” Rajkumar says.

The same story from residents of gali no 1 in east Kamal Vihar area. All men here too said they stay awake the entire night, and have reinforced themselves with mirchi powder, and using electric current devices to secure their main doors, as they wait for the next attack.

“We all sit together at night and keep shouting at intervals so that the people inside their homes can hear us, feel secure, and sleep in peace. Sometimes people from the next gali also join us and vice-versa. It is now our duty to protect our houses and families,”Anant Prakash Rana, resident of gali no 1, east Kamal Nagar tells us.