NEW DELHI: In Patuli, a township of Kolkata, a door-to-door movement against the CAA-NRC-NPR is underway. A group going by the name ‘Humans of Patuli’ has been knocking on doors in the neighbourhood to explain to residents the “devastating” effects of the Citizenship (Amendment) Act, the National Population Register, and the National Register of Citizens.

The community of social activists have reportedly covered 600 homes since they first began, attempting to understand the residents’ perspectives, battling “misinformation” by engaging in dialogue, distributing leaflets in Bengali, Hindi and English, and keeping a folder of all official documents on hand for reference. The group claims a positive response from the neighbourhoods overall.

“The response is very good and after we started this campaign near Patuli, another door-to-door campaign has also been started by one of our close acquaintances in Santoshpur,” Sabyasachi Mukherjee, a social activist and member of Humans of Patuli told The Citizen. “This type of door to door campaign is also spreading throughout,” he said. 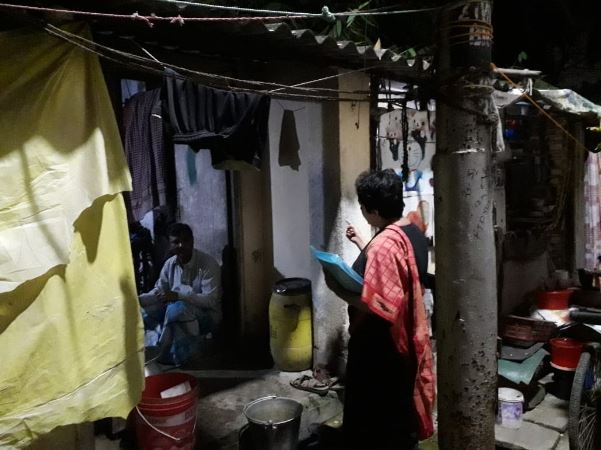 The group has been urging others to begin such campaigns in their neighbourhoods as well. “What we are saying is that there is no need for any political party or any leader. Just make a people’s committee in your locality and go to the people, tell them, and give them the real data and information,” said Mukherjee, adding that our times are replete with disinformation which is spreading through the country like wildfire.

The group’s members have been providing their contact information to all residents, in case they have any questions or want documents to prove the veracity of what the campaigners are saying.

“In fact we told people, if you need anything, any government documents or any information about the CAA-NRC-NPR, we are ready to help you. We will give everything to you. But go to the people and tell the people what you understand about the problems of the CAA and NRC,” Mukherjee said. 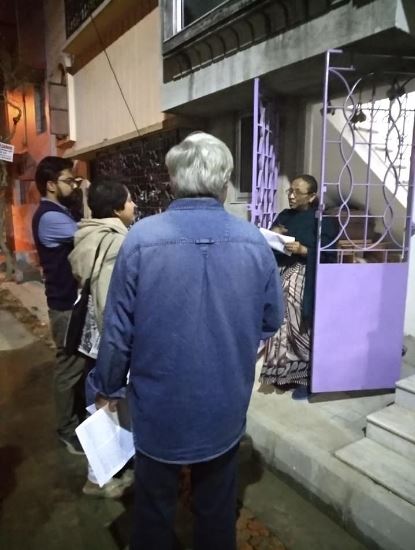 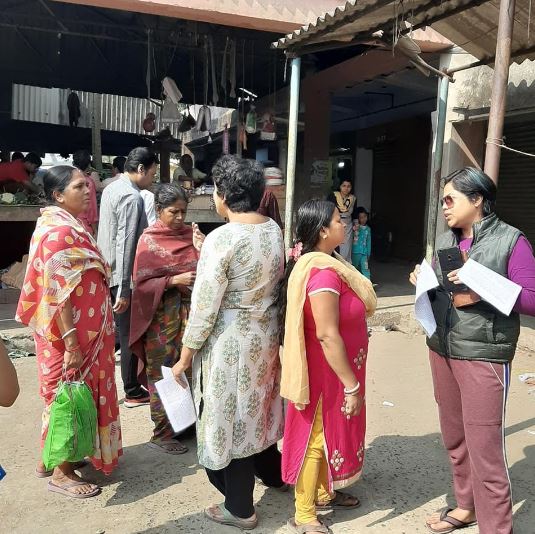 Humans of Patuli began as a community initiative to “forge bonds” with the people of the neighbourhood, to get to know one’s neighbours and collectively tackle the problems faced by members of the community. The seeds for the door-to-door campaign were sown about two months ago, Mukherjee said, as large anti-CAA demonstrations were breaking out across the country.

Around ten social activists came together in the aftermath of the protests, including Kasturi Basu, an independent filmmaker and activist, to hold an internal meeting. The first public meeting was held on February 3, following which the door-to-door campaign began. The team of ten has now grown to include almost 50 volunteers who joined the campaign at different stages.

According to Mukherjee the activists’ door-to-door visits have revealed that over 90% of people in Patuli, of whom a substantial proportion are migrants from Bangladesh, seem to be against the CAA-NPR-NRC. However, confusion pervades most homes about the nuances of each.

“They are confused about the CAA. But about NRC and NPR, 99% people completely agree that both NRC and the first step of the NRC—the NPR—must be stopped immediately,” he told The Citizen.

He estimates that supporters of the CAA, NPR and NRC amount to 2-3% of Patuli’s people. Almost all are men. “If you ask me, 99.9% of the women are completely against the CAA, NRC and NPR. As an anti-NRC activist, I am watching this very closely,” he said.

Mukherjee attributed this seeming gender divide to the government’s NRC exercise in Assam, where he says that 60-65% of those excluded from the final list were women. “Because after marriage their title changed, their place of voting changed, so they faced more problems in providing documentation,” he said. 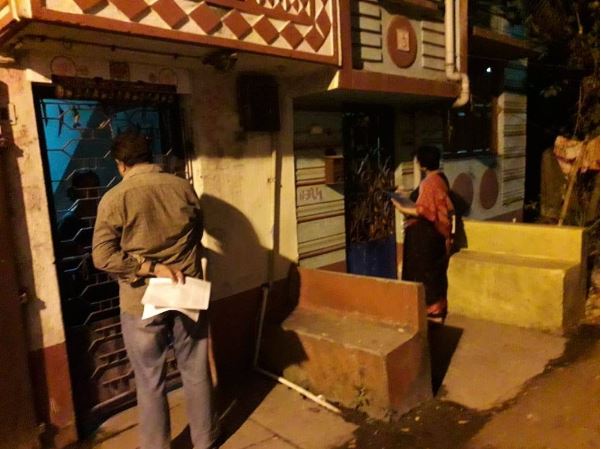 The group has worked in both the Muslim and Hindu mohallas of Patuli. According to Mukherjee, most individuals in the Muslim mohalla know about the CAA and NRC and are afraid of both. “And if you talk about the Hindu community, it’s the people who are economically marginalised that are more afraid, because they don't have the papers,” he said.

“When we knock on the door… we just say one thing: We are just people from the locality. We are not from any political party.” Following the initial conversation that attempts to gauge the resident’s understanding of the three—CAA, NPR and NRC—the dialogue then moves into focusing specifically on the putative first stage, the NPR.

“Our motto is ‘Boycott NPR’,” Mukherjee told The Citizen. “If you can stop NPR, you can stop NRC. As the first step toward the National Register of Indian Citizens (NRIC), the NPR is scheduled to be implemented across the country from April 2020.”

Mukherjee highlighted that 21 questions need to be answered on the NPR form, with a few new ones having been added this year, including those relating to one’s parents’ dates and places of birth, and their mother tongues. 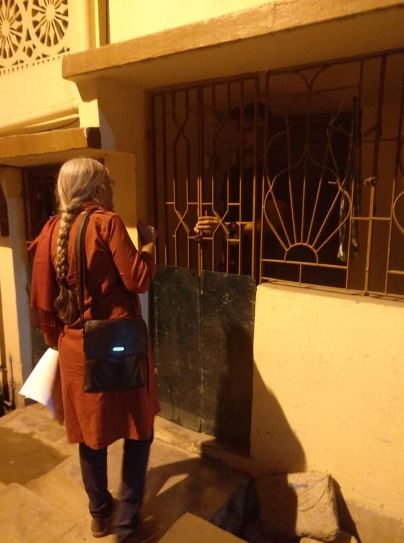 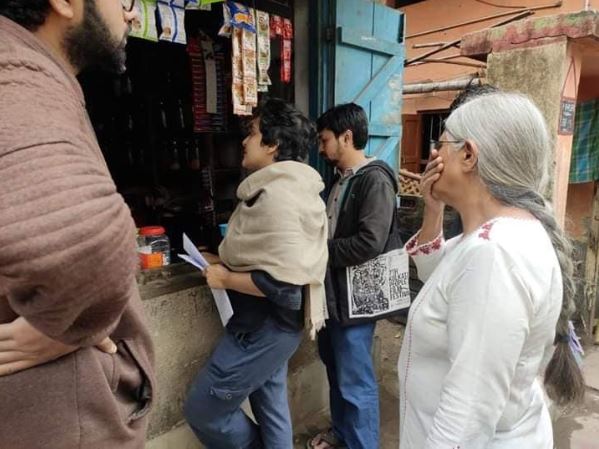 “Most people basically don't know where their parents were born or their exact date of birth, because at that time there was no system of birth certificates.” Mukherjee says he filed an RTI with the Union Ministry of Home Affairs earlier this year, asking two questions: Is the NPR the first step to the NRC? Will the data collected through the NPR in 2020 be used to formulate the NRC?

“The home ministry referred me to Section 14A of the Citizenship Act 1955, which gives the provision to make an NRC, and the Citizenship Rules of 2003,” he recalled. “But there are no such criteria written in the rules, that if you can answer this question but not that one, you are doubtful. That is completely on the whim of the government official.”

Mukherjee was adamant in stating that one cannot “depend on the whim of any government official”, as personal or institutionalised biases might result in individuals being categorised as “doubtful”. 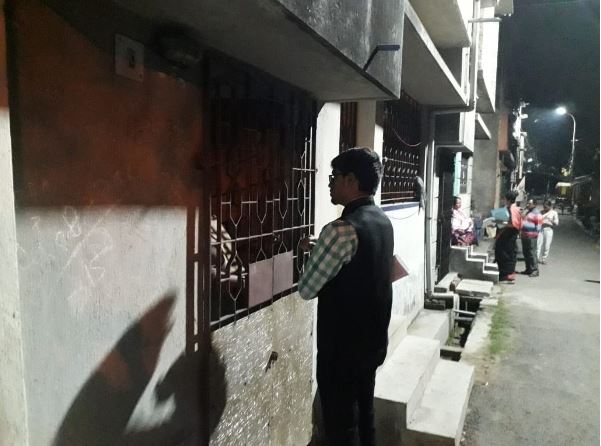 “Some people also ask us: Is it not good to give refugees citizenship?” While the group supports giving refugees citizenship, Mukherjee explained, various problems can arise with the concerned individual having to prove that they hail from either Bangladesh, Pakistan or Afghanistan, and also provide evidence that they are “non-Muslim and from one of those six communities”.

(As The Citizen reported, written submissions to Parliament by the Intelligence Bureau corroborate this claim, and suggest that the CAA route back into Indian citizenship for non-Muslims from these countries is not as straightforward as advertised, and would require verification from the IB and R&AW. The IB also estimates the number of CAA-eligible refugees at only about 30,000 individuals across India.)

For these activists, the refugee problem is only a red herring, and is not seriously addressed by the CAA. “As per Indian law, there is no concept of refugees. In the Indian Constitution, there is no word called ‘refugees’,” Mukherjee said. “Once an individual fails to prove all of the above, they will be deemed an illegal immigrant.”