‘I Wanted to Do My Bit to Beat This Hatred’

‘It takes guts to care’

NEW DELHI: As 29-year-old Aushim Gupta was making his way to violence-affected localities of northeast Delhi on March 6 along with some relief material for survivors and his friends, a phone call took him by surprise. Someone from his family wanted him back home immediately as the police were looking for him. There was a complaint against him at the Defence Colony police station.

On inquiring, Gupta was informed over the phone that the complaint had been registered based on an incident of February 29. Gupta panicked, and reluctantly concealed his location, saying he was at his departmental store in Dwarka and would only be able to meet the police later that evening. He continued to work along with the relief team and survivors of violence at the Eidgah relief camp in Mustafabad through that day.

But what was the young man doing on February 29? As northeast Delhi was burning and an environment of hate engulfed the city, Aushim wanted to spread messages of love and sanity. He was not ready to accept the abomination as it was and wanted to do something to cure it.

“I was deeply pained by what was happening barely kilometres from where I live in Delhi. It made me very anxious. I wanted to do my bit to beat this hatred. I am not an activist and could not imagine too many ideas on what could be done to send a message of peace and love in times of madness like this. A thought then struck my mind: to reach out to a Muslim family in Okhla, Zakir Nagar with a rose and a handwritten note that read, ‘Please forgive us for having failed to love you enough, we are yours, and you are ours – from a Hindu,’” Gupta told The Citizen.

Seeing his message of love received well by the Muslim families of Zakir Nagar, Aushim felt overwhelmed and wanted to repeat his gesture with Muslim residents of his own posh Defence Colony. He chalked out a plan to identify Muslims living there. He searched for Muslim names and addresses in Defence Colony from electoral lists. And later in the afternoon of February 29, he dropped the same notes of love and roses at all these doorsteps. Once more he chose to remain anonymous. 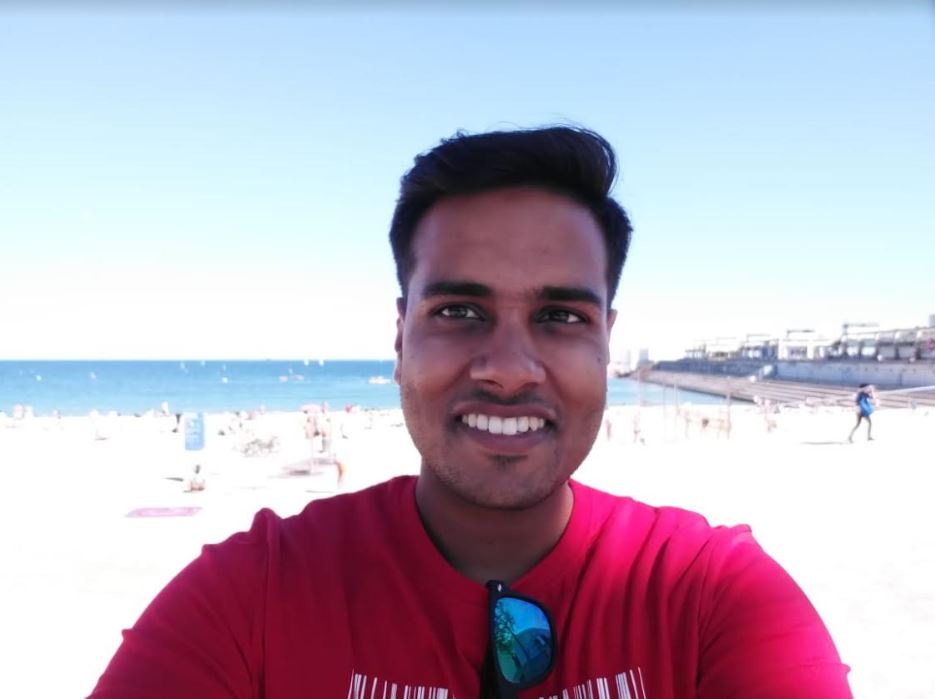 “It wouldn’t have made much sense if I had given those notes to Hindu families as a Hindu. I think this had to be vice versa. I felt the general fear among Muslims then and wanted to reach out to them with a message of warmth and love. It does not make one a lesser Hindu. And the reason to remain anonymous was a conscious decision. I did not want to be identified alone. I wanted Muslim families in the locality to possibly associate all their neighbours with this note and a rose. I did not want to be only one Hindu in the entire locality,” he said.

However, Gupta’s efforts didn’t go entirely unnoticed, and a few locals identified the young man. One of them was renowned social worker Nafisa Ali, who also happens to live in the locality. Praising the young man’s efforts, Ali wrote on her social media handle on March 4:

“Two days ago a young man in a self-driven car parked outside my home, asked if we lived here from the people around. He carried a bunch of red roses and left one at our doorstep with a handwritten note, without ringing the doorbell. I looked at our CCTV camera and found him. I can feel his compassion. I then put it on my Colony chat and asked others if anyone had also got roses as he had a bunch of roses when he walked in and out, and I wondered where he delivered all the other roses??? It has made me smile. I love my India. Since then, I found out his name and personally thank him for his unique gesture. It takes guts to care enough. I wish him a great future.”

Aushim Gupta runs a departmental store in Dwarka and is an alumnus of the Delhi Public School, RK Puram. The young man believes his only motivation to do this was his faith in humanity, and his belief that religion cannot divide people. He also asserts that he will not give in to hate and will continue to carry out these little acts of love to restore peace and humanity in our lives.

“My only motivation was to ensure that I do my little bit to restore my faith in humanism, to ensure it does not get faded away by the madness engulfing all of us. I will continue to bring these little acts of love together in the future too,” said Gupta.

Meanwhile, later in the evening of March 6, when he finally went to the Defence Colony police station he was informed the complaint against him was made by a resident who felt a little “doubtful” about his act. However, as Aushim explained his actions to the investigating officer, and their relevance, the matter with the police also seems to have come to a pause.