Flee for fear of their lives

As if the fallout of COVID19 outbreak was not enough to break their economic backbone, the Muslim Gujjar community in Punjab and Himachal Pradesh has also been facing a communal assault. Mainly into the business of cattle rearing and milk products, the community members in parts of these two states are facing an economic boycott and hate campaign that has picked up many fold following the Tablighi Jamaat congregation in Delhi.

Beginning with Punjab, several Gujjar families have had to flee their mud shelters in the villages after they received threats, were assaulted and chased away. This has been reported from Talwara and Mukerian areas of Punjab that borders Himachal Pradesh where hate propaganda is reported to be at its peak.

“We were told to get lost from the villages. Our families were abused and we were accused of spreading disease along with our animals. We were told that there have been videos circulated asking the people not to keep any contact with us and not to purchase milk from us. Is this a way to treat human beings,” said Serajuddin, one of the villagers who have been camping along Swan riverbed along with more than 50 other people from his joint family. With no roof on their heads they arrived here fearing for their lives.

“We are facing a very difficult time as we have to dump our milk produce in the nearby canals as there is no one to purchase it,” he told this reporter.

Ashok Kumar who is the Sub Divisional Magistrate of the area said, “They are staying put at the riverbed. I have ordered the police personnel of the nearby picket to ensure their safety and we are providing them with food packets and dry ration.” 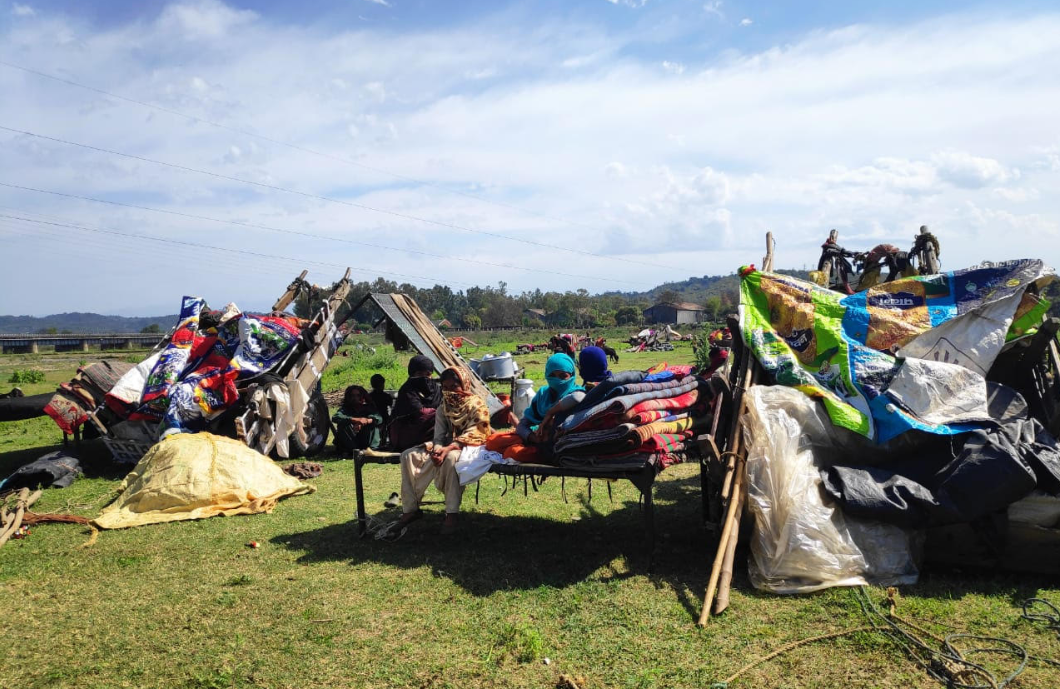 Social activist Dharminder Kumar of Hajipur Mukerian who has been working relentlessly to help the community told The Citizen, “There have been announcements made from religious shrines in the villages telling the masses that the Muslims are trying to spread Corona virus. People have been told to keep their lights on in the night and keep a stringent vigil. There was unprecedented tension on the night intervening Tuesday and Wednesday when a large number of youth came on to the road carrying sticks and other farm implements. It is disgusting to know that among those spreading hate was the principal of a government school.”

He disclosed that though the hate campaign had picked up after there were blown up reports on television after the Tablighi Jamaat episode in Delhi, the situation took a turn for the worse when one Fateh Ali was turned out of the Rajput dominated Beghpur Kamloh village with his animals. He was assaulted a few kilometers away and barely managed to save his life.

“The top level officials in the administration have been warning people against spreading hate and targeting communities but it is barely getting translated on the ground,” he added.

Haji Faquir who is a leader of the pastoralists told this reporter that the situation is no better in areas like Pathankot and Gurdaspur. “Certain traders are purchasing milk from Gujjars at as low as Rs 13 per kilogram and selling it at much higher prices. I have been getting reports of a silent economic boycott of Gujjars in Chamba in Himachal Pradesh. People in Sundla, Salooni and Banikhet say that no one is purchasing products from Gujjars and are keeping off them.” He said that the entire Muslim community is being held responsible for spread of Corona.

He said that the district administration in both Pathankot and Gurdaspur have been issuing warnings against spreading hate but once again it is not percolating down and the hate machinery continues with its drive.

“They target Muslims when anything goes wrong. The message being given is that it is the Muslims who are responsible for the spread of Corona across the globe,” he said.

Social activist Lal Hussein who works in villages on the periphery of Chamba said, “A deep communal wedge has been driven between communities in the villages. People cannot even approach the law and order enforcing agencies as the boycott is silent and no one is saying anything. The administration has been doing a good job and cases have been registered against those propagating hate on social media or otherwise but what can be done if it is a silent drive. The barter system that was very common in the villages has been destroyed. Nobody purchases products from Gujjars in the local Mandi.”

He further said, “Those ration depot holders who are delivering ration at doorstep are being told over phones not to send Muslim delivery boys.”

Besides selling milk, the Gujjars also supply cottage cheese and khoya to the local markets. Even though the demand for khoya is down since sweet shops are closed but people are still consuming cottage cheese along with locally grown vegetables.

Manshi Asher of Himdhara Collective said that since it is a silent boycott, the government and the media need to come out with an alternate narrative to counter hate being spread against a particular community. “The government briefings should focus on countering the hate narrative. Secondly, it needs to reveal more information on testing and sampling. If you just test people from one community it is obvious that the cases will surface from that community only. The government needs to be far more transparent,” she said. 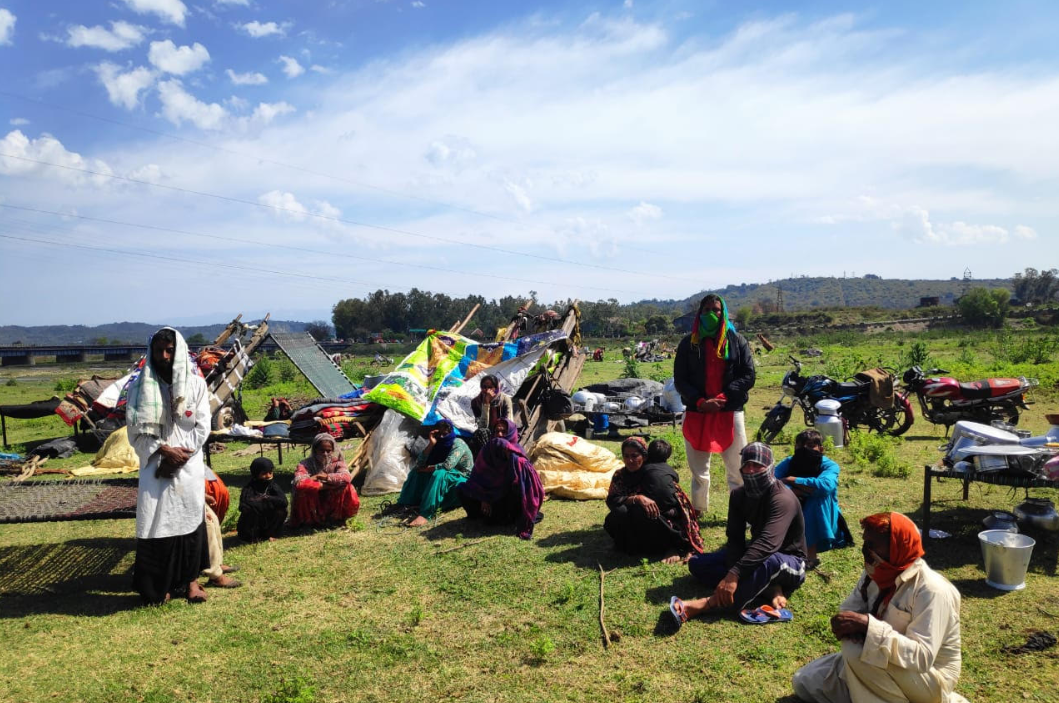 She pointed out, “The government has identified Tablighis to be one hotspot. What about the other hotspots? It should reveal whether there has been testing done in case of international tourists or the visitors from outside to the other religious spots besides labour colonies in places like Baddi.”

Even the government functionaries on the ground aired this concern saying that testing needs to be increased. “There are ample funds available in all districts under various heads. What is stopping the government from carrying out more tests? There is no point building a narrative only around Tablighis and those who came in contact with them,” an employee of the rural development department pointed out.