NEW DELHI: More than a month after Delhi’s Northeast was rattled by communal violence, residents here are now struggling with another difficult situation - the coronavirus pandemic. As the entire country is in lockdown, families in riot hit areas are living in fear - having lost their homes, belongings and loved ones in the violence.

In Delhi’s Shiv Vihar - which saw some of the worst violence during the riots - some families have started coming back due to fear of the Covid19 pandemic. These families were taking refuge in shelter homes after the violence.

The streets here still wear an empty look, with just paramilitary and the Rapid Action Force on duty. This correspondent was questioned by the officers on duty in Shiv Vihar.

The whole street is deserted with only a few people on the streets, and force members standing on guard. On a street a few feet away, people are sitting outside their homes. There is silence in the narrow alleys. When this correspondent had visited the same alley during the riots in late February, it was deserted; there was destruction and debris, and no people in sight. Even the birds didn't fly over this sky.

The street has since seen some families return home - people from both Hindu and Muslim communities. A few people are sitting outside their homes but no one is talking. There is a silence, and the smattering of residents cautiously eye any new person entering the street. 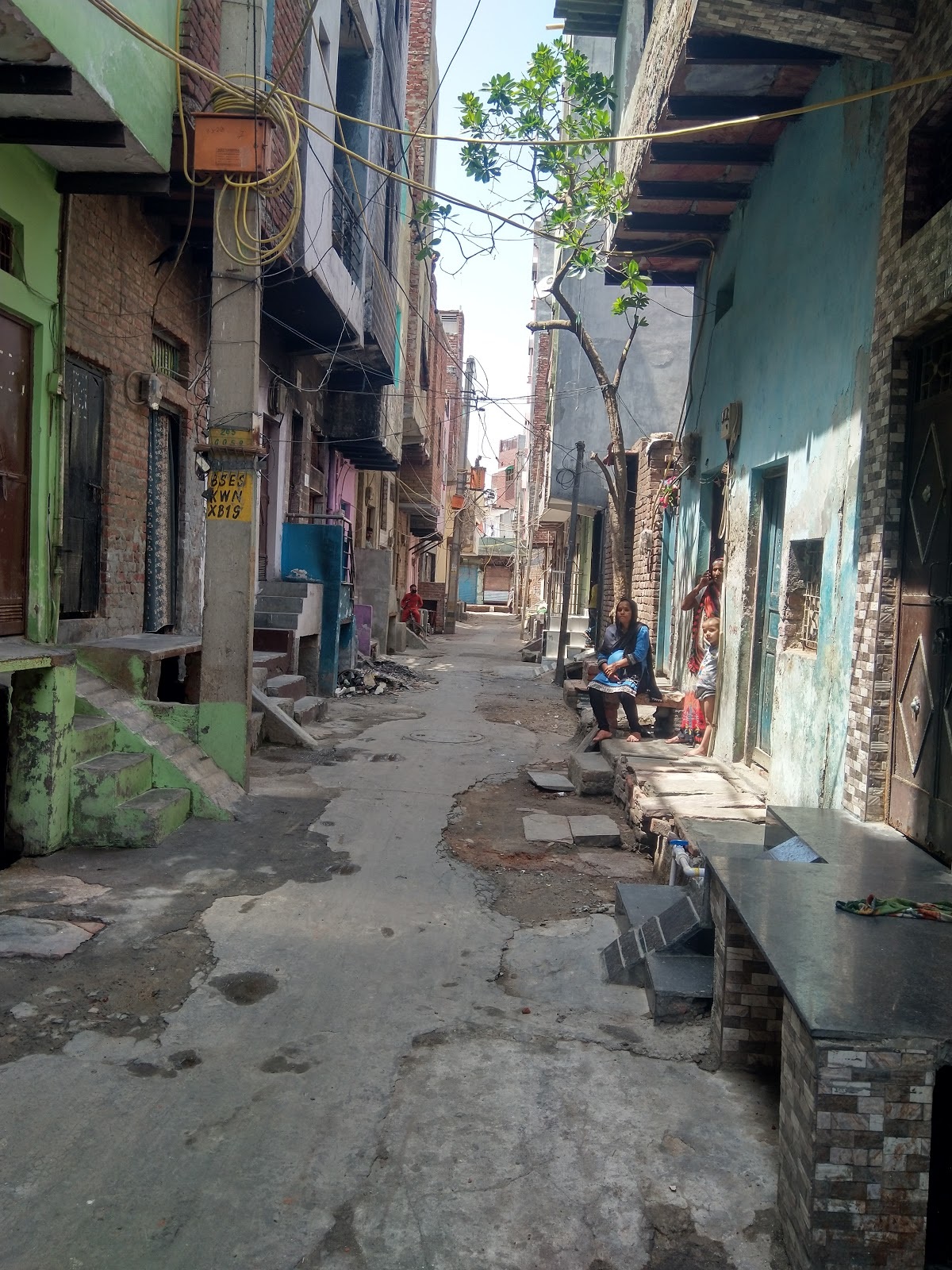 Ramesh is a security guard who had run away when the violence took place. “After the pandemic started we had no choice but to come back,” he says. “Besides, how will we earn and live if we didn’t come back?”

Ramesh hails from Uttar Pradesh and has no work due to the lockdown. His house was not burnt or vandalised but as the street saw such brutal violence, he ran away.

Sitting with his sons, Ramesh says it is difficult to cope with so many challenges - from the violence to now, this pandemic. The root of the difficulty is that the family has no means of earning money. “We need to earn to be able to eat. At the moment, we are getting ration from the government, but later we will need to work to earn,” he says.

A few houses down, Hussain sits alongside his granddaughter and a neighbour. The 70-year-old speaks of tensions between the two communities post the riots. “We talk cordially but the hate has already spread. There is no going back,” he says, sadly.

The families are given ration or cooked food by civil society organisations and the government. However, the destruction still persists and is visible everywhere – in burnt houses, roads with stones, and endless stories of horror and trauma.

Adjacent to this alley is the house of Naresh Chand, which was gutted in the fire after mobs threw cylinders inside his home. A shop attached to his home was also burnt down. The house is next to the Madina Masjid, which they also attacked and burnt. “The house was vandalised after which it was burnt to ashes. We made some repairs and have come back to stay in our half-burnt home,” Chand tells The Citizen.

He is 65 years old and returned to the half-burnt house with his wife. His other family members are meanwhile living in a rented apartment. “Only we came back here. And now as the pandemic started, we have nowhere to go either. Our shop was burnt and we have no work,” he says.

In the opposite alley, Bano is waiting for her husband who is partially paralysed and on a vist to the doctor for a check-up. Bano’s house was also gutted in the fire, but they haven’t been able to repair it, which is why the whole family is living in a rented room near their relatives’ house.

“I still remember how a mob stood near our house, burning and throwing cylinders inside houses. My husband is so unwell and we live with our two sons and their wives and children. The moment the mob entered our street, we somehow managed to run as the RAF had come to rescue us,” she says.

With tears rolling down her eyes and covering her face, Bano says the mob threatened her 21-year-old daughter. “They told us they will do something to her,” she says, almost sobbing.

The family had been living in the Mustafabad Eidgah but left it within days as they managed to find a room. Now with the pandemic, Bano is miserable as all relief and compensation work has stopped. “We got Rs. 25,000 after we filled the form,” she says.

Bano visits her house every day as she doesn’t feel like staying anywhere else. “It was my home after all and I miss it. Although there is nothing left, it is still home for me,” she says in a whisper.

The house is in ashes. Bano stands in the middle of the debris, narrating her ordeal.

Many families were asked to leave and go back to their houses - burnt down or otherwise - due to the pandemic. This has left many vulnerable. Ram Giri who lives opposite to the nala says his family doesn’t get rations. “Cooked food comes but we are told it’s not for us,” he tells this correspondent.

The family of eight was told to leave due to the number of people. “We had to come here because we are a lot of family members,” says Ram Giri’s daughter. The family say they fear living here but have no choice.

“We had not even recovered from the riots, had not even stood back up and then this happened,” said Hussain, looking at his granddaughter. Amidst the misery the people are only thankful for their family and ironically, the presence of the paramilitary force.

The families are still waiting for compensation, but with the current lockdown it seems the wait is going to be longer.