Citizens come together to help daily wage earners and others

21 year old Yash Dayal spends part of his day in a slum in Ghaziabad. He’s been here several times since India announced a nationwide lockdown.

Yash helps out in the slum by distributing food and other essentials, and educating residents about the coronavirus pandemic. As migrant workers who lost their jobs due to the lockdown and took desperate measures to get home, those who lives in slums or jhuggis have also lost the little work that they had, as most slum-dwellers depend on daily wages.

This slum that Yash frequents is home to more than 60 families - all of whom have lost their means of income in the lockdown.

As the families face a novel challenge, Yash is able to bring respite by supplying essentials and ration. He also teaches the children at the slum. 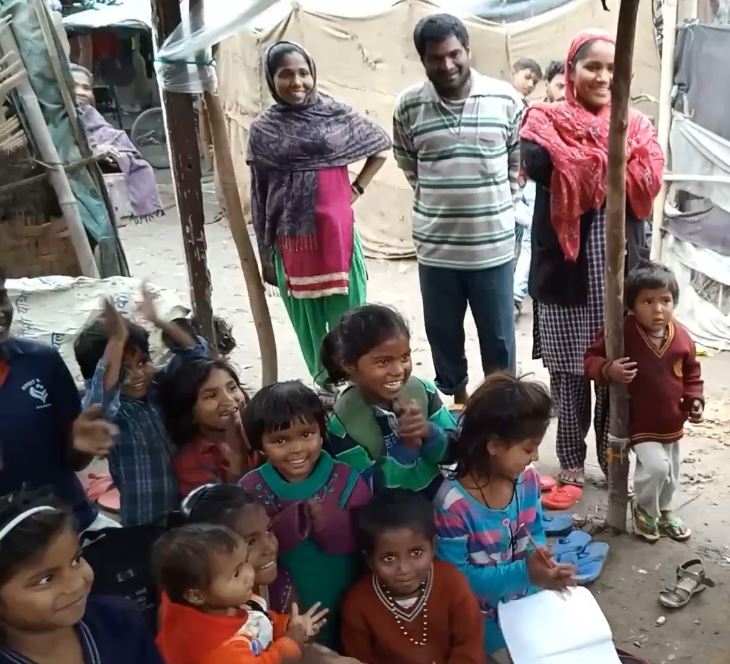 "Hunger is still a bigger disease in our country," Yash said. He has received Rs 30,000 so far, after he posted an appeal on social media, and is spending this amount primarily on ration.

“The lockdown is going to very difficult for them (the poor) as government help hasn't reached yet and most people here do not have ration cards to avail the benefits," Yash said.

Meanwhile, hundreds of kilometers away in Bhubaneswar, Odisha, a group of 12 office-goers have taken the initiative to distribute cooked food at different slums in the city’s Master Canteen area and Cuttack's CBA market.

Mirza, one of the volunteers, says that his regular day starts at 7 in the morning. He starts by preparing the food at home, and distributes it from noon to 1 pm in the slums nearby before heading back home for office work.

Mirza and his colleagues feed more than 150 people every day. “I can’t express the feeling after seeing their expression when the food is served. It is highly satisfying to be a part of this whole process,” Mirza said. 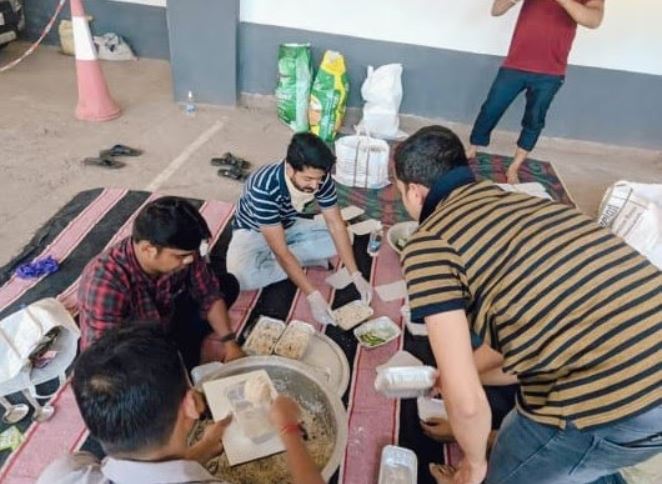 He works as a project manager at a digital marketing agency in Bhubaneswar. When the lockdown was first announced, his company published an online forum on their website - to raise money for rations. The company's website reflects that as of April 6 they have received Rs 1,07,028 in donations.

Dinesh Kumar Das, CEO of the same company, came up with the idea of helping the needy and asked his colleagues to aid him with the execution. “The government’s help hasn’t reached these people yet. My team has been very supportive and we wish to continue the food distribution till the lockdown ends,” he said. 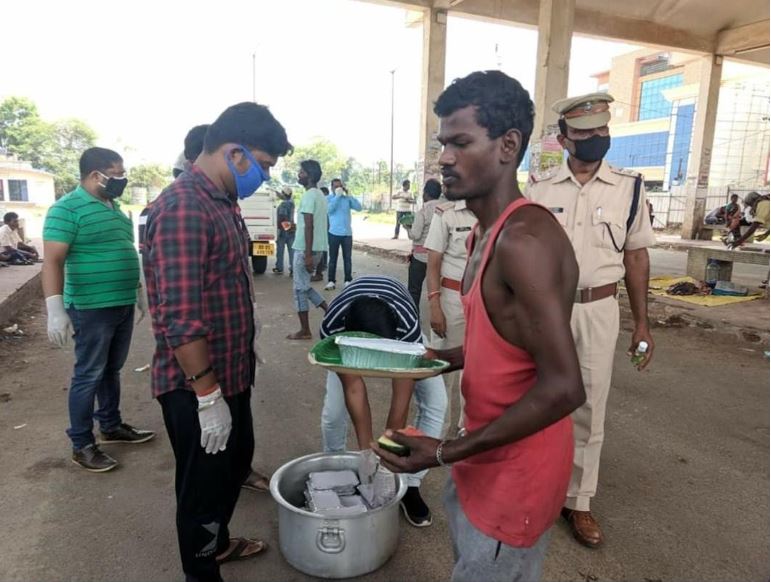 Elsewhere, a group of working professionals, residing in a Paying Guest hostel in Noida, do their bit in helping those without means by distributing essential ration items like rice, wheat flour and pulse.

Vishal, who is originally from Bihar, works in an IT company and lives with 30 or so people in the PG. Alone with his PG-mates, Vishal made a monetary contribution to procure rations. These were then distributed to more than a 100 people living in slums nearby.

“We didn’t have a concrete plan but this is a huge crisis. We collectively thought of helping people who have no source of income at this point,” Vishal said.

As India implemented the nationwide lockdown, social media became a major tool to rally support and reach out for help. People crowd-sourced donations to buy essentials, and coordinate via social media to organise distribution.

In addition to distributing rations, citizens came forward in other ways to help.

A group of college students in Dehradun reached out to people who were unable to leave their homes, and students facing problems due to the lockdown.

Danish, who is from Kashmir and studying technology in Dehradun, got together with friends and put up a social media post, urging people to call if they need assistance. He says he got the idea after seeing a news report of a northeastern student facing harassment and discrimination during the lockdown.

“We got calls from many students of our own college, especially girls who were stuck and their families were not able to send them money. We even got a call from Punjab,” he said.

Danish who is a part-time gym trainer used his savings to help. He’s reached out to 13 people so far including students from Nepal, the North East and Kashmir with essentials like rice, oil, pulses, milk, curd etc.

“When the lockdown was announced we had our own ration stock and we thought of reaching out to people who are in dire need. We are doing it as humans and humanity binds us all together,” Danish said.

Elsewhere, in Bhopal, a group of college students came together to reach out to more than 200 homeless people and victims of the Bhopal Gas Tragedy.

Ankita along with her fellow college- mates namely Rishav, Vishnukant, Vishal Yadav and others, have established a non-profit society called YouthQuake Foundation, through which they reach out to needy people.

Ankita and her team have identified 100 gas victim families. Several of them have lost their jobs and are struggling to earn their daily bread. She said, “We began with 70 families that required immediate help. So far we have reached out to the gas victims in Bhopal's J P Nagar and Oriya Basti and distributed raw food material along with face masks.”

The names above are a small fraction of the thousands of citizens who have come forward across India, lending a hand to those who need it most. 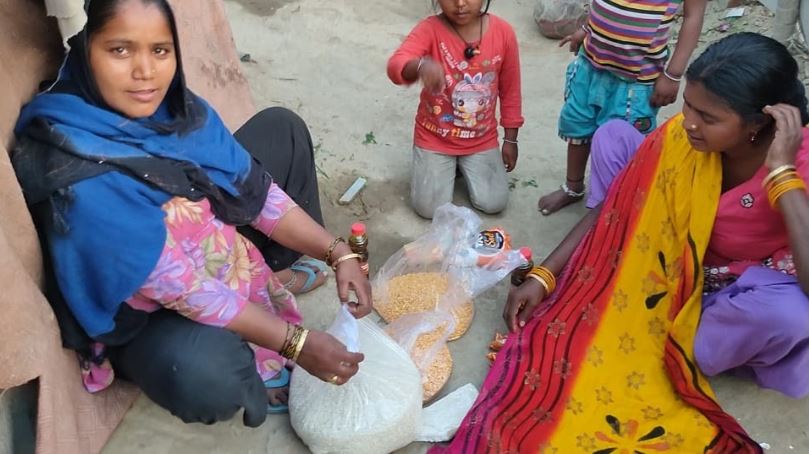