Working Selflessly in Times of COVID-19

At the forefront of the relief efforts

As elsewhere in India, migrants at Bengaluru have been badly affected by the lockdown as their normal life came crashing down. The daily wage earners, far removed from their home support systems, have no savings and sometimes no shelter and usually have to fend for themselves.

A prominent group of migrants at Bengaluru are people from the North East Indian states. Many of these people work in small businesses like ice cream parlours, or as shop assistants. Several work as labourers in factories on the suburbs of Bengaluru. Most lack ration cards and therefore access to the public distribution system. Without salaries, they are without funds for buying food and are therefore in financial distress. Remarkably, at Bengaluru, since the commencement of the lockdown, the state government, local NGOs and volunteers appear to have enveloped the migrants of the city in a caring circle. 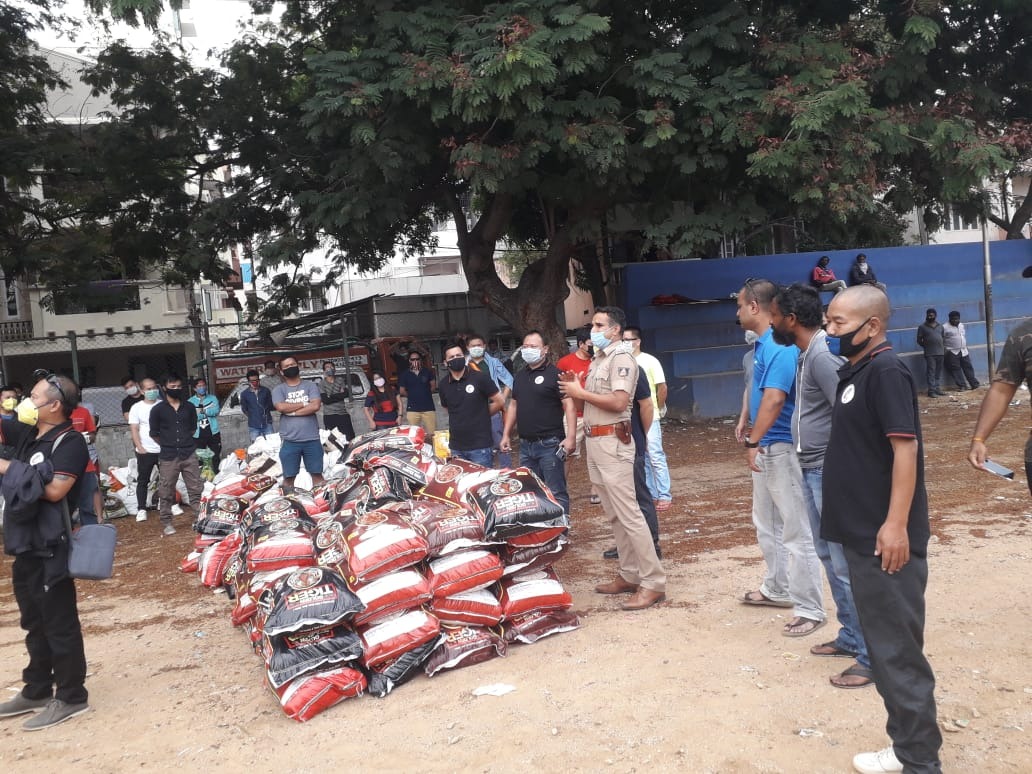 At the forefront of the relief efforts for people from North East India at Bengaluru is an NGO, Sunbird Trust. Registered at Bengaluru, but working in conflict-affected areas of the North East, the Sunbird team works with the motto of ‘Peace through Education’. The logistics of distribution is difficult at best with the items required to be delivered to people living in small groups across a 50 km radius in Bengaluru and its suburbs. However, this challenge is overcome thanks to teamwork between Sunbird and 45 North East, Bengaluru based partner organisations like Manipuri Diaspora, North East Welfare Association and North East Solidarity. In fact, since commencing operations on 3rd April, the Sunbird team and its partners have been able to deliver over 50 tons of rations for over 10,000 North East persons! The relief efforts have stretched well beyond the city limits to reach large number of migrant labourers in the industrial areas around the city.

Founded in Dec’ 2014, Sunbird is a non-denominational, non-religious Civil Society Organisation. Building schools and hostels in remote parts of the North East and through child sponsorship, they seek to get lesser privileged children in the conflict zone into the education system. Suitably empowered and given employability, the hope is that these children would be able to transcend the baggage of the decades old conflict and bring peace and prosperity to their communities.

At the heart of Sunbird Trust’s operations in the North East is a dedicated team of young professionals from all parts of the country. They include Teach for India Fellows, MSWs, Gandhi Fellows, Engineers and MBAs. All have abjured more lucrative opportunities in the corporate world to serve in Sunbird Trust schools in remote villages.

Time and again we have read of negativity, racism and discrimination against the people from our North East. Now, we hear of an entire city caring for the very same people. Moreover, there appears to be a synergy between the government, administration, police and NGOs for this ongoing humanitarian battle. Every arm of the government has been roped into efforts. Dr. Sonal Sethia, COO of Sunbird Trust and an IIT post Graduate with a doctorate, says that in such a crisis, NGOs support the Government by providing the critical ‘last-mile’ delivery of the aid to people.

Johnny Manikho, Administrator of Sunbird Trust at Bengaluru who is supervising the operations mentions that this level of support to the North East migrants would not have been possible without the support of local donor organisations like Prestige Foundation, Hasirudala, Azim Premji Foundation and Akshaya Patra. He makes a special mention of Sunbird Trust supported undergraduate students at Bengaluru who have volunteered to put together thousands of ‘family packs’ of rations with rice, dal, oil, condiments and even soap. 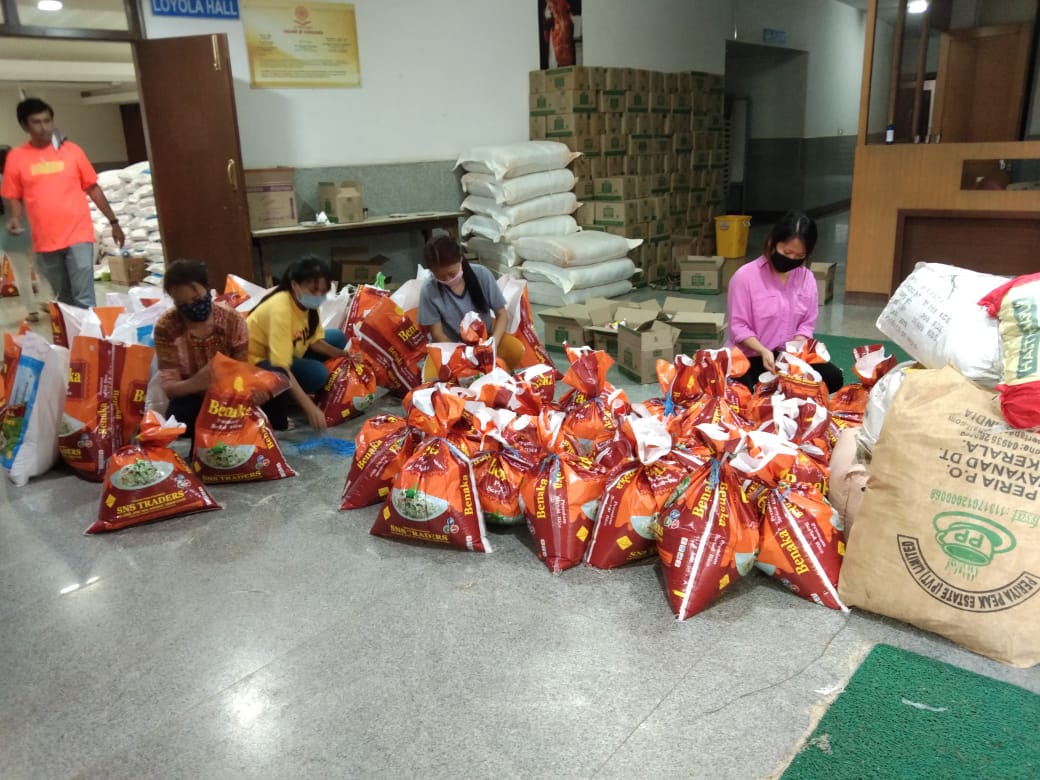 The relief operations have many challenges of course; Manikho mentions that volunteers for distribution of food aid often face resistance within their families. There is apprehension that their movement around the city could bring the infection to their homes. On the job, while the police are cooperative, passes are not easy to come by. Loading, unloading and distribution of tons of rations with limited persons is therefore difficult at best. Moreover, volunteers have to traverse the entire city and its suburbs to reach people staying in twos and threes. Then, most of the volunteers have only motorcycles or scooters and can carry only limited loads on these.

It is possible that there are still many people who have not yet been reached. However, Colonel Christopher Rego, who retired from the Army and is the founder – CEO of Sunbird Trust says that, in Karnataka, the COVID crisis has brought about close interaction and synergy between the central and state Governments, NGOs, donors and armies of local volunteers. He feels that in times of crisis like this, the true character of people comes out and the humanistic side is now clearly visible. A crisis that has brought so much distress to so many is inadvertently bringing people together.

It is rather regrettable that some North East Indian people with their features sometimes face xenophobic discrimination due to the origin of the virus in Wuhan, China. But then, what is rarely highlighted is how local Governments, NGOs and ordinary folks across the country rise to support their fellow citizens in times of crisis. One thing is for certain: Bengaluru is showing the care and empathy they have for migrants within the city. The North Easterners in particular, while still facing myriad difficulties, appear to be in the safety net of the city and its compassionate people.

It is absolutely amazing to see the relentless work being put in and the 24x7 dedication.