The COVID-19 pandemic has only enhanced the deep fault lines and tensions embedded in Indian society and its development story. In the course of just over a month, we have seen how this pandemic has become just another weapon to spread hate against the Muslim community, we have seen hundreds and thousands of workers walking hundreds of miles to reach their home, we have seen poor people facing acute crisis over ration and food, and we have seen how Brahminical castiest mentality refuses to take a back seat even during this time of the biggest humanitarian crisis we are facing in almost a century.

All these developments are happening in the backdrop of apathetic governments and their over enthusiastic spectacle loving middle classes, who are relatively safe inside their gated communities.

At present, the Indian nation is broadly facing three problems, namely - the problems of Caste, a Capitalist developmental model, and Communalism, or the 3 Cs. While the problem of caste is perhaps as old as Indian civilization, the problem of communalism and the capitalist model of development are relatively new. The problem created by the complex nexus of this triumvirate threatens to destroy the very fabric of Indian society.

As it often happens, when we are facing a difficult and unprecedented situation we often tend to look back into history, looking for similar situations and how people dealt with them back then. This exercise helps us to avoid the ‘uniqueness of our situation’ mode of thinking, thereby inspiring us to fight against the present problems and difficulties as we learn from the past.

This googling into history often throws us with names and characters with whom we are not familiar, who are not a part of mainstream discourse and have been relegated to the margins of history, but nevertheless played an important role in shaping our contemporary society as it is.

One such name from the margins of history is that of Narayan Meghaji Lokhande. Even though he is referred to as Father of the Trade Union Movement in India, a labor research institute bears his name and the Government of India issued a postage stamp on him - recognition of his role in shaping contemporary Indian society remains at the margins.

An anti-caste activist, trade Union Leader, journalist and a lucid polemicist, Narayan Meghaji Lokhande was born in a poor family from the phulmali caste in Thane district of Maharashtra in the year 1848.

While working as a store keeper at Mandavi Textile Mill, Lokhande came in contact with the Satyashodhak Movement when the pulmalis of Bombay invited Joytiba Phule, the founder of the movement for a series of lectures. He became an important leader of the movement and in the course of spreading the work in the Bombay region, he fought against the triumvirate of Caste, Communalism and the ills of Capitalism. Lokhande in short is the embodiment of the spirit of social revolution and progressive movements in Nineteenth century India.

He was the secretary of the Deccan Phoolmali Community and considered the heir apparent to Joytiba Phule. He was also the editor and publisher of Deenbandhu- the mouthpiece of Satyashodhak Movement in Maharashtra- in 1880; the first labor weekly concerned with raising the issues of urban and rural laboring classes and advocating social justice. Under his editorship the circulation of the newspaper increased to 1650 by the year 1884, the second highest in Bombay Presidency after Kesari, against which it entered into regular polemics over a range of issues.

Lokhande’s social activism as the scholar Rosalind O'Hanlon notes, was concerned with three broader aspects. First, he attempted to appropriate the powerful identity ‘Maratha’ exclusively for the entire non-Brahmin laboring and cultivating castes of Maharashtra against the Brahmins, who tried to restrict the ‘Maratha’ identity to selected elites. In 1887, he founded ‘Maratha Aikyaechchu Sabha’ (Society for Maratha Unity) towards this end. Second, he advocated affirmative action for non-Brahmin castes in educational institutes and pressurized the British colonial government to implement them. And third, he strived to ameliorate the condition of the working class in Bombay, especially the mill-hand workers in the textile mills.

The experience of working and living close to Textile mills had given Lokhande a first hand experience of the miserable condition of the workers in those mills. The deplorable status of workers in textile mills led to the First Factory Act which was passed in 1881 inspired by which the first Factory Commission was appointed which presented its report to the Colonial administration in 1885. The act made certain provisions for Child and Women labor, but was totally silent on adult male laborers. The resentment among the workers further forced the Bombay government to establish another Factory Commission in 1885.

Under Lokhande’s leadership the first ever worker’s body came into being, namely the Bombay Mill-Hands’ Association (BHMA) in 1884. This association put the demands of the mill workers to the Factory commission and regularly agitated to pressurize the Government to accept their demands. Some of the demands which were put forward by the association were:-

a) One complete day of rest every Sunday for all mill-hands.- The adult workers were not given any Holiday

d) Payment of wages is made not later than 15th of the next month.

e) A workman sustaining serious injury in the course of work at the mill, disabling him for some time, should receive full wages until he recovers, and in case of being maimed for life, suitable provisions be made for his livelihood- There was absolutely no social security for the workers.

After almost six years of struggle, i.e. on June 10, 1890, despite resistance from Mill owners, but because of intense agitation from the BHMA, the day of Sunday was declared as Holiday for every worker- the first victory of the labor movement in Bombay’s history.

Previously, according to the Factory Act of 1881, only women and children were allowed one leave per week. On the recommendations of the Factory Commission of 1885, of which Lokhande was made a part, the Factory Act of 1891 was passed which included several social security measures, based on the charters of demands submitted by BHMA.

So next time if you wonder why Sunday is a holiday, then remember the workers of Bombay, the BHMA and Narayan Meghaji Lokhande, who through their struggles made it possible! 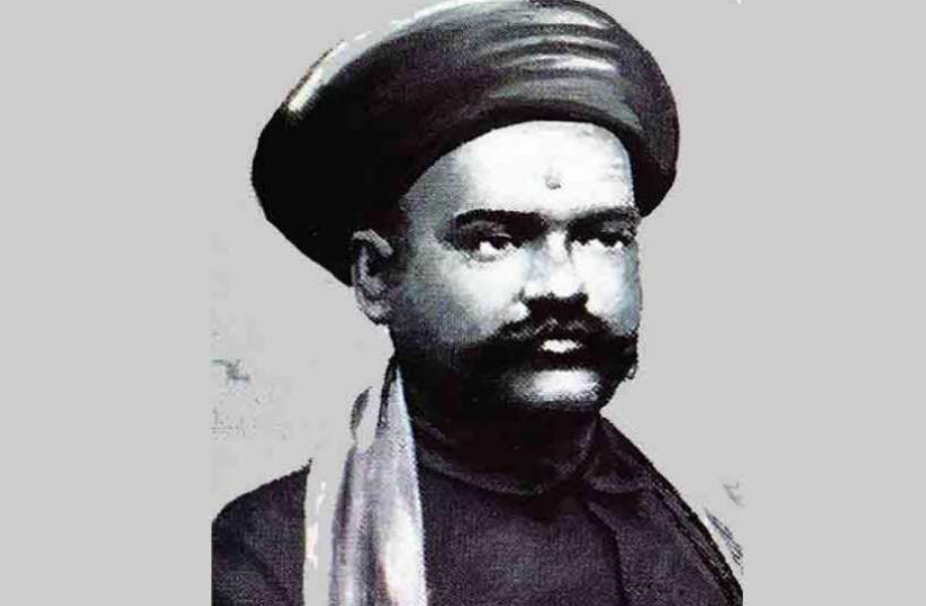 Another important achievement of NM Lokhande was the crucial role he played in the immediate aftermath of the Bombay riots of 1893, which took place in the background of militant Cow protection movement in the Bombay presidency. The violence continued for four days and consumed 80 lives with over 700 injured. As it always happens, the worst affected were the poor migrant workers from both Hindu and Muslim communities who formed the major chunk of working class population in Bombay and lived in slums. In the immediate aftermath of the riots the migrant workers started to migrate back to their homes. Lokhande mobilized the entire machinery and resources of the Satyashodhak Samaj to stop this migration and to spread the message of communal harmony. He also played a crucial role in organizing a ‘unity festival’ and a big rally to restore trust and promote harmony between the two communities, which was attended by over sixty thousand people. All these initiatives were taken in the backdrop of attempts to polarize the population on communal lines by Bal Gangadhar Tilak- the archrival of the Satyashodhak Movement- and his supporters.

Lokhande also played a very crucial role during the Age of Consent bill controversy. As the conservatives led by Bal Gangadhar Tilak agitated against the Bill, the Satyashodhak Movement led by Lokhande came out in support of the bill. Lokhande even successfully mobilized the barber community to boycott the tonsuring of Brahman widows, as part of the ongoing struggle for widow remarriage.

The city of Bombay was hit by dual calamity of famine in 1896 followed by Bubonic plague in 1897. As always the case, the working class populations living in slums were hit hard by both the famine and the plague. Previously Lokhande and the Satyashodhak Movement had started a hospital to provide medical help and relief to the poor and downtrodden section of society. Narayan Meghaji Lokhande worked tirelessly to help the underprivileged sections of society during the plague and he himself succumbed to it on 9 February 1897.

The genius of Lokhande lies in fusing together the question of Caste and class. When Lokhande claimed the identity of ‘Maratha’ for the entire non-Brahmin laboring castes, he was trying to crystalize the differences between those who were engaged directly in production activity and those who controlled the means of production. When he successfully united the Hindu and Muslim workers of Bombay in the aftermath of Bombay riots of 1893, it was perhaps the first ever class based mobilization against communalism, potentially the only solid answer to the problem of Communalism.

More than a century after Lokhande, we are again facing a pandemic which threatens to destroy the world as we know it. The working class, women, Muslims and the “lower” caste people are the most affected sections of society due to the pandemic. The thirty years of neo-liberal economic model based development has not only destroyed any direct social security to the workers and marginalized, but also hit the general public healthcare system in India.

Today when the questions of caste and class are seen as contradictory to each other and horrors of communalism are increasing on a daily basis, there is an urgent need to take inspiration and learn from the work and struggles of Narayan Meghaji Lokhande and the Satyashodhak Movement.

Note: Not much information is available on Narayan Meghaji Lokhande, except an article titled ‘Narayan Meghaji Lokhande: The Father of Trade Union Movement in India’ authored by Nalini Pandit. This appeared in 1997 in Economic and Political Weekly. Another source of information on NM Lokhande is the book ‘Caste, conflict, and ideology: Mahatma Jotirao Phule and Low Caste Protest in Nineteenth - Century Western India’ by Rosalind O'Hanlon, published in 2009.

The writer is a PhD research scholar at Jawaharlal Nehru University, Delhi