ITANAGAR: After five nights of continuous travel covering more than 3,000 km, and surviving on one meal a day, Banwang Losu and 52 others arrived at the Banderdewa Police Training Centre (PTC) near the Arunachal-Assam interstate border, bracing themselves for quarantine.

The Arunachalese travellers left in two buses on the night of May 18 from Maharashtra as the number of COVID-19 cases across the country continued to rise.

Losu is a post-graduate linguistic student at the Deccan College in Pune and is the man behind the creation of the language script of his tribe- the Wancho.

After some initial hiccups, the Arunachal Pradesh government began making plans to bring back its residents from other states, starting with other states in the Northeast. However, before those plans could be put into action, students from places such as Delhi, Kota in Rajasthan, and Dehradun in Uttarakhand were already on their way back with many still in line.

The Wancho linguist said that he had stayed back until recently because he was not sure if the college would hold examinations but eventually left as the number of COVID-positive cases began to rise.

Maharashtra has registered the highest numbers of cases in India so far.

It is also this fear that set off alarm bells for Yangkee Taggu.

A resident of Pasighat, headquarters of East Siang district, Taggu is pursuing her Ph.D. in Hindi from the Mahatma Gandhi Antarrashtriya Hindi Vishwavidyalaya in Wardha.

She said that the growing number of positive cases in Maharashtra got her scared, as well as the possibility that the hostel kitchen would shut down.

Fortunately for her and others who were travelling on the buses starting from Pune and Nashik, the university kitchen was still open when she was picked up on the evening of May 19. 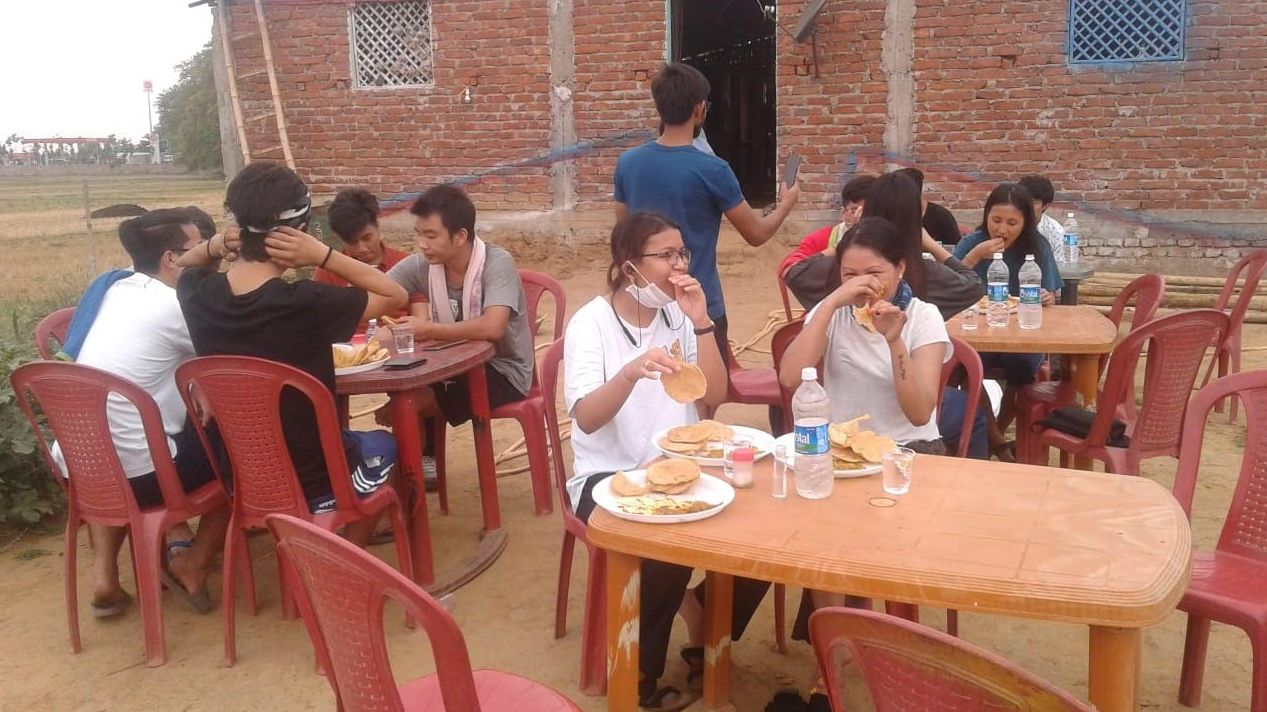 After a brief meeting with the students, the faculty handed over food to them to help them along the journey.

Before then, those who had started their journey on Monday were surviving on fruits. The one-meal-a-day would become the norm for most parts of the remaining journey with all the travellers constantly in touch with members of the Arunachal Pradesh Students Union of Maharashtra who were in contact with the nodal officers that the state government had appointed.

While not as harsh a journey that migrant labourers have had to make walking for miles to reach home, those in these two buses had to ensure that they did not enter any areas designated as red zones.

Apart from the hunt for food, finding adequate places to answer nature’s calls were another issue.

“We asked the drivers to stop at secluded areas when they could,” said Losu.

Amongst the 53 people in the two buses were four drivers who drove in shifts, and a handyman in each of them.

The two buses finally arrived on Saturday morning at around 8.30 at the PTC. Those who will stay in the capital, Itanagar, and in Papum Pare district have been put under quarantine, others are continuing on their way to their homes in other districts where they will be quarantined and tested.

All of them were given food upon arrival.