The lockdown is only the latest delay in restoring the fort

Patiala in Indian Punjab is a city celebrated for its extra-large peg of whisky, its famed Patiala Gharana of Hindustani classical music, and for jutties, the traditional Punjabi footwear. But its most iconic treasure, the Qila Mubarak, had fallen on hard times over the years, and was named among the 100 most endangered monuments in the world by the World Monuments Fund.

Built in 1763 and lying desolate and neglected for more than a century, in the last few years Qila Mubarak has finally got some much needed attention from the authorities.

After a long and obstacle-strewn path of restoration, the fort was on the verge of reclaiming its lost glory when the coronavirus struck. The lockdown is only the latest delay in restoring the fort. As and when normal life resumes, the Punjab state government has an ambitious plan to get a UNESCO world heritage site tag for the monument.

The restoration work, which started around three years ago, saw allegations of misappropriation of funds. In September 2018 the local press reported that central funds for restoring the monument to the tune of 45 crores had been deflected to other projects by the previous state administration.

As per reports, Malvinder Singh, representative of INTACH and brother of incumbent chief minister Amarinder Singh, confirmed the fact that the funds had gone missing.

Things were eventually sorted out and restoration work gathered speed. That the incumbent Chief Minister of Punjab belongs to the Patiala royal family can only have helped.

Most of the restoration work has been done under the watch of the Indian National Trust for Arts and Cultural Heritage (INTACH) and the Archaeological Survey of India. Lime plaster is being used instead of cement to match the fort’s original construction material. The palace of the fort (Qila Androon) is known for its impressive murals.

In the past these quarters housed many governmental offices resulting in damage to a lot of these paintings, which largely depict scenes of Krishna mythology and of royal undertakings, executed expertly by artists from Rajasthan and the Kangra school.

It is one of the richest displays of miniature art in any of the palaces in India, executed with delicate care, artistic expression and playfulness. These paintings have also been restored as part of the project.

To make visits to the fort more fulfilling, recently restored Durbar Hall now houses a museum and a restaurant.

Qila Mubarak was built by Baba Ala Singh, founder of the Patiala royal house, 256 years ago. Originally a kachigarhi (mud structure), the fort was later refurbished using baked bricks. The fort complex is essentially divided into two parts, an outer public space and the Qila Androon (interior fort) which served as the private palace of the royal family.

The outer fort has several independent buildings including the Ran Baas (guest house) and the Durbar Hall, some of which are already restored while others await their turn, in stages of disrepair.

These buildings are an exquisite example of Sikh architecture, which is an interesting amalgamation of Rajput and Mughal architecture. Some of its later buildings built during the Raj bear clear colonial influences.

As one enters the main gate one sees an impressive white edifice on the right. This is the Durbar Hall, built during the colonial period. It is open to the public and contains an impressive display of Belgian chandeliers and weaponry.

On one’s left is another imposing building, the Ran Baas, the palace of the queens or the Guest House. It is an impressive building with many residential quarters set around an open courtyard in the middle of which is a huge rectangular fountain and water tank. The building is also currently undergoing restoration.

Located in the middle of the Old City with congested lanes and lanes, the fort is spread over 22 acres of land. The streets around the outer walls are busy congested lined with all kinds of shops, selling bangles, jutties and colourful clothes.

With all the shops and concrete structures around it, it becomes a challenge to appreciate the fort properly. But that might change in the near future.

The state government has further plans to develop the main street leading to the fort as a heritage street, similar to what was done around the Golden Temple complex in Amritsar. The aim is to improve the aesthetics of the area in the fort’s near vicinity while preserving its heritage value.

To be executed by the Patiala Development Authority, the project, for which a consultant has been hired, is estimated to cost around 50 crore rupees. 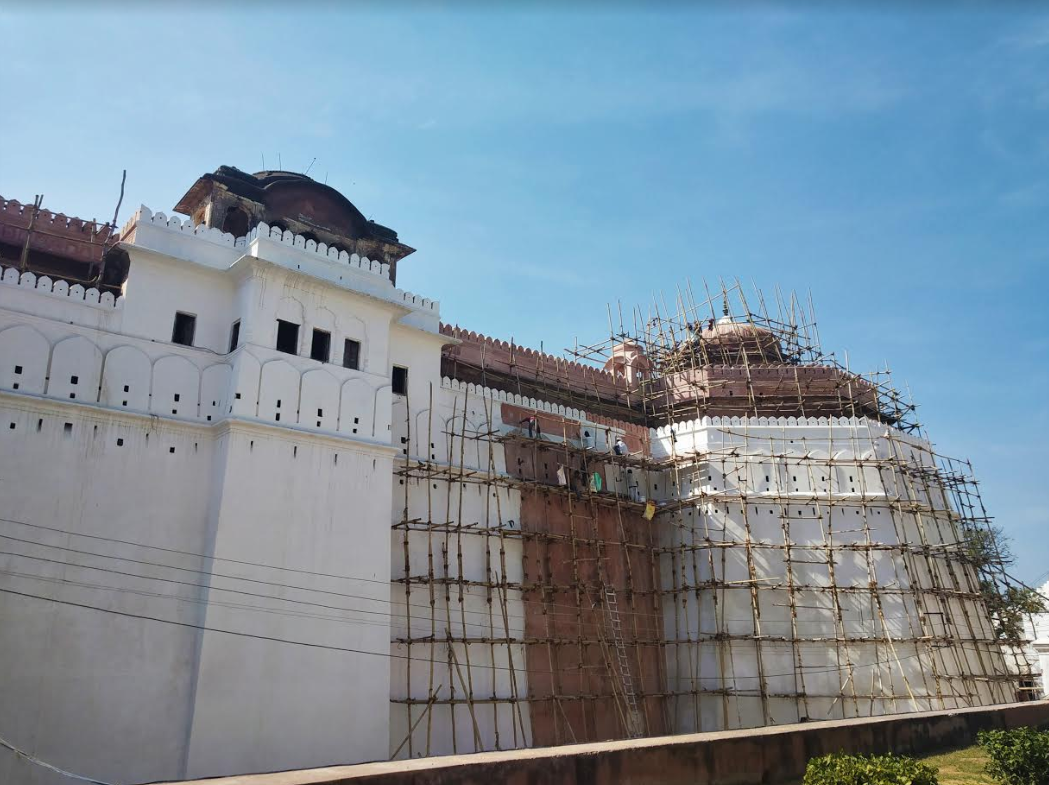 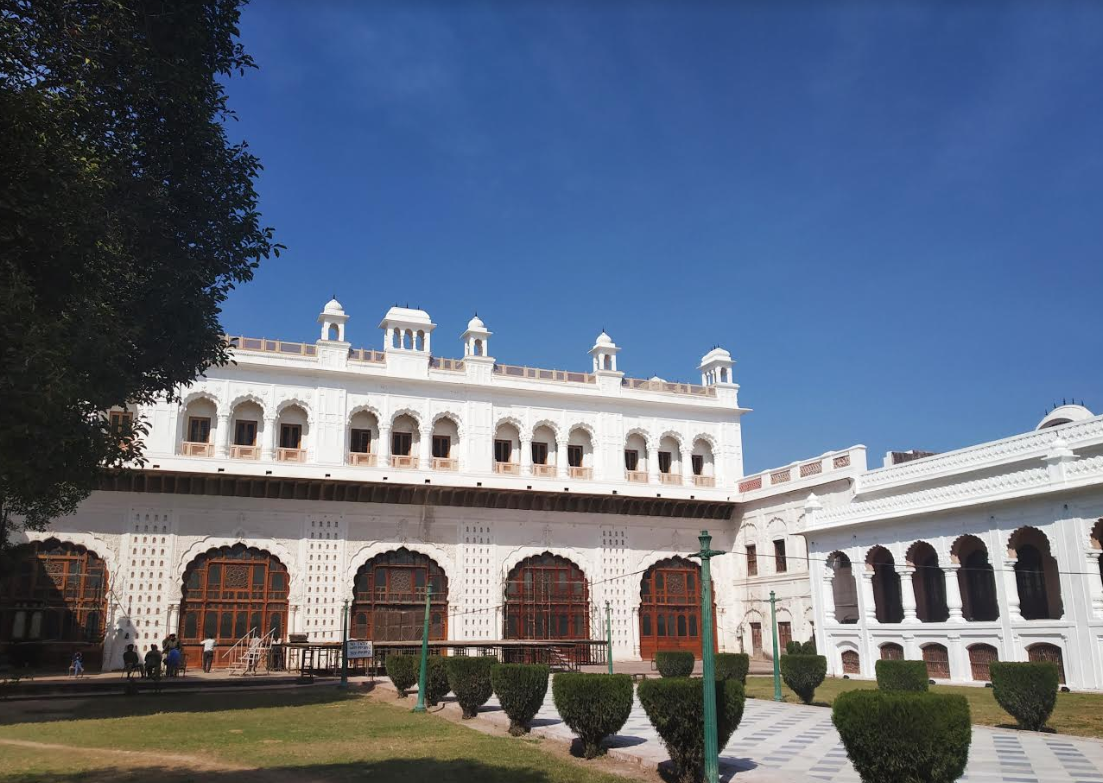 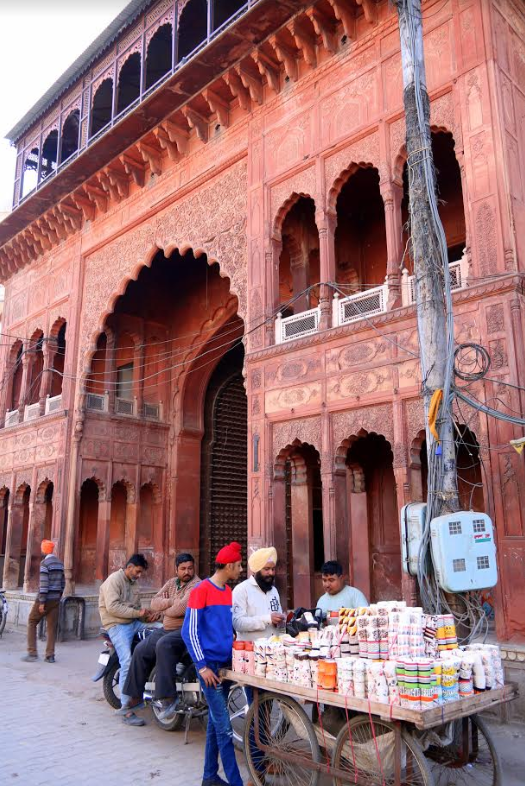 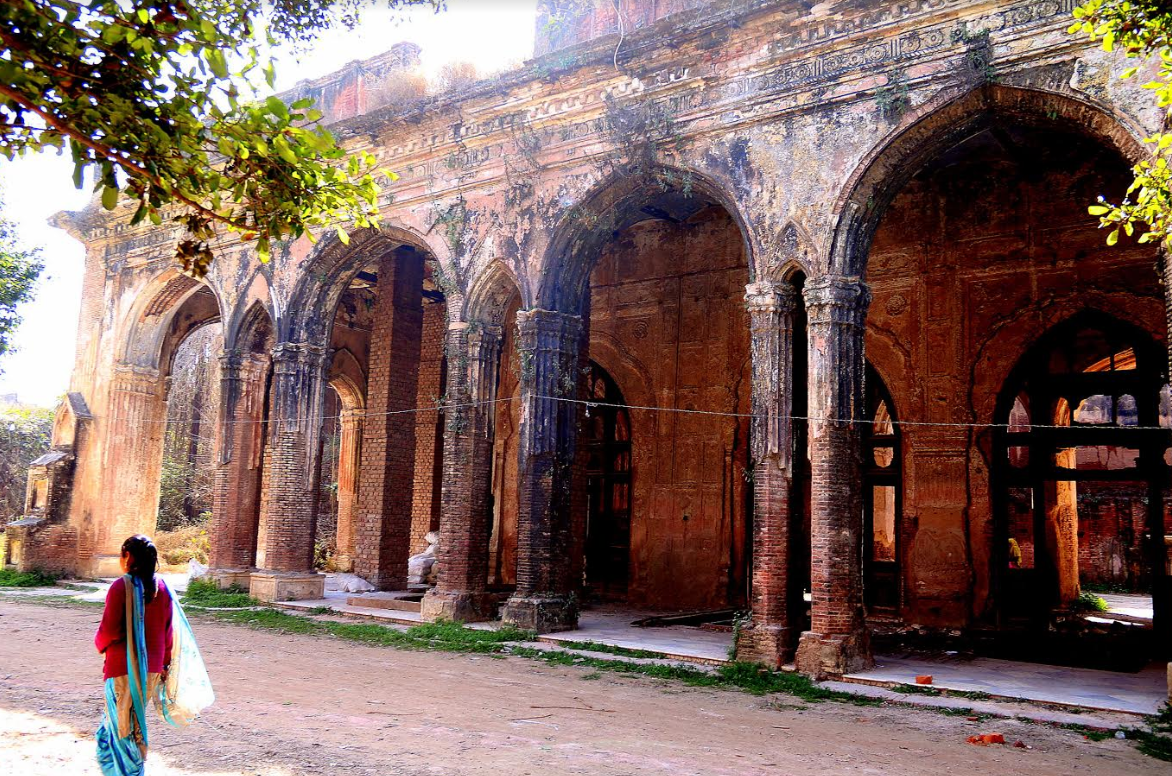 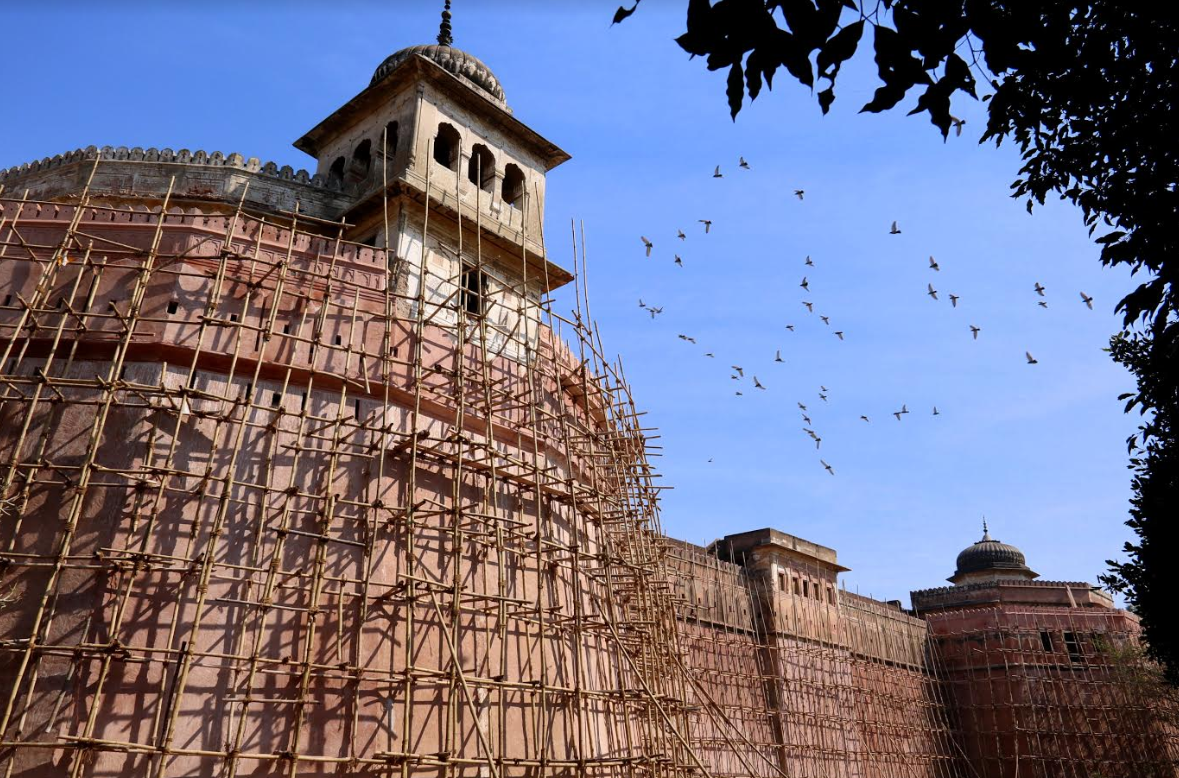 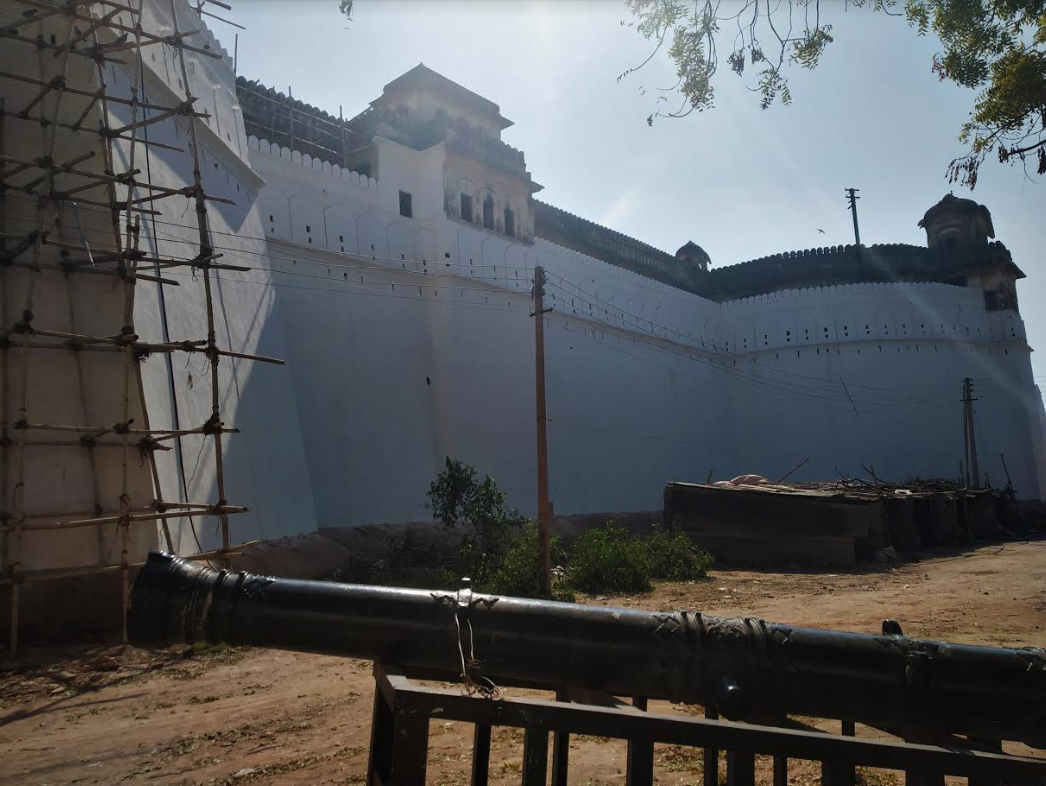 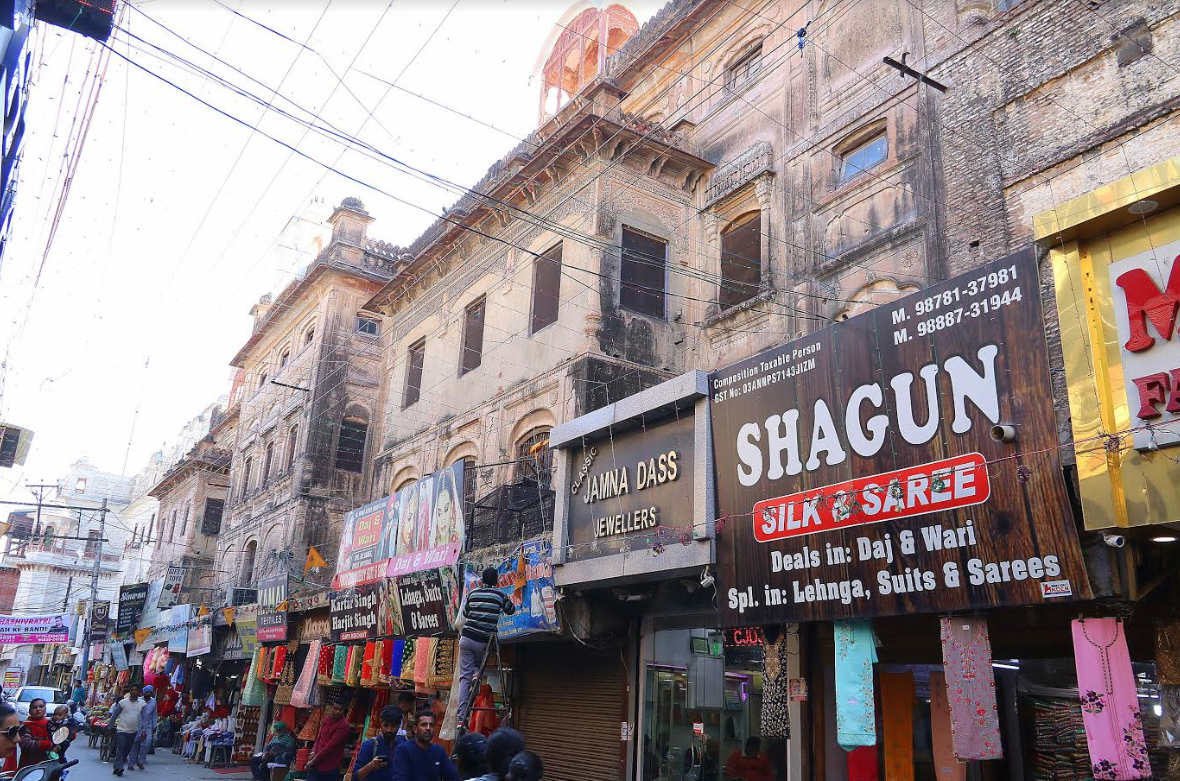 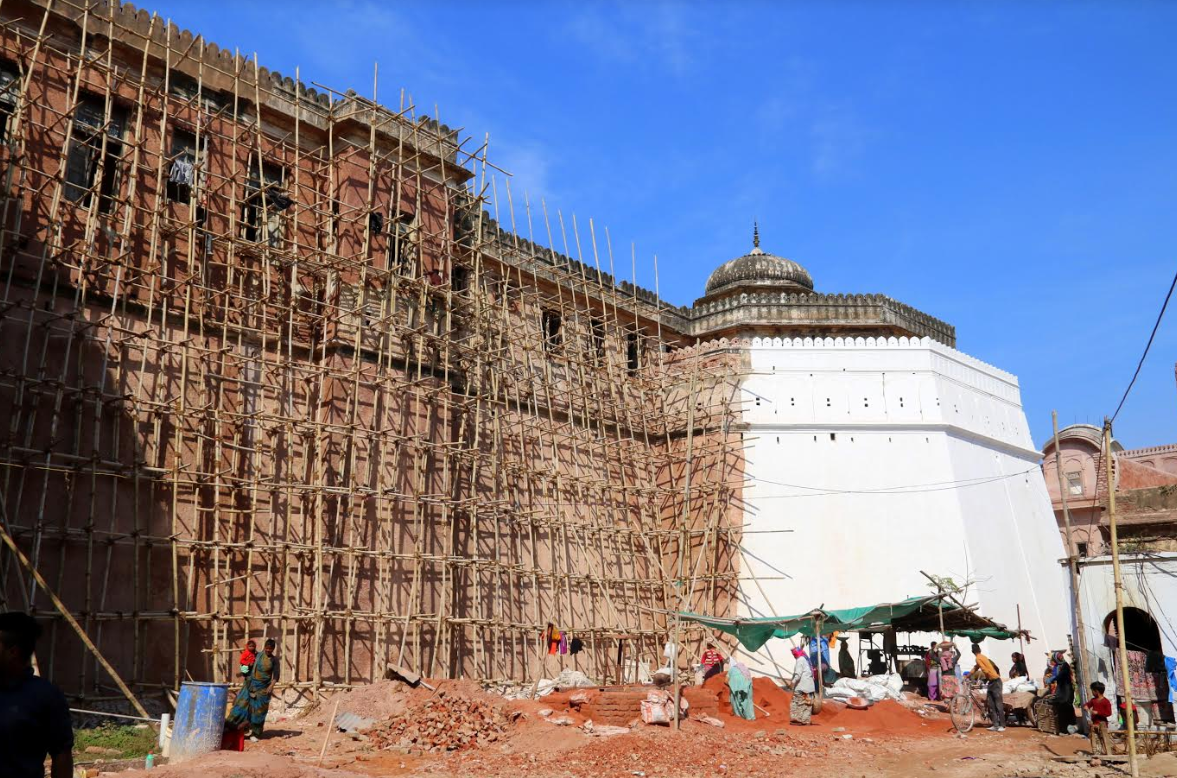