It Takes a Village: Arunachal and Meghalaya Villagers Build Quarantine, Provisions for Returnees

Where the sense of community runs strong

ITANAGAR: The idiom ‘It takes a village to raise a child’ is being truly embodied in the villages of Arunachal Pradesh.

With the rising number of Covid-positive cases, stricter quarantine measures have become necessary in the state. But in the absence of robust public health provision and the mounting pressure of people returning home from other parts of the country, villagers have stepped up to fill the gap.

While government-run quarantine centres have been established across the state, the makeshift accommodations and often-harried food-supply chains there have often led people to complain about basic facilities.

Like elsewhere, the government was not prepared for the pandemic, and has fallen short in equipping its makeshift quarantine centres.

That is where tribal villages where the sense of community runs strong have come in.

The government higher secondary school in Bilat in East Siang district was notified as an institutional quarantine facility by the district administration for returnees of six villages in the administrative circle.

But after it was announced that the school would have to serve as a centre for the twelfth standard CBSE examinations, the East Siang deputy commissioner Dr Kinny Singh met with village heads to work out an alternate plan to house returnees.

After holding consultations it was decided that the largest village in the circle, Mirem would be the venue for ten bamboo huts with individual toilets.

With five Anchal segments in Mirem, each village took upon the responsibility to build two houses and toilets for the ‘quarantine village’.

This was not the only case of villagers taking the lead, though.

In Debing village, residents built 14 bamboo thatched houses divided into different zones (red, orange and green) to house returnees based on where they came from.

Each zone has been demarcated with plastic ropes, with volunteers assigned to ensure that people maintain distancing norms.

In both places, the villagers will prepare food for those quarantined.

Nearby, John Panyang, a teacher and social activist from Ralung village of Ruksin sub-division in the same district, constructed a kiosk using transparent plastic and acquired basic protection gear and thermometres to screen people entering the village following their return from various states.

Those returning will be screened and asked to consult a doctor at the community health centre if they show symptoms.

Elijah Taying, a lawyer from Ngorlung village, said the initiative came following conversations on the villages’ WhatsApp group called the Ngorulng-Ralung Forum, which consists of residents of the Ngorlung and Ralung villages.

It is not just in Arunachal Pradesh where villagers have stepped in to look after their own.

In Meghalaya, through the village councils called Dorbar Shnong in the Khasi and Jaintia-populated areas and Nokmas in the Garo areas, communities have offered their community halls and abandoned schools to house people. 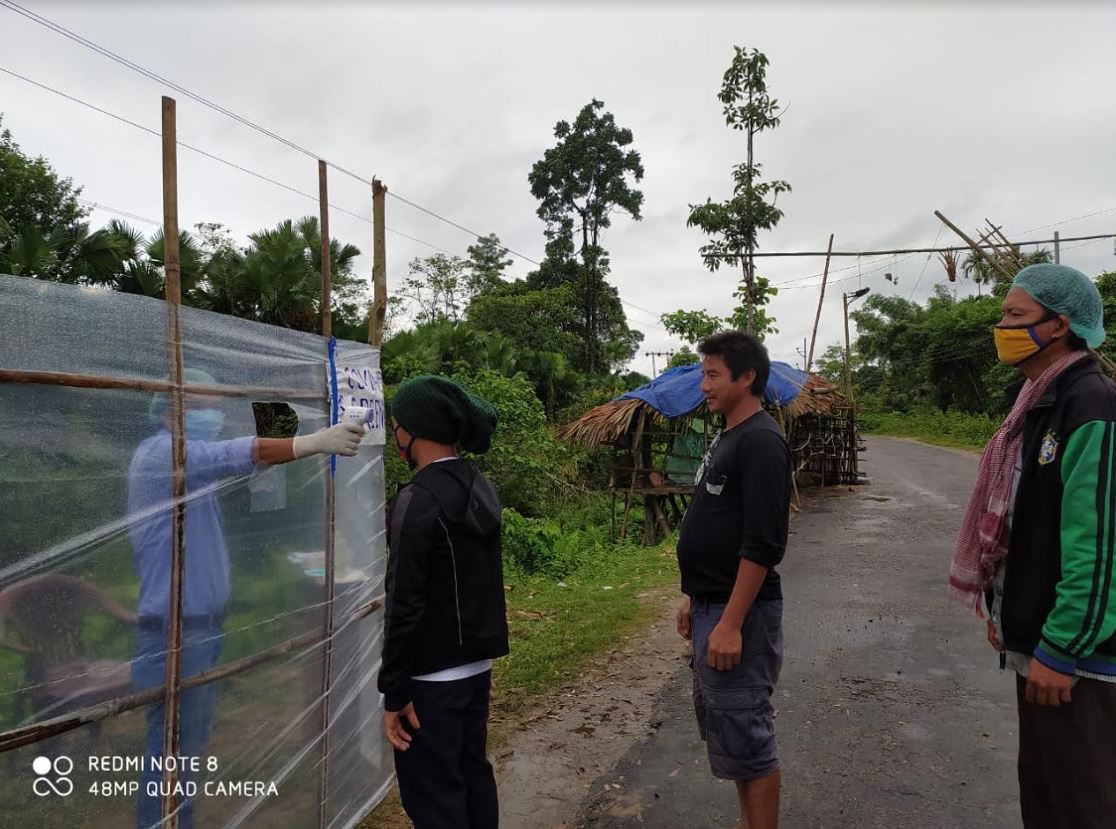