VARANASI: Across the river Ganga, Domari, a village with 4,226 residents (in the 2011 census) is one of four villages “adopted” by Prime Minister Narendra Modi under the scheme Sansad Adarsh Gram Yojana. PM Modi, who has been elected as Member of the Lok Sabha from Varanasi twice, adopted the village in 2018 under this model village scheme for MPs.

“This is the Harijan basti also called Chhoti [little] Domari, where most of us survive on daily wages, and due to this lockdown we have no earning. There are days when we arrange food, otherwise we sleep hungry. The pradhan, Chhote lal Yadav, distributes food ration only to the people of his caste,” says 45-year-old Babu Lal, who works as a labourer and hasn’t had a job since the Centre’s lockdown.

The village pradhan resides in a two-storey house in the area/basti known as Bada [big] Domari.

The bifurcation within the village is purely based on the residents’ caste. As we go down the casted pyramid, people’s struggle to get basic amenities increases.

Chhoti Domari is dominated by mallahs/boatmen and labourers who have been struggling to get administrative help as most of them have not been provided ration cards.

“We get ration twice: on television and surveys, and in reality by luck. Those who do not have ration cards were asked to fill forms online a few days back. The list that came out in the first month included almost all of us and we got the ration – but the second time the list was generated many were struck out,” said Radhey Devi, who has been living in Domari for the past ten years.

An officer visited the village for inquiry once, after which the news was circulated that free ration was being distributed and everyone ran to the ration shop, only to return disappointed.

“We went there hoping to get some ration, however they just clicked our pictures and asked us to bring Aadhaar card printouts and submit them so a list can be generated. I took the printout to the officer who said, ‘Rakh do yahan. Chadhi online ta mili ration, naa hi toh naa mili’ (Keep it here, but don’t hope for much. If it makes it online you’ll get the ration, otherwise you won’t),” Devi told The Citizen. 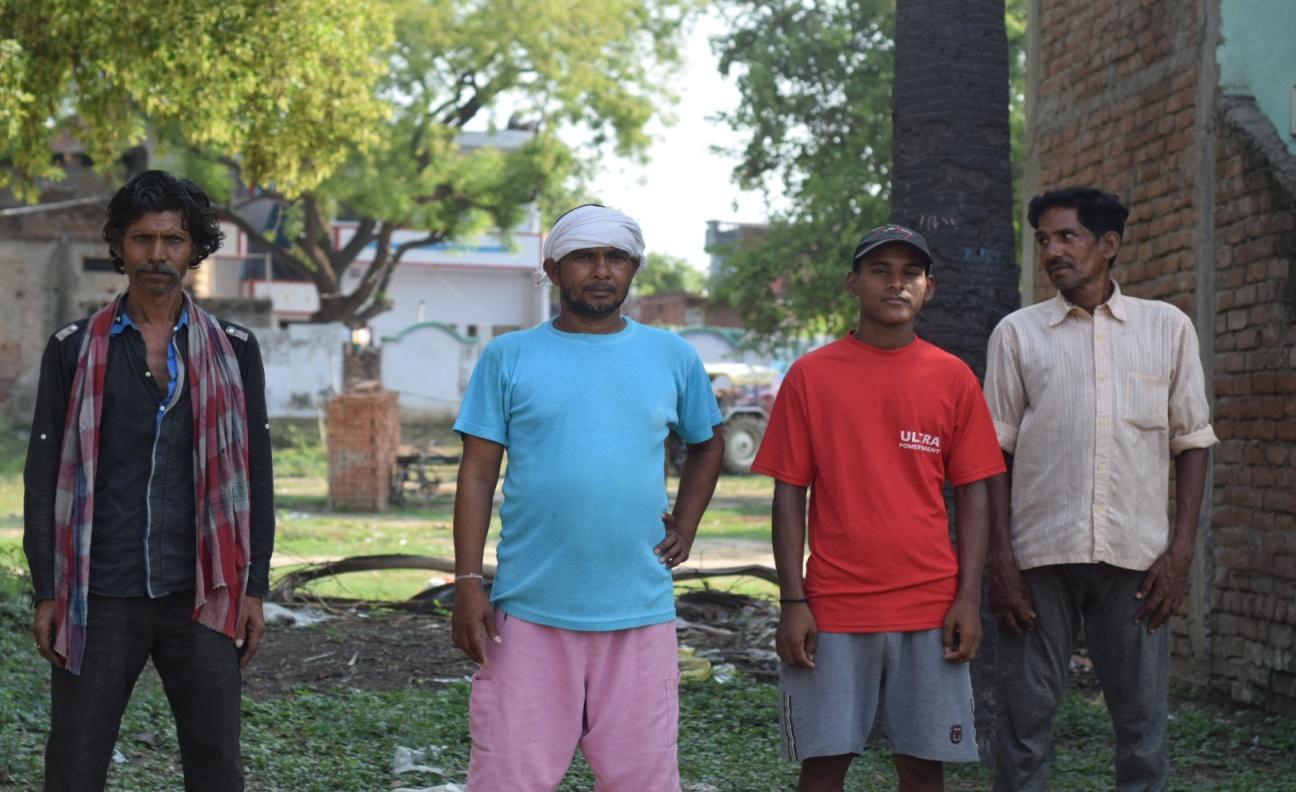 Assalam, who picks garbage and has four kids and a wife to take care of, says food is a luxury. “Sabka yahi haal hai, mile toh mile nahi toh aise hi jee rahe” (Everyone is suffering like this: Some days we get food, other days just pass).

The ration allotted to those with ration cards consists of flour and rice, with only the latter being distributed free of cost. “Namak roti mil jaati hai, sabzi toh kisi din mil jaati hai, kabhi nahi” (We eat salt-chapatis, and some days if we are lucky we manage vegetables), said Domari resident Archana Patel.

Back on April 17 the Uttar Pradesh government announced that “It should be ensured in all rural and urban areas that every needy person gets rations, even if they don’t have an Aadhaar card or ration card.”

Despite the announcement, however, these villagers are still struggling to get their due ration every month. They are still confused about the fact that every fifteen days they are being asked to fill the same form. They asked why some families get enrolled and others are left out?

“Everyone comes and clicks pictures, no one returns with a permanent solution,” exclaimed Radhey Devi.

The villagers hold no grudge against the Prime Minister but spoke strongly against the Pradhan and local administrative bodies. “The Pradhan never comes here, unka gaav sirf vahi basti hai” (His village is that area alone),” says Vikram Rajbhar, who has also been deprived of a job ever since the lockdown began.

The villagers are tired of complaining, as every time they raise an issue, “The inspectors will come to survey but speak to the Pradhan and leave,” Vikram added.

The lockdown has been easing out but most of the villagers here have no hope of getting any work for another month at least. None of them were wearing masks though all of them were conscious of disease distancing. 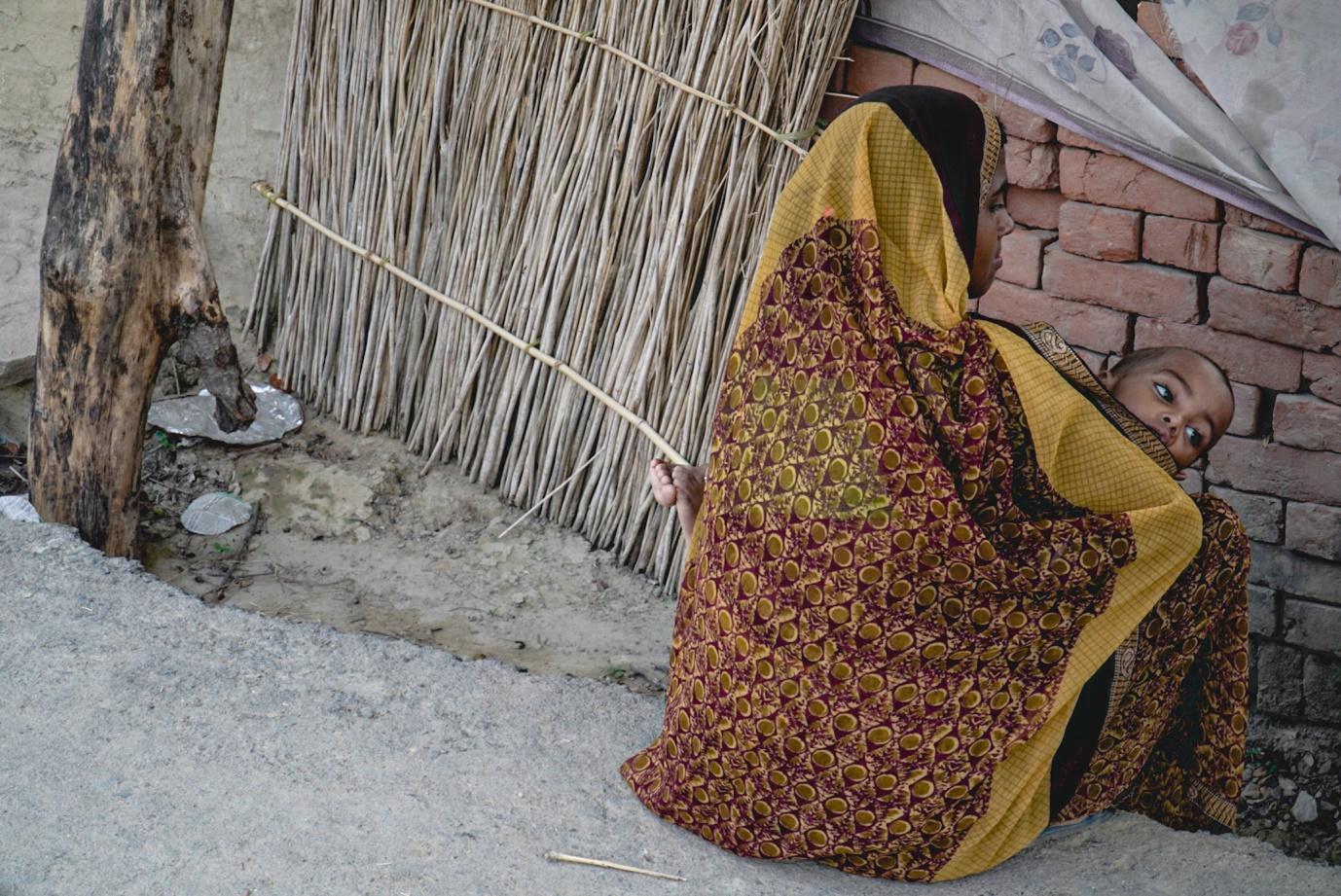 Another village, Kakarahiya, which was adopted by the Prime Minister displays a different demographic as most of the villagers belong to the same Patel community. Mostly farmers, they are better placed in terms of food than the people of Domari.

Kakarahiya has mostly pucca makaans. However, the Pradhan of the village criticised the Uttar Pradesh government calling it “lousy”.

“The government did nothing, no food kits were distributed. I distributed ration in my village with my own money to the migrant workers who have returned from Mumbai,” said Suresh Patel.

The Uttar Pradesh government had reportedly set up “527 community kitchens across its districts and 1.37 lakh food packets have been distributed up till now to the needy. In a bid to prevent people from coming out, the state has built a robust delivery system for delivery of milk, vegetables and grocery following which more than 10 lakh litres of milk have been delivered up till now.”

Villagers who weren’t into farming and worked as daily labourers had a different story to tell. “Chawal hi milta hai, bacchon ko khila dete hain. Ye kaccha makaan hai, aandhi aaye toh bagal ke ghar mein bhaagte hain, kitni pareshaani batayein?” (We only get rice, and feed the kids with it. This is not a cement house, in the rain we run to the neighbours’ for shelter. How many problems should we tell you about?) says Anita Patel, who lives with her husband and two kids. 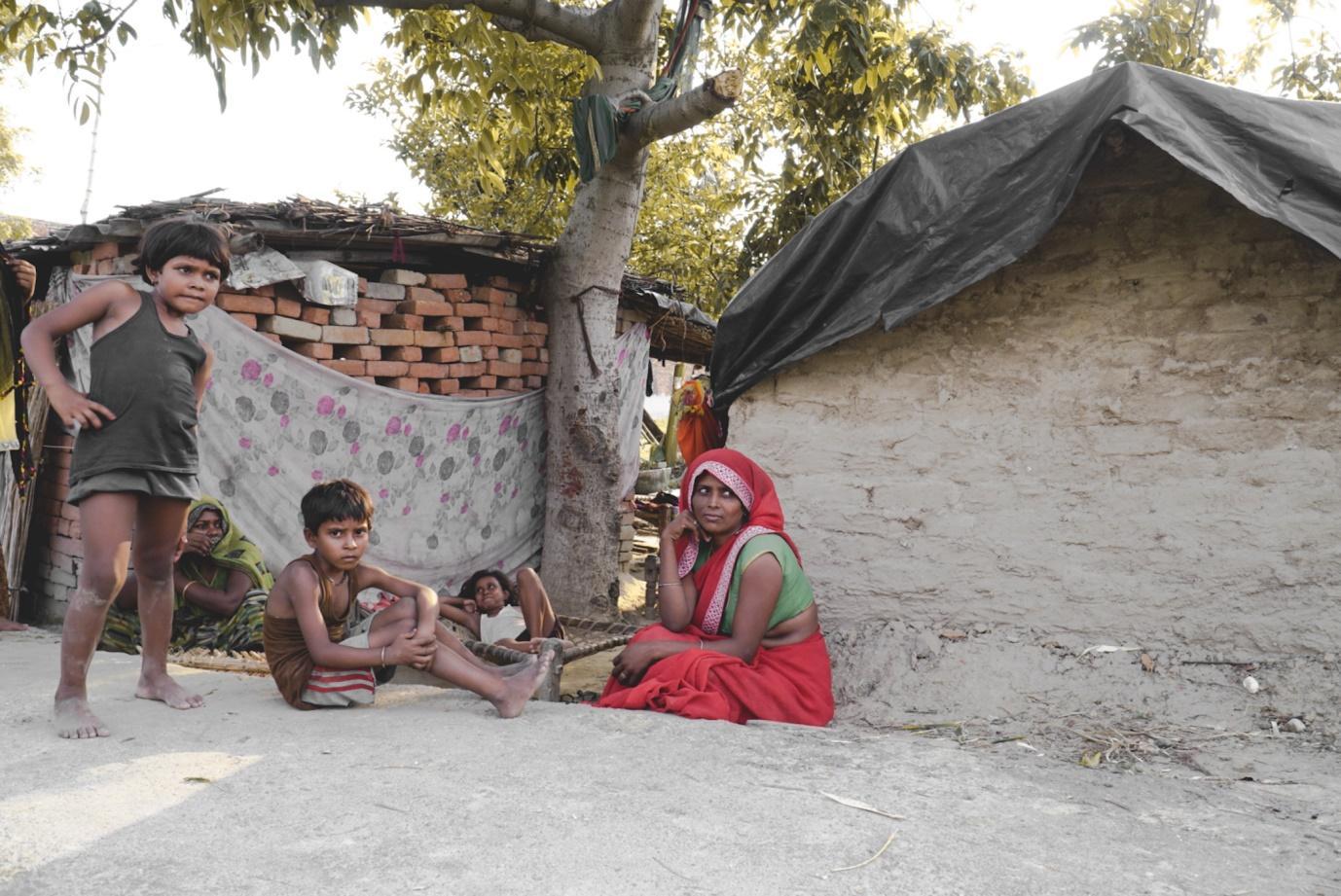 Anita Patel with her kids outside her house which floods during rainfall (Photo: Siddhartha Pandey)

Patel filled out an application for a pucca makaan and is still waiting for a reply from the officials. Her husband was saving to complete the house on his own, but since the lockdown all their savings have gone into feeding the family.

Bakhariyan village, adjacent to Kakarahiya, was once part of the same village. Now separated and dominated by the Harijan Basti, it shares its woes with Chhoti Domari. The residents are mostly Mahatma Gandhi National Rural Employment Guarantee Act workers, about 100 of them, who have not got any wages or work since the lockdown.

The Uttar Pradesh government had promised “Rs 1,000 each to over 16.5 lakh daily wage workers and 20.37 lakh construction workers.” But no one from Bakhariya village has received any money.

Umavati Devi, who is enrolled under the MGNREGA scheme, says “We have tried to complain, but it’s of no use as no one takes us seriously. We are somehow managing our food with the ration we get twice, but you tell me, is rice and flour enough?”

The situation varies from caste to caste. The lowered-caste poor are suffering everywhere, despite governments announcing schemes directed specifically towards them.

The Pradhan of Kakarahiya’s denied the allegation that no one has received the MGNREGA money. “Those whose cards are active – those who have been active for the past five years – have got the money. People who have the card and never worked have not received the money. The government here is not at fault.

“They just want to sit and eat for free, but that is not possible,” Suresh Patel told The Citizen. 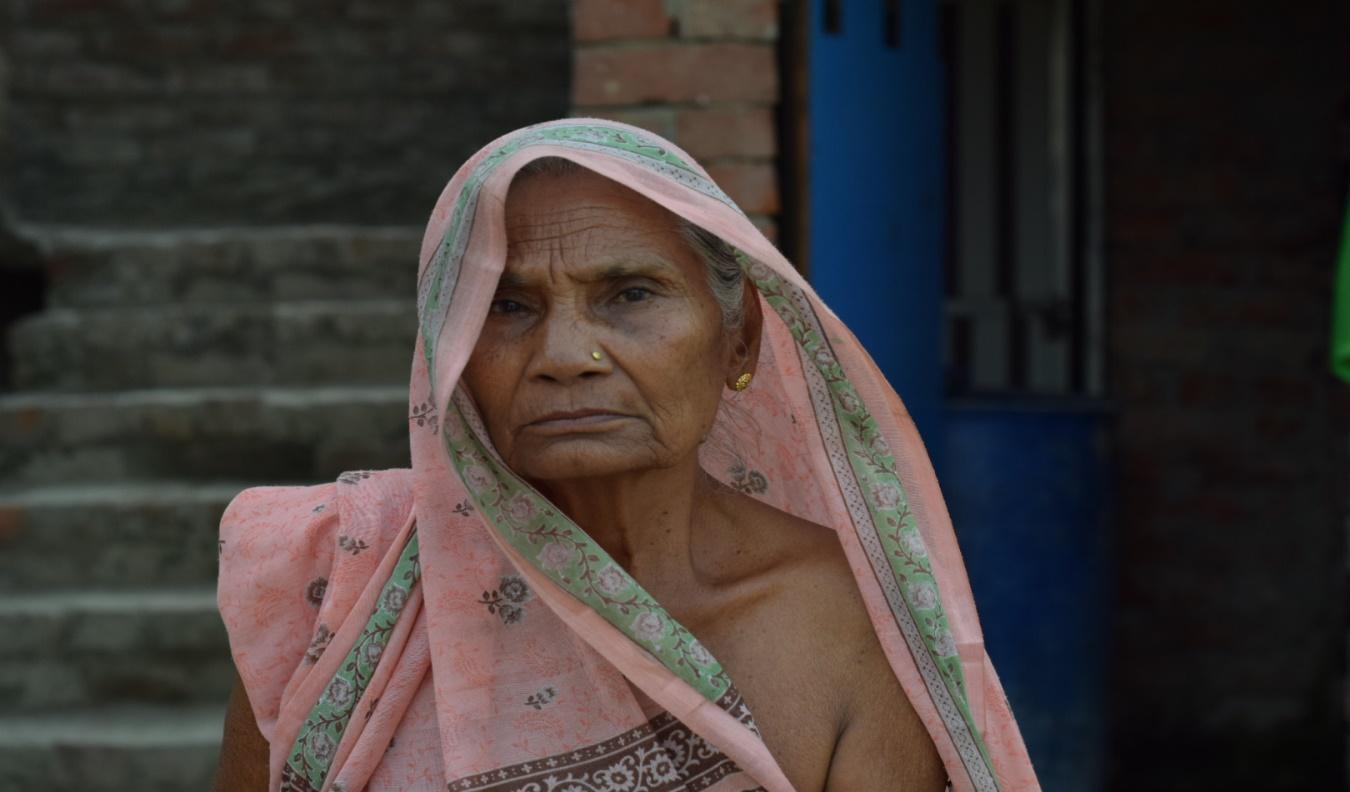 “Thirteen members of my family returned from Surat, Maharashtra in April and have not received any ration so far. There are eleven of us who have ration cards since we have been living here. My other son’s family don’t get any food, as they have come from Surat and do not have ration cards. We manage to feed them by sharing the ration designated to us,” says 50-year-old Dulari from Nagpur, another village adopted by PM Modi.

The Uttar Pradesh government had announced that free food kits would be distributed to the migrant workers returning to their villages.Chief Minister Yogi Adityanath reportedly said the “priority at the moment is to provide good healthcare and means of sustenance, along with skill mapping. Every migrant labourer is being provided with food kits and sustenance allowance, apart from being connected to the skill mapping exercise.”

However, Dulari’s half-family has not received any food-kit or even ration which other card holders are receiving. Dulari further complained that sometimes they don’t even get the entire unit of ration allotted to them as per the strength of the family.

Another villager, Bhaiya Lal, says, “When we protested against the units deducted by the distributor, he said, ‘Humen bhi isi mein khaana peena hai na’ (Don’t I also have to use this to survive?).” 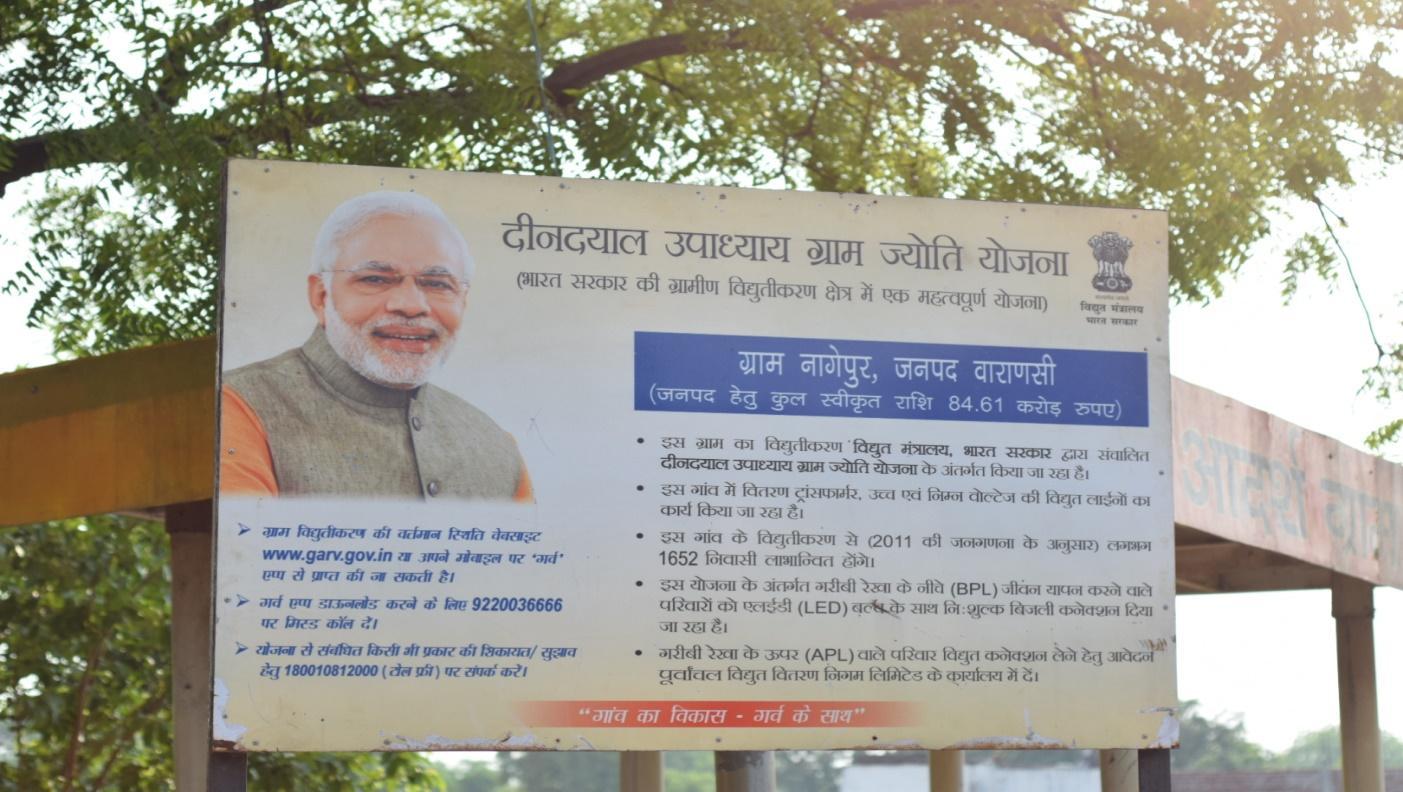 As one enters Nagaepur, PM Modi’s hoarding welcomes the visitor. Anganwadi centres, a school, pucca houses and well maintained roads pave the way in the village where half of MGNREGA workers have still not received the money announced by the Centre.

“We weave saris, and due to lockdown the men have been sitting idle. Ration means flour and rice, how will we survive only on that? We don’t have land where we can grow vegetables and eat. I have been working with MGNREGA for a year and still, now when I need the money, I have nothing.

“They say my name is not in the list, those who were lucky and in the list did get the money, I didn’t,” says Anita, who lives with her husband and three kids in a two-room unplastered house still considered a pucca makaan.

As for the “robust delivery system of milk and vegetables”, Anita shares that her husband and other villagers leave the house at 4 in the morning to get vegetables and other essentials. “My husband was a little late one day and the police started beating him and a few other men at the shop,” she said.

Similarly in many other villages too rations and other essentials were only available from 2am to 5am during the lockdown.

The villagers have now started working in nearby farms and construction sites, but they are scared that the lockdown will be imposed again, as working families here are already in huge debt. 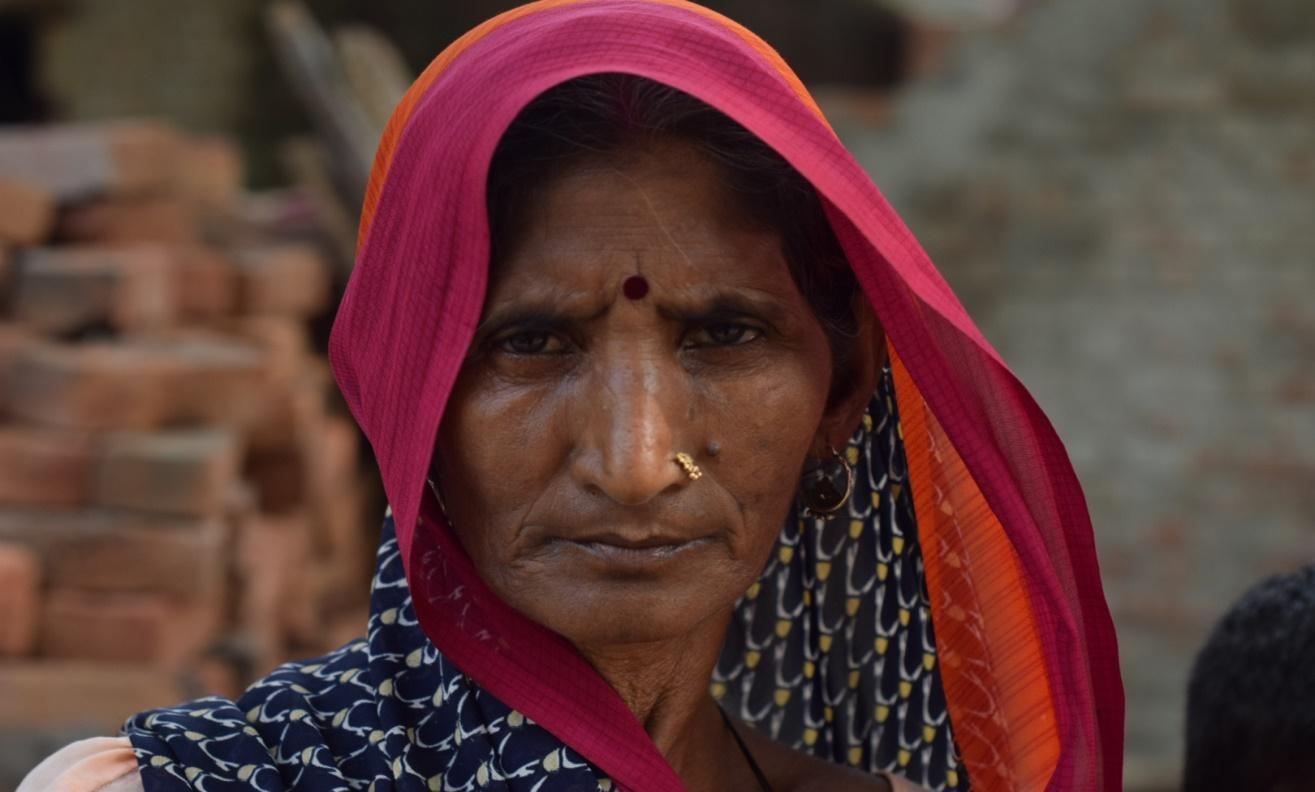 Farthest from the main city lies the very first village adopted by Prime Minister Modi in the district of Varanasi: Jayapur, the best developed of the four. The houses here are big, the schools are painted and there is a regular electricity supply.

As one enters the Harijan basti, however – which is almost in the outskirts of the village around a statue of Dr B.R.Ambedkar sponsored by the PM himself – one hears stories similar to the other villages. Many labourers have not received the money the Centre had announced for workers registered under MGNREGA.

“The solar panel which you see has not been working for the past year. No one is dying, but we are all in debt, because who can survive on insufficient ration which includes only rice and flour? Then they do not even give us the designated ration properly, this is how people die here,” says Jadawati Devi, who lives in Jayapur with her husband and three kids.

The village Pradhan Narayana Patel agreed that rations are “cut” every now and then, but he added, “I asked them to write and give me a letter, they didn’t. What can I do? We know the system and there are shortcomings, but we can’t expect it to go away immediately.”

Amid the proposed schemes and ongoing developments, workers here are surviving on the bare minimum of salt-roti and debts. Is this all that the central and state governments can provide? 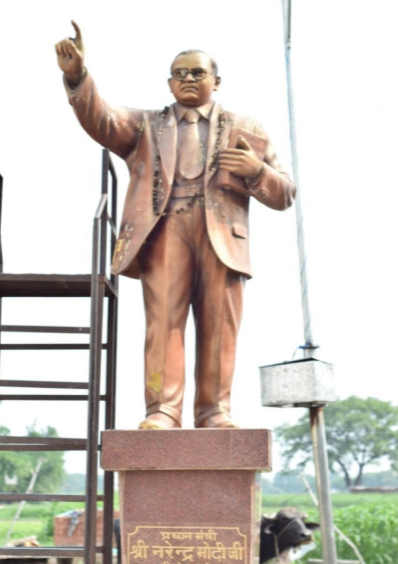