(Actually, a car did not overturn but a government has been saved from being overturned by the secrets that may have been spilled)

A proper sieve is what one may get if one starts poking holes in the police theories of the events after the July 3 ambush in which eight police personnel had been killed by Vikas Dubey and his gang at Bikru village under Chaubeypur police station of Kanpur Dehat.

The police version of Vikas Dubey’s early morning encounter released by the Kanpur police media cell claims that the wanted criminal, carrying Rs 5 lakh on his head had been arrested by the Madhya Pradesh police on July 9, 2020 .

The UP police and Special Task Force (STF) was bringing him to Kanpur apparently without a transit remand, when the car overturned at Bhauti on the outskirts of Kanpur early on Friday injuring Dubey and other police personnel.

Taking advantage of the accident Dubey is said to have snatched a pistol of an injured police personnel and tried to escape. A police team chased asking him to surrender. When Dubey reportedly refused and attacked the police with intent to kill the police fired in self-defense in which Dubey was injured. He was immediately rushed to the hospital where he died undergoing treatment claim the police.

However, when Dubey was brought to Kanpur’s district hospital Lala Lajpat Rai Hospital (Hallet Hospital) he was declared brought dead. Hence, he clearly, did not die during treatment.

Interestingly, media teams had been tracking the 670 km journey from the Ujjain temple where Dubey had dramatically surrendered / had been arrested, by the MP police to Kanpur where Dubey was to appear before court.

A 2.27 am alert in a UP media news group mentions that media is present throughout the route from Jhansi to Jalaun. It also mentioned that a large numbers of media personnel are awaiting the police entourage at the Jaluan toll plaza. At 5.05 am, the ‘most wanted’ reportedly crossed the Ait toll plaza in Jalaun.

Barely two kilometers before the encounter site the STF had reportedly asked the media to keep a distance. It is here that Dubey was reportedly shifted from the car in which he was travelling to another SUV.

It had started raining when Dubey’s vehicle reached Bhauti barely 15 kms before Kanpur.

Here according to the police version, the SUV (UP70 AG 3497) overturned around 6.30 am injuring Dubey and four police officers travelling with him. He is said to have crawled out of the upturned car, snatched the pistol of a police officer escorting him, and started running in the fields.

It is odd that Dubey who had not attempted to escape when an unarmed guard at the Mahakali Temple in Ujjain reportedly first caught, tried to escape from the 15 police and STF personnel accompanying him.

Stranger still is the fact that Dubey was running away from the police despite the fact that he had a rod in one of his legs and was not agile. Police claim that when they chased him he fired at them and they returned the fire in self-defence in which he was injured.

None of the police personnel chasing Dubey suffered any bullet injury. The visuals of his body show blood on Dubey’s chest leading to questions about the report that he was hit on the back while running away.

However, the post mortem report will clarify where exactly he has been hit. As clearly now all this is a matter of detail.

Uttar Pradesh ADG Law and Order Prashant Kumar refused to comment on the encounter claiming that it is a matter of investigation.

With Dubey’s death many secrets of the crime-politics-police nexus will be buried forever.

The encounter of Dubey once again exposes the pathetic condition of the state’s criminal justice system.

Exactly a week ago on Friday July 3 he exterminated eight police officers who had come to arrest him. During this week, the ransom on his head increased from Rs 50,000 to Rs 2.5 lakhs and then Rs 5 lakhs.

During this past week five of Dubey’s gang members were similarly killed in encounters across the state and beyond in very much the same circumstances. Not a single was captured alive.

Was Dubey spilling the beans in court a few hours later really such a threat to the government? Apparently not.

A statement that Dubey had made before an STF team in 2017 has been viral on the social media for days. In the visuals he names at least two sitting BJP MLAs and several other senior politicians as his protectors.

While heads of several police officials have rolled since the July 3 police massacre no harm has come to the politicians Dubey had named as his mentors.

It is common knowledge that due to the terror Dubey wielded none of the 25 police officers and others who were eyewitness to the murder of BJP minister of state Santosh Shukla inside the Shivli police station in Kanpur in 2001 dared to testify against him.

As a result, he was acquitted by the court in 2005 for want of evidence. Is there any guarantee that things would have been different this time?

As Congress General Secretary Priyanka Gandhi Vadra has reacted to Dubey’s end in a tweet:

(The criminal is dead, what about crime and those who protect such criminals.) 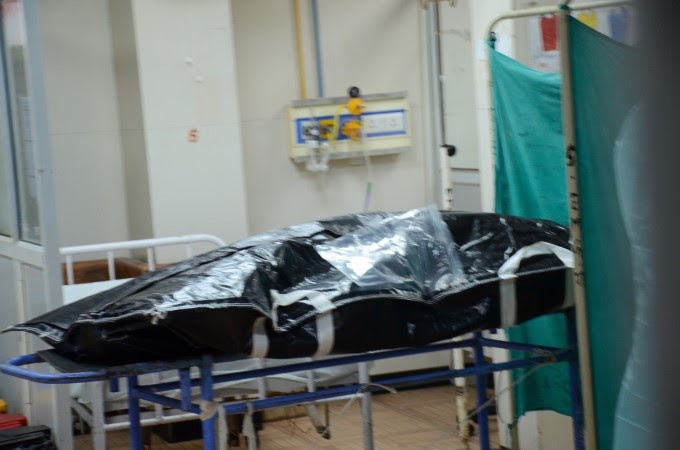