The Last Mushaira at Red Fort, and the Firangi Sahab Who Participated

Seeking the grave of an Urdu shayar, that too since 1986, is an unearthly and somewhat macabre business for a political reporter, but I indulged in it.

That year, while watching the TV serial Bahadur Shah Zafar, I saw a firangi present his shayari (poetry) at the Aakhiri Musha’irah, held in 1857 at Delhi’s Lal Qila.

He was Alexander Haderly. His takhallus was Azad.

Now, the Mir-e-Majlis of that gathering of Delhi’s topmost shayars was the Mughal badshah, Bahadur Shah Zafar, so no second-rated Urdu poet could have been invited.

Azad must have been a first-rate shayar. He was, as per the scant old records available, the only European to have had the honour of being invited to the Aakhiri Musha’irah.

On television the last Mughal emperor invites Haderly to present his verse. Azad is shown sitting next to Pandit Sukhanand, another shayar.

Scant record remains of the last musha’irah. Some say twenty eminent shayars, including Mirza Ghalib, attended it; others that nearly 40 poets had assembled at Lal Qila.

Whatever the numbers might have been, we know details about most of the Urdu poets present there.

Except one! Azad, the Firangi.

Azad is an enigma, an enigma in every sense of the term. We are not sure of his surname: Haderly or Heatherly? We don’t know if he was English or French. He may have been an army officer - or was he a civil servant of the British East India Company?

And my curiosity began.

As I embarked on tracing him, it made me stand in a maze. I was lost. I did not where to begin and where to end. One answered question led to me to another.

How come Azad suddenly evaporated after the Ghaddar or Sepoy Mutiny of 1857? What happened to him? If he was a well known Delhi shayar, why don’t we have books of his poetry? 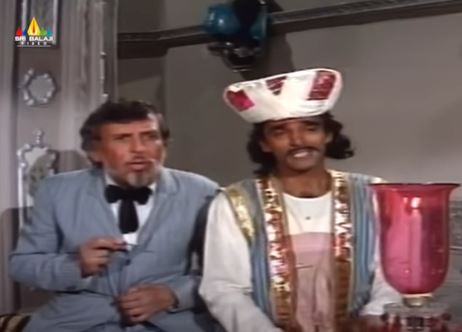 He is mentioned in old documents as Captain Alexander Heatherly, and also Haderly. And if he was an army officer, why doesn’t his name figure in the Company records?

I decided to look for his gravestone: in Delhi, Alwar and Jhajjar, the cities associated with Azad. But I failed to find his last resting place.

It wasn’t until 2019 that I would come to know a little more about him, and even see a painting of his done by Ghulam Ali Khan. Painted in 1849, it shows Alexander Haderly seated at the court of the last nawab of Jhajjar, Abd al-Rahman Khan.

In 1994 the British Library acquired this painting. In 2012 it was displayed at an exhibition of Mughal India: Art, Culture and Empire organised in London.

I am extremely thankful to J.P. Losty who, in 2019, uploaded his research on Alexander Heatherly Azad in the British Library portal which includes this painting.

I do not know Losty, but I am indebted to him for bringing me closer to discovering the secret of the only firangi shayar invited to the Aakhiri Musha’irah.

Now you will come to see how Azad really is a riddle.

In the 1849 painting by Ghulam Ali Khan of Jhajjar, his name is written in Perso-Arabic script which spells Alakzandar Hadarli Sahab.

In Beale’s Oriental Biographical Dictionary, a little entry can be found that names him Captain Alexander Hiderley Azad. Other documents say Heatherly.

Beale’s mention of the term “Captain” means he was an army officer. Which army? Did he serve the British East India Company or the French army, or yet the army of a native maharaja or nawab?

We know there is no mention of him in the East India Company army records. Besides, the painting by Ghulam Ali Khan presents him more as a minor civil servant than an army officer.

But the dress he is shown wearing does not match with the traditional dress code of a civil servant of the East India Company.

The British Library had given little bit of information on him. They say he was ‘country-born’. In those days it described the children of mixed marriages: the father British (or French, Dutch or Armenian) and the mother a Hindustanee Hindoo or Moslem.

Beale’s entry says Azad served the Maharao Raja of Alwar (where he is believed to have died): “Captain Alexander Hiderley Azad, in the service of the Raja of Alwar, was a good poet and left a small Diwan in Urdu.”

Now, where is a copy of that Diwan (collected works) mentioned by Beale? Most published works of the Urdu poets of 1857 are still available. Why is Azad’s Diwan missing?

Enter another riddle. The British researchers scanned the Christian cemetery of Alwar, and the grave that they found with the surname was not that of a man, but a woman.

But let us look at another riddle first: Azad is said to have been in the service of Alwar Maharaja in 1849, but the Ghulam Ali Khan painting of that year shows him in the court of the Nawab of Jhajjar.

If our beloved shayar was in the service of Alwar, what was he doing with the Nawab of Jhajjar?

We have no answer to it. But he must have been very close to the nawab, else the court painter would not have painted him. He could have been excluded from the painting. But it was not so.

Like me, others have also tried to locate his grave – even the London-based British Association for Cemeteries in South Asia or BACSA, which meticulously documents the tombstones of Britons, Irishmen and Scots who died in foreign lands including Imperial India, comprising today’s India, Bangladesh, Mayanmar, Sri Lanka, Afghanistan and Pakistan.

BACSA call them the Garden Graves.

If Azad died indeed in 1861, they have no record of him. And BACSA most meticulously chronicles those graves and their present conditions.

I have visited many such Garden Graves in different cities in Hindustan, but found no trace of our beloved Azad.

The BACSA’s Alwar cemetery is well documented, and there is indeed an entry on a Heatherly, interred in 1861.

That Heatherly, however, was not our Azad. It was Eva Heatherly, wife of a George Heatherly, who was Superintendent of Jails at Alwar and died in 1901 in Delhi.

Is there any doubt that Azad really was a riddle? 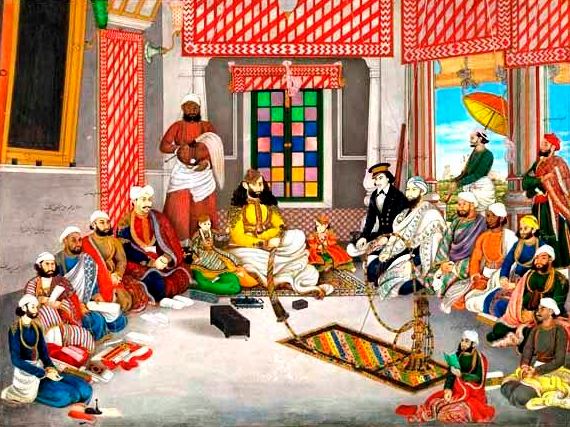