'We cannot let the demolition go through, we have no option but to fight'

A fortnight ago the Supreme Court ordered the “removal” of nearly 48,000 homes and families along a 140 km stretch of railway in New Delhi. It called them encroachments to be removed in three months’ time, “and no interference, political or otherwise, should be there and no Court shall grant any stay with respect to removal of the encroachments in the area”.

The court’s actions will uproot thousands of people. A petition challenging the order was filed recently by Ajay Maken, formerly a minister and Congress MP from New Delhi. In response, the Centre informed the top court that a decision was still to be taken, and demolition will not commence till a decision is taken jointly by the Centre and Delhi government.

“We have been living here for the past 25 years” says Shakuntala Devi who runs a shop in the area. “Our entire livelihood is based here, and this is our home. The government wants to take our homes and our livelihood. Where will we go? We cannot let the demolition go through, we have no option but to fight.”

Another resident, Sita says “we left our homes in our village 20 years ago and came here in search of a living. This has been our only home since then. Where will we go with our kids?”

Nearby stands the Samudayik Utthan Valwadi School, whose caretaker Shanti explains: “This is an Anganwadi school and has been functioning for 35 years. If they demolish this school then where will the kids go to study?”

Mukul, a Class 10 student, says “the government must give us compensation or a roof over our head, or else where will we live?”

Residents say the Indian Railways has already demolished a part of Keshavpuram Jhuggi, illegally. They were not given any notice for evacuation or demolition even though the SC ultimatum was for three months.

Tasleem, a resident, recalls the day:

“We were not given any notice, and they didn’t even let us remove the electricity or our food and things. Everything is destroyed. They came during the day when we had gone for work and only the women and children were at home,” she states.

“Now we are forced to sleep on the railway tracks during this pandemic. What about our health? We also don’t want to live in these conditions. We want rehabilitation. The state government must listen to our concerns.”

The CPI-ML has been actively campaigning and leading protest demonstrations in the area, and with residents recently conducted a two-day Warning Hunger Strike. Media reports say the city AAP and BJP have been blaming each other for the crisis looming over these homes.

According to Hemanti Devi, who left her home in Bihar to come here with her family,

“Since the lockdown we have earned money only with much difficulty, and now the government is planning to take away our homes. Both Modi and Kejriwal made promises and now they are hiding their faces. Give us rehabilitation before breaking our homes, or else we will have no option but to fight.” 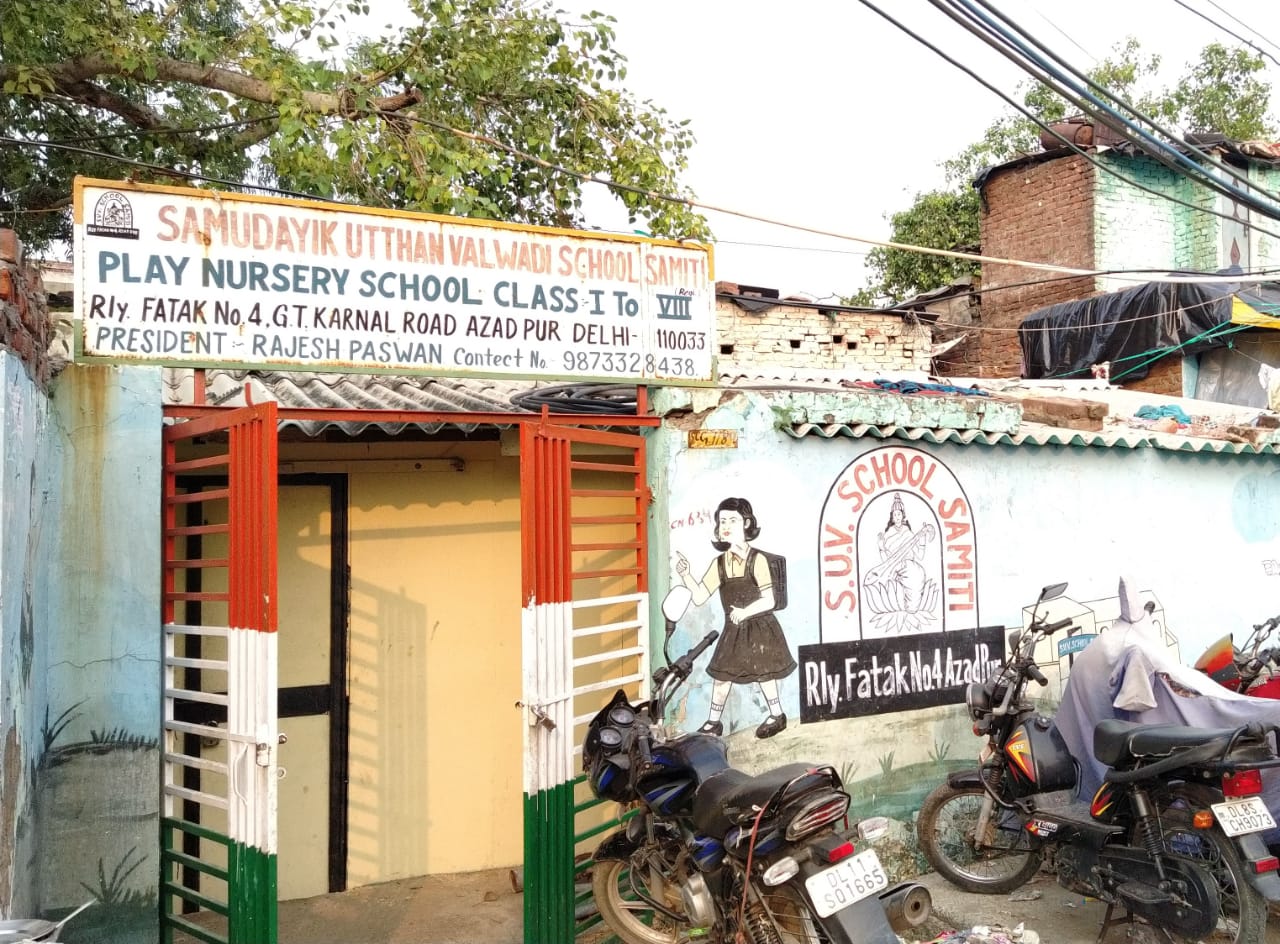 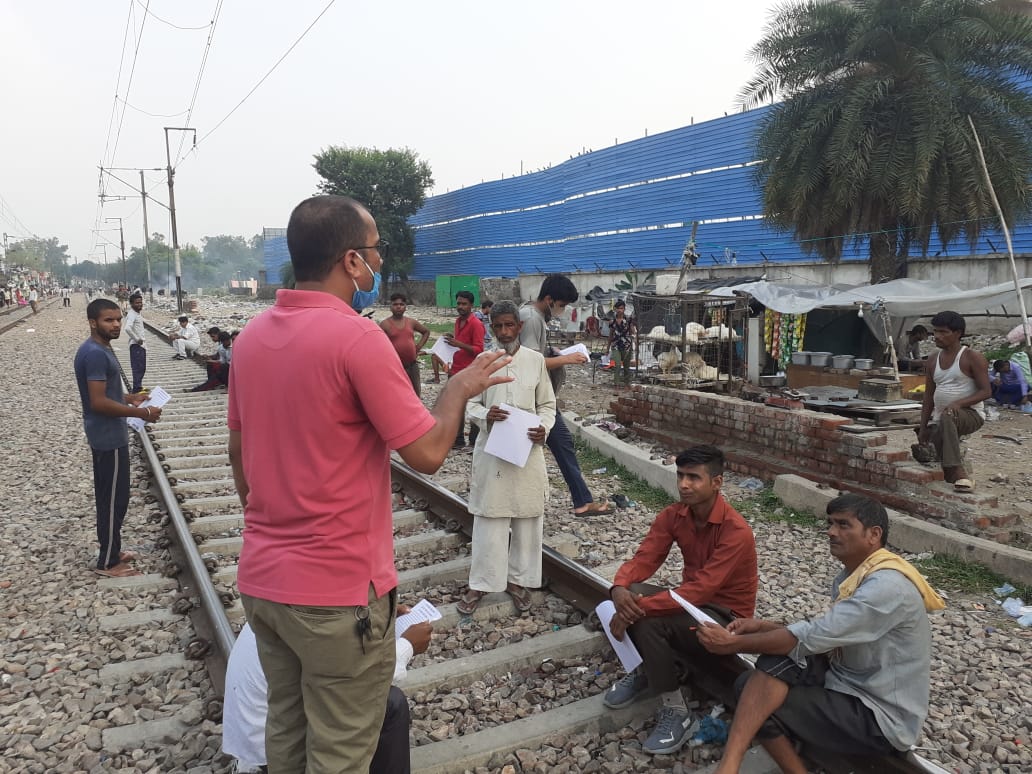 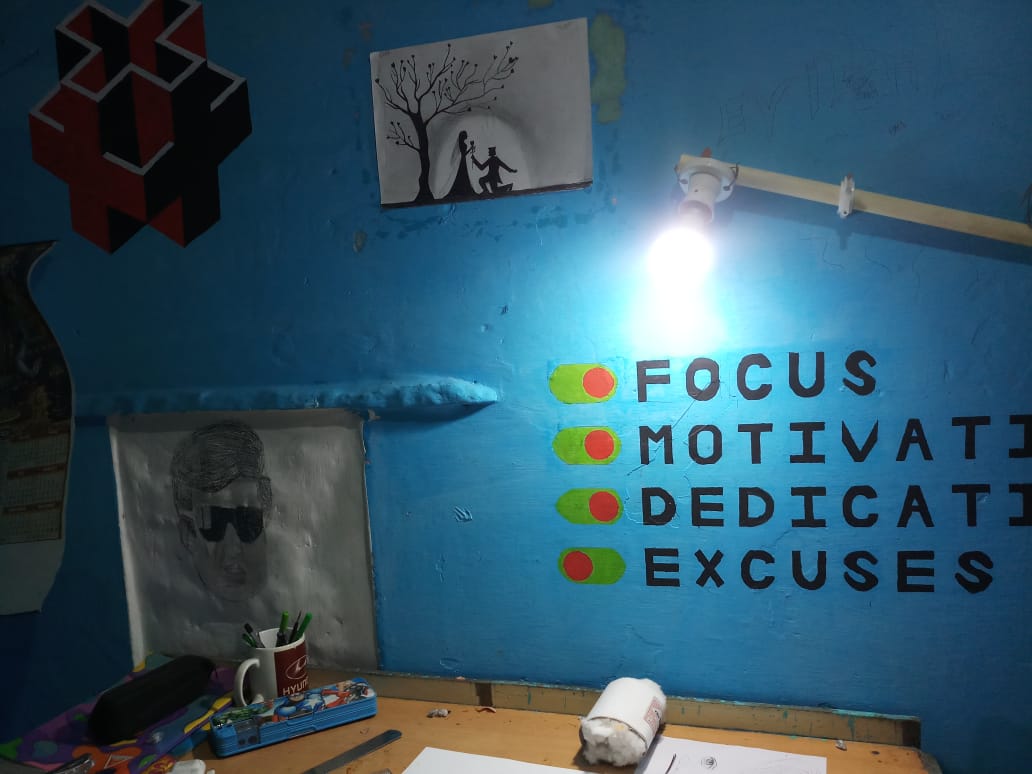 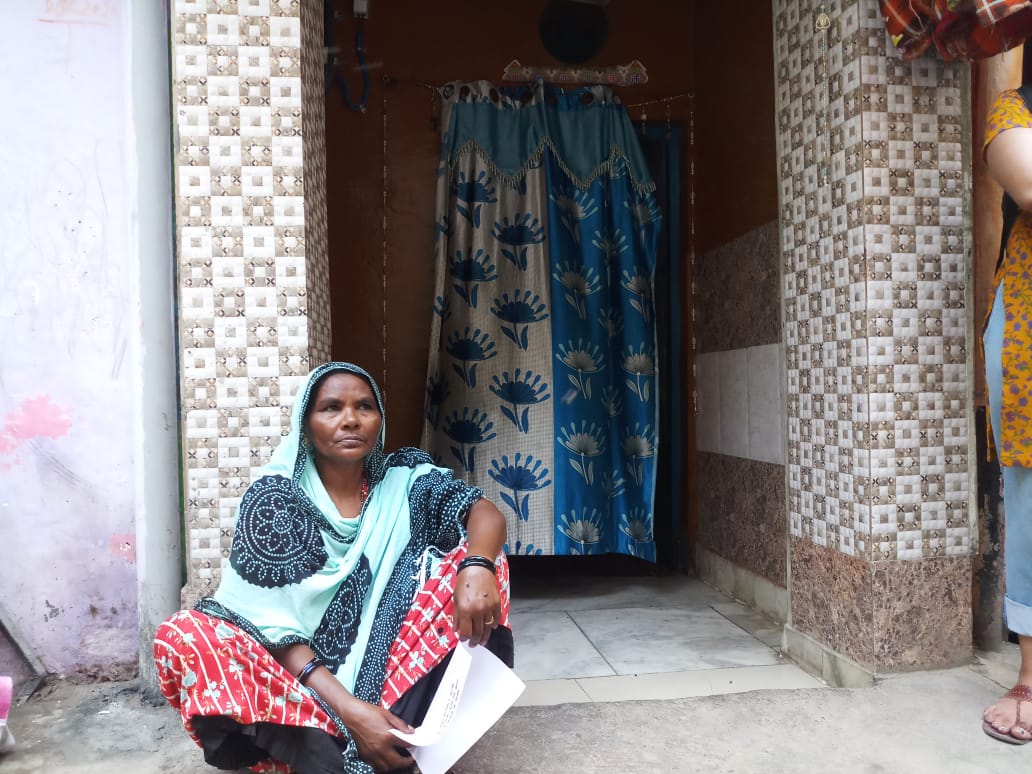 Dolan Samanta is a research scholar at the Jawaharlal Nehru University