Appeal to the university administration to repeal the decision

Students, alumni and faculty members across several campuses of Tata Institute of Social Sciences (TISS) have condemned the appointment of Col. R M Joshi as the Registrar of the institute, whom they term to be “problematic” and “dangerous” for this administrative post.

Addressing their concerns to the Governing Board of TISS in a petition, the 1568 signatories cited Joshi’s alleged “bigoted and hateful views” regarding Muslims, “sexist remarks on women” and his stance “against reservation for marginalised students” as reasons to demand the revocation of the appointment.

Signatories claimed that the appointed official had expressed hateful views regarding critical democratic voices and even supported police brutality on students. Expressing their “utter discomfort and anger” at the administrative decision, the students, alumni and faculty members alleged that Joshi had shared opinions on social media platforms that “clearly point at Islamophobic tendencies and a complete contempt for affirmative action implemented for marginalised sections.”

“His posts also indicate his aversive views against social activism, protests and social movements of the oppressed sections. It is shocking to find that the governing board has agreed for such an appointment without (or after) checking into the background of such an official,” they wrote in their petition.

The signatories note that the appointment of Joshi “gives greater evidence of saffronisation of university campuses by the central government.” Citing instances of Jawaharlal Nehru University and Hyderabad Central University, they stated that the appointment of officials conforming to “extreme hateful majoritarian beliefs” at top levels has led to violence and intimidation of student voices across educational institutions.

“His appointment creates an environment of fear in the campus,” stated the press release. The signatories raised concerns regarding the appointment of an individual “who doesn’t

believe in the basic ideals of social justice” to an important position in a social sciences institute, claiming it raises doubts on the founding principles of TISS.

“A university which provides space to the students to study social work, social activism and social movements can’t possibly employ someone as an administrative head, whose attitude is one of bias, hatred, disregard for the principles of social justice, equality and freedom,” the students said.

They appealed to the university administration to repeal the decision appointing Joshi as Registrar and also requested the governing body to look into the matter and initiate an inquiry.

Apart from the petition addressed to the Governing Body, statements have been released by various alumni batches and student collectives. Concerns and requests to the same effect have also been raised by more than 19 courses at TISS. 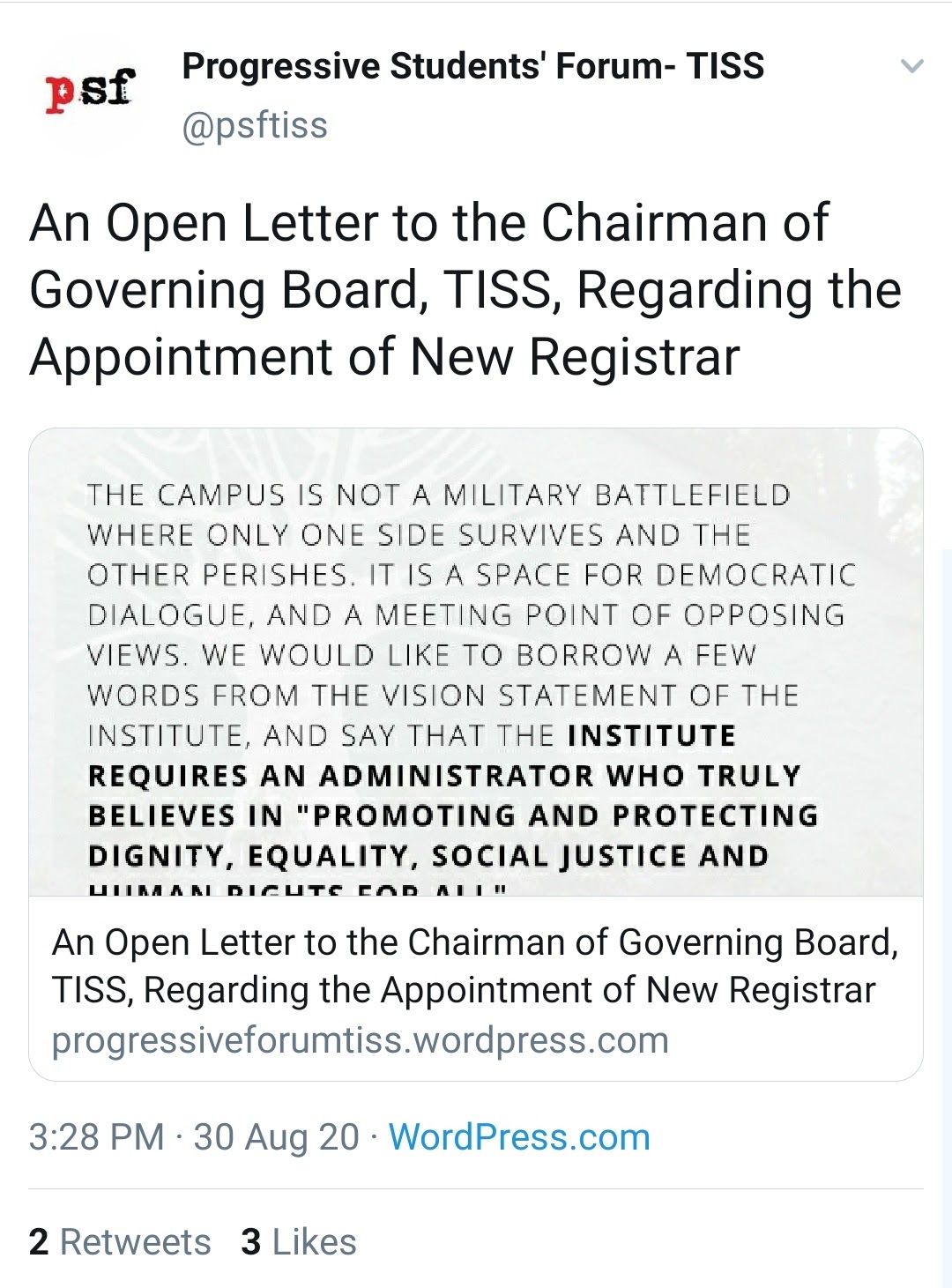 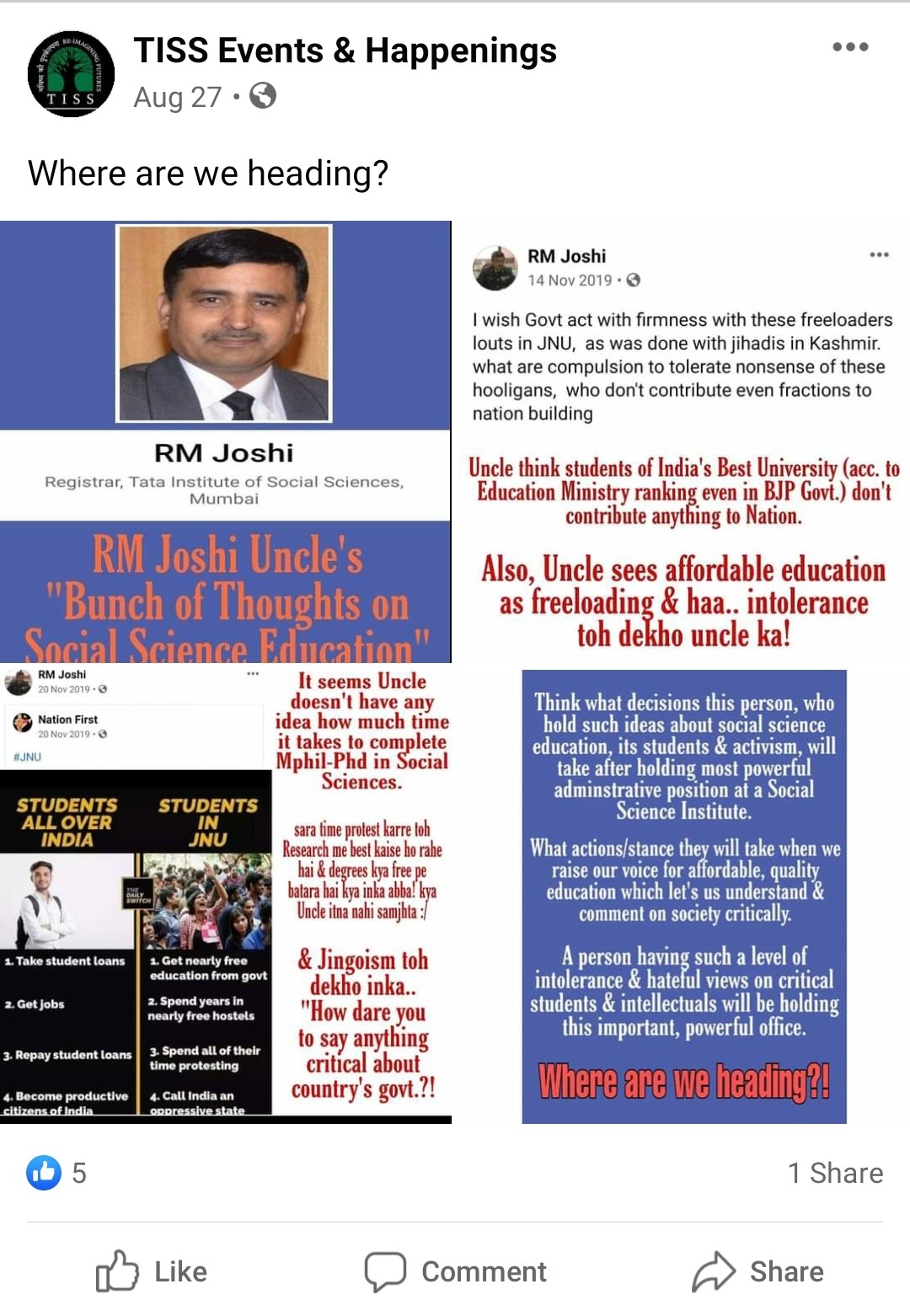