‘We found the youth are undergoing severe difficulties’

On September 2, Mohsin Ali, a student, went to attend a Muharram majalis, a session for the mourning of Imam Hussain, the grandson of Prophet Mohammad who was killed in the battle of Karbala some 1400 years ago.

Ali drove to Karipora village a mile from his home in central Kashmir’s Budgam district. After the session, when the participants were being served food, he was astonished to find one of his former classmates donning the attire of a waza (cook).

“I was shocked. I could not react when he came to serve us food,” says Ali, a BA graduate. He points out that the education system in Kashmir has been broken by the ongoing conflict.

“This is what consecutive lockdowns have done to us,” he said. The 23-year-old student, who is mulling a master’s degree in political science, said the situation forced his friend to become a waza, which “should not have happened”.

As though seeing his batchmate working as an underpaid cook was not enough, he found another classmate driving a passenger vehicle just outside his home. “I was left with tears in my eyes. Those who should lead have become cooks and drivers,” he says.

Lockdowns are not a new phenomenon in Kashmir, a region home to some 1.5 million students whose sources of education are often closed down. Here any untoward incident results in the padlocking of schools, colleges, universities and other private tuition centers.

Nasir Khuemani, spokesperson of the Jammu and Kashmir Students Association, says education has taken a major hit since the Indian Parliament revoked Article 370. And not for the first time.

“Education in the valley always gets affected, whether it was after the death of Burhan Wani in 2016 or the abrogation of Article 370. We have seen turmoil. Kashmir’s education system since 2008 has been majorly filled with turmoil. It has been more than 13 months that schools and colleges have been shut,” Khuemani told The Citizen. 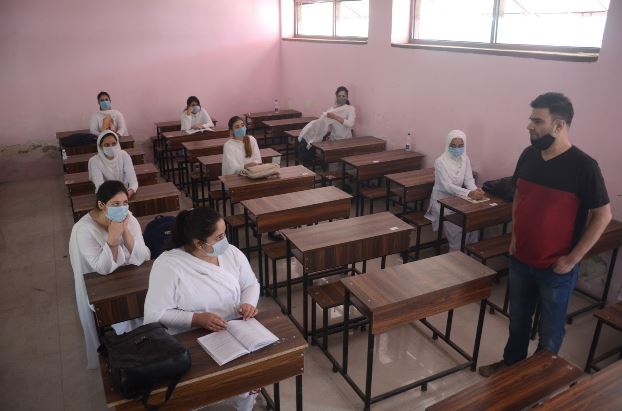 The administration ordered educational institutions closed for nearly seven months following Parliament’s decision to read down Kashmir’s semi-autonomous status on August 5, 2019 and divide the state into two territories (Jammu & Kashmir and Ladakh) governed directly by the Union. Internet access was also closed off; over a year later it is still restricted to 2G speeds.

Schools had barely opened in late February when the Covid-19 lockdown began. “My niece and nephews have not been able to go to school. Their uniforms have become old and too small to wear,” says Khuemani.

After more than a year, schools for students from classes 9 to 12 reopened from September 22, amidst the pandemic.

Before the announcement abrogating Article 370, all communication channels, including internet and landline services were cut and a siege was imposed with soldiers marching on the streets.

In 2017 the Indian government had shut schools on several occasions to curb student protests after Indian armed forces barged inside a college in Pulwama in April that year. Many were injured.

In 2016 educational institutions were closed for around eight months following the death of 21 year old Burhan Wani on July 8. The region also witnesses shutdowns of schools after every curfew, protest, civilian killing and encounter, among other conflicts. 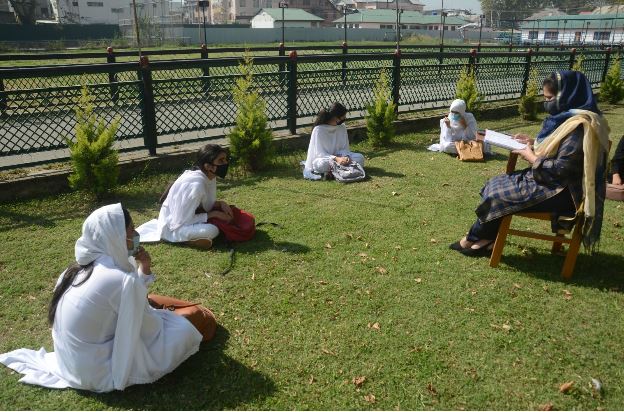 In June this year, United Nations Secretary-General Antonio Guterres raised concerns about the treatment of children in Indian Kashmir. According to a 2019 UN report, Indian security forces detained eight children between the ages of nine and 17 on national-security related charges. It also confirmed attacks on nine schools in the region by “unidentified elements”.

The coronavirus pandemic has worsened the situation. Several schools and universities have been converted into covid quarantine centres and only very few children can join online classes because of internet restrictions.

Besides the ban on high-speed internet, “about 20% of students in the rural part of Kashmir have no access to technology. For these students, open classrooms were created near their schools,” says Aadil Iqbal, an official associated with a government school in Kupwara.

Since the pandemic lockdown, “it is only now in September that the government has reached out” to these students”, says Iqbal.

Students in Kashmir are moving backward. According to Nadia Ali, a history teacher in the Valley, since the pandemic the whole world has shifted to e-learning but “we are facing issues… The low-speed internet often gets disconnected, resulting in losing the concentration of students towards the lecture.” 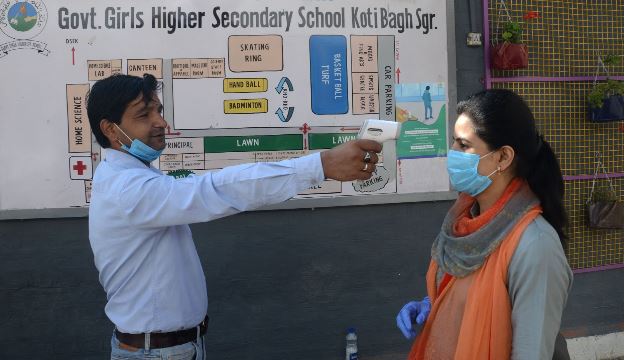 A few days before he saw his classmates doing manual work, on August 29 Mohsin Ali organised an informal session with eight friends in his home. They wanted to discuss the Kashmir situation with a focus on students’ plight.

“After a threadbare discussion, we found the youth are undergoing severe difficulties; some are suffering from anxiety and some have family pressures over their uncertain future,” he stated.

Ali explained how students are the worst sufferers. “Now, more than a year has passed and thousands of students continue to remain out of schools. This time, the reason for closing schools is the Covid-19 lockdown.”

He completed his graduation in March after more than four years as a regular student, compared with three years in other parts of mainland India — thanks to the faculty semester system of Kashmir University introduced in 2015.

Sitting in his home, Ali says he has heard from his friends that many students’ parents ask their wards to leave studies and start a business, citing uncertainty over the future of education. “It is very disturbing to see this.”

He thinks their disrupted education results in students’ leaving school or college to opt for odd jobs, like his two classmates.

“Not all students leave studies due to financial constraints, but some have other reasons like they are more concerned about their future and they don’t want to see their parents do all the work while they sit idle. They can’t control their emotions and eventually leave studies,” he explains.

“Education should not be allowed to get disturbed, no matter what the situation is. It is the duty of the government and people as well, to keep the studies going. Schools should be allowed to remain functional in the worst situations. We can’t compromise with the future of youth who are the nation builders,” says Ali.

He is waiting to take his entrance exams for the Jamia Millia Islamia university in Delhi. College students in Kashmir have given their examinations on a 2G network, and many had to physically go to the exam centre when covid cases were on the rise.

Syed Irfan Safvi, a BBA student at the Islamic University of Science and Technology in Pulwama, says that besides losing youth and the economy to a three-decade-old turmoil, Kashmiris’ education has seen a major setback due to untoward incidents.

He thinks the need of the hour is to let students study without any interference, in a free environment.

“We should apprise people from all shades to not disturb education, as a pen can prove more effective in highlighting the social, religious, political, and human rights issues.”

“We also have the option of online classes, but whenever anything happens, the first step people at the helm take is to snatch the internet or throttle its speed. It must be stopped,” Safvi told The Citizen. 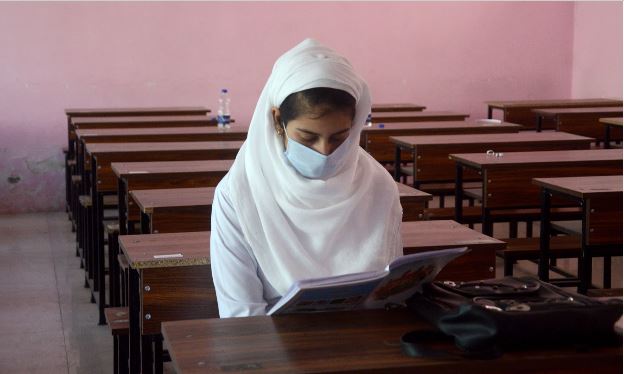 Many like Shabir Ahmed Najar, assistant professor of sociology at a Srinagar college, are of the view that the local committees should take the lead amidst uncertainty. They say that mohalla (neighbourhood) level bodies should hire teachers themselves, instead of making students bear the brunt.

Frequently closing down schools, Najar explained, results in lowering the speed and losing the rhythm of students. “Teachers can play a leading role and give their best so that the students won’t suffer… More concentration and focus should be laid on those students who are not economically sound.”

As for virtual learning, Najar, who teaches at Abdul Ahad Azad Memorial Degree College Bemina in Srinagar, thinks “the face-to-face impression is not possible through digital platforms. However, the situation sometimes demands online education.”

He raised two issues with e-learning: one, many students have no access to the internet particularly in areas far from the cities. Second, many teachers have no knowledge of the internet.

“In order to make e-learning a success, the government should make 4G internet facility available to far-off places and give the much-needed training to teachers who are not well versed in digital platforms.”

A few criticised the education policy-makers and decision-takers for their “lackadaisical approach” towards the plight of students, and called for urgent reform.

Maths teacher Mohammad Abbas Bhat said that given the prevailing uncertainty, the authorities are obliged to take some concrete steps in the form of “appropriate postings” of teachers.

“Teachers are posted over 50 miles away from their places. For instance, South Kashmir teachers are transferred to the northern part of the valley.” He wondered how they would visit their posts and teach students during curfews.

Abbas believes that if teachers were posted to nearby areas it would help students to a great extent. “Teachers can easily be accessible to students even in the worst situations. They can easily conduct classes in localities.”

The bigger question, however, is who will bring back the wasted time of these students, who have not visited their schools in over a year. How will college students aspire to better jobs, higher studies and a peaceful life, if universities are shut down the majority of the time?

How will children in Kashmir educate themselves like students in India and other parts of the world?

The uncertain future that looms over the Valley has left not only adults but children too in despair.

Photos BASIT ZARGAR for The Citizen