The Farmers Agitation Moves Punjab To Resurrect its ‘Real’ Heroes

The Robin Hood of Punjab

CHANDIGARH: A movement, parallel to the farmers agitation, is sweeping across Punjab. To resurrect the ‘real heroes’ of India’s freedom movement that came from this land of the five rivers. The movement is embracing those independence era heroes who fought for the rights of the farmers while opposing imperialism and colonialism.

Ghadarites like Kartar Singh Sarabha and his associates, Bhagat Singh, Udham Singh and folk hero Dulla (Abdullah) Bhatti reverberate in the rural hinterland wherever there is a gathering to discuss the stance of the centre- farmer relations, and the newly passed agriculture laws that are viewed here as ‘anti Punjab and anti Punjabi. Interestingly, people from all walks of life are involved in some or the other way in promoting this movement to resurrect who they all describe as the real heroes of the land.

“One can hear slogans for these heroes at every meeting with speakers dwelling at some length on what they stood for. There is a particular emphasis on the values of federalism that all of them had propagated while fighting the British. The people are being told that things have not changed despite the British leaving India as the masses continue to be misled and exploited by ‘Kale Angrez’ (native exploiters in top positions). They are being told that it is in this context that the values and ideology of Bhagat Singh, Udham Singh and Kartar Singh Sarabha are most relevant today,” according to an observer who has been regularly attending the farmers’ protests.

An interesting aspect of the movement is the emergence of Dulla Bhatti in the narrative. This folk hero is referred to as the ‘Robin Hood of Punjab’ in medieval India who is said to have led a revolt against the Mughal Emperor Akbar for securing the rights of the farmers. Many see him as a symbol of ‘social banditry’ in this region and there are hundreds of songs that people in the Punjabs on both sides of the border sing to celebrate his valour.

“People see him as a very secular character who fought for the masses. In Punjab hereno one looks at him as a Muslim. He is instead looked upon as a symbol of Punjabiyat and the spirit to stand up against what is wrong. One can hear the song ‘aao uttho Dulle de wariso’ at many of the ongoing protest sites. Dulla Bhatti is a character that reflects the revolutionary spirit of Punjab,” the observer added.

One of the important events that reflect the prevailing sentiment and the movement to resurrect the heroes was seen during the observing of the martyrdom of Sarabha and his comrades at his native Sarabha village in Ludhiana on Monday. Hundreds of people descended on the venue to attend a conference where speakers spoke of the ideology of Ghadarites, the role the Ghadar movement played in the freedom struggle and also the attitude of the central government towards Punjab. The event had been organized by progressive groups of students and others.

“We had carried out an awareness drive for more than a month going door to door from village to village to make this event a success. We distributed pamphlets to more than 50,000 Punjabis telling them why we need to reflect back on what the Ghadari Babas, as the leaders are fondly remembered, stood for and how they countered the British. We told them through lectures, songs, poetry and plays why Punjab has to resist the imposition of false heroes upon its youth. On one side we have youth icons like Bhagat Singh and Udham Singh and on the other are the ‘false icons’ who tendered apologies to the British who are being made great through sustained efforts,” said Gurman Singh of Punjab Students Union (Lalkar), one of the organizers of the event at Sarabha village.

“We have to tell the people how the Ghadar leaders returned to their homeland to take on the British. We have also to learn from their shortcomings and how the same can be improved upon,” he added.

Chhinder Pal of Naujawan Bharat Sabha added, “The people understand that they are now facing colonists of a different kind today who are backed by the corporates in their drive to plunder the masses. While earlier it was the plundering of minerals and other wealth, the new agricultural laws would amount to loot of farmers’ food grains causing food insecurity.”

He underlined the need to tell the common people and youth in particular about the ‘Inquilabi’ heritage of Punjab. “During our interactions with the youth over the last several months we have realized that the youngsters in Punjab are politically inclined and well versed with the developments across the country. They are also well versed with the attempts to suppress the marginalized communities as well as the working class. That is why attempts are being made to divert their attention,” he pointed out.

Observers speak of how the occasion of Bhagat Singh’s birthday on September 28 was used to mobilize the masses for the bandh called on October 5. The youngsters had moved around the villages carrying pictures of the revolutionary hero and placards with his messages written on them calling upon the masses to stand up for their federal rights.

On November 16, alongside Sarabha, the people also remembered his comrades at several places across the state. The speakers at various events talked at length about the sacrifices of Vishnu Ganesh Pingle, Harnam Singh Sialkotia, Jagtar Singh Sur, Bakshish Singh, Surain Singh (Vadda) and Surain Singh (Chotta).

The people were told how the Ghadar Party was different from the other parties of the time as it promoted secular values while taking forward the freedom struggle in a sustained manner.

The move to promote real heroes has even entered the domain of the social media with several Punjabis sharing pictures of the heroes with catch slogans. Many of them have replaced their profile pictures on social networking sites with the pictures of Sarabha, Udham Singh and Bhagat Singh besides others. 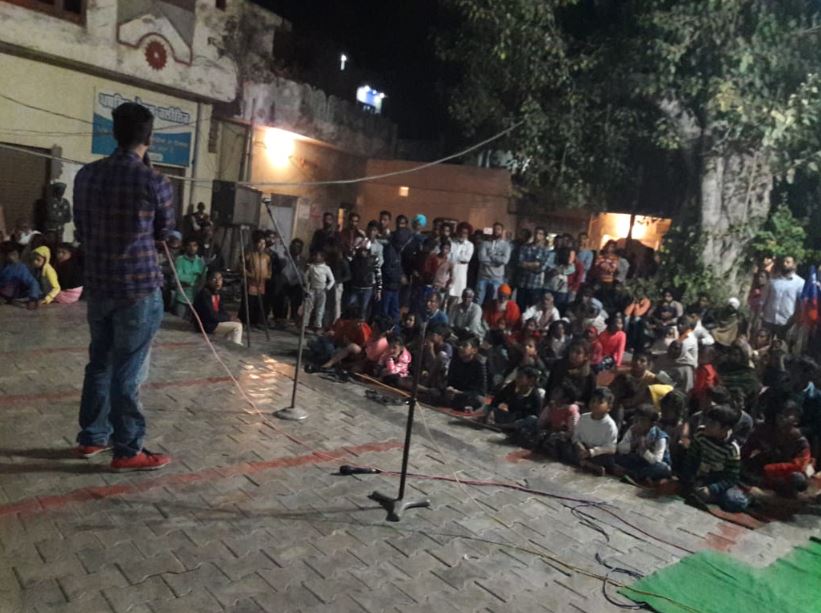