Indira Gandhi: Her Triumphs and Failures

As the country remembers Indira Gandhi on her 103rd birthday and her long incumbency of 192 months as India’s Prime Minister, it seems a strange political paradox that one should be instinctively comparing her persona and style of functioning with that of the incumbent Prime Minister Narendra Modi. Even though ideologically, the two are poles apart, yet there is some uncanny sameness in their administrative and political stance.

The most momentous event that changed the geopolitical map of sub-continent had occurred in 1971 with the beginning of the liberation war in East Pakistan against the imposition of Urdu language and dominance of Punjabi culture and elite by the then Pakistani rulers. It turned into a direct military confrontation between India and Pakistan with India providing full support to the Bengali Nationalist Forces.

It just lasted 13 days from 3 December to 16 December 1971 and when the Pakistan’s armed forces laid down their arms at a formal surrender ceremony in Dhaka before the joint command of the Indian armed forces and Bangladesh’s Mukti Bahini. Over 93,000 prisoners of war were taken. It was one of the shortest wars in history but led to the birth of a new state. It was the cruelest blow on Pakistan that had lost its bigger part in Bangladesh, leaving it just a truncated country.

However,her otherwise immaculate record as the Prime Minister was greatly marred when on June 25 1975 she recklessly imposed internal emergency merely to save her own political career after her membership of the Lok Sabha was disbarred by the Allahabad High Court.

All the leaders in the Opposition including veterans like Morarji Desai, Jai Prakash Narayan, Atal Bihari Vajpayee, LK Advani, Charan Singh, George Fernandes and even dissident Congress leaders like Chandra Shekhar were put behind bars. Strict censorship was imposed, and electric supply to newspaper offices was cut off. The Indian Express owner Ram Nath Goenka and its then editors displayed enough guts and gumption, and brought out a blank newspaper after two days of forced closure.

Many of the top journalists were arrested. A reign of terror and suppression followed with a view to curbing any dissent. Organizations such as RSS, Anand Marg, Jamaat-e-Islaami were banned. Ms. Gandhi’s spoilt son Sanjay and his Youth Congress goons ran amuck, particularly in enforcing family planning; at times young married men were forcibly vasectomized.

Perhaps realizing her folly and to ease her conscience, Indira Gandhi announced general elections in 1977 in which Janata Party won hands down. Even Indira Gandhi herself and her son Sanjay lost their respective seats. The Janata rule of less than three years was a saga of one misadventure after another. In that short period, there were two Prime Ministers. When elections were held in 1980, Indira Gandhi made a triumphant return to power winning 351 out of total of 542 seats.

However, she was not destined to complete her full term. On the fateful day of October 31, 1984 she was shot dead by one of her security guards. At that moment, I was sitting in a Bombay hotel having lunch. The transistor at the Bar announced the news of Indira Gandhi assassination; we were all simply stunned.

I have had the good fortune of personally knowing Indira Gandhi in mid-1950s. I was then a rookie journalist in Dehra Dun working as a stringer for mainstream newspapers such as The Indian Express, The Statesman and The Tribune.

Indira's Boys Rajiv and Sanjay were in the Doon School and their mother was a frequent visitor to Dehra Dun. Sometime she came alone while on other occasions she accompanied her father Prime Minister Nehru.

At times, Nehru accompanied Indira Gandhi to see his grandsons in the Doon School. It went to their credit that they did not throw their weight about, and were polite, courteous and observed all the rules and regulations of the school. At one time when the Doon School Headmaster John Martyn sought the withdrawal of Sanjay for telling a lie, she quietly withdrew the ‘admonished Boy’ without demur or ill-will.

Ms. Gandhi’s visits to Dehra Dun had become minimal. During those days, I only met her two or three times, and the old warmth seemed to have returned. I told her what I had been doing during the interregnum, and she looked at me as if in a reproach.

Indira Gandhi’s own life had truly been like a roller coaster ride. Ups and downs, downs and ups – that in nutshell was her undulated life journey spanning 67 years. One day, she was at the pinnacle of her glory and power, and then on another suddenly rolling down as if from a precipice.

She remained the Prime Minister of India for a total of 5,829 days spread over three tenures. The declaration of Emergency on 25 June 1975 was a black spot on Indira Gandhi’s otherwise bright image.

However, on the whole, she was considered as one of the most competent Prime Ministers that India had had. India’s victory over Pakistan that led to the birth of Bangladesh in 1971 was her crowning glory. That was proved to the hilt when she returned to power with a massive majority in the 1980 elections.

The Indira Gandhi that I knew was suave and courteous, and never imperious. She was polite with the staff at the Circuit House where she stayed; she was greatly respectful to seniors as also to the Masters at the Doon School. That was the Indira Gandhi I had known.

I did not have the opportunity to meet her after she became India’s Prime Minister. I sent her a couple of letters which remained unanswered and probably not even delivered to her. When she was assassinated on October 31 1984, I shed many a tear and wondered what would have happened if our friendly relations had continued. 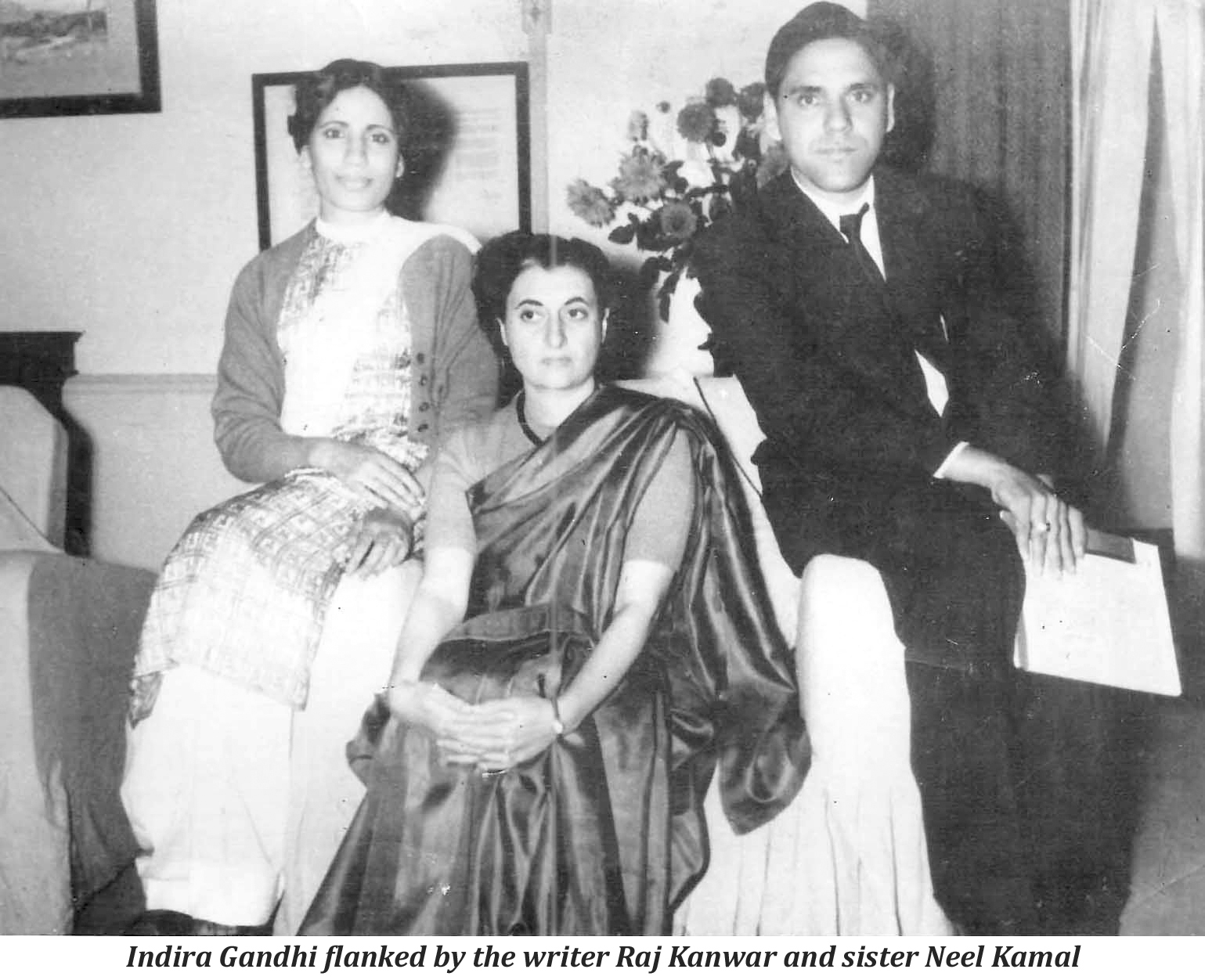