Why Diljit Dosanjh Has Become a Rage Across India Over Night

Diljit Dosanjh has often been in the eye of the storm

People’s movements are known to throw up popular figures and one such personality to gain overnight recognition during the ongoing farmers protests is actor singer Diljit Dosanjh. Twitterati and news consumers had a field day following the spat he had with Bollywood actress Kangana Ranaut who had shared a false tweet about an elderly Punjabi lady.

The issue is not just about a spat on social media and while it attracted eyeballs as a verbal spat with Ranaut, Diljit’s tweets carried many a message. To begin with he demonstrated how those spewing venom on social media can be shown their place without crossing the boundaries.

Secondly, he made an important statement by countering every tweet with replies in chaste Punjabi written in Roman script. This is being interpreted by a lot of people, particularly Punjabis, as a jibe at the 'one nation one language' campaign against which Punjab has been at the forefront. His tweet asking the celebrity actor to take the help of Google if she did not understand Punjabi went down very well here.

As one of the functionaries of Punjab Students Union (Lalkar) Gurman Singh pointed, “The people in rural Punjab downloaded Twitter to see what was going on. It is because of Diljit that even people from the southern states keenly looked at his tweets while grappling with what they meant in Punjabi. Come to look at it this way that while the politicians could not make Hindi popular with the masses across the country with their coercive approach, a series of tweets achieved a lot in this direction for Punjabi.”

This reporter has been receiving multiple calls from states like Gujarat where acquaintances wanted to know more about the tweets posted by Diljit Dosanjh, asking for accurate translations.

Another interesting aspect has been that till now Twitter duels have been dry and aggressive, usually being reduced to nasty and insulting tweets. Here there was an element of humour right from the word go. The Punjabis and even others who have links and understanding have responded to Diljit’s tweets through memes, photo shopped images, cartoons and video juxtapositions of all sorts unleashing unprecedented humour .

Come to think of it, Diljit has had his shares of controversies among the same Punjabis who are celebrating him today. Women activists affiliated to organizations like Istri Jagriti Manch had in the past held demonstrations against him for singing songs which they found inappropriate, offensive, vulgar, provocative and deplorable.

But today, because of the stand that he has taken for the dignity of aged women has led to a change in perception. “Whenever there is a people’s movement, it has an impact on everyone. The singers, whether it is Diljit or someone else, come from the same society. Today he has stood up against derogatory portrayal of our mothers. This is a reflection of the people’s sentiments in Punjab,” Amandeep Deol of Istri Jagriti Manch who has been camping at Tikri border outside Delhi, pointed out.

Diljit’s songs cover a wide range ---from those termed inappropriate to those that have a political content, deep meaning to religious ones. After all he was the one who had come out with the video of a song ‘Bodyguard’ that spoke of the Libyan leader Muammar Gaddafi. He had hit the national scene through the song ‘Ik kudi jida naa Mohabbat’ that was featured in the Bollywood movie ‘Udta Punjab’ that had raised a political storm in Punjab when it was released ahead of the 2017 assembly polls as it dealt with the burning problem of drug abuse in the agrarian state. The song was penned by none other than the iconic poet of recent years, late Shiv Kumar Batalvi.

His Punjabi numbers have been doing very well and can be heard across North India as Punjabi music remains immensely popular with the youth. This young man from Dosanjh Kalan village of Phillaur tehsil in Jalandhar district has made a mark for himself as a comedian in Punjabi films like ‘Jatt and Juliet’. But at the same time he has featured in serious films like ‘Punjab 1984’ set in the backdrop of Punjab insurgency.

As Gurman pointed out, “Things get reflected at two levels. During the normal times singers like Diljit and others sing and perform according to the popular demand and the image that they have carved for themselves. But when there is a people’s movement like the ongoing farmer’s struggle they get reflected in a different light since they come from the same agrarian background.” Perhaps this is the reason for several Punjabi singers, actors and artists throwing their weight behind Diljit.

It is being pointed that any movement becomes a people’s movement and a progressive one at that only when there is a participation of women who are also 50 per cent of the population.

“These ladies cannot be addressed in derogatory terms. They are equal participants in the struggle and have made immense sacrifices by leaving their home and hearths to join the men and brave the odds. When Diljit tweeted in support of motherly Mohinder Kaur of Bahadurgarh Jandian village of Bathinda, his tweets were seen as those in support of Punjabiyat as they talk about our mothers,” added Gurman.

It is in this context that Diljit has gained a nationwide following overnight as he has stood up against the information technology cells notorious for hounding people through their trolling armies. All his tweets have been liked and retweeted thousands of times. The rural Punjabis have also understood that they can set trends on the social media and put across their points of views. 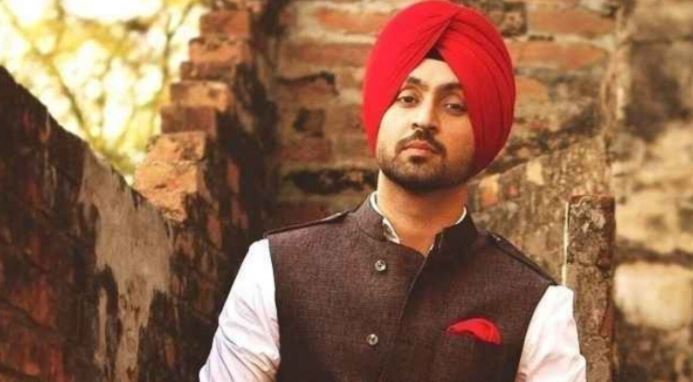