Next round of talks December 9

The fifth round of talks between farmer organisations and the government on December 5 remained inconclusive with the heads of farmer unions continuing to demand a “complete rollback” of the three contentious farm laws.

Ashok Dhawale, President of All India Kisan Sabha told The Citizen that government leaders present at the meeting said they would need to hold internal consultations within the government before presenting a concrete proposal. The next meeting has been scheduled for December 9.

“Central Government has said that they will send us a proposal on December 9th. We will discuss it amongst ourselves after which a meeting with them will be held that day,” ANI quoted farmer leaders as saying.

During the talks yesterday, representatives of farmer organisations demanded a solution or commitment from the government and even held a silent protest during the meeting. Holding placards that read “Yes or No”, farmers asked the government whether they would repeal the farm laws as per their demands.

“The main sticking point is that farmers are not asking for reforms in the three Farm Acts, or written assurance that there will be continuation of the existing MSP/procurement regime,” stated Kavitha Kuruganti of the Mahila Kisan Adhikar Manch. Kuruganti is reportedly the only woman to be a part of the farmer-government talks.

“They are asking for a complete repeal of the three Farm Acts and an overhaul of the MSP/procurement regime, within a statutory framework now. Government is not willing to do this. Even though the government representatives were asked pointedly if they have any rationale for not repealing, there was no reply,” she told The Citizen.

Post the meeting, Union Agriculture Minister, Narendra Singh Tomar urged the farmers to “keep faith” in the Modi-led government and thanked them for maintaining discipline. “We've told farmers that govt will consider all their aspects. It would've been easier for us to find a solution if we get suggestions from farmers' leaders,” ANI quoted Tomar.

According to the news agency, the Agriculture Minister also requested protesting farmers to “give up their movement so that they don't face inconvenience in this cold weather & citizens of Delhi can also live a life of convenience.”

Ahead of the fifth round of talks, farmer organisations—under the banner of the Samyukta Kisan Morcha—had called for a Bharat Bandh on December 8, remaining adamant on their demand for the repeal of the three farm laws and the Electricity Bill, 2020.

Appealing to all sections of society, including workers, traders, students, women and the youth, farmer organisations have urged them to express solidarity with the agitation and ensure that the bandh scheduled for Tuesday goes off successfully.

“Uptil now, the government is generally talking in terms of merely tinkering with these laws,” Dhawale told The Citizen before the fifth round of talks took place. He referred to the fourth farmer-Centre talk, during which the government stated they would be willing to consider eight amendments to the laws that have farmers fearing for the loss of their livelihoods.

“The farmer organisations are very clear that all the three laws are totally pro-corporate and anti-farmer and therefore just a few changes here and there will not satisfy the farmers,” Dhawale said.

The decision to organise a countrywide bandh was unanimously taken by farmer organisations at a meeting of the Samyukta Kisan Morcha at the Singhu border on December 4. “All of us very unanimously decided that nothing less than the repeal of the laws will satisfy the farmers,” Dhawale stated.

“Now, there is no other choice but to intensify and widen the struggle,” he added.

With lakhs of farmers gathered at the Singhu, Tikri and now Ghazipur borders, Dhawale said that more farmers are joining in from Uttar Pradesh and Uttarakhand as well. “Everyday the number of farmers is increasing,” he told The Citizen.

Regarding the amendments to the laws that the government is willing to consider, Kuruganti stated that “tinkering” with the laws was unacceptable.

“Amendments are not acceptable to farmers,” Kuruganti stated. “They are saying that they have never asked for a new free market regime to be created. Why should the government ram it down their throats?” she asked.

“They are also saying that if the very objective of a statute is wrong, its various provisions will also be wrong as is the case here, and a simple tinkering with amendments here and there will not work,” she told The Citizen.

“The laws themselves are not acceptable,” Dhawale stated. “The whole direction of the laws is totally to help the corporate sector. And it'll lead to a lot of damage to the farmers, that is the general feeling among all farmers, who have gathered here and in the rest of the country,” he said.

Dhawale further added that while the BJP-led central government is attempting to make the agitation out to be a struggle of only the farmers from Punjab and Haryana, in reality it is a nationwide struggle. According to the AIKS President, on December 3, large road blockades were organised all over the country at the call of the Samyukta Kisan Morcha—the umbrella organisation leading the agitation, under whose ambit there exist around 500 farmer groups.

Clarifying that the call for a nationwide bandh is not a political appeal, but one unitedly sent out by farmer organisations, Dhawale stated, “We are going all over the country, appealing to all sections who are supporting the farmers' cause. Because after all, the farmers are the annadata of the country. If the farmers don't grow the food, the whole country will go hungry. So therefore if they are suffering, it is the duty of the entire country and of all citizens to stand by the farmers.”

The farmers have long-been demanding a legal guarantee on Minimum Support Price (MSP) for their produce. Dhawale stated that there has been little to “no progress” on this front.

During the series of talks, the Union Minister for Agriculture reassured protesting farmers that the MSP system will continue, even with the implementation of the new laws.

Dhawale said that these assurances mean little when it comes to the MSP, as the “MSP they are declaring so far is not the real 1.5 times the cost of production which the Swaminathan Commission had envisaged.”

“Even in the last six years when it (the government) has been announcing MSP, they have not been taking into account the entire cost of production.”

“Those two bills are very fundamental. The first is freedom from debt. That is a complete one time loan waiver to all farmers in India by the central government. And the second bill was the Swaminathan Commission’s formula of remunerative prices,” he explained.

He confirmed to The Citizen that in light of the fifth inconclusive talk held yesterday, the plan for a Bharat Bandh was still on. Kuruganti too, confirmed the same.

“The intensification of struggle in the form of this bandh, as well as more people joining on more routes into Delhi is necessary because the government appears to have made this into a prestige issue in some ways. That is not the right position to take,” Kuruganti stated.

“By now, the government should have agreed to repeal. After all, they brought in these laws without consultations, without anyone asking for them,” she added. 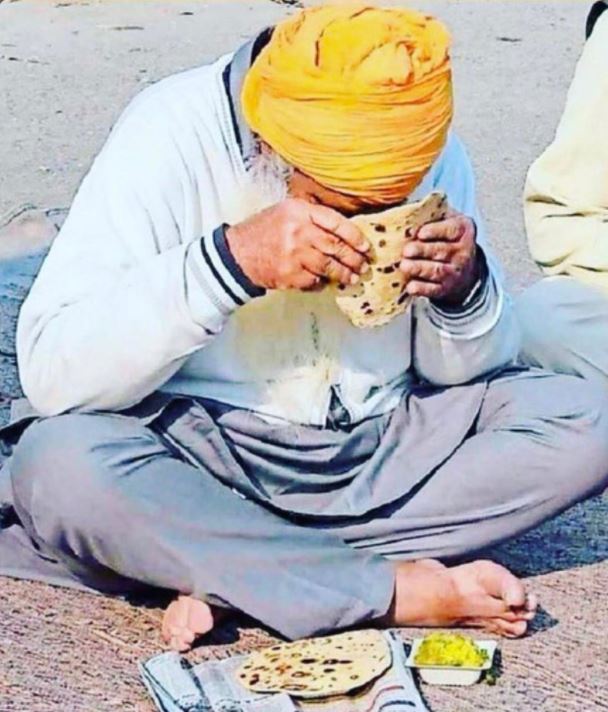