A 65 year old Sikh priest shot himself dead as he was unable to see the pain of the farmers, with his letter now being circulated widely amongst the agitating peasantry in the states and at Delhi’s borders.

Reports suggest that Sant Baba Ram Singh Nanaksar Singhrawale in Karnal shot himself in his car near Kundli border which is just a couple of kilometers from the epicenter of the farm protests. He had allegedly gone to the protest site along with some of his followers to mark his support fpr the farmers. Reports say that he asked his followers to move towards the protest site, asked the driver for pen and paper and went on to end his life after penning a note.

The note in Punjabi says that he was deeply pained at the plight of farmers fighting to secure their rights. “I share the pain because the government is not doing justice to them, While inflicting injustice is a sin, tolerating injustice is also a sin. To support the farmers, many have returned their awards to the government. I am sacrificing myself,” the note said.

He was rushed to a hospital in Panipat where he was declared brought dead. The extreme step taken by the religious personality has left everyone stunned and has come as a big shock accompanied by expressed sorrow.

“He was no ordinary human being. He had a very large following among the masses and was always ready to help people, particularly when they were pitted against odds. He was always ready to help them with whatever was needed. He should not have done this,” said Bharatiya Kisan Union (Ugrahan) leader Gobinder Singh who knew Baba Ram Singh for almost a decade.

He further told The Citizen, “It is a historical fact that people have fought long battles to secure their rights and the ongoing movement is no different with people from all walks of life pitching in. The ‘Pagri Sambhal Jatta’ movement that was launched against the controversial act promulgated by the British had continued for nine years. While we mourn the demise of Baba Ram Singh, we must remember that at least two protestors have been losing their lives everyday ever since the move towards Delhi began. The government has become shameless, it is now pitted against the will of the people.”

Professor (Retired) Manjeet Singh who is an expert in sociology said, “The shooting by Baba Ram Singh cannot be seen as suicide. It was something done in a different spirit and should be seen as ‘self sacrifice’. The episode has an altogether different connotation. It carries a message that we can go to any extent to secure our rights.”

He pointed put that Punjabis are emotional. If the government is not moved even by people returning their medals something is seriously wrong. Farm leaders, intellectuals and other civil society leaders have been making appeals to the people not to resort to any extreme measures and keep restraint so that the issue does not flare up.

“The incident can have double edged repercussions. On one side it has the capacity to encourage people for sacrifice and on the other it conveys that people can go to this extent. It needs to be understood that Sikh history is replete with instances of sacrifice right from the Gurus to warriors and these episodes are re-invoked time and again,” the Professor added.

Veteran political commentator Jagtar Singh viewed the step taken by Baba Ram Singh in a different perspective.For him it as an act of desperation and reflection against the failure of the government to solve the problem.

“It is a fight for natural resources where the corporate want to have total control. And the Bharatiya Janata Party (BJP) is functioning as a tool of the corporates. First it was the health and education sectors that were destroyed and now it is the turn of agriculture. This is the basic issue,” he told this reporter.

He pointed that it is a historical phenomenon in this region that Muslims and Sikhs have been landowners and this ownership has influenced their lifestyle and culture. Now people perceive a threat to their land and also culture.

There is a lot of anger among all segments of the society in Punjab over the confrontational approach adopted by the Narendra Modi led government at the centre on the issue of controversial agrarian bills. The people say that instead of trying to organize parallel groups in support of the legislations, the government should address the genuine concerns of the people.

There is a anger over the manner in which attempts have been made by various elements to discredit the farmers’ protest by calling agitators names like ‘Khalistanis’, ‘naxals’, ‘anti nationals’, ‘those backed by Pakistan and China’ etc. The public sentiment is that it is the job of the government to diffuse the situation instead of allowing the situation to deteriorate.

The death of Baba Ram Singh has drawn sharp political reactions as well. Shiromani Akali Dal (Badal) president Sukhbir Singh Badal came out saying, “Sant ji’s sacrifice won’t be allowed to go in vain. I urge GOI (Government of India) not to let the situation deteriorate any further and repeal the three agri laws.” The party which was one of the founding members of National Democratic Alliance (NDA) had recently walked out over the controversial legislations.

Congress leader Rahul Gandhi tweeted saying that the Modi government has crossed limits of cruelty and it must immediately withdraw the controversial laws.

The incident of the religious personality shooting himself in support of agitating farmers is set to have long run political ramifications not only in Punjab but in Haryana as well. Significantly, despite efforts the farmers of both states remain united in demanding the repeal of the three farm laws, and are working together to ensure this. 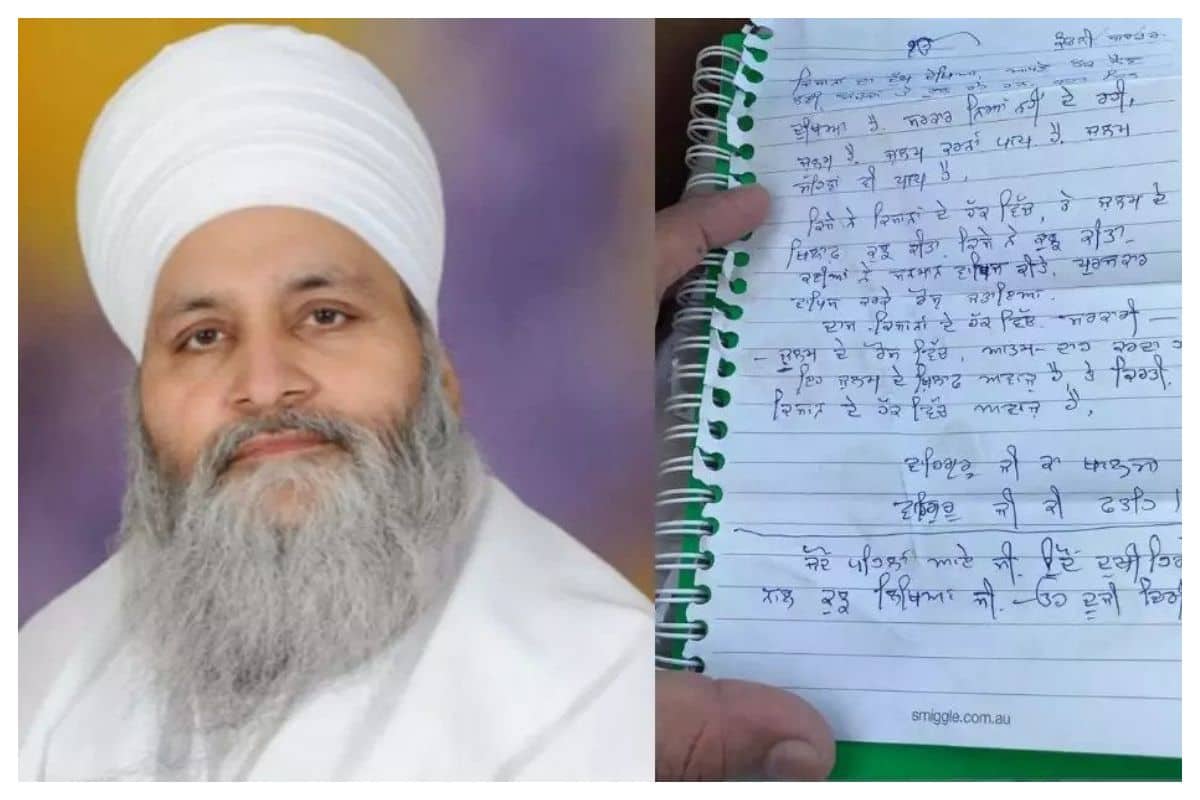