NEW DELHI: Ever since Dr Kafeel Khan went out of his way to take charge and stem the calamity unfolding at the Baba Raghav Das Medical College at Gorakhpur his life has taken a turbulent turn. Hailed as a hero by sections of the media for saving the lives of children impacted by the sudden disruption of the oxygen supply, Khan evoked a strong anti reaction from Uttar Pradesh Chief Minister Yogi Adityanath that seems to have been on play these long three years.

Khan who has spent two long stints in jail for speaking up for justice, and addressing meetings across the country, was released this time around on February 10,2020 by an Aligarh court but arrested immediately three days later under the National Security Act. He was released finally on September 1, 2020 by the Allahabad High Court and all charges under NSA against him were dropped.

Khan, who was impacted both mentally and physically, with this sought to heal himself amidst a nurturing family that has also paid a heavy price for the young doctor’s commitment to his profession, and to the cause of justice. His brothers had to close down businesses, one of them was shot at an injured, his wife and two little children went from pillar to post to seek his release, his ailing mother saw her family break before her eyes in pain and deep anguish.

So there was great joy in the family this year when Khan’s youngest brother’s wedding was arranged and the date December 17 announced. This, as he said, was the first good news that the family had received in three years of hell, and every one was informed of the good news and invited to the wedding. He was particularly happy that his mother could get out of the web of anxiety and fear about her sons safety, and revel in the preparations for the marriage.

But then unexpectedly, another bolt struck the family. And was almost devastating in its impact. Just as they were sending out the wedding cards, the Uttar Pradesh government moved the Supreme Court to quash the Allahabad court order. And the date fixed for the hearing was December 17, the same day that Khan’s brother was getting married. And was the day of joy after three years of ceaseless agony for the family.

The tension returned amidst the preparations. The smiles disappeared and the pre-wedding festivities lost the joy. On the wedding day Khan made his way to the court, bidding his family goodbye and giving his mother an extra long hug. Given the past trajectory no one knew what would happen in case the court accepted the UP government SLP.

He left “prepared for arrest” but the streak of joy continued. And the Supreme Court dismissed the state government petition. The Bench took the view that it was a good order and there was no reason for the apex court to interfere with it.

When contacted Khan told The Citizen, “I could not sleep last night as anything could have happened. There was a lot of tension in the house with the family members again more worried than happy. I hugged my children goodbye before leaving for the court, and held on to Ammijaan for long.No one was sure whether I would come back or be arrested from the court itself. But when at the apex court, the Honourable Chief Justice literally threw aside the UP government’s petition after upholding the high court order on repealing the NSA charge I finally heaved a sigh of relief.”

And returned to the family festivities that acquired new vigour as a result. 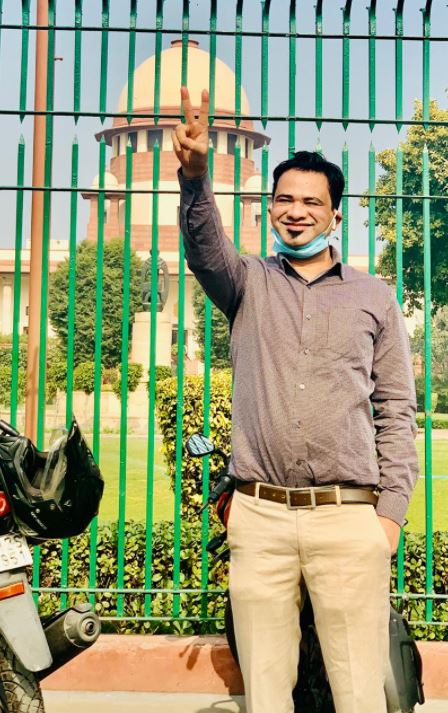