Why Farmers are Not Buying the Government Narrative on the Farm Laws?

Information is the key

Steady information and continuous communication has cut into government efforts to create disunity and division amongst the farmers protesting at Delhi’s borders. Even Prime Minister Narendra Modi’s lengthy speech failed to cut ice with the farmers who remain determined to continue with the protest until the three farm laws are repealed.

We will lose our land if these laws come into effect, is the unanimous view of farmers that has fuelled their resilience and refusal to accept placatory noises from Delhi.Demonetization, shoddy implementation of Goods and Services Tax (GST) and more recently the manner in which the lockdown was imposed amid Covid-19 outbreak has created a level of distrust that the central government is finding impossible to penetrate.

The farmers remain furious about the campaign to label them terrorists, and to divide them on issues like the Satluj Yamuna Link (SYL) canal that has been a contentious issue between Punjab and Haryana for decades now. They are also annoyed at the government calling the protests a handiwork of the Left and the Congress, as the majority insist they are agitating of their own volition and kisan sabhas and have little to do with political parties.

For months preceding the farmers march to Delhi, the Kisan organisations have been working hard to spread facts and information about the three farm laws, Articles were translated into Punjabi and circulated widely as pamphlets. Meetings were held on a daily basis in village commons called saths” and the participation fo women and children was encouraged and ensured.

“We went around telling the people how this is not the first time that an attempt is being made to snatch their lands and livelihoods. We put it in a historical perspective telling them about the Ghadar movement, Praja Mandal movement, Pagri Sambhal Jatta movement etc. We told them that there is not just an economic dimension to the issue. There are social dimensions as well. This is the reason you see women from the age of seven to eighty sitting at the forefront with the male protestors,” Narayan Dutt of Inquilabi Kendra Punjab told The Citizen.

Dutt has been among those instrumental in generating mass awareness on the issue of farm legislations. “Punjab was at the forefront to speak out for the rights of the farmers when India became a signatory to the World Trade Organization (WTO) legislation in early 1990s. The state has always been at the forefront when it comes to fighting for the rights of the working class, particularly the agrarian sector. One thing that can be said clearly is that people have won this battle. The government may try its best to quell the protest but the people have made it realize that the intentions behind these acts are malafide,” he added.

Common people have been coming up with one reply when asked about the controversial laws. They say, “Why has the government agreed to the amendments if the acts were actually perfect and in the interest of the farmers.”

The different farmers’ leaders from various states said that the government is still trying to portray this protest as something confined to Punjab and Haryana. They pointed that there farmers from at least 10 states are at the protests. These include Madhya Pradesh, Rajasthan, Gujarat, Karnataka, Maharashtra, Uttar Pradesh. The farmer leaders maintained that the agitation is being intensified across the states. Even though, according to them, in BJP ruled states the farmers were not being allowed to join the protests.

Kisan leader Darshan Pal said, “The government has been lying throughout when it comes to informing the people on what has been happening in the meetings between the farmer organizations and its representatives. It has been trying to defame the movement. Such is not expected at the government level.”

The information spread has been wide and thorough as every person at the protests knows exactly why he or she is there, and the day to day developments therein. They are all well versed with the talks between their representatives and the government, as the members return and make sure every detail is shared with the protesting farmers, and are keeping a close watch to ensure disruptors are not able to enter the protest sites. Information is the weapon, as a senior farmer leader said, and the main reason why the kisans have started their own newspaper and Youtube channel to ensure that everyone has access to the same information as the time. This, according to the farmers, guards against rumours, and challenges those seeking to spread lies.

The farmer unions have agreed to resume talks with the government on December 29 and have set the agenda for the talks. They have asked the government to spell out the modalities for the repeal of the three controversial laws. They have further asked it to tell the mechanism and procedures for ensuring legal guarantee of MSP. The other two items on the agenda pertain to the electricity law and burning of paddy stubble. 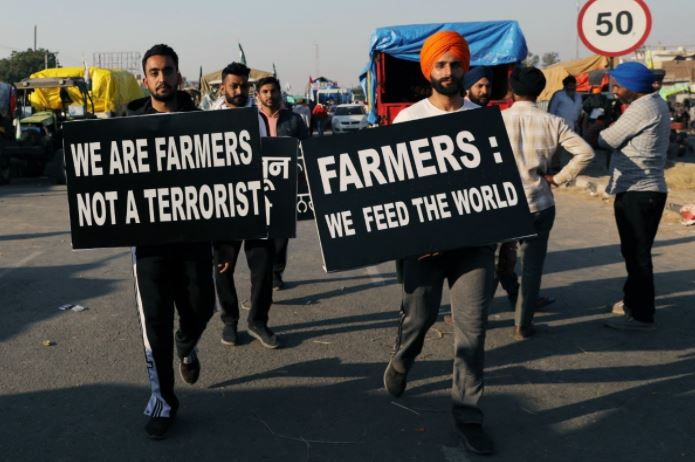