SRINAGAR: Since the abrogation of Article 370 on August 5 2019, Kashmir valley witnessed an unprecedented shutdown of educational institutions as life came to a standstill. It has been more than seventeen months since, and schools in the valley remain deserted.

Parents complain that they have been struggling to keep their children active or academically involved.

Looking at his 7 year old son watching television, Ajaz Ahmad says, “Our children have been confined to their homes for so long, I worry a lot about my child’s development. Education is not just about attending classes and giving exams, education is the holistic development of a child. It is important to go out and interact with other kids, that’s how you learn and grow. But for our children here, they hardly go to schools, or even outdoors because there is this constant fear that we have as parents.They simply do not get the same opportunities as other kids of their age and I feel sad as a parent. It is as though their childhood is lost”

Teachers are equally concerned when talking about their students.

“Children in Kashmir have suffered immensely, they have lost touch with their studies. Even as education went online post pandemic there was still very little hope for Kashmiri children with the throttled 2G internet speed. My students and even me, we struggled with the zoom classes. I used to lose connection and the next moment someone else used to lose connection. It was not an ideal online class experience for us with the throttled speeds''.

Private Schools Association Jammu and Kashmir (PSAJK) filed a petition in the Supreme Court contending that the lack of 4G connectivity for internet in Jammu and Kashmir is infringing the fundamental right to education. The Supreme Court, which heard the petition on May 11, refused to pass an order to restore 4G internet, leaving the decision to a special committee, led by the Union home secretary, and since then nothing has been done, the 4G ban continues.

“Children across the globe have been taking online classes during these difficult times but we in Kashmir don’t have access to fast internet, so online learning has not been as helpful. Sometimes it takes me a day to download one recorded online class, so I worry a lot about my future, I feel like I am not equipped to compete for competitive exams because my peers obviously have better facilities and they are at an advantage” says a NEET aspirant from the valley.

“Children in Kasorld. Their concepts are clear, and they have a better understanding of things” says a student who moved to Delhi for her professional studies and has always been at a great disadvantage when it comes to competing with the outside.

“Every year it is something or the other, then the education board just goes on and cuts down our syllabus or gives us a mass promotion, in the moment it feels good but it's actually not helping anyone, that’s not the solution. We are not ready to compete with the outside world, the children outside Kashmir go to schools regularly and learn things but it's different for us, I don’t know what the future holds for us,” she says. 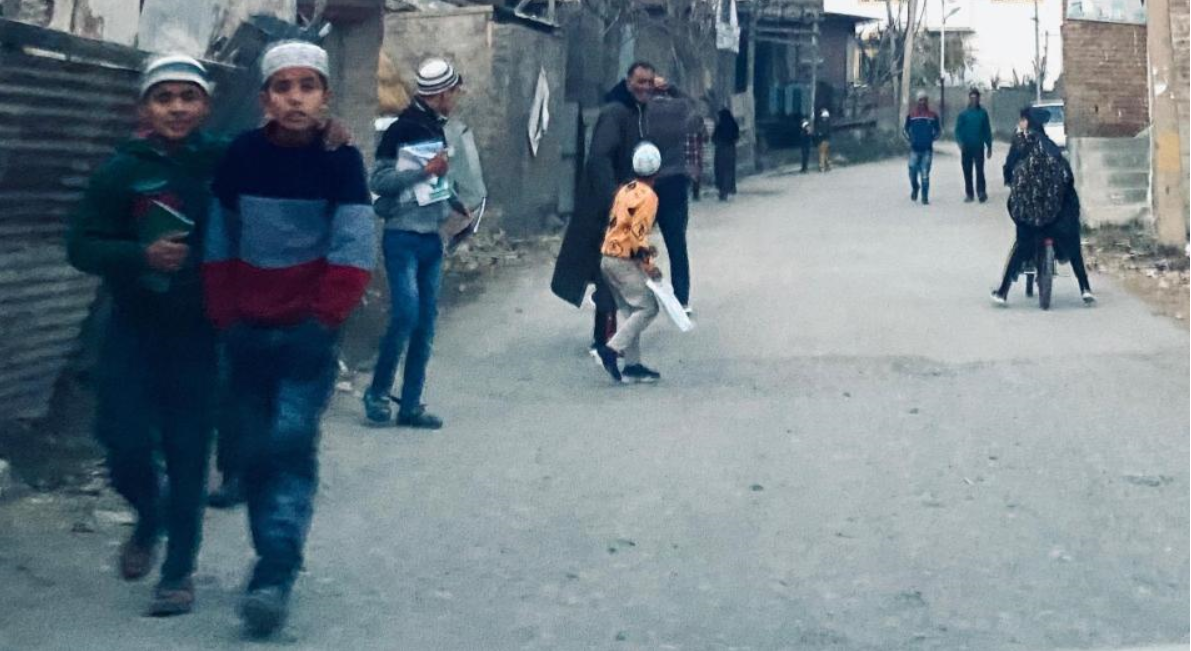