Mobs, in the hundreds, allegedly vandalised homes and damaged properties in Muslim-dominated Dorana village in Mandsaur district of Madhya Pradesh, according to reports filtering in from the state. Sections of the media have reported incidents of communal tension in the state during rallies organised by right-wing Hindu-groups to collect funds for the construction of the Ram Temple at Ayodhya.

Videos have gone viral on social media of a group raising slogans, having blocked a narrow lane near a mosque in Dorana. A few persons can be seen atop the mosque with saffron flags. Mandsaur Superintendent of Police, Siddharth Chaudhary told reporters that the police immediately ordered those who had climbed atop the mosque to get down. He confirmed that there was no damage to the structure and added that no permission had been taken for the rally.

The group had also damaged houses belonging to the Muslim residents of the village, officials from Nayi Abadi police station confirmed to the media. Fearing trouble, women residents were sent to neighbouring villages. Others took shelter in the fields and later reported that they were chased by the men as well. However, no injuries were reported,Five persons have reportedly been arrested so far.

Clarion India, on December 31, quoted residents of Dorana village alleging that homes, including furniture were destroyed by thousands belonging to right-wing Hindu groups from nearby villages. As per the report, one resident alleged that the group damaged properties in the presence of the police and they primarily targeted seven or eight big houses and “looted two shops”.

“A 5,000-strong group had come to our village around 2 pm. They kept damaging properties for three to four hours. All Muslims had left the village. They played DJ in front of the mosque to incite the Muslims. No one said anything on this as no one was there. Then, they removed the Islamic flags from the houses and placed saffron flags there. No one prevented them from doing this. Then, they started vandalising and looting properties,” Clarion India quoted another resident of Dorana.

Police have reportedly lodged four FIRs for alleged vandalism and desecration of a religious place along with two separate FIRs that were filed by Hindu groups against Muslims with the claim that they were abused and attacked.

Earlier, communal tensions sparked during another fund-collection drive in Chandankhede village, under Gautampura police station, Indore where around 200 members of Hindutva outfits allegedly chanted slogans outside a mosque, reported The Indian Express.

Those participating in the drive reportedly chanted Hanuman Chalisa while prayers were being offered inside the mosque. Violence broke out, leading to stone pelting. Some from the group allegedly attempted to damage the mosque, witnesses told the media. Videos of the group attempting to damage houses and vehicles began doing the rounds on social media as well. The police reportedly detained 24 people in connection with the incident.

A day after, district administration began demolishing around 80 houses in the Muslim-dominated village area, claiming that the work was being undertaken for widening the road. The Indian Express reported that when questions were raised about the demolition of the home of a Muslim resident, who was allegedly caught on camera pelting stones during the clashes a day earlier, Madhya Pradesh Home Minister Narottam Mishra said, “Jahan se pathar aaenge, wahin se toh nikale jaaenge (The direction from where the stones come, that decides the eviction).”

“These homes were demolished in the presence of police and by the police itself,” alleged Vineet Tiwari, social activist and National Secretary of the Progressive Writers’ Association. “Where these hooligans were also present and police gave this excuse that we demolish these homes because the owners of these homes were involved in the violence that happened yesterday,” he added.

“First they were made victims of the entire situation, then victims were made villains. And then they demolished their homes,” he told The Citizen.

Before the Chandankhede incident, a similar situation developed in Ujjain’s Begum Bagh area where members of a rally taken out by Bharatiya Janata Yuva Morcha began chanting slogans, culminating in stone pelting.

Tiwari said that communal tensions were being ignited to distract from the farmers’ agitation and keeping in mind the approaching local body elections in Madhya Pradesh. “This all is planned in a very systematic manner in BJP-ruled states. They are trying to provoke these communal issues and Muslims so that the attention from the farmers’ agitation can be shifted. Also in MP, they are going to face local body elections,” he told The Citizen.

Senior Advocate and former Advocate General, Anand Mohan Mathur told The Citizen that he is looking at filing a PIL in court against the violence sparked during fund-collection drives in the state, once he receives the complete facts.

Through the PIL, Mathur said he will be asking the state to pay compensation to all those whose property has been damaged. Secondly, he added, the PIL will ask for a direction from the High Court to the state to protect people and stop “these persons from taking out a procession for subscription for Ram Mandir.”

“What I want is a committee to be formed by the High Court to inquire into these matters and a direction to the DGP and Home Minister that this (fund-collection rallies) all be stopped immediately,” he told The Citizen. 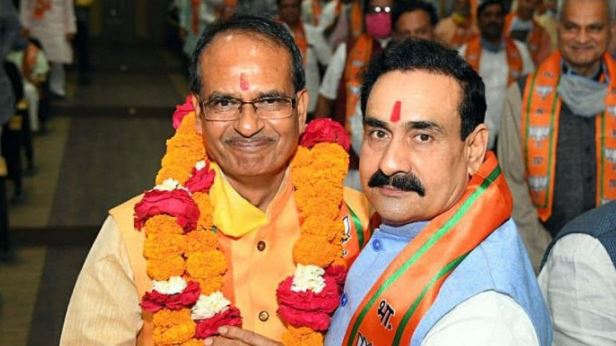